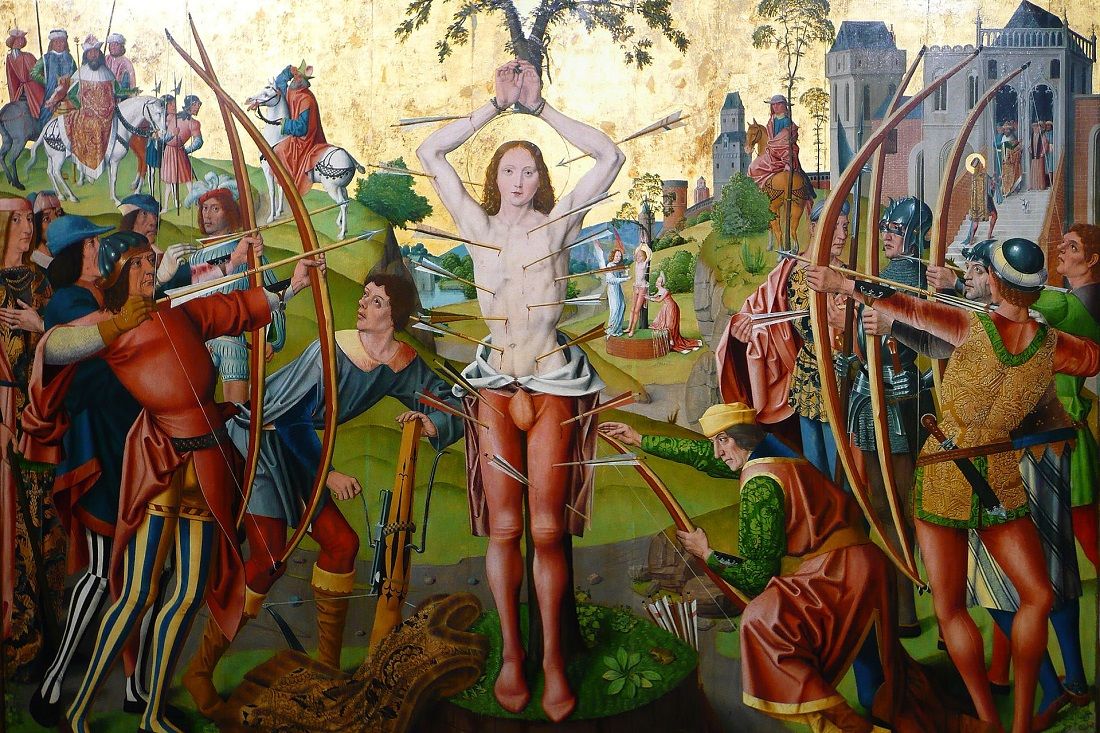 As much of the world, including Pope Francis, has been focusing on the case of little Alfie Evans, a similar case—that of Charlie Gard—obviously looms in the background as precedent. The case, which exploded on the scene in the middle months of 2017, divided many Catholic thinkers.

A good summary of different views can be found in this piece by Tobias Winright of Saint Louis University. A poor summary, unfortunately, can be found in the most recent issue of Theological Studies in an article by John Paris, SJ, Michael P. Moreland, and Brian M. Cummings.

Indeed, these authors decided to lump together the views of Prof. Jana Bennett and myself with those offered by Breitbart News. As one might imagine, the article fails to wrestle with our views in any serious or sustained way.

Aiming at the Death of the Disabled

Prof. Bennett and I are committed to the fullness of the Catholic tradition on medical treatment. Indeed, my dissertation and first book argues that taking Catholic Social Teaching seriously means substantially expanding what could be considered an extraordinary means of (even life-saving) medical treatment.

But, in thinking about the exemplary Charlie Gard case, we need to go back to the origins of the tradition on ordinary and extraordinary means. The tradition developed during the late Middle Ages when those practicing battlefield medicine went to the confessional with their decision to honor the requests of soldiers to forgo life-saving treatment (obviously without pain medicine). Confessors and moral theologians were confronted with a question: Was this participation in suicide? After periods of reflection, it was decided that the principle of double effect worked here in a way such that the refusal to do life-saving treatment in such a case was not aiming at death and could have a proportionately serious justification.

But the analysis always begins with the foundational value of the irreducible dignity of the human person. It is never licit to aim at the death of an innocent person, either by action or omission.

This exceptionless moral norm in Catholic moral theology, unfortunately, was not foundational in the Theological Studies piece mentioned above. Indeed, Prof. Bennnett’s argument that this was discrimination against the disabled, though acknowledged in the article, is never actually engaged. And it is a powerful argument indeed:

The focus of the court’s documents is not on Charlie’s imminent death, but on his brain function. That does not, to me, mandate what “Evangelium Vitae” calls the “acceptance of the human condition in the face of death.” Rather, it suggests to me our own societal failure to accept people with disabilities, including and especially mental disabilities.

In another piece on the case, I noted that the judge in Charlie’s case explained in his ruling that “Charlie’s parents accept that his present quality of life is one that is not worth sustaining.” One of Charlie’s physicians said, “It could be argued that Charlie would derive no benefit from continued life.”

Here one must then ask: If Charlie Gard had continued to breathe after extubation, what would the reaction of his physicians and the judge have been? It seems clear they would not have been happy. The goal was not to remove medical treatment whose benefit was outstripped by its burden. Rather, they were aiming at Charlie’s death by omission on the basis of his mental disability.

Those who are operating with a foundational concern about the inviolability of human person should have called this out as a primary problem in the reasoning of the Charlie Gard case. Not least, as I also argued as the case was unfolding, because when we accept aiming at death by omission we lose our capacity to stand against aiming at death by action.

The authors of the Theological Studies article rightly point out that parental rights are not absolute. But nobody is arguing this. If it could be shown that Charlie’s parents would be abusing him in seeking experimental treatment then the public authorities should stop the abuse. The authors rightly offer the case of Baby Doe—a child who was starved to death because of a mental disability—as a classic example of a case where the rights of parents should have been overturned by the state.

But Charlie Gard’s parents seeking experimental therapy should in no way be seen as anything approaching abuse. Early on multiple medical authorities thought there was a reasonable chance of Charlie benefiting from the treatment—especially because medical authorities knew so little about his ultra-rare ailment. And certainly those technologies and people aiding Charlie’s breathing and nutrition were benefiting his functioning as a fellow (though disabled) human being. He was a pink, plump baby who was in no immediate danger of dying.

That the UK authorities could use the threat of force to keep Charlie’s parents from seeking experimental treatment imposes a particular understanding of the good onto a thick case with multiple, complex, and contested moral questions. Here are just a few:


Given the moral complexity present in just one of these questions—and especially when considering them all together—it is ridiculous to claim not only that (1) Charlie was being abused by his parents seeking treatment, but also that (2) the abuse is so obvious and grave that the state should use the threat of force in taking the decision out of the hands of the parents.

Privilege and Authority in Medical Decision-Making

The NHS and broader UK government has an argument to make about just allocation of resources within its own health care delivery system, but it has absolutely no moral authority to restrict Charlie’s parents from seeking this experimental treatment elsewhere. There are numerous good reasons Catholic teaching normally insists that medical decisions be made by those closest to the moral concerns in question. Parents are responsible for acting in their child’s best interests, informed by their own particular understanding of the good, more generally. But their understanding of the good has particular import for dramatic situations like the one faced by Charlie Gard. If parents have any right act in their child’s best interest, they have the right to do so in a medical context.

Furthermore, physicians—due in part to biases of cultural privilege and social class—often have a poor record when it comes to rating quality of life and defending the most vulnerable. For instance, they routinely rate the value of the lives of their disabled patients worse than the patients do themselves. In my research on neonatal bioethics I learned of the shocking practice of neonatal teams which would “slow” or “show” code patients who, contrary to the views of the parents, they deemed to have lives not worth trying to save.

This bias and arrogance can also lead to terrible clinical mistakes.

Consider the case of Ashya King, a young boy whose parents took him out of a UK hospital against physician-advice to seek experimental proton beam therapy for his rare brain tumor. UK authorities tracked them to Spain and had them arrested. After three days of international public outcry, the family was released and King’s parents eventually got their son the experimental treatment. Today, three and a half years later, Ashya is cancer-free and unlikely to need further intervention. Astonishingly, the NHS seems to be vindictive in not offering Ashya things like MRI scans, or even speech and physical therapy.

No one has the right to demand a disproportionate amount of their community’s health care resources, but in the cases of Ashya King and Charlie Gard this was not the issue. Physicians and other health care providers obviously have no moral authority to aim at the death of their patients, but they also have no moral authority to decide the very complex moral questions present in the decision whether or not to take Charlie Gard for experimental treatment. That decision belongs to those closest to him; to those who, even in far less dramatic contexts, we understand have the right (and duty) to act in his best interests.