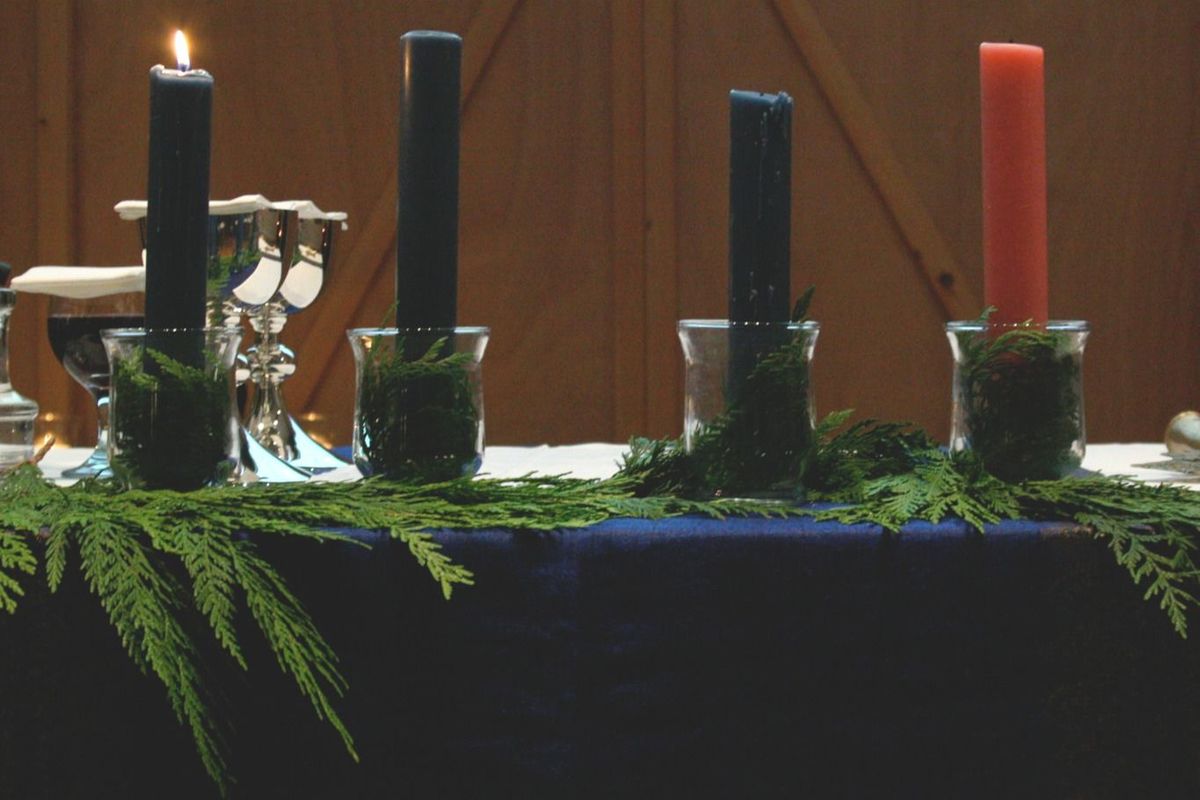 —Madeleine L’Engle, “The Birth of Wonder”


Advent—like Lent—is a liturgical period when we mark time according to what is still hidden. The Easter Hope is shrouded in sin and suffering, it has not yet broken open the world in Resurrection; the Christmas Hope of Christ’s glory is shrouded in the womb of the Virgin, it has not yet breached into the waking world of man. But Advent—unlike Lent—is not a season of penitential sorrow. Rather, Advent is a period of deep anticipation of the lasting joy that is coming into the world.

To keep Advent is not to pretend, in a facile suspension of belief, that Christ has not been incarnated, that his great Nativity never occurred. Rather, to keep Advent is to walk in liturgical solidarity with all humanity’s forebears who lived in the pre-Incarnation world and to commemorate their anticipation of a Savior. As we walk with them along their journey of anticipation, we sense that we ourselves are a people still in suspension. We, the Church of the present, are still anticipating the advent of a great unveiling, even as the Resurrection himself dwells still in our midst.

We are anticipating the realized vision of the magnificent Christ, bursting upon the world. We await the fullness of all time when Christ will come, not in the disguise of human vulnerability, but as the majestic Son of the Most High, resplendent in his power. Practicing the Advent anticipation of Christmas is an instruction of how to await this final parousia. In her lovely meditation on the movements of the liturgical year, The Irrational Season, Madeleine L’Engle points out that the end of chronos is not so much “a going [than] as a coming.” It is the beginning of new things, rather than an ending. “It is the redemption, not the destruction of Creation” (3), says L’Engle. Just as Christmas is the arrival of the Christ child in a world that desperately desires his redemption and healing, so Christ’s return will complete and transform the world that desperately yearns for completion. Our anticipation for Christmas is not a panicked suspense until the terrible denouement of all things, but a wondrous excitement for the commencement of history’s new chapter.

In his Eschatology, Joseph Ratzinger writes of how the expectation of the parousia changes the Christian’s view of history. Ultimately, the completion of the world, the world’s perfectibility, will not take place through humanity’s efforts; it will not arrive through our attempts to mold history, “but through that indestructible love which triumphed in the risen Christ” (213). Expectation of the parousia reminds us that history, which seems like it is in our hands to direct, still belongs to Providence. The transformation of the earth into the Kingdom of God, which we slowly struggle to build, will not ultimately manifest itself through our own labors, but through the glorious action of the Lord.

As we celebrate the liturgy, a “parousia-like event taking place in our midst” (Ratzinger, 203), the Church enters into the heart of the cosmos, and works for its transformation. In the Eucharistic liturgy, Christ comes not just a second time, but an infinite number of times, until time itself ends. And each reception of this Eucharistic parousia provokes in us “the tensed yearning that he would reveal his hidden Glory” (203) to us and to the world. The Eucharist whets our appetite for Christ’s final coming, prompting us to shout with the early Christians, Maranatha!

We wait for the joyful, loud, and unmistakable arrival of our Savior accompanied by trumpet blasts and clouds of witnesses. We wait in Advent silence for the joyful flare of “Adeste Fidelis.” Until then, we receive the silent, hidden Incarnation in humble bread and breakable human flesh.


So come now, Lord Jesus
Come in your silence
breaking our noising
laughter of panic
breaking this earth’s time
breaking us breaking us
quickly Lord Jesus
make no long tarrying