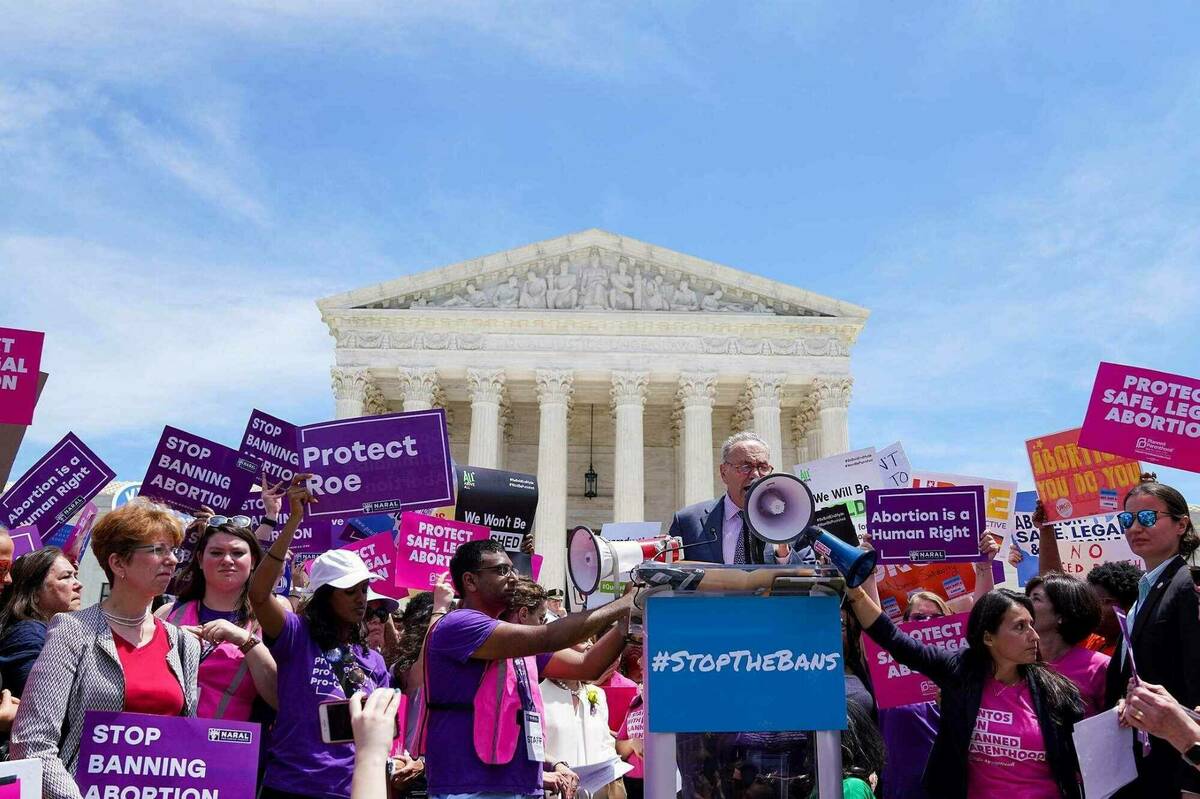 For nearly a half-century, abortion has been one of the most polarizing and contested issues in American politics. The leak of Justice Alito’s majority draft opinion in the Dobbs case has occasioned bleak speculation from abortion rights advocates about what the perils of a post-Roe world might look like, especially for poor women and women of color. Amidst the multiplication of articles and op-eds, I have not yet seen one that addresses claims being made regarding the necessity of abortion and women’s health.

Amidst the political upheaval occasioned by the leaked draft of the Supreme Court ruling is the opportunity to soberly consider what the possible overturning of Roe (and all subsequent abortion-related rulings) would mean for Americans. First, contrary to what many abortion rights advocates insinuate, the Dobbs ruling would not mean an end to legal abortion. Instead, the question of abortion would effectively return to state and federal legislatures to adjudicate—a process which was already occurring when it was precipitously foreclosed in 1973. Some states like California, New York, and Illinois will become self-described “abortion havens” while other states will enact significant restrictions on abortion.

Contrary to popular belief, America’s abortion laws are among the most permissive in the world. The United States, as reported in a Washington Post factcheck, is included among the 30% of countries that allow abortion for any reason, and while the vast majority of these countries have gestational limits for elective abortion (usually 12 weeks), the United States is not one of them. Along with China, North Korea, and Canada, the U.S. is 1 of only 7 countries which has no federal ban on gestational limits. The United States Senate repeatedly failed to pass the “Pain Capable Act,” which would have banned abortions after 20 weeks (five months) gestation, more than halfway through pregnancy.

While we know that views on abortion are incredibly complex and vary significantly based on a cross-section of demographic markers, including race, gender, socio-economic status, etc., the majority of Americans do favor restrictions like the those passed in Mississippi. According to a 2020 Gallup poll, 70% of Americans either oppose abortion or favor limits on abortion, particularly during the second and third trimesters. The general approbation for abortion plummets after the first trimester. A reported 65% believe abortion should be restricted in the second trimester, and this number goes up to 81% by the third trimester.

The justification for abortion has evolved over the years from the clump of cells and “the mystery of life” arguments, to the competition of rights and the necessary social evil arguments, to a celebration of individual autonomy and social progress. In the past several years, Planned Parenthood called on Disney to feature a princess who’s had an abortion and Iceland has declared itself “Down Syndrome free.” As of last month, Planned Parenthood has advised supporters to declare that they are pro-abortion rather than simply pro-choice.

The rhetorical structures that buttress and advance abortion have an inverse relationship to scientific knowledge. Abortion rights advocates have become increasingly militant, to the point that pro-life Democrats are enjoined to leave the party and unceremoniously excommunicated to a political no-man’s land. Yet, at the same time, scientists continue to demonstrate the humanness of the unborn.

The 1981 letter to the editors of The New York Times, entitled "A View of Abortion with Something to Offend Everybody," novelist and physician Walker Percy remain presciently relevant. Writing as Congress debated the Human Life Amendment, he plays the role of gadfly:

The only obvious credential of a novelist has to do with his trade. He trafficks in words and meanings. So the chronic misuse of words, especially the fobbing off of rhetoric for information, gets on his nerves. Another possible credential of a novelist peculiar to these times is that he is perhaps more sensitive to the atrocities of the age than most. People get desensitized. Who wants to go about his business being reminded of the six million dead in the Holocaust, the 15 million in the Ukraine? Atrocities become banal. But a 20th century novelist should be a nag, an advertiser, a collector, a proclaimer of banal atrocities. True legalized abortion—a million and a half fetuses flushed down the Disposall every year in this country—is yet another banal atrocity in a century where atrocities have become commonplace.

As a novelist I can recognize meretricious use of language, disingenuousness, and a con job when I hear it. The current con, perpetrated by some jurists, some editorial writers, and some doctors is that since there is no agreement about the beginning of human life, it is therefore a private religious or philosophical decision and therefore the state and the courts can do nothing about it. This is a con. I will not presume to speculate who is conning whom and for what purpose. But I do submit that religion, philosophy, and private opinion have nothing to do with this issue. I further submit that it is a commonplace of modern biology, known to every high school student and no doubt to you the reader as well, that the life of every individual organism, human or not, begins when the chromosomes of the sperm fuse with the chromosomes of the ovum to form a new DNA complex that thenceforth directs the ontogenesis of the organism.

Support of elective abortion requires either ignorance of the permissiveness of U.S. law and scientific evidence or indifference toward them. Ignorance can be corrected, but indifference is an intellectual and spiritual disease, which undermines reason, and this has dangerous implications for us all because if the humanness of the unborn is irrelevant, then inevitably the humanness of us all can be questioned, and evidence of the spread of this disease is already among us as the humanness of profoundly disabled and those with dementia increasingly find themselves outside the circle of care and concern owed to human persons.

Several years ago, Ruth Marcus penned a pair of articles contesting the constitutionality of new legislation that would prevent doctors from aborting children with Down Syndrome. She wondered in one, “Can it be that women have more constitutional freedom to choose to terminate their pregnancies on a whim than for the reason that the fetus has Down syndrome?” She is right. In a country where women have a constitutional right to elective abortion, where (unwanted) fetal life has little or no value in codified law, why should aborting a child with Down Syndrome be an exception, or a child cleft palate, or a child of an undesired sex, or perhaps one day, a child who is predisposed to schizophrenia or depression? While I support laws limiting abortion, given the state of affairs, any lines we drawn are subject to the whims of ruling authorities.

Like the logic of any form of violence, the justifying of elective abortion requires cognitive dissonance, and relies on what George Orwell described as “euphemism, question-begging, and sheer cloudy vagueness” in order to defend the indefensible. In his 1946 essay, “Politics and the English Language,” Orwell observed that political orthodoxy requires the blurring and convolution of the truth. He documents the devastating effect a lack of clarity has on our intellectual and political discourse. Politicians, jurists, and journalists make arguments for all sorts of atrocities with what G.K Chesterton described as the “silver-tongued rhetoric . . . of benevolence and idealism.” In our time politicians, jurists, and journalists need to euphemize abortion because it is a process far too violent for most people to face, because it requires a brutality that is not easily reconciled with the professed aims of a political party or organization. This is what we have to admit to ourselves if we are going to be thoroughly realist about the consequences of abortion and its legality.