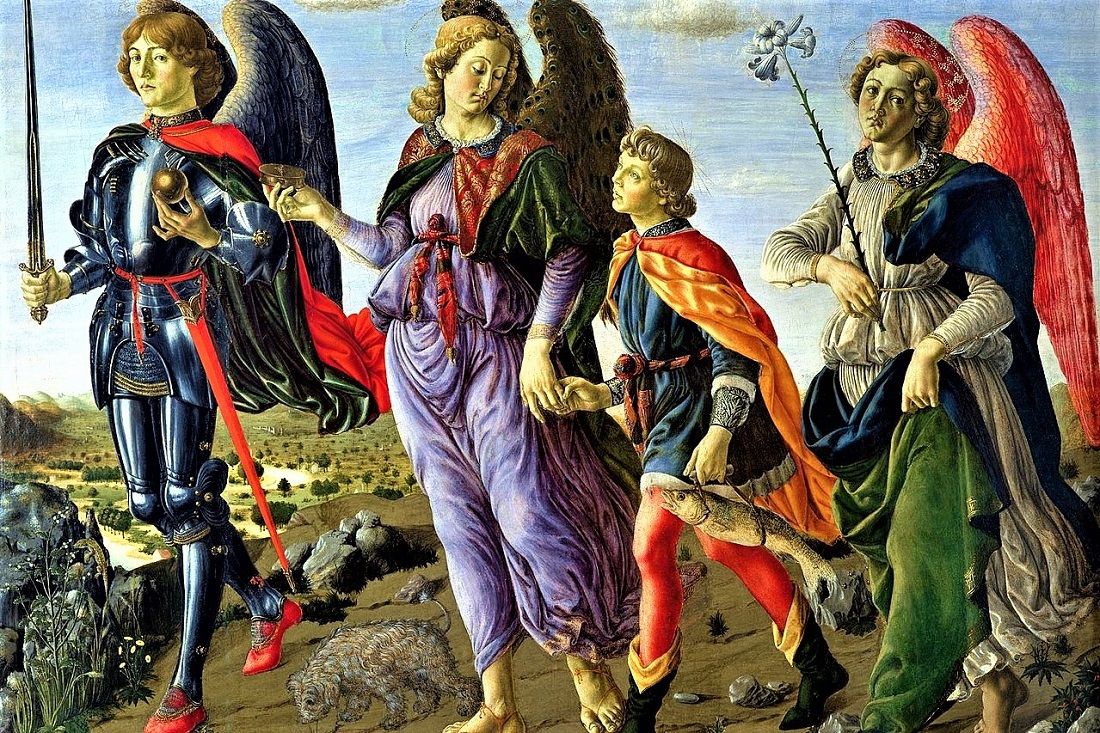 Although when then-Fr. Joseph Ratzinger authored his 1968 Introduction to Christianity[1] he was still four years away from founding the international journal Communio together with Henri de Lubac, Hans Urs von Balthasar, and others, the work clearly manifests the thought of the Communio school. In at least one respect, Ratzinger even seems to go further, at least in emphasis, than de Lubac’s ressourcement of the view that the human person has a natural desire for the vision of God.[2] On the one hand, de Lubac insists that this desire coexists with the incommensurability of the orders of nature and grace, posits the existence of a distance between nature and the supernatural as radical as that between non-being and being,[3] and argues that this desire is an “unknown desire” until God’s offer of the beatific vision is revealed.[4] On the other hand, Ratzinger's book seems to relate belief in the created logos more closely to faith in the creative Logos, and even writes that “in the last analysis one cannot make a neat distinction between ‘natural’ and ‘supernatural’: the basic dialogue that first makes man into man makes a smooth transition into the dialogue of grace known as Jesus Christ.”[5]

Ratzinger’s text might indeed be considered an especially important product of that school. First, because it treats in one volume all of the articles of the Apostles’ Creed. Second, because of the importance of the Communio school's ressourcement-approach to the formulation and interpretation of Catholic doctrine from Vatican II (i.e., the theological anthropology of Gaudium et Spes §22) to Pope St. John Paul II (i.e., the further treatment of this theological anthropology in Redemptor Hominis §10)—and beyond. Third, and in connection with the previous point, it is likewise relevant that Ratzinger is the future Pope Benedict XVI, who, in his last months as successor to St. Peter reflected on the dynamism of human desire that, without bringing about faith in God, nevertheless constitutes a desire for God[6] and teaches that “the desire to know God truly, that is, to see God’s face, is innate in every human being.”[7] Not only did Pope Benedict’s continue using Communio approaches, but he continues to have the highest regard for his colleagues from that movement. When he was asked by interviewer Peter Seewald, “Which theologians do you actually appreciate the most?,” Benedict responds, “I would still say Lubac and Balthasar.”[8]

In light of the above, it seems reasonable to regard Ratzinger’s text as among the most significant works of 20th century Catholic theology, and as destined to enjoy the status of a classic. There are inescapably some elements of the work that could be seen as somewhat anachronistic: Ratzinger’s interaction (both appreciative and critical: “in spite of a not entirely unobjectionable tendency toward the biological approach”) with the thought of Pierre Teilhard de Chardin comes to mind. On the other hand, it seems at least possible that the main point of this interaction is to give himself another way to make his own points about, for example, the meaning of the biblical references to Jesus as “Adam.”[9] Compare Ratzinger’s invocation of wave-particle duality, not unlikely a more enduring scientific concept, but, again, used by Ratzinger less for the sake of interacting with contemporary physics than in order to make a point about Trinitarian doctrine.[10]

Because Ratzinger’s Introduction to Christianity comprises theological reflections on the articles of the Creed, and because of the substantive and historical importance of those theological reflections, one might wish to use the text in an introductory Catholic theology course. However, because of the complexity of some of these reflections, one might fear trying to teach the text to students at the undergraduate introductory level. As a Scholastic might note, “Introduction” may be meant in multiple ways; for example, there is Aquinas’s [in?]famous description of his Summa Theologiae as for “beginners” [incipientium].[11]

I am primarily a moral theologian. For the first several years of my full-time teaching career, I taught moral theology courses almost exclusively. Eventually, though, I needed to help cover sections of our Theology 101 course. Since then I have taught it every fall and sometimes in the spring. We use the Catechism of the Catholic Church in all sections of this course, along with such other readings as each faculty member may wish to assign in their sections. I believe it was before my first time preparing to teach the course that I learned that, although a handful of colleagues had tried to teach Ratzinger’s Introduction in Theology 101, all but one had at some point given up (one had not only given up, but had left for a position elsewhere!).

I had read the book several times over the years, and I understood their perspective. At the same time, I wanted to include the book in my sections of the course. I was going to use the Catechism—most especially all of Part One, which covers the Creed—as well as portions of its other three parts. During the two months that the students would be reading the Catechism, I was going to lecture, primarily on key eras in the history of some of the doctrines covered in the Catechism (for example, the Trinitarian and Christological controversies of the Patristic era and most especially of the fourth–sixth centuries). Thus, during two-thirds of the semester, the students would learn about the Creed in two complementary ways. I wanted to spend the remaining month on Ratzinger, whose reflections would take the students through the Creed in one additional way.

But how to do so, so that the students would learn from the text, challenging as it is, and would not mutiny? The book is 359 pages long, which makes for 90 pages a week, or 30 per day in a class that meets three times a week—not too unreasonably long, or in any case not out of step with the amount of reading I often assign in my classes. Usually I give my undergraduate classes weekly quizzes on readings, and in my introductory moral theology class I give two tests on the lecture material.

I decided quickly that I would not give my 101 class weekly quizzes on Ratzinger. I did not want students new to theology to feel that kind of pressure while reading the text. I also decided that I would not lecture on the book as they were reading it—I wanted them to learn directly from Ratzinger rather than from my condensations of his thoughts. Instead, their reading of it, and whatever went on in the classroom during that month, would combine to help them to understand it for themselves. And to take the pressure of their efforts to do so, I would not test them on it either.

I came up with the following plan:

I have now taught Theology 101 numerous times, working through Ratzinger’s Introduction to Christianity with each class, as described—study questions to be completed before each period by each student (there has been some evolution of the questions over the years), small-group then whole-class discussions of the answers, reflection paper. I think that what started out as an experiment has been successful.

Typically, most of the answers that I collect are good. Class discussions, sometimes with a bit of help from me (asking whether any of the students can add to what is initially said), are fruitful; there is enough time for group discussion and then some class discussion, and usually I do not find myself having much to add (as distinct from asking students to add) to what the discussions yield. Almost all of the students do a very fine job in the reflection papers, relating the book to their lives, and sometimes to very “personal” aspects of their lives.

There is no one way in which to teach an undergraduate introduction to Catholicism and to theology. There are some ways of doing so that I would not recommend; for example, using material that is too simple, or too complex—or that presents the “diversity” of “Catholic thought” at the expense of honesty about what the Church has taught and teaches and about the reasons for respecting this teaching.

But for those faculty who would like to try to use Ratzinger’s Introduction to Christianity—perhaps after a more basic tour though most or all of the articles through the Creed, through reading and/or lecture—I recommend doing so. It is not “too complex,” at least when used as I use it. It combines both fidelity to Scripture and Tradition and some of the best recent theological reflection (arising out of the Communio school). And, in my experience, when taught in the right way (I do not claim that my own is the only right way, just a successful one!), it is not too advanced for students at the undergraduate introductory level.

This is shown by students’ performance on assignments and in the classroom; moreover, students themselves seem to recognize that they are learning from the book. Typically, when asked directly after they have begun reading and discussing it whether they feel that they are learning, they answer that they do. Occasionally, a student will tell me that he or she talked with a sibling or friend studying theology at the post-baccalaureate level who was impressed that my student was reading the book at the introductory level. Typically, my student’s response will be one of justified pride for having made it through, and learned something from, the book.

Would I, at some point in the future, consider a different way of teaching the text, involving quizzes, lectures, or a test? No. But walking together through the book—as I describe my approach to each semester’s students—is a fruitful and successful way of enabling the students to complete an introductory course on Catholic theology, that is, so that they will take away from that course some sense of how the best of recent theology provides insights into the articles of the Creed, which is valuable both in itself, and insofar as it might give them a sense of the value of further study of Catholic theology.

[2] See most esp. Henri de Lubac, The Mystery of the Supernatural, trans. Rosemary Sheed (New York: Crossroad, 1998), and idem, Augustinianism and Modern Theology, trans. Lancelot Sheppard (New York: Crossroad, 2000). These books were both originally published (in French) in 1965; de Lubac refers to them as his “twins”: idem, At the Service of the Church: Henri de Lubac Reflects on the Circumstances That Occasioned His Writings, trans. Anne Elizabeth Englund (San Francisco: Ignatius, 1993). For some very helpful recent assessments of de Lubac’s understanding of the natural desire, see the work of my colleague Jacob Wood, e.g., Jacob W. Wood, “The Natural Desire for God: Henri de Lubac and European Thomists of the Early Twentieth Century” (PhD diss., Catholic University of America, 2014), a revision of which is forthcoming as idem, To Stir a Restless Heart: Thomas Aquinas and Henri de Lubac on Nature, Grace, and the Desire for God (Washington, DC: Catholic University of America Press, 2019).

[5] Ratzinger, Introduction to Christianity, 356. Ratzinger also writes of “an infinite gulf between God and man”—but relates this, not to the nature-grace distinction, but rather to God’s essential invisibility (ibid, 49–50).

Kevin E. Miller has taught moral theology at the undergraduate and master’s levels for 20 years at Franciscan University of Steubenville. He is a member of the Board of Directors of the multidisciplinary scholarly association University Faculty for Life, and bioethics consultant for the Marquette University College of Nursing Institute for Natural Family Planning.