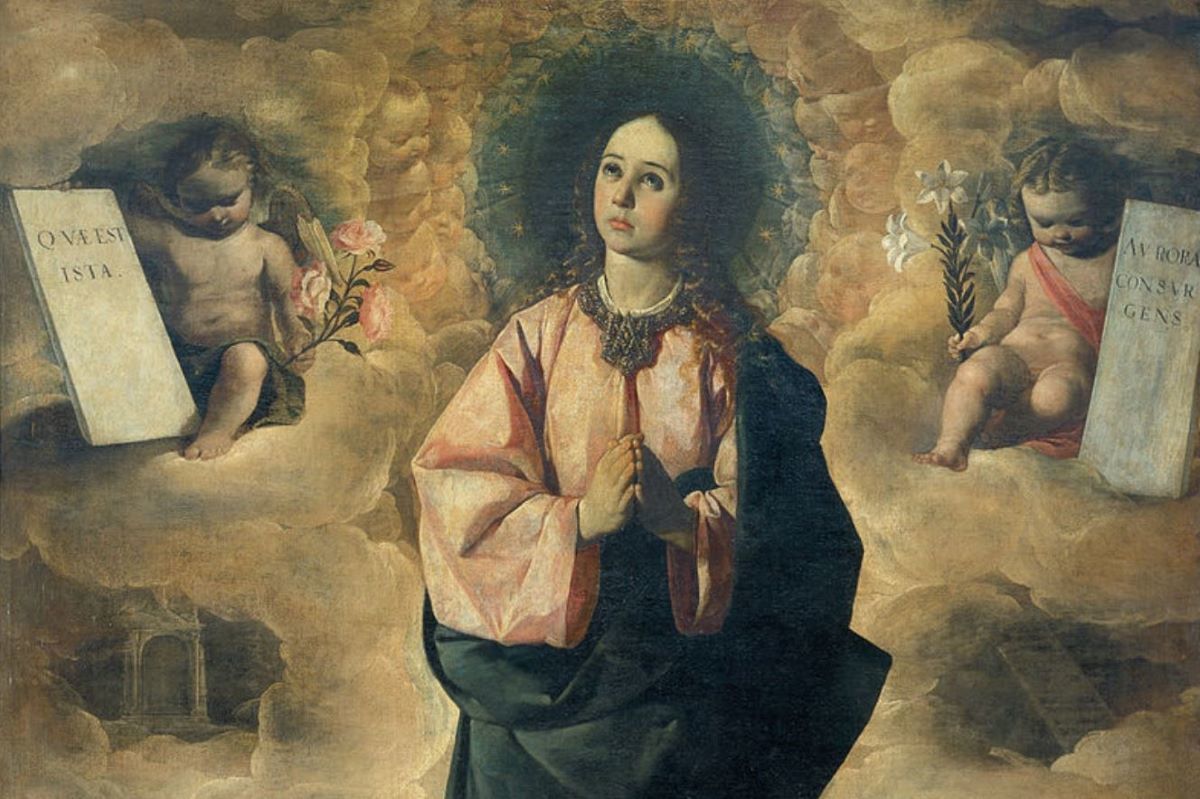 The dogma of the Immaculate Conception is a doctrine that continually mystifies me. Each year as December rolls around, I annually struggle to understand what exactly is so significant here that elevates this feast to a holy day of obligation. The meditations of last year never seem to have borne discoveries that adequately satisfy my questioning. What is so important that it merits mandatory Mass attendance? Why is this doctrine one that Pope Pius IX felt infallibly imperative to declare solemnly a dogma in 1854?

Currently, a pressing topic in sexual ethics on college campuses is the term “consent.” There are seminars, talks, trainings, and various programs all centered on teaching undergraduates the importance and value of consent. The moral imperative of obtaining the consent of one’s sexual partner is impressed upon students as an avenue towards helping the students understand the gravity of a sexual encounter, and inviting the students to step into another person’s shoes, envisioning the encounter through the eyes of the other. Accordingly, students are taught to be mindful of factors that can prevent a person from giving their full consent. The fruit of this education is the knowledge that sometimes a “Yes,” the archetypal word of consent, is not truly full consent.

There are many things to which we give our “Yes,” and to which—through lapse of judgment, blindness, or incapacitation—we have not fully consented in harmony of our will, conscience, and desire. A mundane example: I have been known to agree to a meeting, social commitment, or an additional work responsibility that, later, in the cold silence of reflection, I am dismayed to discover I have not the time for, and I should never have agreed to in the first place. My desire to socialize with friends, fill my life with enriching activities, or win workplace accolades outstrip my prudence and good judgment in that moment. It is a “Yes” I gave with my will informed by desire, and not an assent shaped by my reason and virtue.

A deeper example: even as I consent to love another, committing to them my heart and willing their good, my selfish soul revolts, in the words of George Herbert, “guilty of dust and sin.” As much as I seek to love, there is a fundamental part of my nature that resists the good I wish to do. As much as I claim to love my neighbor, there are many times I choose to act in my own self-interest instead of theirs. I, along with St. Paul, “see another law at work in the members of my body, waging war against the law of my mind and making me a prisoner of the law of sin at work within my members” (Rom 7:23–24). Augustine names this war waging inside of the human self concupiscence, often named in literature and theology as original sin. This disharmony within ourselves means that we are often doing things—even virtuous things—half-heartedly, plowing through the resistance of our better or worse self. All this is to say that, whatever we name the disharmony natural to our members, the dogma of the Immaculate Conception proclaims that Mary was exempt from this.

If [God] would redeem humanity, it would be with human consent and not against it. . . . God could destroy evil but only at the cost of human freedom, and that would be too high a price to pay for the destruction of dictatorship on earth—to have a dictator in Heaven. Before remaking humanity, God willed to consult with humanity, so that there would be no destruction of human dignity; the particular person whom He consulted was a Woman. (21)

If God was going to save humanity with humanity’s full and free cooperation, it was vital that the humanity’s spokesman, Mary, gave a “Yes” that was totally free. For Mary to agree to be God-bearer, it would be necessary that her “Yes” not be marred by imperfect consent. This most important “Yes” of human history, this vow of consenting obedience between the human race and God must not be hindered by war within the consenting Virgin’s members. There must be nothing that would render this assent void. If this heavenly marriage between God and the human race was a remedy for the great divorce between God and humanity, then this vow between Father and Mother must be one that could never be annulled.

If God’s recreation of all of humanity were to be truly free, then humanity’s embrace of God must be made with a freedom equal to that full freedom of the first, unfallen parents who rejected God. Thus, it was necessary that, in order to be able to freely consent or reject her role in the drama, Mary be eternally free from that conceptional stain of sin. She was the only human being ever born “in perfect liberty” (Sheen, 22). Mary’s whole, perfect “Yes” is a great victory; it is a “marriage ceremony of love [that] becomes bathed with new depths of freedom” (Sheen, 24).

Sheen briefly notes that humans are “accepted by our parents, rather than willed by them” (25), for no human being can control the mysterious workings that guide the delicate ballet of fertilization, conception, and implantation. But Mary’s case was different. She willed this Son to be. And the dogma of the Immaculate Conception assures us that she willed this Son wholeheartedly and freely. In Jesus, we have the only human person willed into existence, we have the fruit of one woman’s free consent, which is love.

Eve’s “No” proved that a human being is truly free, free even to reject the source of love, but Mary’s “Yes” completes this picture and transforms it, showing us a greater vision of freedom, a freedom that finds its fulfillment in love. Love’s birth into the world was not a happy accident or surprise, but took place through a totally free acceptance of pure love. In Mary’s “Yes,” a stunning triumph of graced human freedom, we see love using its freedom to will love into existence, and blessed indeed is the fruit of that womb.