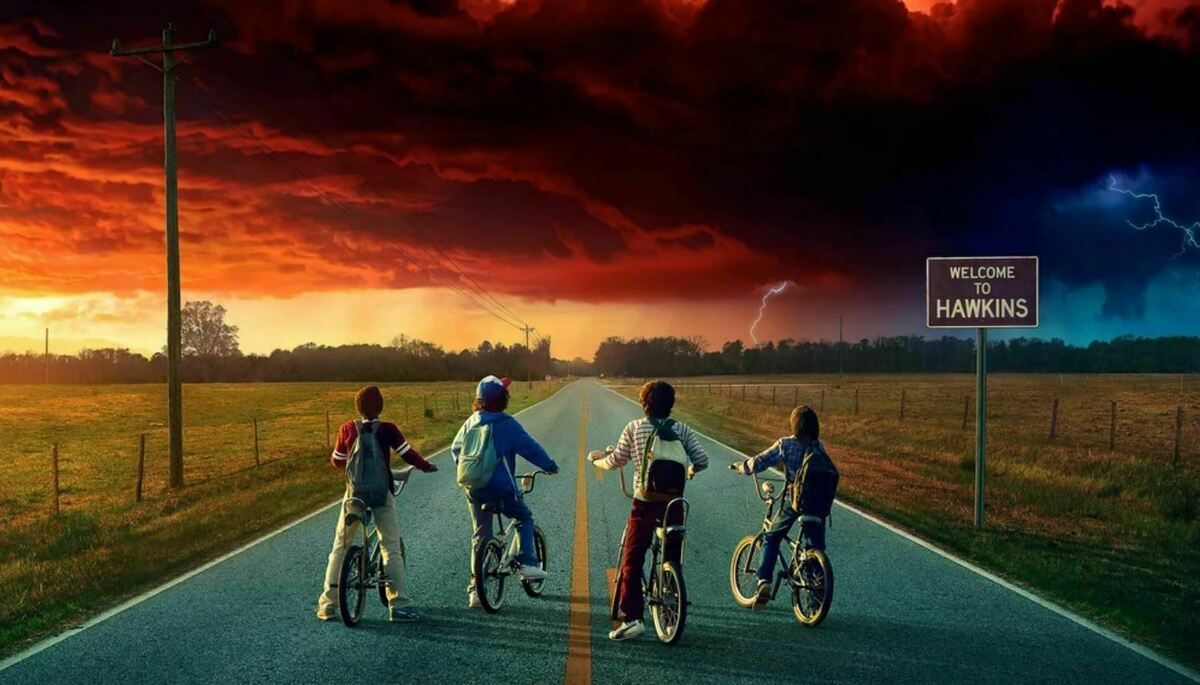 SPOILER ALERT: This post gives away some plot twists in Stranger Things Seasons 1 and 2.

In the past year, many writers in the Catholic blogosphere have commented on the theological richness of Stranger Things. One writer recently went so far as to claim that it is “the most Catholic show on television,” which may be a bit of a stretch.

Yes, Eleven is a Christ figure, but I doubt The Duffer Brothers gave her the nickname “El” as a nod to the Hebrew word for God, though, admittedly, stranger things have happened.

Sorry. Got that pun out of my system. Moving on.

Yes, Eleven refuses to use her powers when asked to kill a cat (an act which this same writer compares to Christ’s refusal to turn stones to bread during his temptation in the desert), but moments later, she kills two guards who threaten her, an utterly un-Christlike action.

While I can appreciate and in fact hope to demonstrate here that Stranger Things is a series with deeply Catholic sensibilities, the examples above are a necessary reminder that Catholic audiences should resist the temptation to read too much theological symbolism into the show. Doing so flattens out both the riches of Catholicism and the nuance of the series; there is no easy one-to-one equivalency here. Eleven may very well be named Eleven for the simple reason that there were ten subjects who came before her at Hawkins lab (as hinted at by Stranger Things 2).

Still, the overall assessment rings true: Stranger Things and Stranger Things 2 are shot through with themes that resonate with a thoroughly Catholic imagination, the most obvious of which is the central battle between the protagonists and the forces of evil. This is no shallow, superficial notion of evil; the evil in the world of Stranger Things is real, and as a result, the stakes are real—this is a battle of life or death.

To begin with the shadow side of this world, as the saying goes, “here there be monsters.” The quest of those in authority to weaponize power they can neither understand nor control has predictably backfired, and an evil that has always been lurking beneath the surface of the world has now been given unfettered access to it.

From the moment this evil enters the sleepy town of Hawkins, Indiana, it begins to spread, like the shadow of darkness Madeline L’Engle describes in A Wrinkle in Time:

Meg’s eyes ached from the strain of looking and seeing nothing. Then, above the clouds which encircled the mountain, she seemed to see a shadow, a faint thing of darkness so far off that she was scarcely sure she was really seeing it.
Charles Wallace said, “What’s that?”
“That sort of shadow out there,” Calvin gestured. “What is it? I don’t like it.”
“Watch,” Mrs Whatsit commanded.
It was a shadow, nothing but a shadow. It was not even as tangible as a cloud. Was it cast by something? Or was it a Thing in itself? . . .
The dark shadow . . . had not lessened or dispersed with the coming of night. And where the shadow was the stars were not visible.[1]

In L’Engle’s vision, this shadow, this Dark Thing, has spread to Earth and threatens to extinguish all goodness and peacefulness, all beauty and particularity, as it has on other planets that have “given in” to it. In the world of Stranger Things, this darkness is even more nefarious, bringing decay and destruction and death wherever it spreads. This darkness is no mere shadow; it’s an entire world parallel to our own that has found its way in through the evil actions of power-hungry humans. In this inverted, perverted parallel universe, evil is visible, just like the Dark Thing, but it also manifests itself in physical form: squelchy vines grow like tentacles that seek and squeeze out life; unidentifiable remnants of who-knows-what float through the air like ash, giving one the helpless feeling of trying to run in a dream; a faceless monster hunts for blood without discrimination or remorse. The evil here is more than a mere shadow; it is a cancer that has metastasized.

Yet, as St. Paul reminds us, “where sin increased, grace overflowed all the more” (Rom 5:20), and we see that, alongside the sinners and the monster they unleashed, there are also saints in the world of Stranger Things whose goodness is as real as the evil they seek to eradicate. There are friends and family members who have endured real suffering and are yet willing to sacrifice even more for the sake of those whom they love. Indeed, Hawkins is teeming with good, flawed people who, finding themselves ill-equipped to battle these monsters alone, join together to overcome the evil that threatens them. As a result, unlikely friendships form. Heroes emerge, and yes, innocents die (remember, the stakes here are real). In the end, though, evil is overcome by the show’s Christ figure in an act of self-giving love for the salvation of others.

But before good can conquer evil, before that Christ figure can triumph, she had to have been welcomed by one whose heart was open to the stranger. Thus, the entire series of Stranger Things hinges on radical hospitality, and herein lies perhaps its greatest gift to the Catholic imagination, even beyond its portrayal of the conflict between good and evil, for it is in fact the act of hospitality that empowers good to overcome evil. Indeed, evil knows no hospitality. It seeks only its own flourishing, almost always at the expense of others. Goodness, however, seeks the flourishing of the other, and this other-centeredness is most readily expressed in hospitality.

Faced with an evil he cannot comprehend or remedy alone, formed by an imagination in which both evil and enchantment are real, Mike welcomes Eleven as a stranger, as the strangest stranger he has ever encountered. Despite his friends’ protestations, Mike recognizes in Eleven a mysterious power, a truth that is stranger than fiction, a truth that will not only set his best friend free, but that will ultimately set the world free from the evil that has turned it Upside Down.

This hospitality continues in Stranger Things 2, when it is Dustin who welcomes another stranger, again, despite his friends’ objections. Yet, Dustin’s act of hospitality later proves itself the very action by which he and his friends are saved.

Hospitality entails sacrifice: one cannot welcome the stranger without giving of oneself, whether it be in the form of Eggo waffles, or 3 Musketeers, or clothing, or shelter, or protection from harm. It entails the risk of rejection, both from the person toward whom hospitality is extended and from those who disapprove of its being extended in the first place. And yet, welcoming the stranger, practicing hospitality by practicing self-gift, also entails the opportunity to come to a greater understanding of the truth about ourselves: that we are also strangers in need of welcome, of acceptance, of salvation.

So if you haven’t watched Stranger Things and its sequel yet, perhaps Advent is the time to do so, for it is during this season in which we prepare our hearts to welcome the strangest stranger of all—the One who is totally Other, yet who also desired to become totally one with us by becoming one of us; the One who taught that salvation will be offered to those who welcomed him in the stranger (cf. Matt 25:34–40).