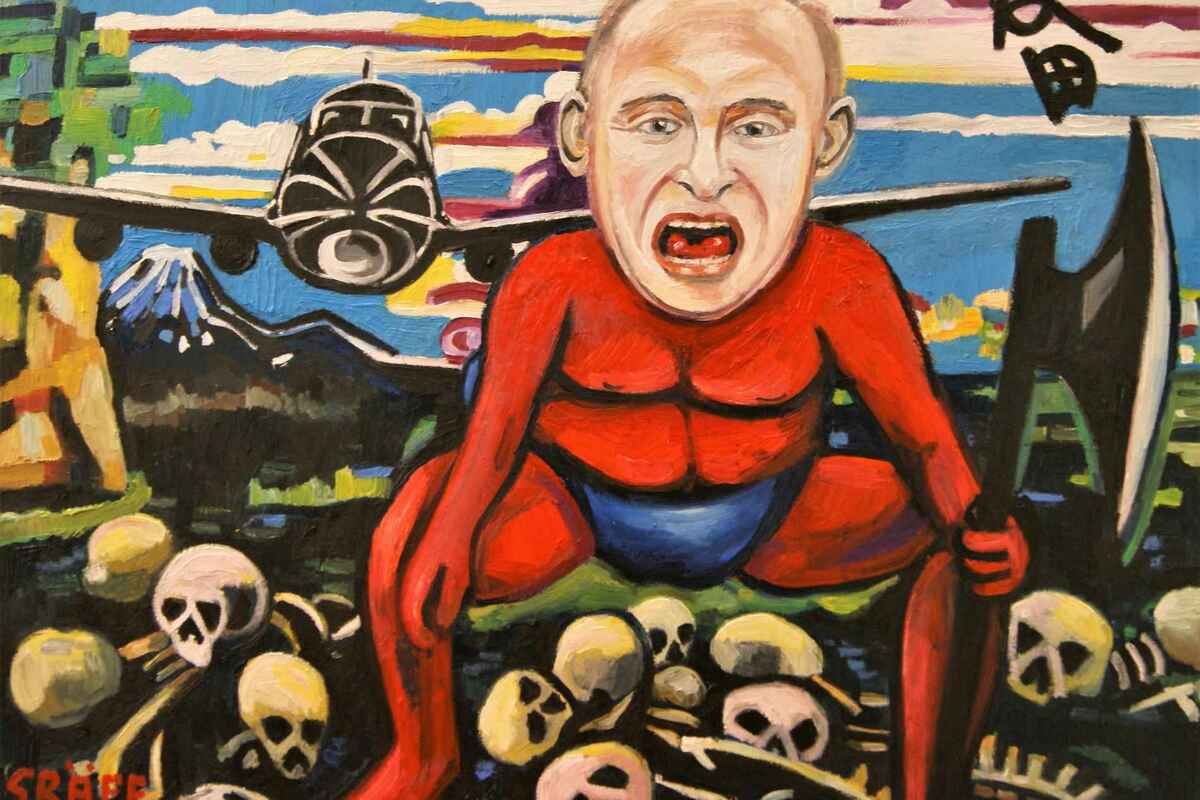 In his book Russia and Europe the late N. Y. Danilevsky, analyzing our history and progressiveness in his characteristic way, acknowledges that Russia is stricken by heavy illness. This illness, he states, completely impedes the realization of the great destinies of the Russian people and can end, despite all of Russia’s visible state prowess, after draining the original spring of the ethnic spirit, by depriving the historical life of the Russian people of its inner creative energies, consequently rendering useless and redundant its very existence, for all that is deprived of inner substance constitutes mere historical junk (Russia and Europe, 2nd ed., 316). That Russia ails with an oppressive and dangerous illness is evident, but it is also evident now for everyone that the honorable Slavophile was decisively mistaken in his diagnosis when he determined this illness to consist in the impoverishment and weakening of the national spirit in Russian society. Had he not made a mistake in his diagnosis, then the remedy he went on to suggest should have taken effect. Let us not forget that Danilevsky wrote at the end of the sixties. “Impoverishment of spirit,” he said, “can be healed only by raising and rousing the spirit which would rouse all the layers of Russian society and bring them into living interrelationships.”

For liberation from spiritual captivity and slavery a tight bond is required between all the captive and enslaved brothers, struggle is necessary which, stripping away all the masks, would make all enemies face each other . . . Only the hard knocks of life can accomplish this, only the harsh experiences of history. These healing events, from which saving lessons must be extracted, already arise on the historical horizon and are called “the Eastern question” (317).

Danilevsky, as all Slavophiles, has turned out to be a partial prophet. The Eastern question has really arisen and has begotten instructional events, but the meaning of these lessons turns out to be not at all the one assumed by the author of Russia and Europe.

Is not to be numbered among those subject to the decisions of diplomacy. History submits events like a flow of finely ground rubbish to the bureaucratic production lines of diplomacy, but her great universal decisions, which become the law of the life of nations for entire ages, she proclaims alone without any mediators, surrounded by thunder and lightning, like Sabaoth from the height of Sinai (318).

In seven or eight years after these words were written, the last Eastern war broke out. Of thunder and lightning there was enough in the Balkans, but our Sinai suddenly turned out to be in Berlin, and history, contrary to Danilevsky, desired not to resolve our destinies by herself but found a mediator in the person of Count Bismarck. And in the meanwhile, what Danilevsky wished and prophesied transpired before our eyes. For in 1876, from the beginning of the Serbian War, we had a “raising and rousing of spirit,” for every layer of Russian society was roused and brought into living interrelationship; there was a heated patriotic surge, there was a tight bond between enslaved brothers and an open struggle with enemies. But what “saving lessons” did the “harsh experiences of history” give us?

That resolution of the Eastern question to which our triumphant war led has now been revealed in the partition of Turkey among the European powers. England received Cyprus and Egypt; France, Tunis; Austria, in addition to Bosnia and Herzegovina, acquired dominance over the whole Balkan peninsula, while Serbia, Rumania, and both Bulgarias can now be considered de facto as Austria’s vassal states. Such a manifest and, given the circumstances, irreparable wrecking of our Eastern politics is too great and weighty a phenomenon for anyone to shrug off by scapegoating it all on imaginary or real mistakes in our diplomacy, or on the imaginary or real absence of skilled politicians from our midst. For it is neither some incomprehensible fatum nor some meaningless chance event that Russia lacks sufficient political energies precisely at such a significant historical moment as when they are all the more necessary. From the dawn of time it has neither been nor heard that a great people could not accomplish its historical appointment or defend its living interests for lack of suitable people. There has never been such an occurrence in history that the cause should hang on people. When the French king Charles VII lacked dependable counselors and generals, there came instead a peasant girl from Domrémy; the Moscow Boyars weakened in the Time of the Troubles, they were rescued by a butcher from the southern outskirts; in 1812 we had no Suvorov, we managed with Kutuzov.

But could we, in 1878, blame the insufficiency of suitable statesmen in national politics when our government and society possessed people of such orientation and such capability as Skobelev, Ignatiev, Aksakov, Katkov? But when even with capable people a nation turns out to be incapable, when her military victories are followed by the internal decline of energies and a great historical cause falls from its hands, only two suppositions are possible: either this people has completed the circle of its historical activity and has entered into the epoch of decline and fall or it has, in some way, been unfaithful to its true vocation and faces, in the immediate challenges which it sets for itself, some internal contradiction, some kind of falsehood. There are two possibilities then: either this people has lived out its life or it is bearing a punishment for certain historical sins. To judge Russia an outlived nation is groundless; this manifestly contradicts all probabilities and analogies. And so it remains to posit the second cause for our failures and ailments.

More recently, again as at Sevastopol, as at Plevna and at the Congress of Berlin, we hear idle and noxious speeches about Russia’s extraordinary might, about how all she has to do is speak and all will be done in our way, that the whole world is waiting with trepidation what Russia will say and do. Were Russia to demonstrate its might in deeds, there would be no need to speak much about it, but if she cannot demonstrate it for some reason, such speeches are false and dangerous.

By the way, if many among us see patriotism in national boasting, such is their business. It behooves us to speak not about Russia’s might and interests but about her sins and duties.

When the bankruptcy of serfdom-ridden, military- and bureaucracy-driven Russia was so clearly revealed at Sevastopol, the national conscience, personified in the deceased sovereign, immediately understood the root cause of our troubles, and Russia was cleansed of serfdom. This first moral success was reflected also in our external dealings. While Nicholas’s militarism brought Russia only losses, the epoch of civil reforms broadened the borders of Russia’s domain. And all went well, while we were subduing the Circassians and the Turkmen or restraining the enraged Turks. But as soon as we were presented with the concrete challenge to educate the peoples we liberated for a new independent life, Russia all of a sudden became confused, dropped its trophies, fought with her pupils, and was left with nothing. If Sevastopol was a just punishment for serfdom, for what was the Berlin Congress with its present consequences a punishment?

How can we resolve the Eastern question when we cannot with a clean conscience raise our banner bearing the inscription: “National, civil, and religious independence and free development for all the peoples of the Christian East”? No military exploits on behalf of these peoples can conceal our own sins; on the contrary, these exploits only more clearly expose the deep inner contradiction in which we stand. We are not speaking about political conditions, in the narrow meaning of this word. The existing foundations of the state system in Russia we accept as an unchangeable fact. That’s not the point. But with every political system, be it a republic, a monarchy, or an autocracy, the government can and must satisfy, within limits, those demands of national, civil, and religious freedom which our official and officious patriots laid claim to and lay claim to before Turkey and Austria. This is a matter not of political reasoning but of public and state conscience.

A great nation cannot live tranquilly and flourish while infringing moral demands. And as long as false political reasoning will preserve in Russia a system of forced russification at the frontiers, as long as, on the other hand, millions of Russian citizens will be forcibly separated from all other people and subjected to a new form of serfdom, as long as the system of criminal punishment will tower over religious convictions and the system of compulsory censorship over religious thought, so long will Russia, in all her dealings, remain morally bound, spiritually paralyzed, and incapable of seeing anything but failure.

EDITORIAL NOTE: This essay is an excerpt from a collection of Solovyov's writings The Burning Bush. It is part of an ongoing collaboration with the University of Notre Dame Press. You can read our excerpts from this collaboration here. All rights reserved. 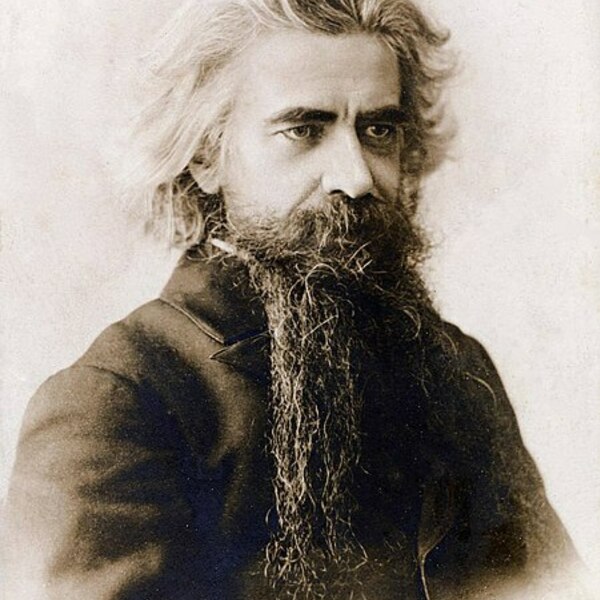 Vladimir Solovyov is one of nineteenth-century Russia's greatest Christian thinkers. He was a philosopher, theologian, poet, and literary critic.Two of his essay collections, Heart of Reality and The Burning Bush, have been published by the University of Notre Dame Press.