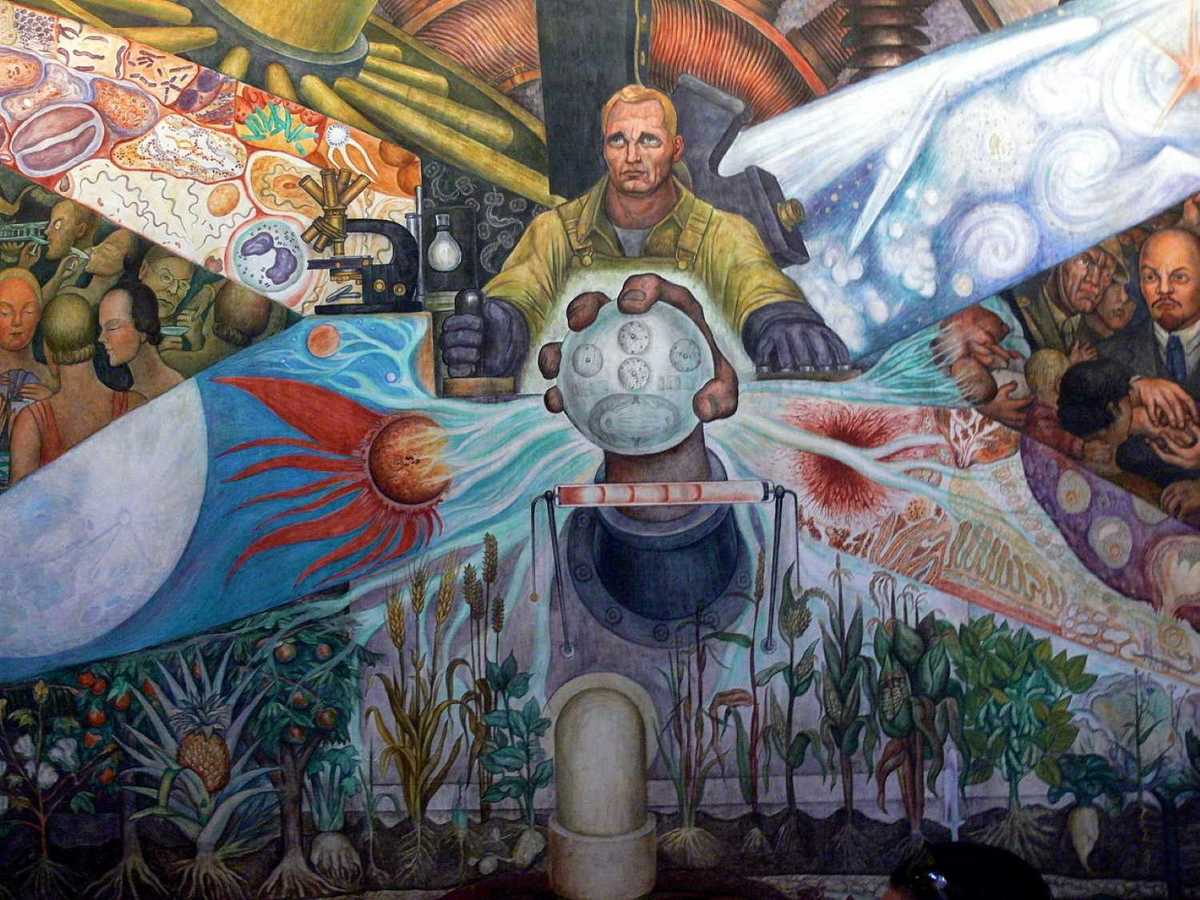 What is Western Civilization? A common answer is that it describes a culture formed in Europe at the intersection of Greco-Roman classicism and the Christian and Jewish religions. Often the term is simply descriptive of a vast tract of history extending for centuries or even millennia. But Western Civilization is also frequently mobilized as a political identity. Those who rally around Western Civilization as a form of politics are attracted to the notion that they are defending a world-historical paragon in the face of malicious attacks by those who would destroy it. For such people Western Civilization in addition to a sociological fact is also an urgent and vital societal program.

There are, of course, problems with the concept of Western Civilization in both its descriptive and political forms. This is partly because the term does not successfully denote a cohesive or even coherent tradition. The reasons for this are philosophical: concepts that do so much work descriptively cannot do as much work ethically or politically. When it comes to civilizational levels of classification the very usefulness in breadth is also what renders a concept too capacious to pick out a single way of life. Instead, Western Civilization encompasses rival, incompatible positions.

For example, in terms of the much debated Western “canon”: Hobbes refers to himself as an anti-Aristotle, Nietzsche titles one of his books the antichrist, and so on. The political projects included by the descriptive term are likewise diametrically opposed—monarchy versus democracy, capitalism versus socialism, theocracy versus secularism—all of these oppositions and many more have been advanced within the bounds of Western Civilization. Needless to say, a similar point holds for rival theologies and views of religion—from the innumerable varieties of Protestant and Catholic theologies to Unitarianism, deism, and various rival forms of atheism.

If we assume instead that “Western Civilization” simply refers to a way of having a conversation—a meta-philosophy—we will similarly be foiled by the breadth of the descriptive term. The notion of how philosophical dialogue works over this span of history is contested all the way down: Hegel versus Plato versus Kant versus Kierkegaard versus Marx. To think that all of these systems of thought can be discussed in a disengaged fashion around a seminar table is to presuppose a kind of pedagogical liberalism. Hobbes and Schmitt would have wanted certain books outlawed. Plato would have ordered the poets banished and edifying myths installed. Nietzsche would have liked to see all “slave morality” overcome and forgotten. Marx might have walked out of the seminar room and joined the revolution. There simply is no agreed upon space or rules for a philosophical dialogue among Western thinkers.

This creates a paradox: namely, those who rally politically around the term Western Civilization are quintessentially lacking in self-knowledge, always necessarily gathering to a single way of life from within civilization that does not represent or encompass the grand historical whole. If you rally around Western Civilization you are de facto opposing others within it who are no less captured by the descriptive term and thus no less Western. If instead you claim that your narrow tradition alone is truly Western then you are no longer representing a civilization but something smaller.

Given these major philosophical defects, it remains true in our own day that the political rhetoric of civilization remains tremendously powerful. Specifically, the term can tacitly create a sense that those who do not belong to civilization are outsiders, foreigners or even pollutants and betrayers. Its traditional binary (not normally stated out loud anymore) is “barbarian.” Who counts as civilized and who counts as the “barbarian” can vary. Often the terms are ethnically and racially marked. Other times it is a gathering point for religious chauvinism: as when only Protestants truly inherit the West’s spiritual individualism or only Catholics its sense of continuity with tradition. Still, in other cases, the rallying point can be rationalism and the overcoming of religion—as in the more extreme elements of the French Revolution.

This rallying of civilization against others is one neglected way of understanding the New Atheist intellectuals of the early 2000s. Led by the likes of Richard Dawkins, Christopher Hitchens, and Sam Harris this cadre of polemicists hoped to mobilize their followers around a hyper-secular conception of liberal democracy as supposedly uniquely rational and scientific. This involved not only rhetorical attacks on Muslims as outsiders, but also on Christians and other religious believers as the barbarians within society. As Dawkins, perhaps the most intellectually formidable of the New Atheists, said in the opening of his bestselling book The Selfish Gene “to assess the level” of a human “civilization” all that is needed is to determine if they have “discovered evolution yet.” In other words, in this version of civilizational rallying, science and the scientific revolution become the grand markers of advancement.

Although many of the forms of civilizational crusading on behalf of the War on Terror took on a tacitly aggrieved white identity that ordained itself guardians of Western Christendom, the New Atheists instead presented the dichotomies of the War on Terror as a split between a radical form of scientific, enlightened secularism and religious irrationalism in general. Dawkins, an Oxford biologist, had achieved international fame for popularizing a Darwinian account of nearly every aspect of human life, including the metaphor that humans were “survival machines.”[1] However, after September 11 Dawkins increasingly focused on what he saw as the scientific and social ills of religion.

Specifically, Dawkins believed that Darwinian science revealed that religion was a kind of “mental virus.”[2] Dawkins knew that Darwin had not applied his theory to human culture. The problem with doing so was that human societies clearly changed at a rate much faster than evolutionary time. Since historical and cultural time moved far more rapidly than evolutionary adaptations, the latter could not be evoked to explain the former.

Dawkins resolution to this apparent insoluble problem was to posit an entirely new kind of Darwinian social scientific theory he dubbed the theory of “memes.” Memes were units of culture or information that comprised human mental life, fighting for survival in the hardware of the brain. Although operating according to a logic of Darwinian replication, memes were unlike genes in that they were cultural and not genetic or biological in nature. However, like genes, memes also survived according to how effective they were at multiplying and spreading in a competitive environment (the limited cognitive space of the human brain). The most successful memes were those that colonized human attention and memory.

Although presumably all human social life was explicable in terms of the non-rational mechanism of meme colonization, Dawkins spent the majority of his writings elaborating on memes as a way to criticize religious beliefs. For example, Dawkins claimed that “God” was a meme obscuring difficult questions about reality; religious “celibacy” a meme inhibiting sexual reproduction while encouraging the mental reproduction of religious ideas; and so forth. All this, of course, was presented as the descriptive findings of the science of memes. And this meme “science” lofted Dawkins and his readers to the highest echelons of civilization—making them justified in their ferocious attacks against religious culture at home and cheerfully amenable to bombing religious countries abroad.

Islam was a particular anxiety for Dawkins. His best-selling The God Delusion, published in 2006, opened with a passage blaming 9/11 and terrorist violence on the existence of religion and ended with an extended sadistic metaphor of enlightenment as an act of violently ripping off a “black burka.” The book was filled with incessant examples of the supposed inherent barbarism of religion in general and Islam in particular.

What was offered was a version of the War on Terror that was slightly different than the more popular notion that Christendom needed to stave off its major global rival in the spread of monotheism. Here the standoff was between a uniquely universal, post-religious civilization and pre-modern theocracy. A radical form of secular atheism would rescue the world from the violence of religious terrorism.

Freeing humans from the colonization of the mind viruses of religion required that all the world’s cultures transform into secular, liberal democracies. Indeed, sounding like Fukuyama, Dawkins argued that modern, rational societies had as a matter of empirical fact “inexorably” achieved a “broad liberal consensus” that reflected the workings of a kind of scientific law of society.[3] “Over the longer timescale,” Dawkins wrote, “the progressive trend is unmistakable and it will continue.”[4] Dawkins even saw the American invasion of Iraq, and what he claimed was its relatively humane execution, as part of the inexorable march of secular, liberal democracy.

In Dawkins’s grand vision the world faced a dualistic split between the party of enlightened liberal atheism and backward authoritarian theism. His call was for a public movement of atheists to rally and mobilize into an open political bloc against religion. This suggested that the War on Terror should more rightly be reconceived as a War on Religion. In this way, scientific liberalism became for Dawkins a way to crusade against multiculturalism in favor of a liberal, scientific monoculture. Once religion had withered away and disappeared, humans would be free to enjoy freedom defined not as serious religious or spiritual pluralism, but as exercising various banal market freedoms.

Dawkins never seriously grappled with the tension between his avowals of the triumph of liberalism and his decidedly illiberal views on the religions constituting nearly every traditional human culture. Instead, for Dawkins the advent of a liberal, materialist atheism would mean a decline in world violence and a rise in social harmony. After all, Dawkins noted, “individual atheists may do evil things” but “they don’t do evil things in the name of atheism” and thus no war had been “fought in the name of atheism.”[5]

In other words, a liberal, atheist perpetual peace was on the horizon. At the same time the pages of The God Delusion expressed a unique, implicit justification for the War on Terror being waged all around Dawkins as he wrote. While he had believed he was popularizing the Darwinian science of memes, he had in fact joined in the construction of a culture for his fellow humans to inhabit. This was the varied scientistic culture of the War on Terror—truly a house with many rooms in it.

In this way a complex matrix of meanings—some in tension, some mutually reinforcing—formed the popular scientism of global war. In the popular imaginary of the New Atheists, scientific concepts objectively proved that this was really no war at all but the scientific exercise of power. Scientific authority of a certain distorted kind thus played the handmaid to power. If radical Islam had its imams, and fundamentalist Christianity its pastors, scientific authority too had its popular demagogues. Only this was demagoguery of an unrecognized form, for its proudest rallying cry was: “Science and democracy! Science and civilization!”

The New Atheists were thus one—albeit eccentric—attempt to enact a form of civilizational politics against barbaric others. What gave them such an unflagging sense of their own moral and political superiority was a deep confusion and inflation of the reputation and power of not only the natural sciences but also social scientific theory. Science had in a strange way made them delusional.

EDITORIAL NOTE: Part of this essay is taken from We Built Reality: How Social Science Infiltrated Culture, Politics, and Power by Jason Blakely. Copyright © 2020 by Jason Blakely and published by Oxford University Press. All rights reserved. 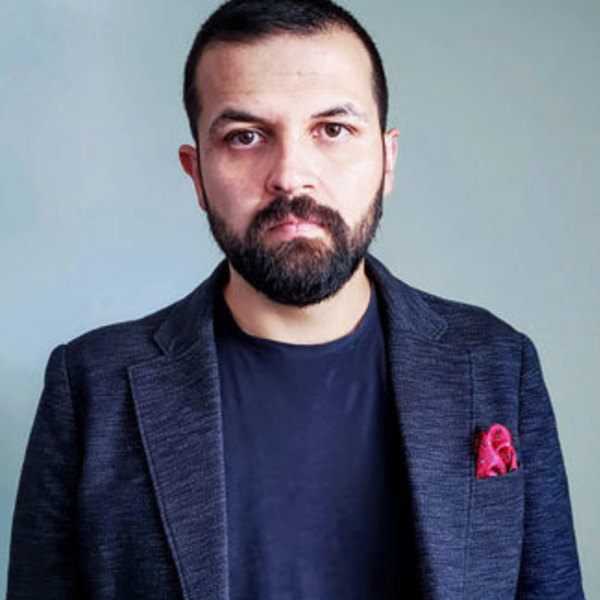 Jason Blakely is Associate Professor of Political Science at Pepperdine University. He is the author of Alasdair MacIntyre, Charles Taylor, and the Demise of Naturalism and We Built Reality. 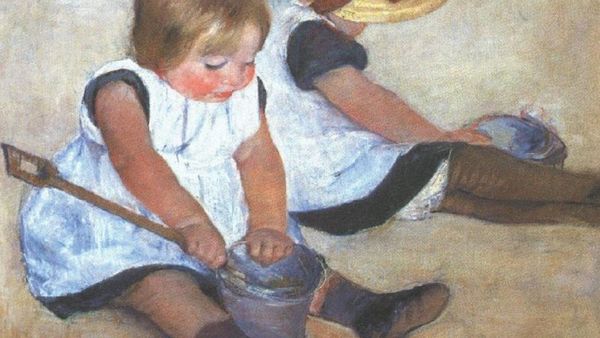