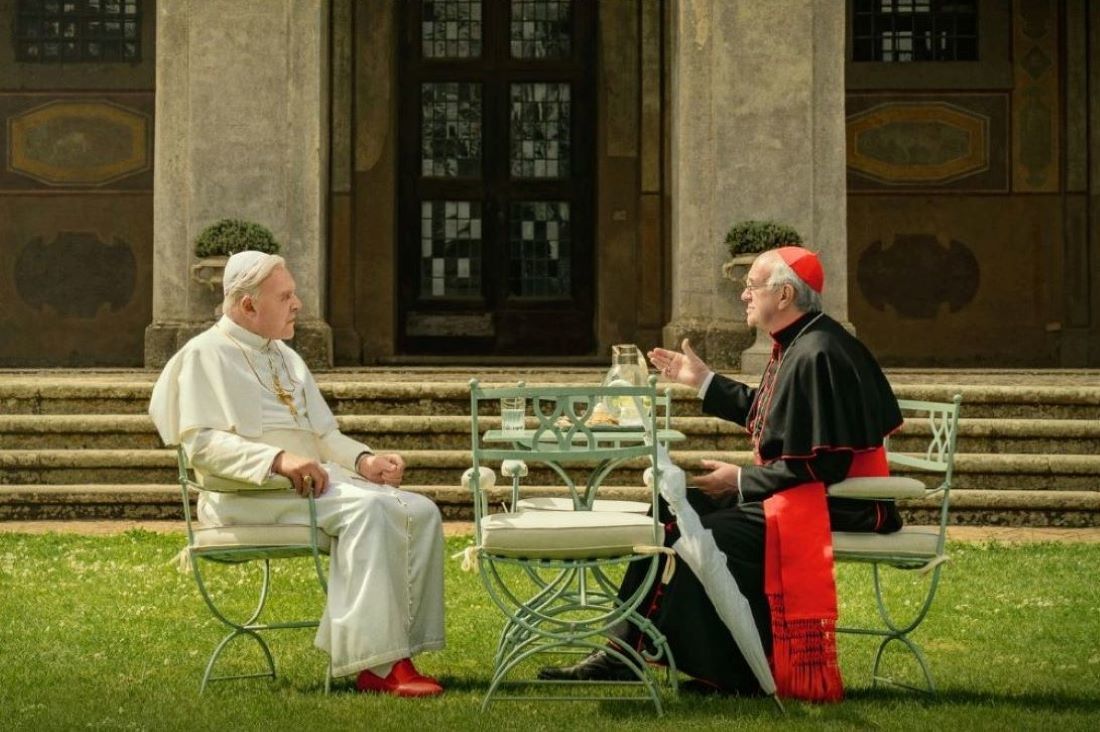 Once upon a time, I had the privilege of playing JFK speech writer Ted Sorensen, in, Thirteen Days, a film about the Cuban Missile Crisis. During the five months of shooting we would sometimes wonder among ourselves what the project would amount to. Sure, we were depicting a critical moment in contemporary history, albeit as a cast of almost entirely middle-age, male actors, debating at the tables of Washington’s inner-sanctums, and smoking as if in a Camel ad. No car chases, no sizzle-scenes, and no explosions. In fact, avoiding the big kaboom was pretty much the whole point.

At a private screening with Bruce Greenwood, (superb as JFK), we bated our breaths as the lights went down. When they came back up, we turned to each other in a mutual marveling, “Where were we when this movie was being made?!” Whatever liabilities we had perceived had been eclipsed, and director Roger Donaldson’s vision made vivid by the unseen hand of inspired editing. The final product, hewed close to history, captured a sense of the story’s massive scale, yet failed to gain the box office audience it deserved.

A new film enjoying quite a positive buzz seems to have flipped that formula. The Two Popes depicts real people, comports but occasionally with history, and is riding a swell of success with audiences. I am no critic, but as an industry professional, and now a member of the clergy, there is a personal stake in a film such as this. They do not come along very often. And, while I give it two thumbs-up, my other eight fingers also have something to say. Starting with those thumbs then, the first is in recognition of the lovely face of The Two Popes. Like the lemon-laundered breeze of its hillsides, a sense of hope permeates the film, leading to what it presents as a hinge-moment for the Catholic Church, forged initially on the Olympus of Castel Gandolfo, and completed in Rome.

An early bombardment of extreme close-ups, and seizure-inducing quick-cuts, yields, not a moment too soon, to a more natural rhythm, allowing us to enter a world of almost aching aesthetic beauty. From the clothing, to the music; the art and architecture, The Two Popes is a paean to the fruits of “the Catholic imagination.” The visitor here is handed a finely cut glass, brimming with sweet nectar, and in its inebriation, may miss that hinge-moment at the story’s center. But, let us put that on the back-burner for now. In this idyllic garden we are introduced to our all-too-human protagonists, or more accurately, the renderings of an all-too-human artist: one, a sketch for a figure, the other an actual figure; incomplete, but well underway. The former is how I see Benedict XVI in the film. The latter, of course, is the future Pope Francis.

When The Two Popes was released, word was it would be received along the usual polemical lines. Based on my peek at the landscape, this has not been the case. For example, in conservative-leaning, First Things, John Waters registers moments of appreciation before issuing an ultimately dark opinion. I may dissent from that opinion, but it is wellnigh impossible to refute the facts that bring him to it. Rather than rehash them here, readers kind enough to have come this far can link to the review and judge its particulars for themselves. For my part, I would like to address three concerns, in ascending order of importance.

To begin, the short-shrift given Benedict in The Two Popes, is passed on to the viewer. This is unfortunate. By way of personal disclosure, my own once adamant opposition to Joseph Ratzinger as a Curial Prefect, then as newly elected pope, was based on rigorous ignorance of his work, bolstered by the hard empiricism of rumor and speculation. After the first chapter of his, Introduction to Christianity, I was chastened to discover what a jerk I had been. It is a lesson that continues. Thus, even in the moments of humor seemingly meant to humanize him, I saw much of my former prejudice in the film’s portrayal.

The next concern is related. At one point in the film, each man confesses, sacramentally, to the other. As Benedict begins, an audio blur prevents us from hearing anything but a kind of murmur. However, that effect is applied a second after we get the uneasy sense Benedict is embarking upon admission of direct guilt in the abuse scandal. When the blur is lifted, Bergolio’s vehement response implies Benedict has confessed to protecting Marcial Maciel, a Mexican priest and one of the most monstrous of predators. Technically clever, it is in human terms, cowardly. And deeply troubling when considering that, rather than learn it was Joseph Ratzinger, who in fact began the case against the influential Maciel, audiences will come away with the impression of a contemptible man, whispering a despicable crime, and receiving easy absolution from someone sworn never to reveal it.

The last issue is, for me, the most significant, and least mentioned. It has to do with that hinge-moment. Benedict summons Bergolio to Italy to give him advance notice he has decided to resign from the papacy. Furthermore, he wants the Argentinian to succeed him. Some interesting back and forth ensues, but the situation boils down to this—Benedict is just too pooped to pope. His health is deteriorating, and there is little gas left in the tank. Bergoglio rightly points out that John Paul II was considerably worse off, yet persevered to a martyrly end. But Benedict reveals that the gas missing from the tank is not so much physical energy as spiritual faith.

Benedict, in this fictional encounter, tells his guest he believes in God, but God has gone silent. Not a peep. Nada. Nic. Nichts. Nihil. The walled medievalism of his Catholic world has collapsed it seems, and it is up to the future Francis to do what the Francis of Assisi did many centuries before, “Rebuild my Church.” Dark nights of the soul have been the daily bread of many a saint, the wine of visions the exception. The actual Benedict is keenly aware of this, but we get not a whiff of that in the film beyond an admission that God has chosen to speak to him through Francis. But God speaks through everyone. These modes are not exclusive.

The hinge-moment meant to introduce a fresh paradigm consists then of a faith-poor pope entrusting the Keys of Peter to a man with whose theological orientation he sharply disagrees. Behind the praiseworthy beauty is an acceptance, if not embrace, of the contemporary zeitgeist, namely, that ethics need no transcendent origin. Before the objection is raised, let me be clear—I am not suggesting atheists cannot be ethical. That would be patently untrue. I should be as ethical as some atheists. For the Church, however, it cannot be.

For the Church, dispensing with the priority of the ontological to the ethical would be like trying to switch on a lamp without plugging it in. The image of light seems apt, for in the Church’s view, ethical behavior is essentially the exercise of theosis (participation in the life of God), generating not merely light, but illumination.

John Waters concludes that The Two Popes is a propaganda film. If he means that in the original sense of the term, I would agree. However, he seems to be using it pejoratively. In my view, that kind of propaganda requires a strong element of cynicism. There is a fine line between ignorance, especially when willful, and such cynicism. I do nott see that the film has crossed it. The second thumb up then, is in support of the film’s best intentions.

Its creators might cringe, but I would say it actually aspires to be Catholic art. More importantly, it provides an increasingly rare moment in which a major studio has chosen a thoroughly Catholic subject, rendered it beautifully, as well as affectionately, and is currently championing it for its industry’s highest awards. It might be corny to say maybe: but this a lovely teaching opportunity. Those who enter the world of Two Popes are, in a very real sense, our guests. They should be welcomed warmly, and given every gift we ourselves have personally received. 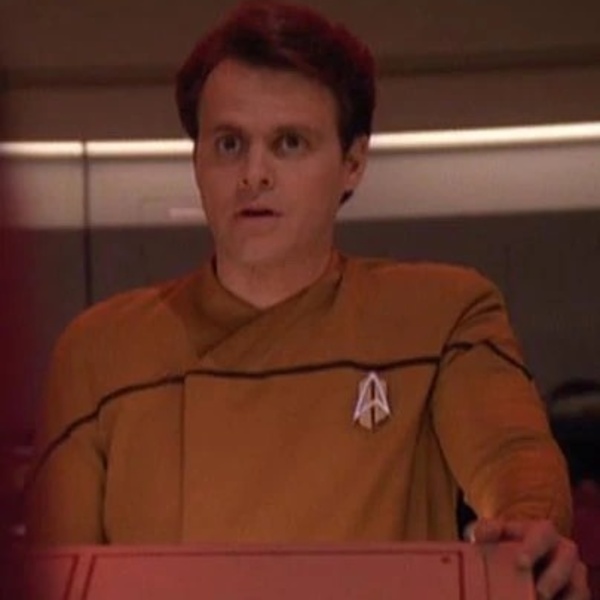 The Nature of Gothic and Modern Oblivion

John Ruskin on the humanizing elements of the Gothic period and their recent disappearance. 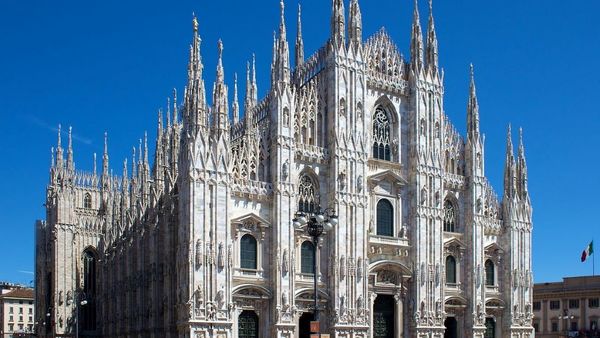