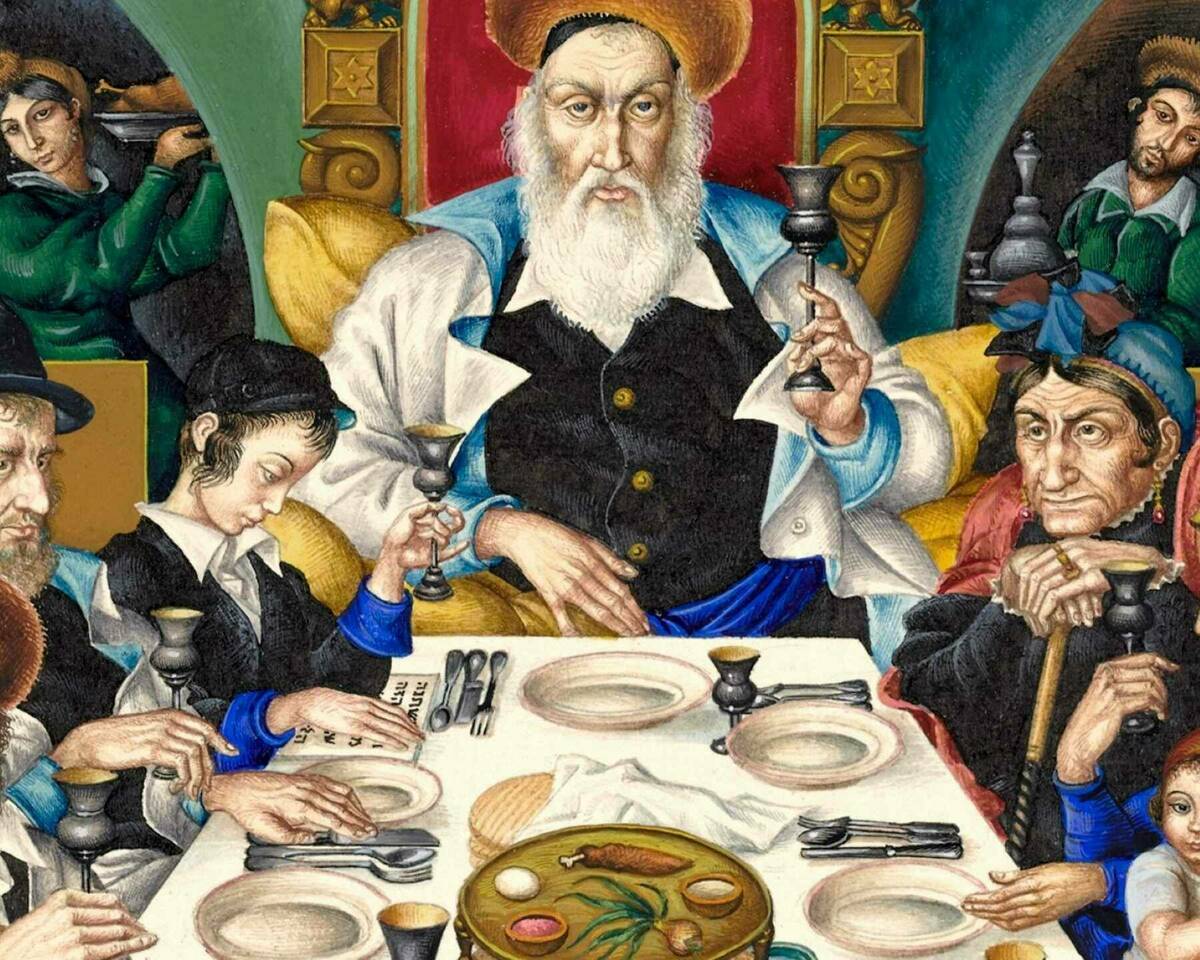 Of the many memorable songs of the seder, the Passover evening ritual, the most popular is probably dayenu (“it would have been enough for us”).[1] This song divides the story of the exodus from Egypt and its aftermath into discrete events, and upon each, pronounces: Had God done only that, and nothing further, it would have sufficed. The first stanza runs as follows: “If He had taken us out from Egypt, but not carried out judgement against them, it would have been enough for us.” This is a reasonable counterfactual; we can easily imagine a different past in which the Israelites left Egypt, but the Egyptians were spared God’s punishment. But soon enough the song veers into absurdity.

And yet, if dayenu is absurd, then it works to reveal the absurdity underlying all of our lives. Consider: I devote myself to my family, first and foremost to my wife and children; they are the nucleus of my life. And yet, how many chance events need to have occurred for this family to have come about. If my mother had not left Romania, or if, having left Romania for Italy, she had remained there, rather than journeying on to Brooklyn, I would not have been. If I or my wife had chosen a different graduate school, we never would have met. And so on. There is an ever-rising sea of contingency that seems to overwhelm our bedrock commitments. What sense can there be in keeping faith, even unto death, with a relationship that rests on a million coincidences?

In the face of such absurdity, we look away. Or, we try to banish contingency. We say that the match was bashert, foreordained, that despite all appearances, it was destiny that brought us together. But the more sober course of action is to confront and cope with contingency.

I am reading Christian Wiman’s book, My Bright Abyss: Meditation of a Modern Believer. He ventures that “Christ is contingency.” Because faith must come from what we perceive, which is contingent, “faith is folded into change, is the mutable and messy process of our lives rather than any fixed, mental product. Christ is the only way toward knowledge of God, and Christ is contingency.”[2] By which I think he means that the distinction between the Father and the Son helps Christianity navigate the tension between the necessary and the contingent.

God the Father is necessity: he is the locus for that which cannot but be the case, the sort of being greater than which nothing can be conceived. But Christ is otherwise. Without descending into the metaphysical mysteries of Christology, we may say that the Incarnation seems in one way or another constitutive for (if not however intrinsic to) Christ, and yet the Incarnation, as a response to freely willed human sin, as an event defined in its details by the particular circumstances of late Second Temple period Palestine, seems shot through with contingency. Insofar as “Christ is contingency,” Christ offers a framework through which the worshipper can acknowledge and come to terms with her own contingent existence.

There are two ways to think about Christ in relation to Judaism (No doubt there are other ways). One is to suppose that Christ names something absent in Judaism, or indeed that Christianity can be distinguished from Judaism precisely by the fact that it has Christ, or that Judaism rejects Christ. The other way is to suppose that Christ names something that Judaism in one way or another possesses, but that it calls by a different name. Both of these perspectives offer insight, for it is no doubt true both that Judaism rejects Christ, and that the concept of Christ does theological work in Christianity that Judaism undertakes (at least in part) by different means. It is fruitful, for example, to compare Christ to the Torah, or to the people Israel.

And so, likewise, we might do well to think of the Passover holiday in relation to the contingency of Christ. Passover is the occasion in the Jewish liturgical year in which the Jewish people, as a people, confronts its own contingency, the moment when it explicitly raises the questions: What if it had not been as it was? And should we worry about the fact that what happened did not need to happen, at least not in every particular, even though some of those particulars seem quite important?

The song dayenu, which is entirely given over to counterfactuals, which recites the whole foundational history of Israel as a series of moments bereft of necessity, comes near the end of the ritual retelling of the exodus story, the part of the seder called maggid. Maggid begins with another counterfactual:

This little paragraph ends as it begins, with “us” as slaves to Pharaoh in Egypt, the first time as the past, and second time as the counterfactual present. We look back at the past to appreciate that our present could have been otherwise.[3]

How do we respond to this awareness? The counterfactual statement at the beginning of maggid immediately gives rise to an obligation: “And even if we are all wise . . . we are commanded to tell the story of the exodus from Egypt. And the more one elaborates in telling the story of the exodus from Egypt, the more praiseworthy it is.” The dayenu counterfactuals also yield, in short order, to an obligation: “Therefore we are obligated to thank, acclaim, praise, glorify, raise, adore, bless, uplift, laud the One who did for our fathers and for us all of these miracles.”[4] The contingency of history, through the power of its intense fragility (the phrase is e.e. cummings’s), invites us to unfold toward it: by recounting the history, as storytelling, to each other; by recounting the history, as liturgical praise, to God.

Jewish liturgy does not, to my knowledge, entertain counterfactuals on other occasions. The recitations for the festival of Purim do not stop to note that if Esther had not intervened, then the Jewish people would have been destroyed by Haman (On the contrary, Mordecai in the midst of the crisis insists that the Jews will be saved whether Esther acts or not. See Esther 4:14). No liturgical text for Hanukkah bothers to observe, dayenu-like, how each element of the Hasmoneans’ revolt is in principle separable from its successor. Contingency is difficult to take note of at the level of the corporate body, perhaps because identification with such bodies appeals to us precisely as a way of alleviating our own contingency as individuals.

What is it about Passover specifically that encourages the liturgy to consider alternative corporate histories? It seems to me that it is bound up with the fact that Passover constitutes, within the Jewish tradition, a fundamental inflection point. Before the Passover event, theology concerns the never-changing ways of God, and even if God did break the primordial monotony through the act of creation, and through sustained relationships with individuals, it was not yet clear, perhaps not even yet determined, whether God would treat the world that he had created as an object or as another subject.

But on Passover, realizing a plan he hatched with Abraham, God commits, absurdly, to adopting a son, Israel, and through that son, the world. And by means of this relationship, he implicates himself, in some constitutive way, in the contingencies of life in this world.

[1] For the Hebrew and English of the haggadah, the liturgical text of the seder, see here.

[3] Another counterfactual comes in between these two: In response to the wicked son’s question, the haggadah directs the parent to say, or at least imply, that “if he had been there (i.e., In Egypt), he would not have been redeemed.”

[4] Immediately prior to this line occurs another counterfactual: “A person is obligated to see himself as though he left Egypt.”  It is possible to see the dayenu as an anticipatory elaboration of this counterfactual, where the “as though” finds expression in a series of “if he had not”s. 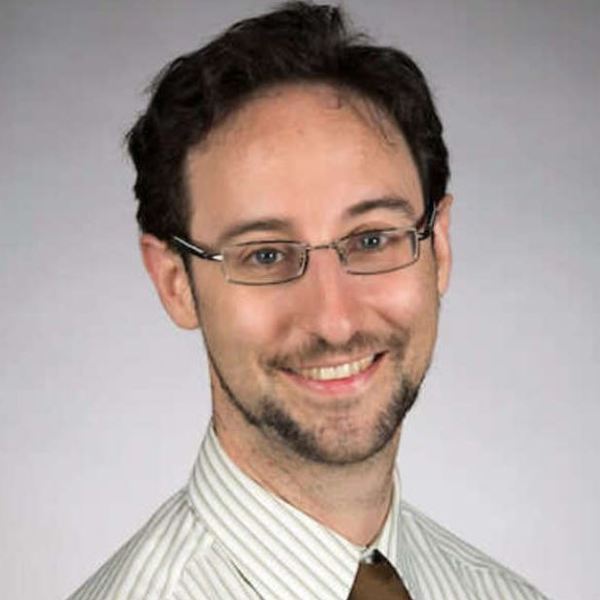 Tzvi Novick is the Abrams Jewish Thought and Culture Professor of Theology at the University of Notre Dame. He specializes in early rabbinic Judaism and ancient Jewish liturgical poetry. 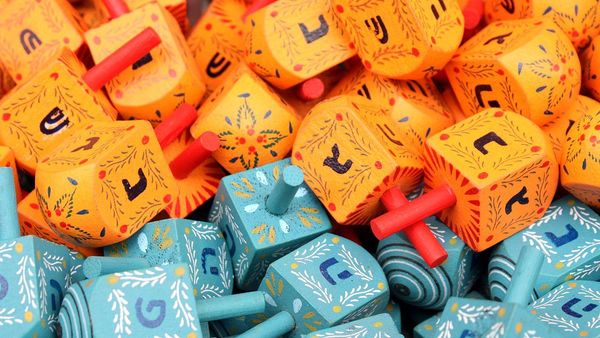