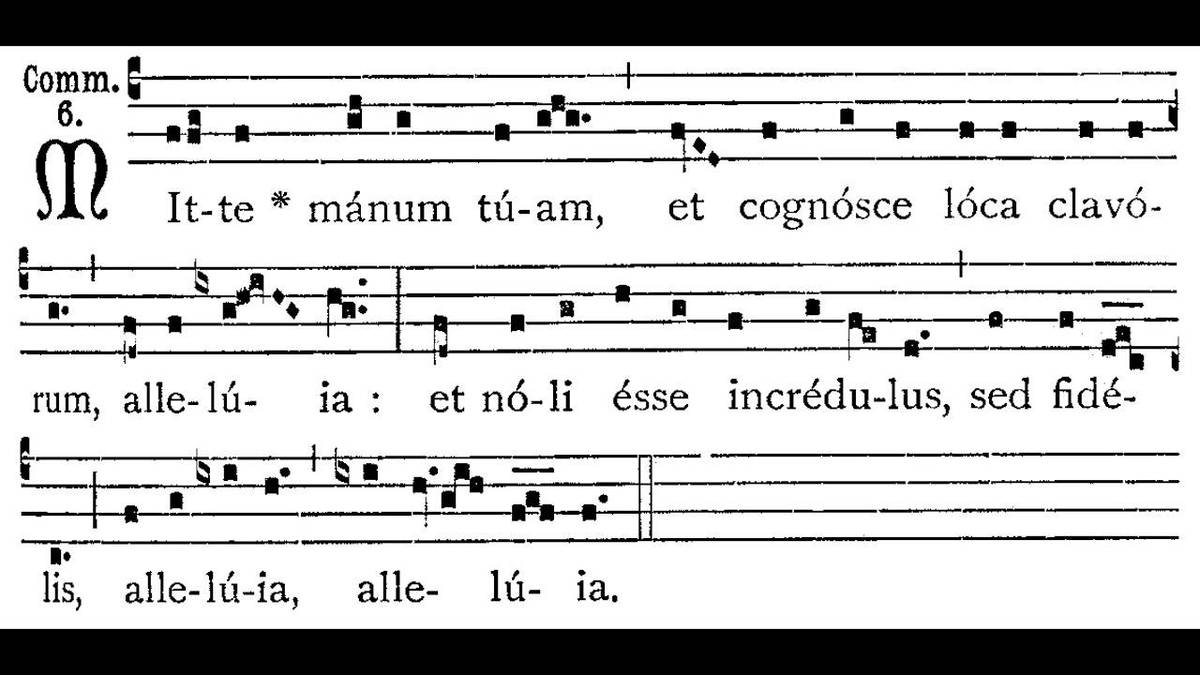 St. Augustine famously said that he who sings prays twice. Commonly seen on choir t-shirts and tour booklets, a reapplication of Augustine’s phrase taken out of context elevates the skill of those able to sing as being more accomplished at prayer. Yet, this isn’t quite true. Reading the whole text which this blurb is taken from leads to a deeper understanding. Augustine writes, “For he who sings praise, does not only praise, but also praises joyfully; he who sings praise, not only sings, but also loves Him whom he is singing about/to/for. There is a praise-filled public proclamation (praedicatio) in the praise of someone who is confessing/acknowledging [God], in the song of the lover [there is] love” (Enarratio in Psalmum 72, 1: CCL 39, 986). There are multiple ways of looking at this, yet I’m interested in one specific application of this.

Augustine’s passage is concerned with love. An apt parallel can be drawn to the Song of Songs, which Origen describes as, “a drama of love is that of the Bride hastening to consummate her union with the Bridegroom” (Origen 200). A drama because the Bride and the Bridegroom are in constant dialogue, neither one being dissolved into the other. Once again, a dialogue present as a prayer from both parties. Both retain their individuality but enter into union together. This union by an act of love is practiced through the reception of the Eucharist. In his recent post on the Roman Canon, Timothy P. O’Malley wrote, “The Eucharist is that sacrifice of love that is meant to unite together for all time the angels and the archangels, the living and the dead, the sinner and the saint alike.” During the Eucharistic celebration, a unique union of voices happens.

My experience, personally, has been through being a member of the Liturgical Choir at Notre Dame. Immediately after the Agnus Dei the choir descends from the loft. Exiting the loft and walking down the main aisle feels as if we (the choir) are given the gift of ascending from heaven, from the realm of the angels to the Eucharistic assembly.

While congregational hymns on the one hand provide a gathering of the body of Christ in one voice, allowing all to participate as one. On the other hand, choir pieces allow for the congregation to appreciate the gift of grace given freely by God as they contemplatively participate through the beauty provided by the choir. It is in the Eucharistic antiphon performed by the choir that the drama of the Eucharistic celebration is understood. The use of a choir piece here reaffirms the active-passive participation required by the communicants.

We need this kind of active passivity in the sense that each of us needs to accept the gift of the Incarnation, as just that, wholly gift. Just as the Bride recognizes the need of support from her groom in saying, “His left hand is under my head, and his right hand shall embrace me” (Song of Songs 2:6). Having a choir sing a piece during the reception of the Eucharist requires an passive activity from the assembly listening to the music, understanding the text, and appreciating the beauty of the gift of the music they are experiencing in Christ's presence.

As the Bridegroom gives his passionate love to his Bride in a union of love, so does the Church become united in Christ and receive salvation through the loving embrace and union of the Incarnate Flesh of Charity manifest and experienced through song as well.