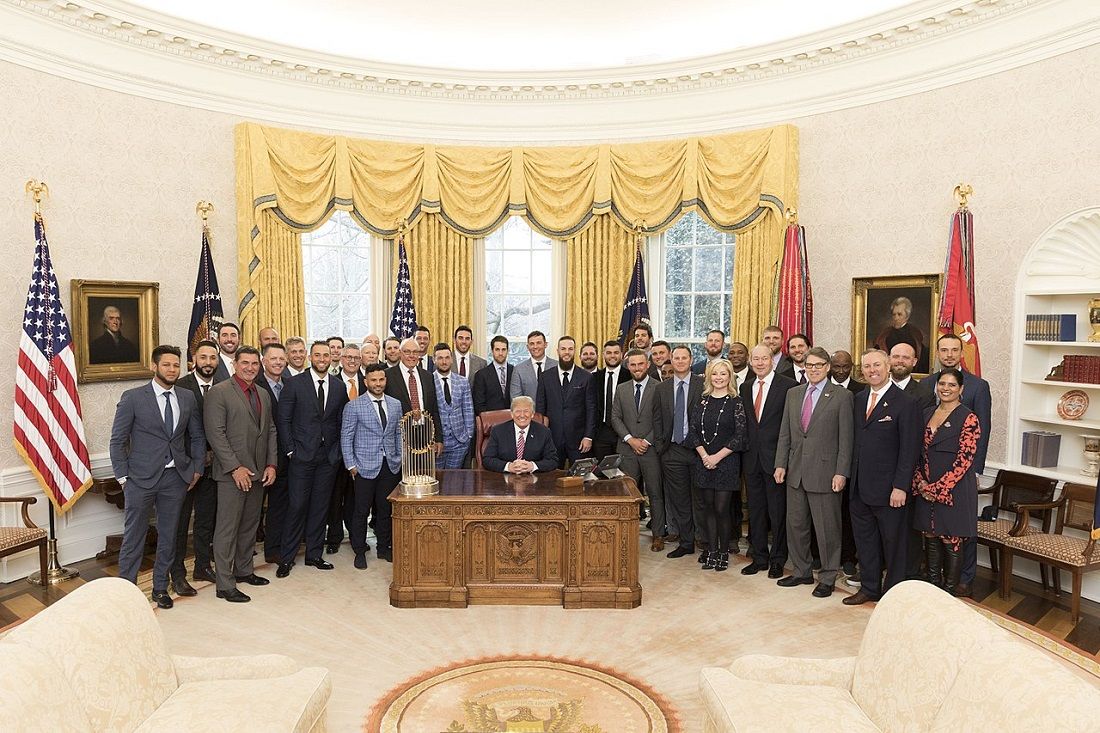 I took a hard lesson in 1994 when Major League Baseball showed me that the ballfield is not only a playground but also a workplace. I held out hope that my languishing Oakland Athletics might meet the eventual NL champion Montreal Expos in the 1994 World Series. But the players’ strike cost fans the World Series in 1994. Some fans turned aside from baseball. I did not. What was excellent in baseball could not be destroyed by owners or players. The game has a purity all its own. It is above all the possession of children. For this reason, baseball is a training ground for one particularly important virtue, namely, justice. Play enlarges the human soul in virtues that are meant to enlarge adult lives.

The workplace overflows with the language of play. “Who wants to step up to the plate and be on this committee?” “We need to call an audible and adjust the master schedule.” “You balanced those tires in record time.” Children who play fair grow up to work fair. The playground and the workplace ought to be places of justice, or rightness, both outwardly as the player or worker relates “rightly” to others and inwardly as the player or worker stands “rightly” in relation to his own work or play. “Let the kids play,” MLB says. That makes good sense.

Lately, however, the Houston Astros have become embroiled in a cheating scandal dating to 2017, outed by Mike Fiers, a former pitcher on the Astros who was left off the 2017 World Series roster.[1] While the investigation is ongoing, evidence supports Fiers’s claim, suggesting that they used a centerfield camera to relay signs from an opponent’s catcher to a monitor in the home dugout where a person watching would bang loudly on a trashcan to indicate whether an off-speed pitch was coming. During one 2017 game, the Chicago White Sox’s Daniel Farquhar stopped a pitch mid-delivery after hearing the mysterious banging several times while the Astros’ Evan Gattis was at the plate.

Data and analytics are beginning to verify what a significant competitive edge the Astros gained by these tactics.[2] The Astros allegedly devoted team personnel toward digital espionage to intercept signs, and that over the majority of a season, perhaps longer. That it allegedly took place in the dugout would implicate not just a handful of individuals, but the entire roster.

Baseball fans, you do not need anyone’s permission to be angry about this. If the allegations are true, the Houston Astros defrauded you. Like the steroid scandal, the abuse of the game and the disregard for fans’ desire for fair play is a true injustice.

Anger is a right response to injustice. Indeed, digital espionage in sports reflects an absence of justice in both the exterior and interior domains. Those who do so have not been “right” toward their opponents, fans, or themselves. And this injustice occurs in two manners: as profession and as play.

Let me first explain why this is a true perversion of the game. Pitchers, who must stand a mere 60 feet away, carefully craft their body mechanics in order to conceal pitches. Unless one is Hall of Famer Mariano Rivera with one untouchable pitch, changing speeds is necessary to record outs, the sole task of a pitcher. Part of the challenge of the batter’s game is hitting a small and fast-moving sphere whose spin you must instantly recognize.

As with cheating in any game, to remove or mollify the chief challenge of the game is to destroy the fun. It is admittedly desirable to acquire that knowledge in the batter’s box. Thus, if a pitcher “tips” his pitches—that is, moving in such a way as to signal what he is throwing—he gives away his advantage. When no one is on second base, he need not worry that the batter knows the catcher’s signs. But against the Astros, he might as well have announced his pitches with his lips.

Playing children often cry “unfair.” Children have an acute sense of the need for justice, because they often play games against children who are bigger, faster, and smarter. They must rely on the virtue to make up for what they lack in skill. It is important for adults within earshot to take their plaintive protests seriously, because these are moments that call for a coach to intervene. But why?

Justice resides in the rational appetite, and so play takes on a heightened role in the formation of the human will. Playing within the “mean” of justice guarantees that, even though one may have an advantage based on skill, the game itself has the integrity of having all participants in right relation to one another. Why sign-stealing is fundamentally “unfair” in terms of play is that it destroys what St. Thomas Aquinas calls the proportionis aequalitas (equality of proportion) that ought to be there between teams.[3]

Turning from play to work, when someone’s job is on the line, cheating risks depriving them and their family of income. Anyone in the real world who behaved in a professionally reckless way leading to unfair advantages over colleagues, affecting personnel decisions of others, and leading to broken trust in the work environment, would be disciplined, demoted, or dismissed. In some real way, no punishment can make restitution to whoever was cheated his edge from the mound, for example, Los Angeles Dodgers pitchers Clayton Kershaw and then-Dodger Yu Darvish, whose professional reputations suffered harm in the 2017 Series.

To further quantify the matter, the consummate baseball-as-workplace stat is WAR, or wins-above-replacement. The stat, through complicated analytics, measures the value of a certain player in terms of wins and losses. Thus, a player like the Astros’ Jose Altuve, who led MLB in WAR in 2017, provides his team more “worth” because his play quantifiably yielded wins. But the thing about WAR is that it is a stat based on exchange. With every uptick in an Astros player’s WAR came a downtick in an opponent’s. Negative WAR means that a player is disadvantageous to his team compared with an average player. And when acts of espionage affect WAR, it introduces error into the measurement. Since the life of any MLB player’s career is performance-based, that is an injustice.

What an offensive spectacle the Astros put on during the “record-breaking” 2017 World Series! Was it real? Defenders of the Astros will argue that they really hit those baseballs. That is true—even someone who knows a curveball is coming must still have the skill to hit a curveball.

Here is a better question: Were we watching a game? The answer is no. Now we know, as fans, that the *2017 Astros wasted our time. It is much like the performance-enhancing drugs scandal, when players combined PED’s with the skill they already had in order to obtain an unfair competitive edge.

There will always be an asterisk there. That’s the thing; the *2017 Astros had the talent, and so should not have tolerated cheating among themselves. That responsibility fell primarily on manager A.J. Hinch, his coaching staff (notably Alex Cora, now the manager of the Boston Red Sox), and general manager Jeff Luhnow. Veteran players like Carlos Beltran, now the manager of the New York Mets, should have unceremoniously cast it out of the clubhouse. Everyone knew it was going on. If all allegations are true, each failed in his own way.[4]

By contrast, Darvish’s magnanimity following the report has been exemplary. Here is how he understands his shortcomings in the 2017 World Series. “In life, I think huge failures are extremely important,” he said. “The World Series was one of them. I think it will remain a point of reference for me. I’ve already learned a lot from it. So regarding that, I can’t view myself charitably. I think I have to continue to accept the results.”[5] At the same time, what the Astros did is a real workplace justice issue. No show of discernible contrition and shame can be seen, outside of Fiers’s act. As such, it calls for vengeance from the MLB commissioner’s office.

Now, one often hears that the exercise of vengeance is unbefitting a Christian. Here, Aquinas is helpful. If the use of vengeance is born out of hatred, then it is altogether unlawful, but if it is ordered toward a good of some kind, then it may be lawful.[6] He points out that vengeance is a “special virtue” because it is a part of justice. As a virtue, it is something of a mean between the extremes of cruelty and being remiss to punish. Concerning the latter, Aquinas cites Proverbs: “He who spares the rod hates his son” (13:24).[7] Thus, vengeance to punish rightly must avoid both cruelty and permissiveness.

In closing, I want to make two final points about fatherhood and play. It may appear to be a paternalistic notion that MLB players need fatherly mentorship, but who does not? I will be 40 in a few months and I still need mentorship. I still have much to learn from my own father. We all need father figures. And baseball is the quintessential father/son game. Every good dad gives this lesson to his son: “Don’t cheat. It’s wrong and unfair.” A child may ask, “what happens if I cheat?” The response: “No one will want to play with you anymore.” So, if there is a distorted notion of justice, the fearful thought of “you can’t play with us!” makes up for a weakness of nature. Grown men should at a minimum have this fear, but clearly the lesson is no less apropos.

MLB faces a tall order now: do they have the constitution to live by their recent marketing ploy, “let the kids play”? We did not watch kids play. We watched adults play spy games. The use of digital espionage to reveal what is meant to be concealed is against the very nature of play. In truth, the Astros transgressed the only command of the game, “play ball.”

What is baseball? Well, how might children begin to explain it? “The pitcher throws a ball to the catcher in the strike zone. The batter swings the bat when the ball is a strike in order to hit the ball where the players are not. Then he runs around the bases and tries to score. But the pitcher and fielders stop him by getting him out. Got it?” They may tell you of the importance of pine tar, sunflower seeds, and spitting correctly, but they will tell you nothing of cameras and trash cans.

MLB players are looking less and less like their most devoted and worshipful fans—children. The spoiled and privileged, using technology to cheat the pitcher who is already on his elbow’s second mortgage, no longer look like the backyard kids who treasure unwritten rules and do not care if it is too cold to “play.”

It is MLB Commissioner Rob Manfred’s turn to be a father to these men. Will he “spare the rod” and deprive these young men the mentorship they need? Or does he have the courage to be a father? If he does, the Astros should take whatever penalties “rightly,” in the spirit of justice. They should take the message: “It’s not that no one wants to play against you because you are good, it’s that no one wants to play with you until you are just.”

[1] Ken Rosenthal and Evan Drellich, “The Astros stole signs electronically in 2017 — part of a much broader issue for Major League Baseball,” The Athletic, Nov. 12, 2019.

[2] Cf. Robert Arthur, “Moonshot: The Astros’ Offense Took A Huge Leap After They Started Stealing Signs,” Baseball Prospectus, Nov. 22, 2019; Travis Sawchik, “If The Astros Stole Signs, How Much Did It Help Them?” FiveThirtyEight.com, Nov. 19, 2019. 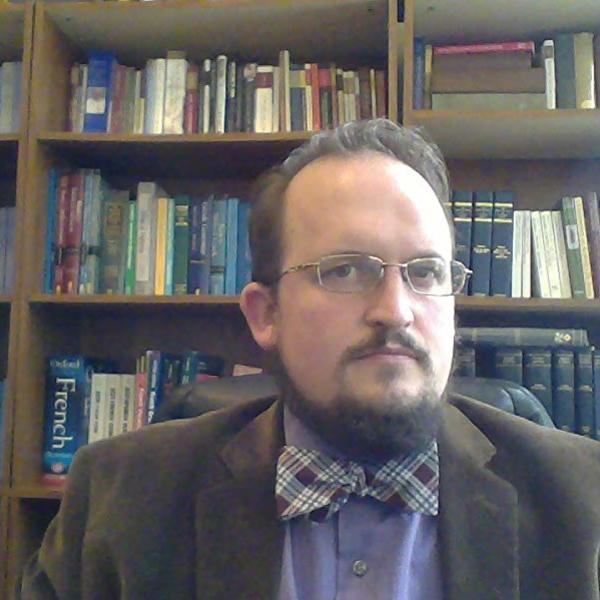 Kevin Clarke is Assistant Professor of Sacred Scripture at St. Patrick’s Seminary and University in Menlo Park, Calif., where he teaches Scripture and patristics.

What Lies Beyond Cutting-Edge Power Games? 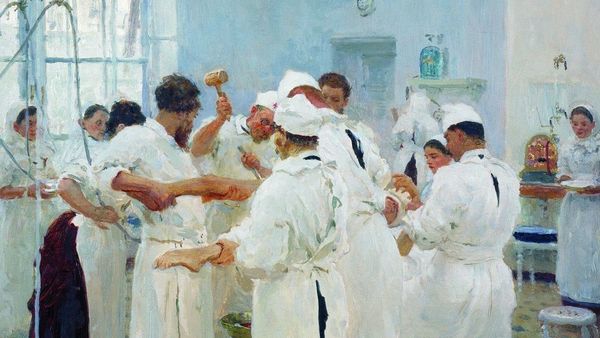