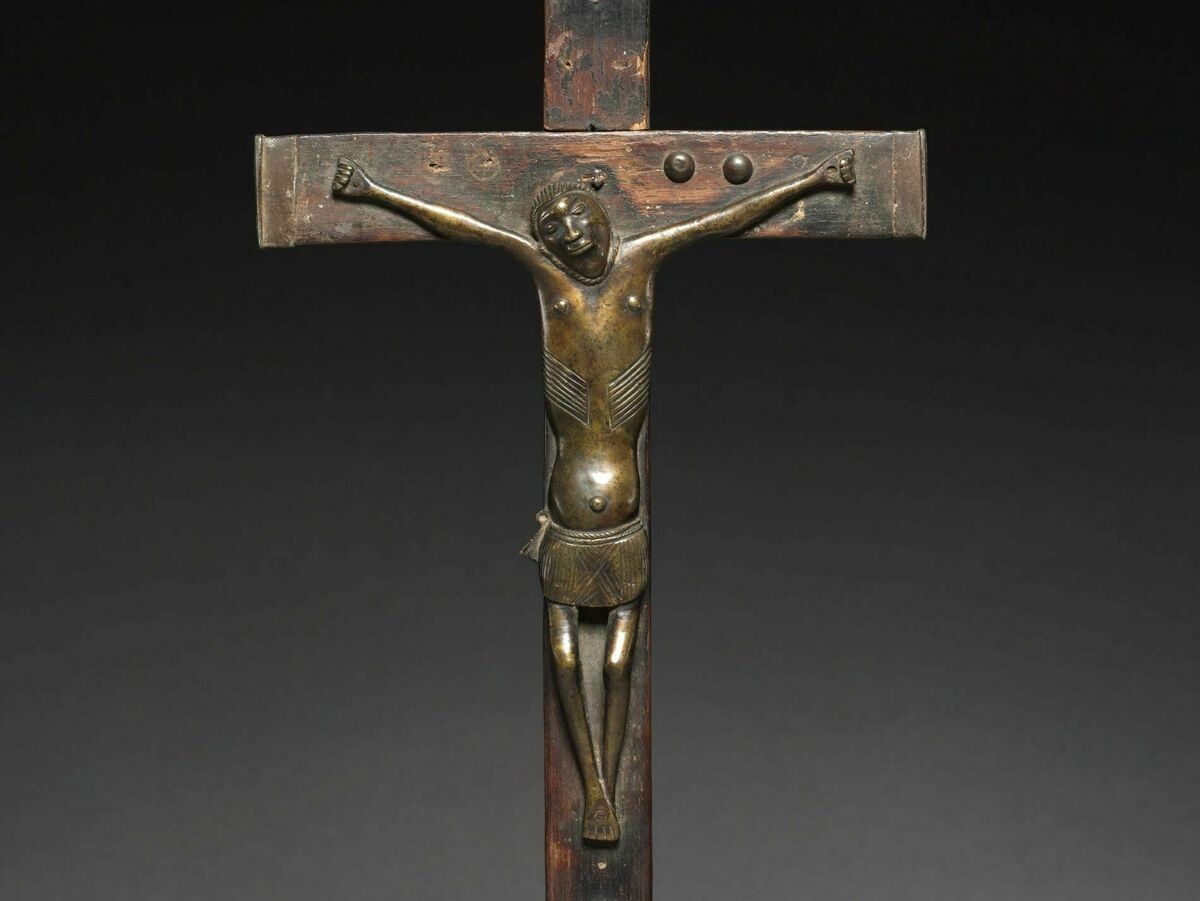 In October 1991, workers in Lower Manhattan accidentally discovered a burial ground dating back to the seventeenth century that contained the intact remains of 419 Black people. They were taken to Howard University for anthropological examination and, in 2003, returned to Manhattan to be solemnly reburied in what is now known as the African Burial Ground National Monument. Along the way they were honored in a series of tribute ceremonies, staring at Howard University’s Rankin Memorial Chapel and continuing to Maryland’s Prince Hall Masonic Lodge, the Mother African Union Church in Wilmington, the Mother Bethel A. M. E. Church in Philadelphia, the Bethany Baptist Church in Newark, and Liberty State Park in Jersey City. After an Arrival Ceremony at South and Wall Streets, where New York’s slave market used to be, they proceeded to the African Burial Ground Memorial Site, where a commemorative vigil took place before the final Public Tribute and Reinterment Ceremony on October 4, 2003. No memorial service at a Catholic church was included. This is unfortunate considering the likelihood that at least some of the people whose remains had been uncovered identified as Catholic.

The fact that no Catholic memorial service took place is regrettable, though not surprising. The history of African American Christianity in this nation has been studied almost exclusively from a Protestant perspective. “Black Catholics have been left on the margins of inquiry,” Matthew Cressler wrote, because they fail to fit “into our comfortable narratives.” Scholars are naturally aware of the presence of Black Catholics in colonial America, but these have typically been perceived as a passive community. “Catholicism among black slaves in America,” Randall Miller argued, “left no legacy of resistance” and “built no solid foundation for future black social and political activity.”

Black expressions of Protestant Christian devotion, however, have traditionally enjoyed a much more favorable interpretation. Black evangelicalism tends to be associated with the African American striving for cultural and spiritual autonomy. Theirs is not a history of passivity, but of Black people as heroic agents who bravely organized secret gatherings and held inflammatory sermons, risking their livelihood in defense of faith and paving a path to liberation that would ultimately lead to Martin Luther King Jr. and the civil rights movement. In this heroic narrative, Black Catholics have remained conspicuously absent. “In the midst of celebrations of black pride and rediscoveries of black culture,” Raboteau wrote, “some wondered where black Catholics fit . . . Were they not, after all, blacks in a white church [and] had not African American culture been overwhelmingly Protestant?”

My book, Afro-Atlantic Catholics: America’s First Black Christians, seeks to challenge this narrative by pointing to the importance of an Afro-Atlantic Catholic substratum in the history of African American Christianity. It argued that the traditional focus on Protestantism has led to a distorted understanding of the meaning of the Christian faith to African Americans and failed to answer questions of crucial importance: Why did Black people embrace the religion of the very same people who were responsible for the enslavement of their ancestors? If, as some have argued, Christianity was thrust upon these people by those who bore responsibility for an African cultural and religious genocide, how then are we to understand that so many of their descendants have come to embrace this faith in such a passionate way?

My book did not react to these challenging questions by insisting on the indigenous African features of early Black evangelical churches; rather, it stressed the importance of acknowledging that Christianity is also an African religion and that it was perceived as such by many enslaved people. It provided historical evidence that unequivocally demonstrated that charter generations all over the Americas included substantial numbers of Afro-Atlantic Catholics, who were as proud of their Christian identity as of their African origins. Their legacy, it claimed, is of crucial importance to understanding the further evolution of Black Christianity in the Americas because these charter generations built the foundations for future Black religious, social, and political activity.

The book started with a reference to Andrew Saxon, an escapee in eighteenth-century New York, who was labeled as Roman Catholic by his owner. The latter also seemed convinced that, even as a fugitive, Saxon would continue to take pride in his Catholic faith, displaying it openly via the crosses embroidered on his clothing. This man’s decision to publicly identify himself as Catholic in a profoundly hostile environment teaches us that we misconceive Black pride if we associate it exclusively with indigenous African or Islamic heritage. In fact, as the Brazilian scholar Marina de Mello e Souza has argued, to many enslaved Africans, especially those originating from the Kongo region, “Catholicism represented a link to their native Africa.”

It is, therefore, a mistake to relate Black Catholicism to passivity or to assume that theirs is a history devoid of resistance. Considering the virulent anti-Catholic mood in eighteenth-century New York, Saxon’s defense of his faith can unquestionably be classified as an expression of Black pride and resistance. As the circumstances leading up to the 1739 Stono Rebellion show, Catholicism even inspired enslaved Africans to one of the largest uprisings in North American history.

In order to understand the underlying reasons for this, it is important to move away from the simplistic view of Africa during the era of the transatlantic slave trade as a virgin, untouched continent, where only indigenous traditions were considered truly African. After all, the African history of Catholicism started in the fifteenth century, and the religion was embraced by locals long before the first enslaved Africans arrived on North American shores. Not unlike Islam, Catholicism was, in multiple African variants, the faith they had grown up with. It was their religion.

While the total number of Afro-Atlantic Catholics was small in comparison to the millions of others who arrived in the Americas without any knowledge of Christianity, they still had a profound influence on the development of Black diaspora communities. In many, if not most, places in the Americas, Afro-Atlantic Catholics played a dominant role in the charter generations that laid the social foundations on which enslaved communities were to be built. Using their shared familiarity with Iberian social practices, Afro-Atlantic Catholics were the first Black community to transcend ethnic boundaries in America. Even as far north as Manhattan, Africans from Cape Verde, São Tomé, Kongo, and other parts of Africa with a historically strong Portuguese influence bonded over the Afro-Iberian identity markers they shared.

Historical documents reveal the importance of one identity marker in particular: brotherhoods. Hence, my book concludes that the history of African American Christianity goes hand in hand with that of Black mutualaid and burial societies and that, in spite of major transformations triggered by changing local conditions, the charter generations’ fraternal structures proved of key importance to the development of Black Christianity in the Americas. The crucial factor in understanding the remarkable longevity of these structures is the importance of solidarity, care, leadership, assistance, consolation, respectability, and pride, to which successive generations of enslaved communities continued to respond with the organization of mutual-aid societies modeled upon the charter generation’s brotherhoods. They did so because the only people they could really trust were each other.

The theory that Black Baptist and Methodist churches in North America built on older layers rooted in Afro-Iberian fraternal traditions represents a revolutionary new perspective on the history of African American Christianity. It rejects the problematic assumption of the Great Awakening that Black people had lived in darkness until the day White preachers opened their eyes to behold the Christian light. Rather, it argues that the foundations of African American Christianity date back to the charter generations and that the later wave of evangelical conversion should be understood as the continuation of a process that was initiated in the fifteenth century on the Iberian Peninsula and the African Atlantic islands.

When the focus shifts to Afro-Atlantic Catholics, the image of Black Catholics in the broader history of African American Christianity changes dramatically. From passive bystanders they transform into active pioneers who adjusted and subsequently disseminated in America a form of Christianity with African roots: pre-Tridentine in nature, skeptical of outside control, and with a firm commitment to mutual aid and solidarity. A form of Christianity, in other words, composed of brothers and sisters who proudly call their churches “African” in the awareness that there is no contradiction in being Christian and being proud of one’s African heritage.

EDITORIAL NOTE: This essay is an excerpt from Afro-Atlantic Catholics: America’s First Black Christians. It is part of an ongoing collaboration with the University of Notre Dame Press. You can read our excerpts from this collaboration here. All rights reserved. 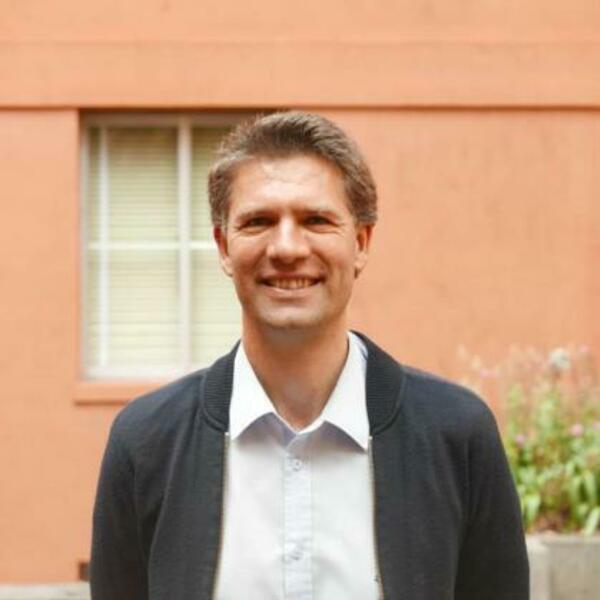 Jeroen Dewulf is director of the Center for Portuguese Studies and professor in the Department of German and Dutch Studies at the University of California, Berkeley.

The Essence of African Traditional Religion 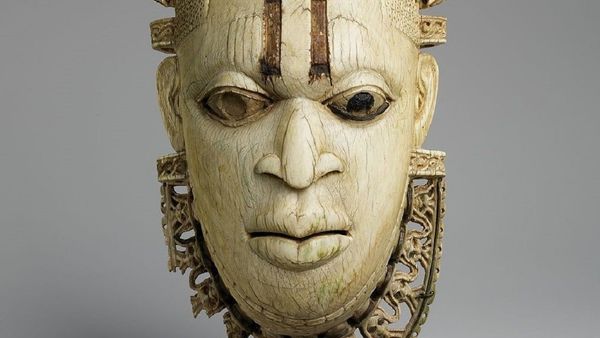