To be entirely romantic a thing must be irrevocable. —G.K. Chesterton

When I am shopping for an anniversary card, I am almost always drawn to the cheesy ones that feature elderly couples on the front. You know the type: An aged man and woman seated on a park bench and leaning into one another, or maybe it is a B&W shot from behind as the pair stroll side by side down a country lane.

I have been buying cards like that for Nancy since we were first married—maybe even before we were married if memory serves—because I have always believed they capture something essential about the Catholic nuptial vocation.

Namely this: That the absolute core of sacramental marriage is the vow. “Growing old together” is not just a heartwarming Hallmark sentiment. It is the very foundation of a sanctifying, and thus successful, marriage commitment.

Note that I did not say anything about “happy” marriage, although unqualified permanence certainly makes such happiness possible. If either party to a marital union reserves the right, either openly or secretly, to back out at some future date, then what we call happiness in marriage is hardly possible.

And what is it that makes a marriage happy? Does it entail a perpetuation of the giddy excitement and ardent passion that brought the couple together in the first place? That is what the world (and the movies) would have you believe.

But look again at those anniversary cards, or, better yet, at an actual elderly couple who have been married for 30 or 40 or 50 years. Don’t know any? You will find them in your parish, often at the Saturday vigil Mass, or maybe that corner eatery that offers “senior specials” before the dinner rush. Successful marriages will be well represented in such places. Look for the quiet, placid couples not speaking much, maybe not even smiling, but clearly content to be together.

They will also be the duos you might hear about that manage to weather extreme challenges of illness, financial hardship, and family tragedy. There is nothing magical about their marriages, nothing spectacular or extraordinary. They have simply decided that jumping ship is not an option, and they will hang in there, bride and groom, come what may.

That is not to say that the enthusiasms of courtship and honeymoon are not important—they are also essential! If you are fortunate enough to be married yourself, you will remember the head-over-heels wooziness when you first fell in love—a feeling that only intensified once you discovered that your beloved returned your affections in kind. There was excitement and anticipation as the romance flourished, the proposal was accepted, and the wedding plans were formulated. Bickering and pouts were few and far between, and there was an eagerness in your desire to make amends, a generosity in accepting fault and doing whatever was necessary to heal transitory breaches.

Then the big day arrived—anxiety, nerves, and maybe even a few last minute doubts. Yet the fever and fog of romantic attraction held you in sway, and you took the plunge: “Yes!” you said in effect and before a crowd of witnesses. “Of course I pledge my troth to you, for now and always!”

Needless to say, the older couples in the congregation smiled their knowing smiles. They enjoyed recalling their own exchange of vows so long ago, but they were also reflecting on their youthful ignorance of what those vows really meant. By then, they would come to know, as all faithful spouses come to know in time, that marriages may commence on wedding days, but they do not really begin in earnest until they are tested, and survive. That is why so many of them do not last these days. It may sound trite, but truly it is because so many of us are stubbornly convinced that the intense affinity and concord associated with the earliest stages of romantic love can last forever, that they ought to last.

For indissolubility is the crux of marriage—the promise to stay put, particularly when fun has given way to duty. The vow also happens to be the source of marriage’s creative agency, for it is a sacred tether that opens up all manner of possibility once romantic flames have settled into glowing embers. “Art is limitation,” Chesterton observed, “the essence of every picture is the frame,” and the frame of marriage is its solemn stability. You cannot foresee it on your wedding day, let alone during your honeymoon, but the days will come when the demands of childrearing or job stress or simple tedium will strain your relationship to the breaking point. It is then that a mutual respect for the sacramental tether of the marital bond will compel you to find new ways to manifest your nuptial self-surrender.

And here is the secret: It is all part of the plan. If everything was hunky-dory from “I do” until death, the vows would not really be required—what would be the point? Similarly, our friendship with God, which might be marked early on by heights of spiritual ecstasy and heroic resolve, will go through seasons of dryness, even darkness, which the Lord allows to temper and toughen our faith. There is a quality of composure about the saints, of patience and acceptance. Not resignation, for God’s sake, not despair, for such are the enemies of sanctity and marriage both. They are borne of the mistaken assumption that the exhilaration of our beginnings should endure to the end

It need not, and it probably will not.

“The book of love is long and boring,” goes the poignant song by Stephin Merritt of The Magnetic Fields. It is also filled with “charts and facts and figures,” and some parts are frankly “just really dumb.” But we still yearn for it. We still long for “wedding rings,” as Merritt astutely observes, the surety of another, one utterly unlike us, who will remain at our side through disappointment, disillusionment, and worse.

Which makes me think I should buy up more of those cards with the old couples on the cover. They would be just the thing to present to newlyweds as they launch on their adventures. It will give them something rich and real to aim for.

Editorial Note: Throughout the month of November, Church Life Journal will explore the Catholic imagination as an imagination of sanctification. By sanctified imagination, we mean the imagination which highlights the core narrative of the Paschal mystery, as radiantly incarnate in the saints. We seek to reflect on the manifold ways Christ becomes all-in-all through the men and women of his mystical body, the Church. As our authors explore the various dimensions of the sanctified imagination (please click the link for a list of the posts), we invite you to think along with us. Today's post is part of a sub-series, which explores the diverse states of life within the Church. 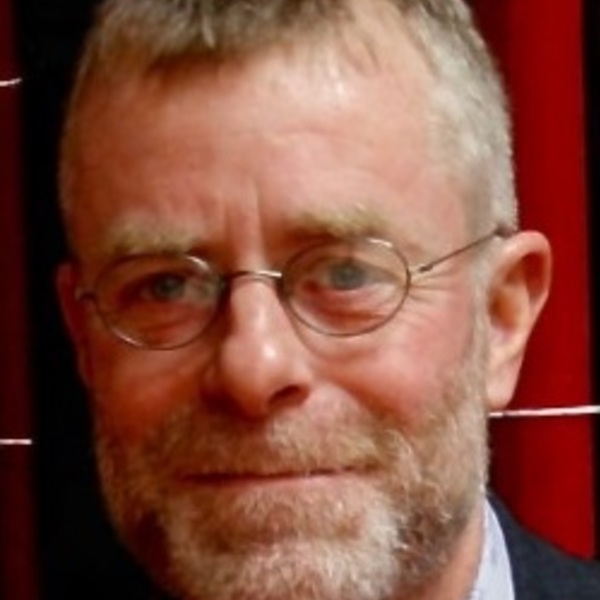 Rick Becker is a husband, father of seven, nursing instructor, and religious educator. A Catholic convert by way of G.K. Chesterton and the Catholic Worker movement, Rick has studied theology at Evangelical institutions as well as Franciscan University of Steubenville. He currently serves on the nursing faculty at Bethel College, Mishawaka, Indiana. You can find more of Rick’s writing at God-Haunted Lunatic.