I spent Easter in a cemetery. No, I wasn’t exactly visiting the graves of my blood relatives. Nor was I trying to get a part in an episode of CSI. I was at Mass—the Easter Vigil to be exact.

Out in the far right corner of the Archdiocese of Mobile, Alabama is a town called Holy Trinity. There, a little Catholic community founded by the Trinitarian order has a parish church. The Trinitarians also have three cemeteries on their grounds—one for the sisters, one for the priests and brothers, and the one for the public. On Holy Saturday night, I found myself, along with 40 parishioners, there in the public cemetery, standing somewhere between the living and the dead. I’d like to tell you about some of the people buried there as well as how we celebrated the Resurrection of Jesus in their midst on that night.

Here lies Leon Domingo—a 23-year-old African American from Jersey City, a former soldier. He rests here after being falsely accused of raping and murdering a White girl in 1957. He was executed, just like Jesus, and he chose to use some of his final breaths to forgive his accusers, just like Jesus. His last words as he was strapped to the electric chair were: “I forgive all of you here who convicted me to death even though I am innocent.” Then they killed him.


Easter Vigil Mass begins with the lighting of the new fire and the words: “On this most holy night, when our Lord Jesus Christ passed from death to life . . . [we] come together in vigil and prayer. This is the Passover of the Lord.”

Leon Domingo, pray for us.


The priest blesses the Easter candle and reminds us that the light of Christ dispels the darkness of our hearts and minds. I like the way John puts it in his Gospel: “The light came into the darkness and the darkness could not overcome it” (Jn 1:5).

Here lies Kim Williams—a 22-year-old Korean woman who married a U.S. military man. For this, her family disowned her. She moved with her husband to the U.S. in 1976 where he promptly left her for another woman. In grief, she walked the streets of Holy Trinity until one day she stepped in front of a logging truck. No one claimed her body.


Those of us at the Vigil processed up to the Easter candle to receive the light of Christ. The priest then instructed us to ignite the tea light candles on top of each of the headstones, welcoming into the light of Christ all those among us, even the dead. We read the names, the dates, lit the tea lights, and prayed with and for our friends.

Kim Williams, pray for us.


I have never been to Mass in a cemetery. Weird, mystical, powerful. Here it is, the night that Jesus passed from death to life and we were right there with everyone, on both sides of the great divide. The only light we had was Christ. What else could I say but “Thanks be to God.”

As we processed towards the church through the fields, candles in hand, I felt the presence of the ancient Church. Torches in hand, they too walked and worshipped among their dead, there in the catacombs. Martyrs for the faith—witnesses to the light on the other side.

Inside the church, we stayed among the cloud of witnesses (Heb 12:1), remembering in the readings their days on earth with God. Then we asked for prayers, in the Litany of the Saints, from others who knew the Lord. The crowd of the dead just grew and grew as Mass went on.

How they must have all cheered for the young man who was baptized in the Church that night. He was the newest one to join the family, to die in the waters of Baptism and be raised to new life, to receive the light of Christ from the Easter candle.

Here lies Kenneth Bearden—a homeless man. He was taken in by a Hispanic family of recent immigrants. They loved him and he loved them. Six months ago, two men, Kenneth and another, were out together. A shot from a gun pierced the night. Maybe it was an accident. No one knows.


Several people that night at Mass received their First Holy Communion. They shared in the Body of Christ, the living Body that we are, and drank the Blood of Christ from the cup that makes us one.

Kenneth Bearden, pray for us.


I started this reflection saying that I wasn’t visiting the cemetery on Easter to pay my respects to blood relatives. Now that I think about it, I was wrong. The same blood runs through us all. That blood soaked the Cross. That blood forgives our guilt. That blood makes us family. That blood brings us home. Leon, Kim and Kenneth, Christ is risen indeed. Thanks be to God. Alleluia! 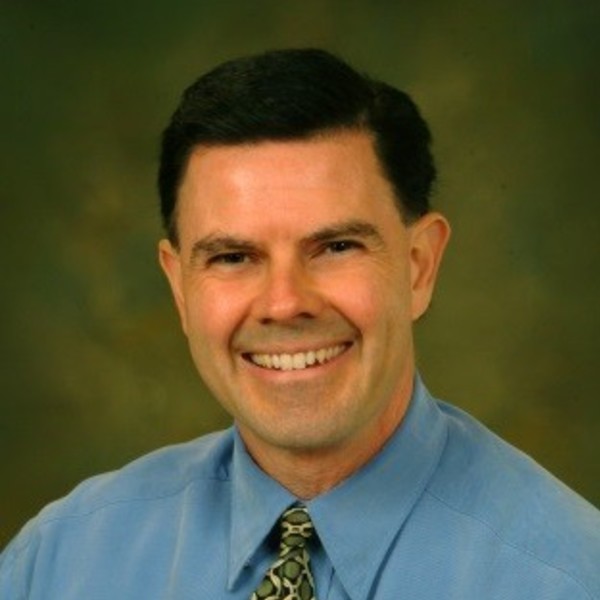 David M. O’Brien is an adjunct professor at St. Leo University and President of the American Institute for Democracy, Justice and Human Rights. He is also Director of Faith Formation at St. Timothy Parish (Lady Lake, FL) and author of There’s a Beer in My Handbag: Unusual Thoughts about Everyday Faith.