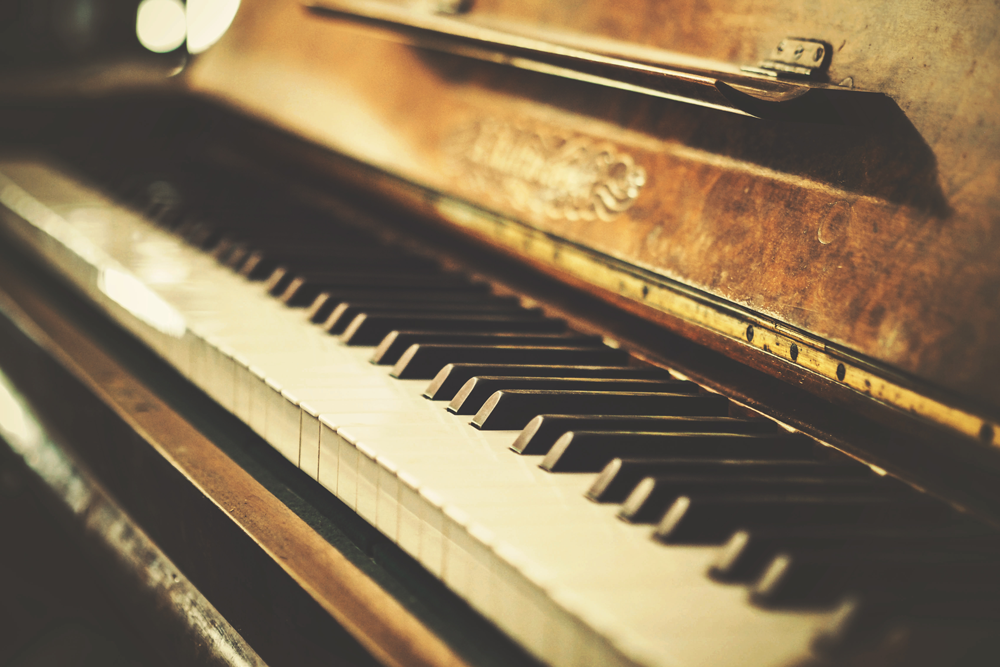 "Like performing and articulating music, we are meant to develop our relationship with God so that we can perform mercy and articulate love to all of humanity."

Visit here to listen to Notre Dame junior Lacey Silvestri tell the story of being schooled in the grace of attentiveness through her impatience with playing piano. Subscribe to the free Stories of Grace podcast on iTunes U and receive automatic notifications when a new story is published. The full text of Lacey's reflection is below.

We all have bad habits. Nail biting, hair twirling, maybe midnight snacking… regardless of what your habit is, this isn’t a foreign concept. And like anyone else, I too have my own bad habit, and it’s being inattentive…especially in prayer. And if I could go back and pinpoint just where this bad habit started, I think it’s safe to say that it all began at my childhood piano lessons.

Now I started taking piano lessons when I was three, and ten years later I finally convinced my parents to let me quit. As you can probably tell, I never liked my lessons. Every time I ever walked into class with my teacher Mrs. Heajin, I pretty much only had one of two things in mind: One, wondering how angry she’d be that I had neglected to practice for the entire week, or two, wondering if my crush at school would think it was super awesome that I knew how to play the song “Hey Jude” on the piano.

Every time I think back on my piano days, I can’t help but be a little disappointed in myself. I could never sit down at the piano and try to learn a song without the desire to skip all of the practicing and just get to the part where I knew how to play it perfectly and look pretty talented doing so. I like to use the phrase “I took piano lessons” instead of “I learned how to play piano,” because for ten years all I did was selfishly take things from people in an effort to make myself look better. I took endless amounts of time, money, and patience from Mrs. Heajin and my parents, all without batting an eye.

But honestly, even though I robbed Mrs. Heajin of a talented, focused student, and my parents of money that would’ve been better spent on literally anything else, I did myself and God the biggest disservice. You see, in one single piano lesson, you are meant to invest your whole mind and body into creating music. You learn how to translate one-dimensional notes scattered across a flat piece of paper into complex movements of fingers across keys. This requires so much attentiveness, focus, and interiority, and after ten years of it, I should be a pro. But unfortunately, that’s not the case, and one of my biggest regrets is that after a decade of weekly piano lessons, I’m just not that good at it.

Not unlike piano, prayer also requires attentiveness, focus, and interiority. When you learn to play a song on the piano, you have to study the sheet music for hours, memorize the arrangement, perform it confidently, and then articulate the piece’s meaning to the audience.

Prayer is similar. Like studying sheet music, we’re supposed to learn who God is in a deeply personal way; like memorizing a song, we seek to know God to the degree that we can acknowledge his grace in our lives even when we can’t necessarily see it; like performing and articulating music, we are meant to develop our relationship with God so that we can perform mercy and articulate love to all of humanity.

From a young age, I developed the bad habit of not being attentive. And if I couldn’t give my attention to Mozart or to Beethoven, how on earth could I ever give it to God?

This habit of inattentiveness that I formed because of my musical laziness had very concrete consequences in a lot of different aspects of my life. For example, I was never a natural at math, but cheating and using a calculator instead of using my brain only made it worse. As a beginner softball player, I was angry when I practiced very little and experienced shockingly minimal improvement. When I fought with my friends or with my family, I was annoyed when there was no immediate resolution without having first listened to a single thing they had to say. There were so many things that, had I just stopped, focused, and been present in my efforts, I would have excelled at in more meaningful ways.

My problem was that I never fully invested myself in anything. Not in math, not in sports, not in my relationships, not in piano. And most certainly not in prayer.

The teenage prayer life of my middle school and high school years was the ultimate victim of my bad habit. I pretty much always fell asleep before I finished my nightly prayers, if I even said them. Every time my class at school prayed rosaries, I pretty much just stared at the back of my crush’s head and daydreamed for a majority of the decades. When we went to monthly adoration, I made sure to be first in line so that I could get the chair in the back of the chapel next to the wall so I could lean against it to sleep the whole hour. Sleep, instead of adoring the one who emptied His entire self into humanity out of pure, selfless love, who invested every iota of His being into me regardless of my ability to do the same for Him.

Now I don’t want to get too academic here, but there’s this essay that I really love written by Simone Weil called “Reflections on the Right Use of School Studies with a View to the Love of God.” Sounds really exciting, I know, but just bear with me. When I read it a few years ago, it transformed the way I thought about my carelessness towards piano lessons and, by extension, my underdeveloped prayer life. In her essay Weil explains how prayer is a purposeful turning of one’s undivided attention towards God, and how forming that habit isn’t supposed to be easy. In fact it’s extremely difficult. She describes the skill of studying anything – from math to literature to, yes, even music – as a way to practice being attentive, to practice being present with something instead of trying to fastforward to the end result without putting any honest effort into it; and in this way, studying becomes a way to practice prayer.

After reading this essay, I saw the damage done in those ten years of my carelessness towards piano lessons. All those hours I could have fully invested myself in music might have helped me be more invested in my relationship with God down the line.

Instead, I left Mrs. Heajin’s room for the last time with nothing but unearned pride and a handful of songs that would very soon fade from my memory. Sadly, I can no longer remember the “Hey Jude” piece that I so hoped would attract the boy I liked in elementary school (and in the interest of full disclosure – that did not work).

Colossians 3:23 says, “Whatever your task, put yourself into it, as done for the Lord and not for men.” When I took piano lessons, I was selfish and I was vain, and I never thought about how I could use such a unique talent to behold God.

With the inspiration of Weil’s essay and with the gift of God’s mercy, I can safely say I have improved. I’m working hard to invest myself fully in my studies, my activities, my relationships, and most importantly, my faith. I’m even dabbling in piano again, this time from a whole new perspective. I’ll never be a sensational pianist, but that’s okay. I’m trying to do it the right way this time, “as done for the Lord and not for men.” I’m proving to myself that, with a little bit of focus and a little bit of grace, this bad habit can be broken. 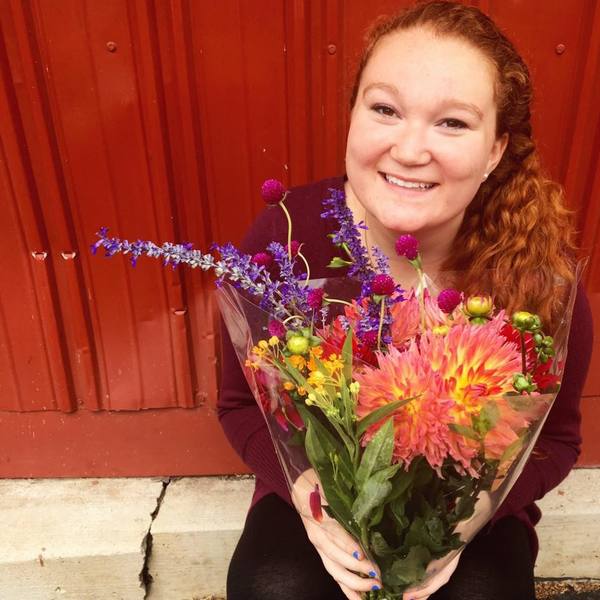 Lacey Silvestri is a junior studying History and English with a minor in Theology. She served as a Notre Dame Vision mentor in 2016. She tends to laugh so hard that she cries, and harbors a deep love for the Chicago Cubs, novels, and giraffes.