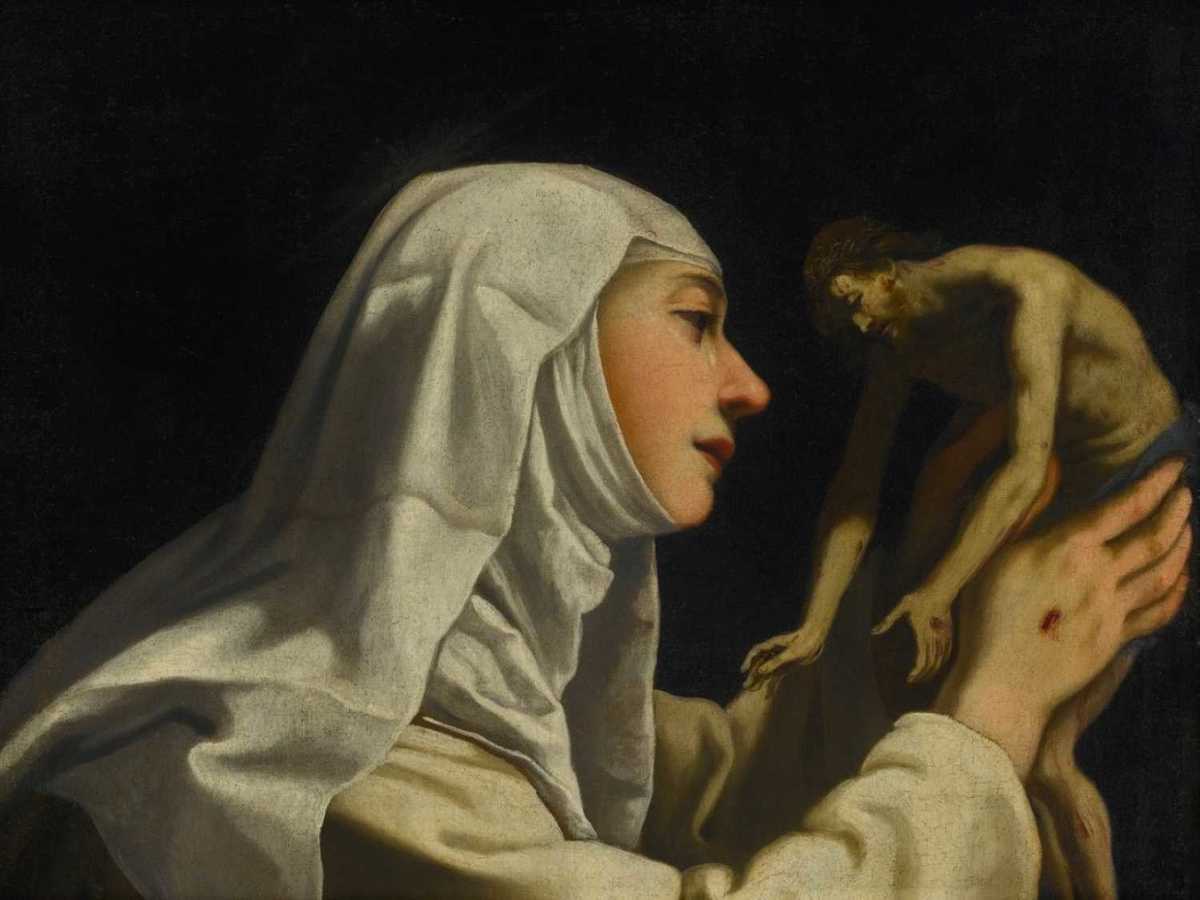 St. Catherine of Siena’s entire life we can affirm, is marked by love for the Church. We find the strongest affirmation of this in the Dialogue and in the numerous authentic letters that have come down to us. We find it in an extended way in the biography that I shall use here, the Legenda Major, written by Blessed Raymond of Capua, her spiritual director, and later abridged by another confessor, Thomas Caffarini.

Born in 1347, a year before the advent of the Black Plague, which devastated the West, Catherine Benincasa experienced her first vision at the age of six, a vision already ecclesially-oriented. Over the church of the Friars Preachers in Siena she saw Christ vested in pontifical robes and wearing the papal tiara, surrounded by the Apostles Peter, Paul, and John. He silently blessed her.

After receiving at the age of eighteen the black-and-white habit of the Sisters of Penance of St. Dominic, “the white symbolizing innocence and the black humility,” this mantellata was led to marriage “in faith” with Christ. In a vision known to mysticism within the Church and elsewhere in the Order, Christ exchanged his heart with his servant Catherine.

The Lord asked her to remain in the world and to practice the works of mercy there: “I will be your guide in all that you have to do.” It was at this time that, noted for miracles and mystical prodigies, which Raymond recounts in detail, she began to attract a host of people and to gather around her the most fervent of them, her family, her bella brigata—her beautiful band.

In 1370 came an encounter decisive for her but still more for Raymond. Catherine then busied herself with getting the Pope to return from his “captivity” in Avignon, and 1376 witnessed her famous sojourn in Avignon with Gregory XI, crowned with success even though not due solely to Catherine.

In 1377 Catherine retired to Rocca d’Orcia, where she had her vision of the Dialogue, which she then dictated and which was completed in October of 1378 (referred to in the Legend as the “Book”). But at this moment the Church was being devastated by another plague: schism. Two claimants contended for the Chair of Peter. Rallying without hesitation to the support of the Italian Pope residing in Rome, Urban VI, Catherine was to live out the last months of her life in the grief of seeing the garment of Christ torn and in ardent supplication for the cessation of the scandal. In 1380 she had one last great vision of the Bark of Peter and died on April 29 at the age of thirty-three, a symbolic number that has been contested along with other points in Raymond’s Life.

On the preceding Pentecost, at Bologna, her disciple and spiritual heir, Raymond of Capua, had just been elected Master of the Order of Preachers. He was to attempt, with some measure of success, to carry out the intuitions of the Siennese saint in reforming the Dominicans.

To Love the Church Is to Long for Her Renewal

The idea of reform, of renewal, is fundamental in Catherine’s vision of the Church. The Church of Christ should renew herself in each epoch, not in her divine structure but in her members, putting on the new man of which St. Paul speaks. The reform must begin with the head, and prelates should act “according to justice, humility, burning charity, and the light of discretion.” They should beware lest the other members of the Church perish, “rooting up the briars of sin”. The example of religious Orders is basic, and that is why they should cleanse themselves and work for the eradication of the most terrible evils of the time: schism and heresy.

In the Dialogue Catherine asks God to reform his Church, and the Lord responds with a promise of mercy in answer to the prayer of saints.

With these prayers, sweat and tears, I shall wash the face of my spouse, holy Church, for I have already shown her to you with the features of a woman so befouled as to resemble a leper. It is the fault of my ministers, and of all those Christians who indulge themselves in the heart of this spouse.

This promise is then made solemnly to Catherine by God, “for the mystical Body of the Church,” according to the expression used in Chapter 86 of the Dialogue. It is here that one can speak of that “experiential knowledge by virtue of which an individual soul can suffer in a marvelous way the universal mystery of the Church,” of which Cardinal Journet speaks at the beginning of his great work, The Church of the Word Incarnate, placing it under the patronage of St. Catherine of Siena.

The Apostolate of Prayer

With the wisdom springing from her experience of holiness, Catherine set herself to pray for the Church with all her strength: “I implore you to fulfill what you are causing me to ask you” “through the fruit of your Son’s blood.” Catherine offered her life for the Church. In her letters to the great personages of the Church, she shows this zeal for the healing of the Church through her purification. Thus we read her simple advice to the Cardinal of Ostia: “I wish you to be occupied with nothing but loving God, saving souls, and serving the sweet spouse of Christ.” She exhorts him, as she does so many others, to “act manfully,” courageously: “If he has to lay down his life, do it!”

In her legacy to Raymond of Capua, she recounts how in Rome, during Lent of 1380, “truly dead”, for she was “without any nourishment”, she was transported, from the time the bell rang for Matins until the end of Mass, to the Basilica of St. Peter. “I went in, and I set to work immediately for the Bark of Holy Church. I remained there until evening, and I did not wish to leave this place all day and all night.” “To work”—that is, obviously, to pray for the Church and “the bark of Holy Church,” a traditional image but doubtless evoked by the Ship represented in a mosaic of Giotto that could be seen at that time in St. Peter’s in Rome. Catherine’s mission focused on the needs of the Church and of Christianity. She had Masses celebrated “exclusively for the intention of Holy Church.”

Two months later, on the Sunday before the Ascension, Catherine entered into her agony. According to the account left us by Barduccio Canigiani, she prayed at length in these words, audacious, actually, which show her absolute love for the Church:

Merciful Father, you have always urged me to struggle with you for the salvation of the world and the reform of Holy Church, with my sweet, loving, grieving desires, with my tears and humble, continual, and faithful prayer— but I have slept in the bed of negligence. This is why so many evils and ruins have befallen your Church.

Catherine’s holiness consisted not in seeing the misfortunes of the Church and pointing out who was responsible for them but rather in attributing to herself the effects of sin in the Church. She could not separate herself from sinners in the Church but was herself one of them and thought she had been nothing but a “mirror of misery” to the countless souls God had entrusted to her. Pious exaggeration? On the contrary, a sense of the unworthiness of one who was not, before the One who is, according to the expression that is not only frequent in her writings but also essential to her theology.

Catherine, Doctor of the Church

The whole Dialogue is based, as we know, on four great pleas: for herself, for one cannot truly help one’s neighbor unless one first helps oneself; for the reform of the Church; for the world, and peace among Christians, and the metaphor of Christ the Bridge between God and men corresponds to this; and finally a particular intention, the mission of Raymond of Capua. We can see from this that Catherine’s prayer is both universal and limited, general and particular.

St. Catherine’s teaching on prayer forms part of her instruction as a Doctor of the Church. We find it dispersed throughout all her work, but particularly in the Dialogue, whose final chapter is itself a wonderful hymn to the Trinity. We find it also in a letter addressed to her niece, Sister Eugenia, a nun at Montepulciano, where she briefly summarizes the threefold way of prayer. First, there is the prayer of the heart, namely, continual prayer, or that constant and holy desire that keeps one in the presence of God. By this form of prayer, Catherine takes up an important teaching of St. Augustine, who remarked that, first of all, one’s prayer is one’s desire. Secondly, there is vocal prayer, especially that of the Divine Office, wherein our heart must be in accord with our tongue. Thirdly, there is mental prayer, in which the soul “unites itself to God in a movement of love. Rising above itself through the light of its intelligence, it sees; it knows and clothes itself in truth.”

In describing Catherine’s prayer, Raymond of Capua followed the qualities that Aquinas presents in his Summa Theologiae. But we can make explicit what Raymond implied in his biography, namely, that her prayer was truly apostolic, ecclesial, and by consequence very Dominican. Can we not say that like the Church, prayer itself is “a mother”? It nourishes, it teaches, it protects, it guides. As the Eternal Father revealed to Catherine, prayer is an apostolic mission.

In “the cell of self-knowledge”, he said to her, “it is through your tears, through your humble and constant prayer, that I wish to show my mercy to the world.” In this compassionate love, Catherine of Siena is truly the daughter of St. Dominic.

EDITORIAL NOTE: This essay is an excerpt from In the Image of Saint Dominic: Nine Portraits of Domincan Life. Used by permission of Ignatius Press, ALL RIGHTS RESERVED. 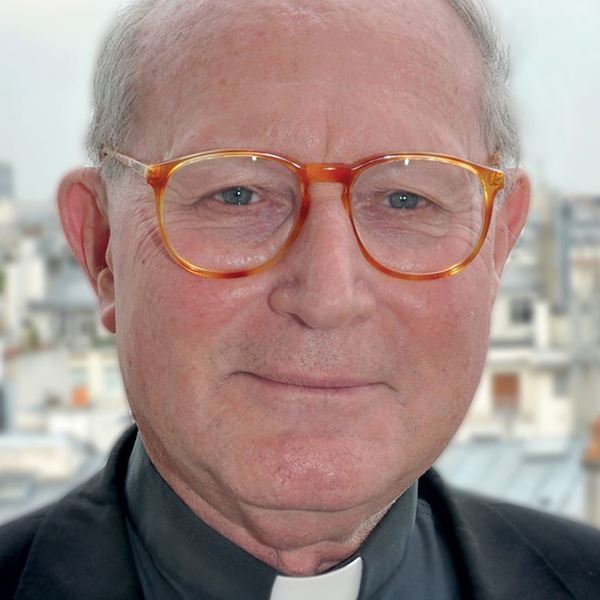 Guy Bedouelle, OP was a French Dominican priest and a highly regarded spiritual writer in Europe, with doctorates in theology, law, and history. He had a long teaching career in various institutions and he was the rector of the Catholic University of the West.

Leonard DeLorenzo, faculty member at the McGrath Institute for Church Life, on the conditions that make the human condition what it is. 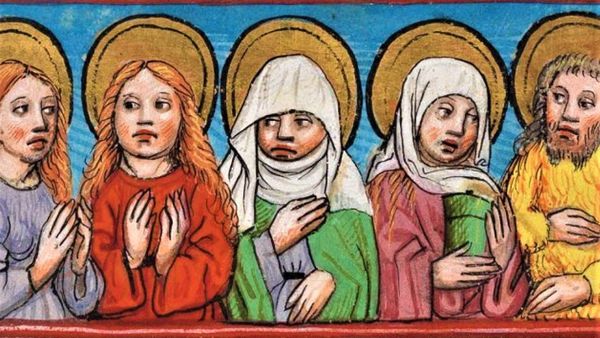