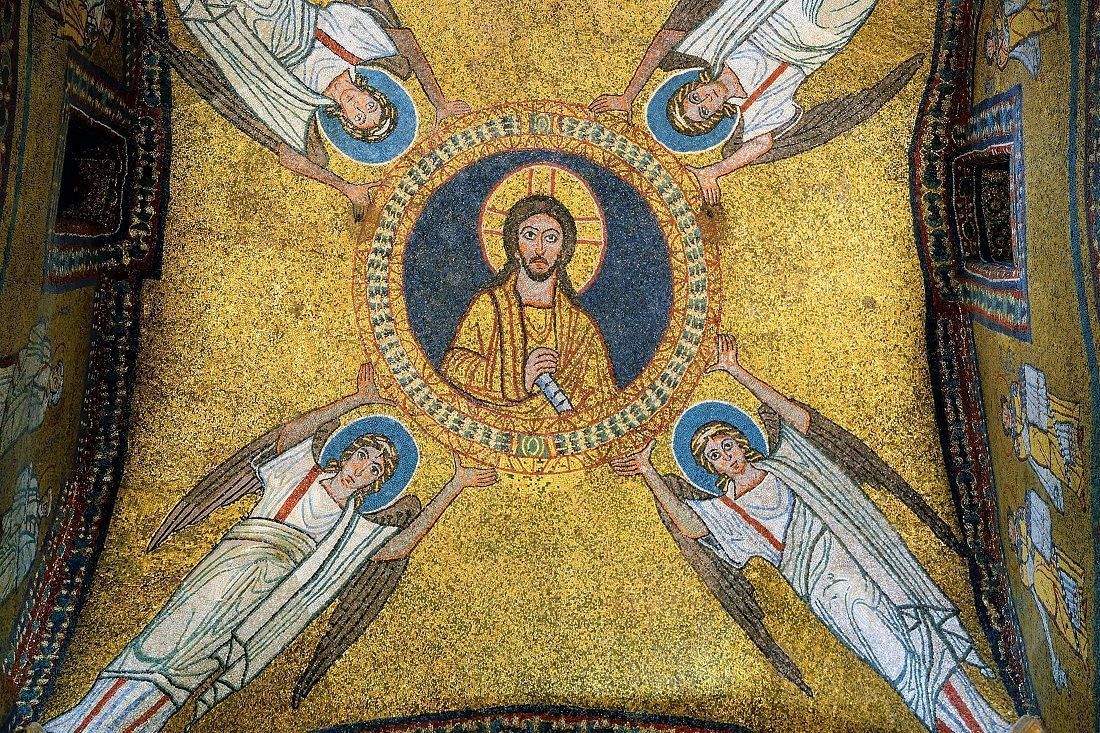 I do not pretend to have any firm conviction regarding the argument I intend to advance here; but I do find myself haunted by a curious suspicion I find it impossible not to confess.  I have complained with monotonous regularity over the past year or so (including in this very journal) that certain established conventions of biblical translation have often had the effect of entirely hiding from view two vital conceptual oppositions that pervade the books of the New Testament: that between flesh and spirit, and that between the psychical and the spiritual. They do this in a number of quite predictable but also quite effective ways. At certain crucial junctures, for instance, words having to do with the principle of soul—ψυχή or ψυχικός—are rendered in vague and misleading fashions, as references to nature or natural life, or as describing sensual and irrational characters, or something else of the sort. In certain intrusively tendentious translations, like the NIV, words related to flesh—σάρξ or σαρκικός—become references to sinful nature or carnal-mindedness or something like that. And, most appalling (but also most common) of all, almost every use of a word having to do with spirit—πνεῦμα or πνευματικός—is turned into some kind of reference to the Holy Spirit, although practically none of them actually is.

As a consequence, a whole host of the New Testament’s most essential theological, cosmological, anthropological, moral, and religious concepts are suppressed, subverted, belied, forgotten, and finally replaced by alternative concepts. As I have also mentioned before, I tend to regard Jude 19 as an especially poignant example of these practices. The Greek reads: Οὗτοί εἰσιν οἱ ἀποδιορίζοντες, ψυχικοί, πνεῦμα μὴ ἔχοντες, which literally means “These are those who cause divisions, psychical men, not possessing spirit.” Any rendering much different from this—and especially one that fails to give any indication of the original’s invocation of “soul” while transforming the mention of “spirit” into a mention of “the Spirit [of God]”—has utterly misrepresented the Greek, to the point of either saying something quite different from what the original text says, or of saying absolutely nothing at all.

Another verse from the same epistle, however, poses a problem of another sort. I suspect that it too may contain a reference to the opposition of soul and spirit in the thinking of the early church; but, if so, it is precisely by rendering it accurately and clearly that a translation is likely to make its meaning impenetrable. The verse is Jude 23: οὓς δὲ σῴζετε ἐκ πυρὸς ἁρπάζοντες, οὓς δὲ ἐλεᾶτε ἐν φόβῳ μισοῦντες καὶ τὸν ἀπὸ τῆς σαρκὸς ἐσπιλωμένον χιτῶνα, which I have rendered as “Yet also save them by seizing them out of fire; but have mercy on them in fear, hating even the inner tunic stained by flesh.” This part of the epistle (this verse and the one just preceding it) is notoriously difficult to translate lucidly, and different ancient textual exemplars give us quite a few variants, all of which are somewhat confusing.

But this last image of the tunic stained by flesh is common to all versions, and I cannot help but suspect that it has a greater significance than it might at first seem to have. On its face, it appears to be no more than a homely metaphor for something probably quite ordinary—precisely what, it is hard to say: putting off our lustful natures, perhaps, and putting on God’s likeness instead (as in Ephesians 4:22-24). There is, of course, the opprobrious reference to flesh, as something that defiles or stains; that is only to be expected. But is the tunic—the χιτών—really only a tunic? And in what sense is flesh so loathsome that it is a virtue to despise even the garments that come into direct contact with it? Perhaps it is only an oblique baptismal image, and refers to the removal of a catechumen’s old clothes before he or she descended into the water and then, on emerging from the font, donned a new garment of pure linen. In all likelihood, it is.

On the other hand, one should not ignore the long tradition of the use of the word “tunics” (χιτῶνες) or, more rarely, “garments” (ἱμάτια) as an image for different kinds of malign accretions to the soul or spirit within us. In some parts of that tradition, these accretions were moral flaws or corruptions of temperament or the ill-effects of the world upon personal character. In the Gorgias (523b-e), for instance, Plato speaks of the need for the philosophical soul to strip off the habiliments of high birth, personal wealth, and the well-formed body of the aristocrat in order to achieve purity; and, according to Dioscurides, Plato also spoke of δόξα—in the sense of “personal glory” or “false opinion”—as the very last of these χιτῶνες that must be shed when one dies. For most of antique tradition, though, the “tunics” that garb our inner natures are more than mere metaphors for personal failings or worldly emotional attachments. When Philo of Alexandria speaks in his Allegory of the Law (2.56-59) of this same δόξα as a kind of psychic involucrum wrapped around the rational faculty within us, he seems to be speaking of more than the bad habits and improper desires that we cultivate during the courses of our lives.

Throughout late antiquity, it was a trope not only of the Neoplatonists, but apparently of various of the more popular systems of belief and devotion—the so-called “gnostic” churches, or Orphic sects, or hermetic schools—that the spirit or intellectual principle within us, in descending into this cosmos, acquired layers of “soul” or psychical substance, and it is these “tunics” or “garments” that must be removed if we are to ascend again to the divine. Plotinus, for instance, in offering his interpretation of the ancient mystery religions, treated the disrobing of initiates as symbolic of the decortication of those ἱμάτια that come to envelop the νοῦς when it descends through the heavens and enters this world (Enneads 1.6.7). Proclus, in both his Commentary on the Alcibiades and his On the Subsistence of Evils (at least, in a fragment of the original Greek text quoted by Michael Psellus), also speaks of the enveloping χιτῶνες that we acquire in coming hither and that we must shed again in going hence; and he uses the image in a way that is simultaneously moral and, so to speak, physical.

For late Platonism in general, the rational spirit or intellect within us is wrapped in the seven “tunics” it successively donned as it passed through the seven planetary spheres, as well perhaps as additional layers gathered from the elements of the sublunary world. Each of these “souls” constitutes a kind of vehicle or support, an ὄχημα, which allows the spiritual principle at each stage of its descent to enter into the next lower sphere, until finally it is able to enter into the prison of the mortal material body. With each garment assumed, the oblivion of the spirit’s true home and nature deepens. This same metaphysical and mystical imagery was shared also by any number of the less respectable spiritualities and mysteries of late antiquity, though with variations (the Valentinians, for instance, may have imagined a similar scheme of seven celestial soul-tunics, while the Basilideans may have thought that there are in fact 365).

All of which causes me to wonder whether Jude 23 is saying something rather different from what we might expect.  Perhaps the inner tunic in question is not meant to be—or not meant merely to be—a reference to humankind’s vices and frailties, or to the external tunic that lies upon the skin, beneath one’s outer garments, that must be removed before one descends into the baptismal waters. Perhaps it is a reference to the psychical vehicle that mediates between the spirit deep within us and the mortal body of flesh and blood in which it lives. Perhaps it is an “inner tunic” in a deeper sense, one “stained by the flesh” from the inside, so to speak. One could no doubt have thought of this condition not in terms of a prenatal descent through the heavens, but only as the consequence of life in a fallen world.  Then again, who can say what Jude thought regarding the origins of the spirit in human beings (or, at least, in those among those that verse 19 describes as actually “possessing spirit”)?

Whatever the case, given the language of verse 19 and given the theology of resurrection found elsewhere in the New Testament, this idea of a psychical vehicle could very well explain the image. Again, I am not suggesting that I have any firm convictions on the matter; but, for me, the mere plausibility of the question is, by itself, significant. It causes me to remember, I hope with at least something like a slight pang of humility, that the more we know of the intellectual and spiritual world in which Christianity and its scriptures took shape, the more perplexing the language and imagery of the texts become.

The more successful we are in departing from the prejudices and preconceptions of the present and in making our way back into that age, the more we find ourselves confused by the variety, complexity, and sheer wildness of its vision of reality. The more we know, the less we understand; and, conversely, the more we understand, the more we discover what we do not know. And so, after two millennia of theological and hermeneutical tradition—and, indeed, to a very great extent, because of tradition—we find ourselves ever anew confronted by these texts as mysteries yet to be penetrated . . . worlds yet to be discovered. 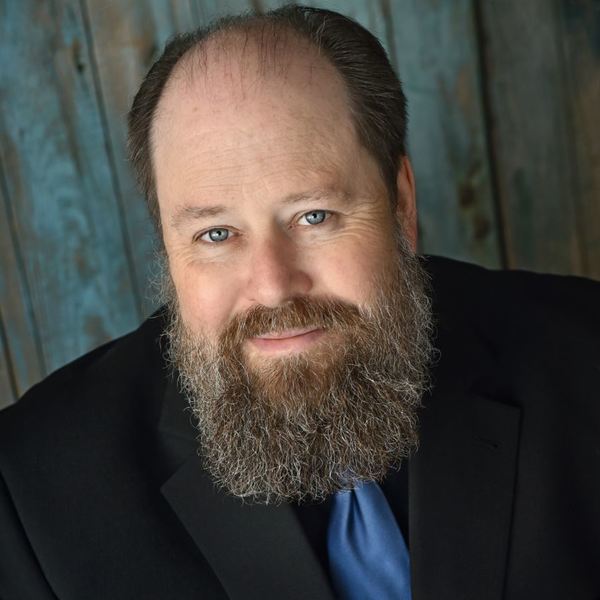