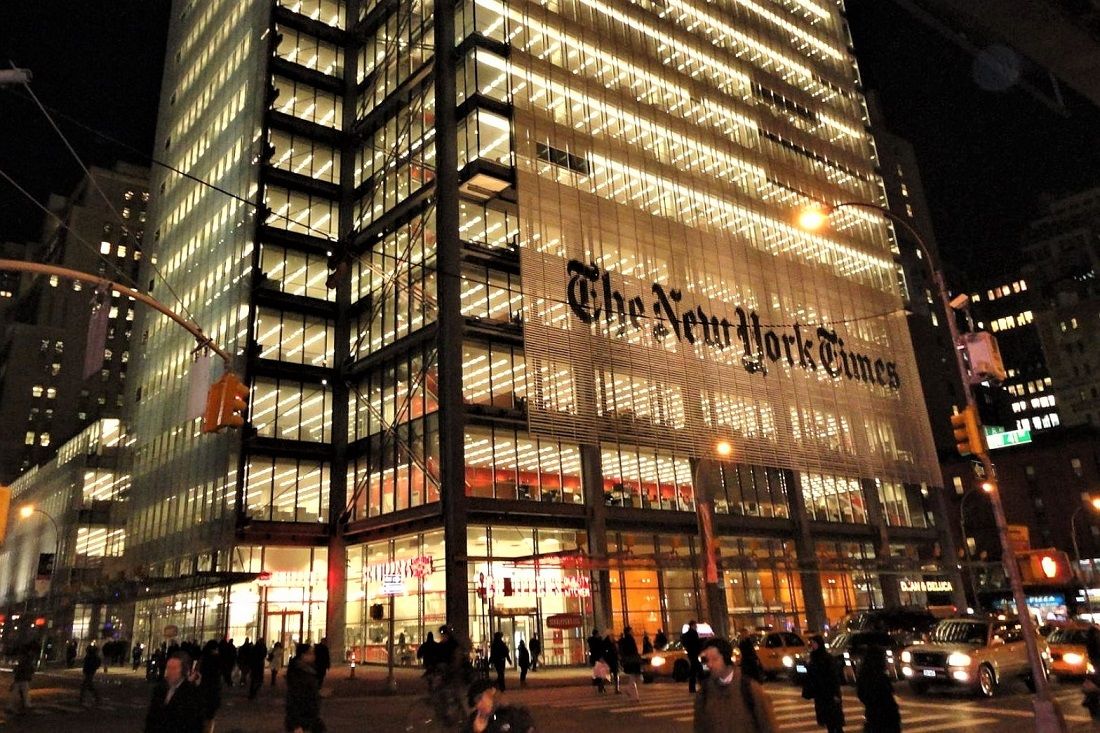 Whatever one thinks of his views, it is clear Ross Douthat has an irreplaceable voice in American public discourse. As a New York Times columnist who is read disproportionately by those who would otherwise dismiss conservative ideas, he has the gift of somehow inviting this audience to take such ideas seriously.

Sidebar: If you are not a regular listener to the Times’ podcast “The Argument”—in which Douthat spars and jokes with co-hosts Michelle Goldberg and David Leonhardt—you are missing out on a good weekly example of this kind of influence in action.

He is also an acclaimed thought-leader when it comes to the religion he converted to as a teenager: Roman Catholicism. His recent book, To Change the Church, was widely debated in Catholic circles and sparked numerous important conversations. Though the book largely either angered or was cheered on by Catholic partisans, for moderates like CUA’s David Cloutier it offered a “fair assessment” of the Francis papacy, despite its flaws.

These problems are particularly evident when he discusses Church teaching on pro-life issues as informed by his strong (though perhaps not as strong as even just a few years ago?) rejection of federal programs in favor of policies that build up a civil society that is closer and more accountable to the particular needs of diverse local communities.

Such a commitment led to him questioning clear Church teaching on what is sometimes called the “Consistent Life Ethic,” CLE, or the “Seamless Garment.” Indeed, in a recent column he described this position as “beloved of certain liberal Catholics, which effectively makes every issue a ‘life’ issue, downgrading abortion to salve uneasy consciences.”

As I will show below, this a profound mischaracterization of both the Consistent Life Ethic and the majority of those who adhere to it. But the sentence as written is not strictly speaking wrong—because some Catholics who are “on the left” do use the Consistent Life Ethic in precisely the way he says. I criticized Sister Simone Campbell for her inconsistent ethic of life in which abortion is downgraded in precisely the way Douthat laments.

And I do think (for lack of a better way of naming it) the “Catholic left” is much too quiet on issues of justice for prenatal children. It is quiet in a way that leaves many of them complicit for the Democratic party going full Orwellian in favor of “abortion care” without limits of any kind. Massimo Faggioli appears to be a budding exception to this disturbing trend. One hopes others will follow his suit.

All that said, Douthat is simply wrong in Catholic terms about the Consistent Life Ethic. Indeed, Douthat himself appears to sense that he is wrong, as in recent years has been more and more in favor of a “more tailored” seamless garment. Particularly when it comes to social support for mothers and families. Consider this remarkable challenge to US political conservatives:

The European experience poses a challenge for conservative abortion opponents as well, who need to consider the possibility that restrictions on abortion might work better—or, perhaps, only work at all—with more generous public provisions for maternal health care.

And in the very piece cited above in which he called out the Catholic left, he proposed something which could make Commonweal and National Catholic Reporter diehards swoon:

A web of pro-family policies—adoption support, child allowances, wage subsidies for breadwinners. The goal would be to make the end of abortion seem less utopian by making the burdens of motherhood less daunting.

And this is all to the good—reflecting the fact Douthat’s Catholicism trumps his commitment to secular political policies and theories. But it needs to go further. Consistent application of the principles which lead to the righteous struggle to protect and support both mothers and their (pre- and post-natal) children have implications for other issues.

And for my money, no document lays this out better than Pope St. John Paul II’s Evangelium vitae. It is unclear to me why so many critics of the Seamless Garment or Consistent Life Ethic—most of them have what appears to be a sincere commitment to the teaching of the Church—largely ignore this example of the authoritative Magisterium of the Church.

As I demonstrate in my forthcoming book on the Consistent Life Ethic, when laying out a Roman Catholic vision of the Gospel of Life, John Paul II invoked “the beginning” of the Church which, “as shown by the Didache, the most ancient non-biblical Christian writing,” contrasted the way of life with the way of death.

The way of death included those who procure abortion and infanticide (which were thought to be morally similar), but it also included those who “show no compassion for the poor,” who “do not suffer with the suffering” and who advocate for “the rich and unjust judges of the poor.” John Paul II sees the Gospel of Life in this, the most ancient of Christian traditions, and thus uses his encyclical to draw attention not only to “the ancient scourges of poverty, hunger, endemic diseases, violence and war” but also “new threats [that] are emerging on an alarmingly vast scale.”

Many pro-lifers rightly imagine their duty to prenatal children as stemming from Christ’s command to see his holy face in the faces of the least among us. Our Lord gave us this command not just to one population, but to several. When even traditional pro-lifers go beyond single-issue concerns to include, say, euthanasia and human cloning, they are not diluting the uniquely horrific evil of abortion. They are simply following their principles—and Jesus’s commands—consistently.

This makes their witness against abortion stronger, not weaker. It mitigates against the widely-held (but obviously false) view that pro-lifers are against abortion, not because of concern for the marginalized, but because of an explicit or implicit desire to control the sex lives and bodies of women. If they went further—and focused their pro-life concern on racism, poverty, sexual and domestic violence, patriarchy, ableism, and more—they would find that, in addition to illuminating basic questions of justice for other marginalized populations which bear the face of Christ, it would reveal better and more strategic ways to resist the intersecting forces which contribute to the mass slaughter of the unborn.

Concern with a range of life issues, therefore, is not only required by faith and reason. It is required for those of us who are actively pursing the most effective way to protect prenatal children. Here is to hoping that Douthat’s seamless garment continues to expand. The importance of a voice like his advocating on behalf of the fullness of a pro-life position would be impossible to calculate.