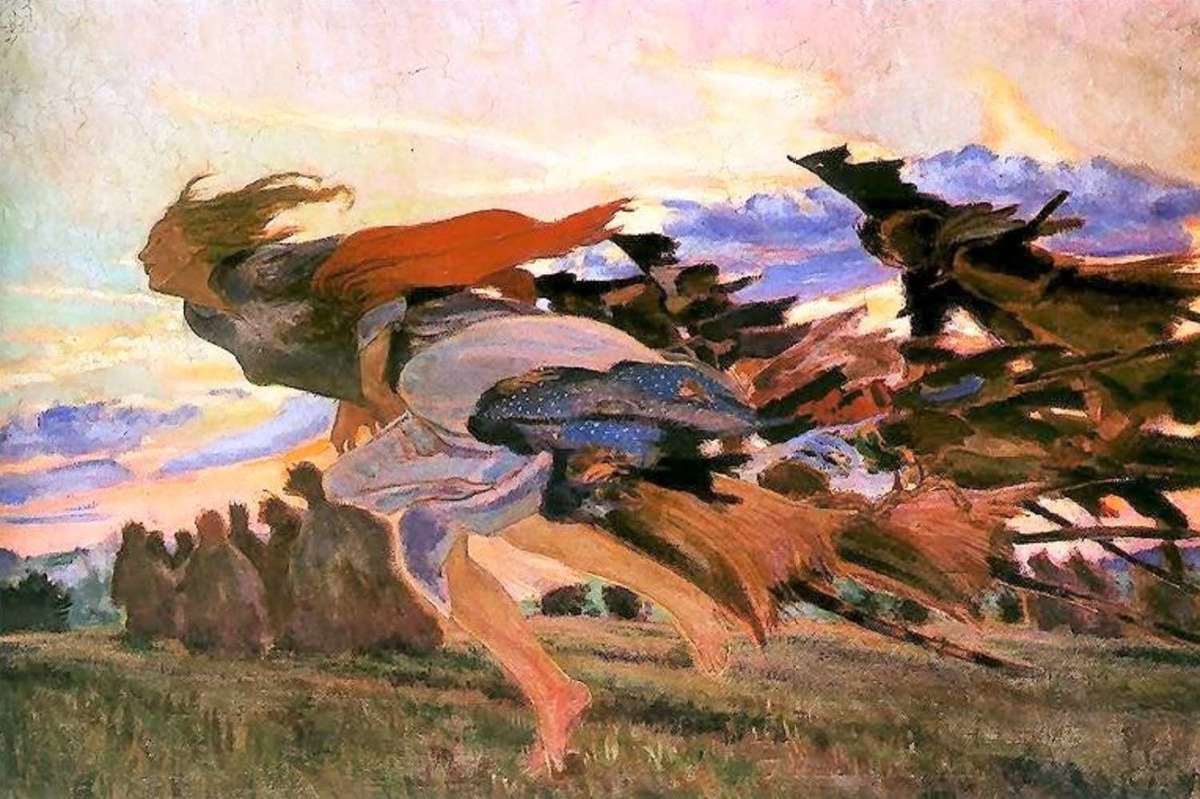 Monsignor Lorenzo Albacete had a tremendous impact on my life. Once at a religious rally in New York City, two people approached and inquired, "Is this a protest?" Albacete exuberantly replied, "Yes!" They asked, "What are you protesting?" Monsignor responded, "Dualism!" As the people hurried to get away, Albacete shouted after them, "Don’t go! The dualists will get you!" It is just such inimitable wisdom, faith, genius, and humor that fills this beautiful, indispensable book.
—Peter John Cameron, O.P.

Years ago I worked at a physics lab. I was the only one there who claimed any belief in transcendence, not to mention Christianity or Catholicism. After a while, my colleagues asked me to explain myself. How was it that I could follow the scientific investigation of life with apparent interest and dedication and at the same time believe that a man who was dead popped out of the tomb two-and-a-half days later?

“You must be two different people,” they said, “or one or the other is not true. These two dedications of the heart are incompatible.” Notice how it was put. What is incompatible is the dedication of the heart, the worthwhile-ness of it. You cannot act out of interest in this area and the other one equally. You must be schizophrenic, a dualist.

Most of us are dualists. Most believers, most religious people, most Christians, most Catholics today are dualists. My awareness of this destructive, crippling, and mentally pathological dualism—because it is true that you cannot be two things that are radically opposed—forced me to seek an answer to my colleagues’ question. I understood that what they were bringing up is a conflict between two cultures—the scientific culture, with its distinctive logos, and that of the faith, with its own rationality. I became interested in the question of faith and culture.

Fortunately, at the Second Vatican Council, the Church had already grappled with this question, the issue of the encounter between the Church and contemporary culture. The council’s Declaration on the Church in the Modern World, Gaudium et Spes, led me directly to the anthropological dimension of the problem. The apparent conflict between the Church and culture could be resolved only by an adequate view of what the human person is, an “adequate anthropology,” as John Paul II was going to call it many years later. Gaudium et Spes concludes its analysis with a statement that became a favorite quote of John Paul II: Gaudium et Spes, §22. Bluntly put, what is asserted is that the only reason that human beings exist, the only reason I exist, is so that Christ might exist—as Saint Paul says, “so that he might be the firstborn among many brothers” (Rom 8:29). And the only reason that Christ exists, the only reason there is an Incarnation—by Christ I mean Jesus, not the eternal Logos—is so that we might exist.

In practical terms this means that everything human that is interesting can lead me to Christ. Any manifestation of authentic humanity—human works, human relationships, human dreams, human fears, and even human sins—is linked to Jesus Christ because there is no human reality without Christ. The human, the real, the world we build and the one in which we live—that is a path, the path of the human heart to Jesus Christ. The link is between Jesus and the real.

In his 2007 speech at Aparecida, Brazil, to the Latin American Bishops Conference, Pope Benedict XVI addressed this link. You must understand the drama of the occasion. In Latin America, the inability of faith to generate a culture that reflected the Christian reality was obvious. There was a desperate need to change a culture that sustained scandals, that structurally sustained the gap between abysmal poverty and riches. If Christianity had nothing to offer against this, or, even worse, was somehow tied to it, then it had to go.

So the Church faced quite an issue. It was not unlike what Luigi Giussani faced in 1954 when he realized that the reconstruction of the post-war culture in Italy was not generating a genuinely Catholic culture despite churches filled with the Catholic faithful. What does Christianity bring to this world, to life, to culture? Does it matter? What happens in this world where Christianity is lived?

Liberation theology attempted to answer these questions in Latin America by proposing an analysis of the situation and a method to deal with it, and all of it linked to Christ. It seemed to be exactly what was needed. But then it met a Roman resistance, led by John Paul II through the ministry of Joseph Ratzinger. And now Joseph Ratzinger, as Pope, was going to Latin America. It was a dramatic moment, the kind of situation in which one does not whip out a speech with all the usual stuff. Benedict must have thought about it with great care, not only because of the risk of confusing people, but above all because many people there had risked their lives and were risking their lives for something that did not appear to have the support of the Church.The question, says Benedict, is:

What does Christ actually give us? Why do we want to be disciples of Christ? The answer is: because, in communion with him, we hope to find life, the true life that is worthy of the name, and thus we want to make him known to others, to communicate to them the gift that we have found in him. Is it really so? Are we really convinced that Christ is the way, the truth, and the life? In the face of the priority of faith in Christ, and of life in him, a further question could arise: could this priority not perhaps be a flight towards emotionalism, towards religious individualism, an abandonment of the urgent reality of the great economic, social, and political problems of Latin America and the world, and a flight from reality towards a spiritual world?

He has landed in the same spot we have landed.

What is real? Are only material goods, social, economic, and political problems “reality”? This was precisely the great error of the dominant tendencies of the last century, a most destructive error, as we can see from the results of both Marxist and capitalist systems. They falsify the notion of reality by detaching it from the foundational and decisive reality which is God. Anyone who excludes God from his horizons falsifies the notion of “reality” and, in consequence, can only end up in blind alleys or with recipes for destruction.

The first basic point to affirm, then, is the following: only those who recognize God know reality and are able to respond to it adequately and in a truly human manner. . . .

Yet here a further question immediately arises: who knows God? How can we know him? We cannot enter here into a complex discussion of this fundamental issue. For a Christian, the nucleus of the reply is simple: only God knows God, only his Son who is God from God, true God, knows him. And he “who is nearest to the Father’s heart has made him known” (Jn 1:18). Hence the unique and irreplaceable importance of Christ for us, for humanity. If we do not know God in and with Christ, all of reality is transformed into an indecipherable enigma; there is no way, and without a way, there is neither life nor truth.

Later on, almost exactly following Giussani’s approach, the Pope underlines that this waking up of our hearts to reality is what salvation means. To be saved is to know the real. That certainly includes the drama of our sins and their consequences and our redemption from them—but it is so much broader. Usually we restrict Christianity to only that drama: salvation is just salvation from hell. But salvation is fundamentally the heart’s recognition of the real; therefore, it is part of the drama of creation, independently of how it is shaped by the power of sin.

But it is not enough to end where I have just ended: Christ and the real. The question is, so now what? Where is this Christ? Where does this happen? If there is a connection between Christ and the real, and they are inseparable, then any increase in one leads to the other. An experience of the presence of Christ will make you passionately fascinated by what is real—by the little flower, the cosmos, the macrocosm, the microcosm, even accounting at Merrill Lynch. Conversely, if you know that, if you follow that passionate fascination, the path will lead you to Christ. Pursuing that path of your interest will lead you to Christ.

That’s the claim. So, the next question is: How is it verified? “Always be ready,” says Saint Peter, “to give an explanation to anyone who asks you for a reason for your hope” (1 Pet 3:15). An encounter with Christ will lead to an interest and a passion and a love for reality that will surprise us because that thirst is what defines the human heart, and that does not age. When the heart encounters Christ, that thirst comes out from within you with the same force that it could have when you were fifteen years old—only you’re now sixty-six. The link with eternity does not change. All of those desires are activated. The religious sense is jump-started and headed in the right direction, and it shows itself again in an interest in all that exists.

There are other signs, but to me this one is fundamental in the way we face the culture. The culture is defined in terms of how we look at and experience reality. The real choice is between a dualism that separates the sacred and the secular—the flesh and the spirit—and a unified, incarnational vision. All of this is sustained by the grace of the encounter with Christ. It is unexpected, but it is not a purely mental operation, nor purely spiritual. It occurs through someone in a given place, at a given time. Fidelity to that particularity is essential because that keeps us within the orbit of the encounter, sustaining our approach to the real. Christians are not here to show a specifically Catholic genius or to engage in a battle. We are here to give witness to our faith, yes, but also to really to live with the confidence that that same faith gives us, to understand what is real, what is being seen, what is being lived. Again, this awakens interest, and with interest, light. This is the only way.

EDITORIAL NOTE: This excerpt is adapted from the chapter "Overcoming Dualism: Reason, Faith, Culture" in The Relevance of the Stars: Christ, Culture, Destiny. Reprinted by permission of Slant Books, ALL RIGHTS RESERVED.

A video exhibit on the life and legacy of Msgr. Lorenzo Albacete, including never-before-seen archival footage, will be featured in the 2021 New York Encounter, February 12-14. The exhibit can be viewed beginning on the evening of February 12 at the Encounter's website. Interactive Zoom meetings with friends and fans of Msgr. Albacete will take place throughout the weekend. For more information or to register, visit the website. 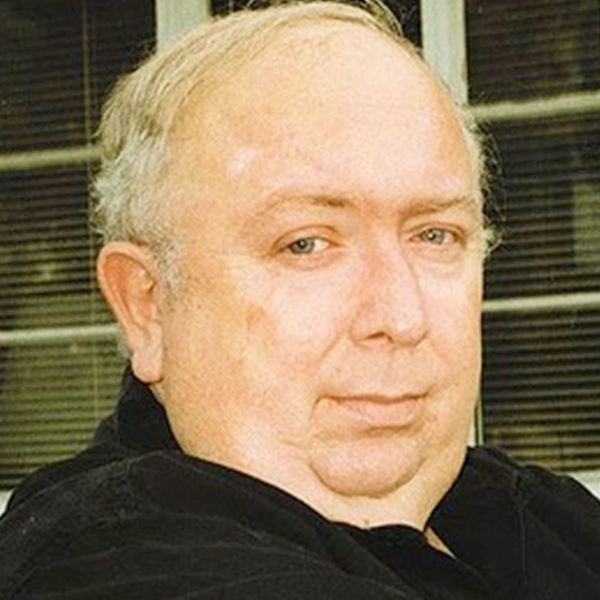 Lorenzo Albacete worked as an aerospace scientist before becoming a priest, professor, and theologian. His late-in-life encounter with Father Luigi Giussani propelled him to a US leadership role in Giussani's Communion and Liberation movement. He appeared frequently on CNN, PBS, and The Charlie Rose Show and wrote for The New York Times and The New Yorker.  .

What Is Communion and Liberation?

Sofia Carozza on how the CL movement makes her Catholic. 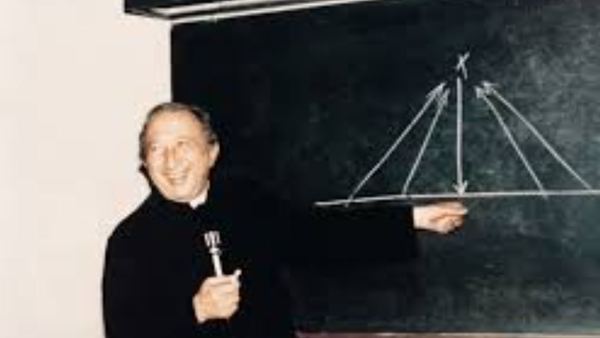