Brandon Stanton, creator of the popular blog “Humans of New York,” does not tell your average success story. Brandon is not a trained journalist and never expected to own one of today’s most popular pieces of citizen journalism. No, drug use, poor grades, and a botched career in finance prompted a radical move across the country to become one of eight million New York City residents. His plan? To photograph 10,000 people on the streets of New York. He was jobless, penniless, and young. He was anonymous and inexperienced. He wasn’t even a very good photographer.

These days, Humans of New York (HONY) is a worldwide phenomenon with over 17 million followers on Facebook, features stories from 20 countries and inspires fundraisers for refugees and research. The project has expanded, now incorporating a best-selling book and a brand new video series.  Brandon’s photos are simple portraits of a single person or group of people, often accompanied by a quote.  They are taken from the street relatively at random. His posts have been described as “unbiased,” and “unassuming.” He is the silent, subtle photographer. So where does his success come from?

It started with the desire to tell a different story.

“The media,” says Brandon in a TedX talk to Columbia University, “is desperate to tell a good story.” The Good Story is what we want to read—it is excitement, it is conflict, it is eccentric. Lust, passion, disaster, hatred, and violence are the narratives that keep us interested, absorbed in a good story. It is the flash of a movie trailer that draws us in, and we keep coming back for more. The thing about the Good Story, says Brandon, is that it does not exist.

While working as a photographer at a series of events in the city, Brandon began to notice a pattern: reporters were not representing most of the subjects in a crowd. Instead, reporters congregated around specific individuals, often the most extreme subjects available. They knew who would tell (and sell) the good story. At the memorial for the 10th anniversary of 9/11, Brandon himself photographed an extreme moment of grief. His subject was a striking elderly woman who stood, arms folded, lips pursed. Her eyes are focused upwards, shining slightly with emotions that are barely held back. The photo is moving; the viewer feels as though they have interrupted a moment of solemn, silent grief.

In reality, Brandon discloses, the woman was surrounded by photographers on all sides, lights flashing in her face. It was noisy and chaotic, cramped and crowded. She held her “pose,” he adds, remarkably well.

We have been trained to see this pose as reality.

The average American will consume over 12 hours of media a day[1]. We are bombarded, subtly and not so subtly, by thrilling, chilling, good stories. Like the grief of the elderly woman, they are often real. But they are not the whole story.

Brandon’s project included very little commentary about its subjects in its first year. As the blog grew in popularity, he began to add personal commentary about New York, or the blog’s success. Later, he included quotes from conversations with the subjects. And slowly, over the first three years of the project, he erased himself. Now, each photo that Brandon posts to the HONY blog includes a quote directly from the subject. There is no commentary from Brandon, no interpretation. The subject tells their own story and offers a snapshot of their own context.

A follower on a recent post commented, “It feels like the city slowed down and got quiet so those people could speak, because we all needed to hear them.”

HONY asks the world to see the ordinary, mundane individual as newsworthy. It captures people as they are, in their antics or vulnerability.  It makes visible the individual who is otherwise hidden in the crowd.  It empowers subjects to tell their own story. Collectively, the HONY project tells the story of a diverse population – it is a collection of ideas, dreams, philosophies, love stories, sad stories, and origin stories. It portrays ‘people that we recognize’ – ourselves.

My soul proclaims the greatness of the Lord; my spirit rejoices in God my savior (Lk. 1:46-47).

The impetus to tell a different story – as it turns out – is not a revolutionary idea (No offense, Brandon). Mary’s Magnificat tells quite the unlikely story. The Magnificat describes a changing narrative, a reversal of perspective and power. It rejoices at a merciful God, our God who “has cast down the mighty from their thrones/ And has lifted up the lowly” (Lk 1:52).

The Magnificat calls us to see conventional narratives through a very different lens. Brandon Stanton, walking the streets of New York City, has shown the world that the unconventional narrative can be found in our neighbors, strangers, and friends. At a campus named for Our Lady, we too need to recognize the hidden stories—those that weave unnoticed throughout our daily lives.

This year on Notre Dame’s campus, an initiative akin to Brandon’s objective is developing. It is called “The Magnificat Project,” and will attempt to turn up the volume on seldom-heard voices in our community.

Inspired by the spirit of Mary’s Magnificat, the year-long project will seek out and listen to stories from unlikely sources. These stories will retell common narratives: the First Year Experience, Notre Dame Game Day, a Thursday Night Out, and others. With support from Dr. Leonard DeLorenzo, I plan to find and write the stories of individuals and institutions. Stories will be shared on the Church Life Journal blog.

We want The Magnificat Project to change who is seen, so as to change the one who sees. The project is a recognition that not all students, staff, and affiliates fall into neat patterns. It is a reversal of convention and a respect for our differences. It is the telling of us, the story of Notre Dame.

Different stories are here. It’s time to find them. 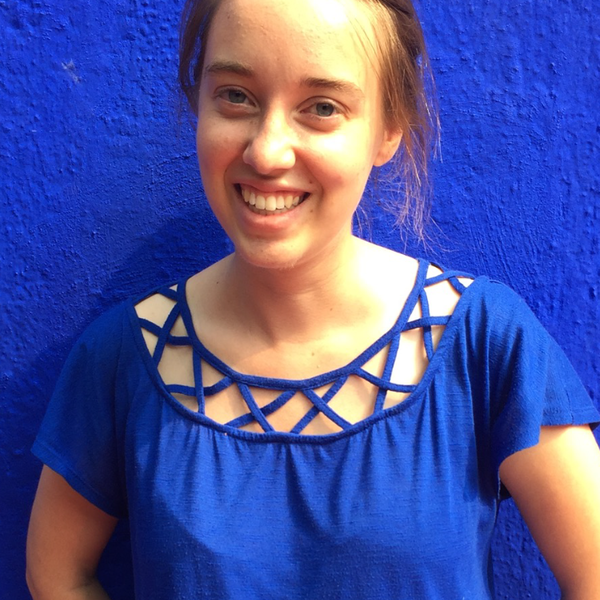 Luisa Mader is a Church Life Intern at the McGrath Institute for Church Life. She is a Notre Dame University senior who studies Psychology and Theology, with a minor in Computing and Digital Technologies.