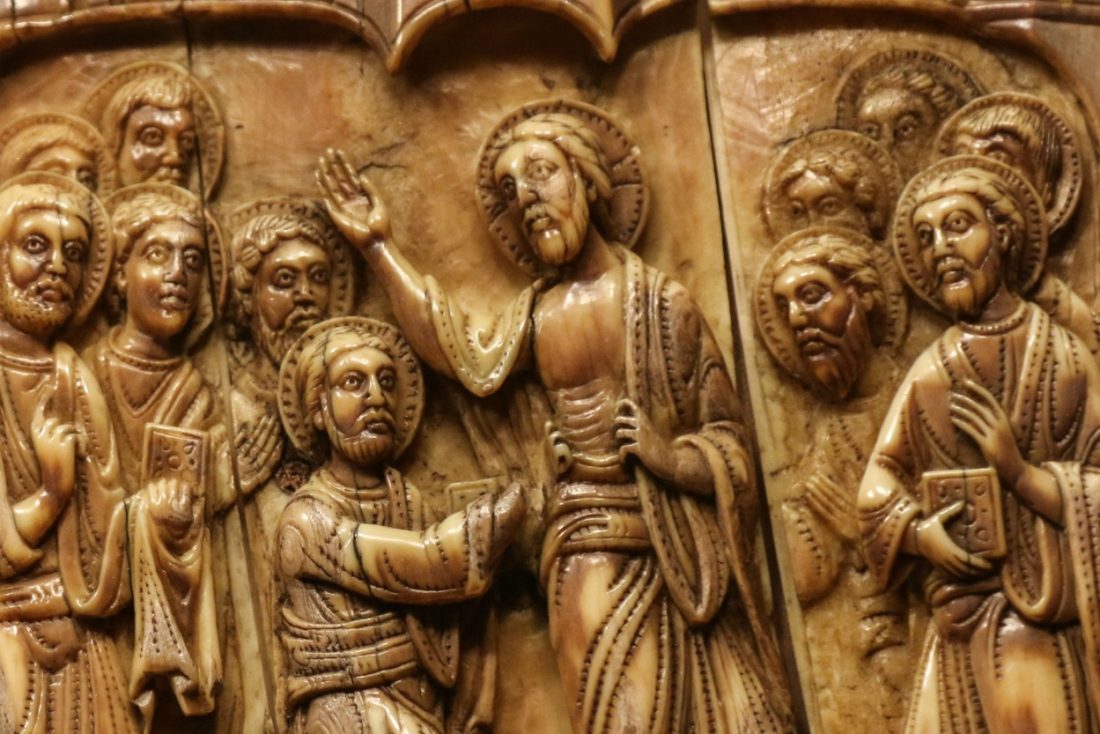 No one saw the resurrection. We tend to forget this as the sensory richness of Easter floods our senses after a wintry Lent. Yet, the Gospels report only vestiges of the risen Christ: a displaced stone, a crumpled up burial shroud, and angels at the empty tomb. The absence of the account of the moment of the resurrection is especially striking when contrasted with the detailed account of the crucifixion: the nails, the lance, the blood and water, and the giving up of the spirit. Belief in the crucifixion is a matter of sight. But the resurrection requires an enlargement of our vision, a faith in what is unseen.

The Gospels are replete with beautiful reunions between the resurrected Christ and his followers. St. Augustine attends to these encounters in his Tractates on the Gospel of John, delivered to his congregation in the early 5th century. For the Bishop of Hippo, the post-resurrection encounters with Christ are moments of healing in which Christ gives the gift of faith. This faith, Augustine writes in Tractate 79, has been impaired (defecta) by his death, and now must be repaired (refecta) by his resurrection. Yet in giving this gift of faith, Christ must also teach his followers to see him anew, for “from the things that are seen, we are brought to believe in those which are invisible.” Even the human senses, then, require healing.

The Tractates are especially attentive to this need for divine assistance because Augustine was engaged in the Pelagian controversy at the time. Pelagius taught that humans could attain perfection by their own God-given efforts. Augustine disagreed, explaining that humans were in constant need of grace for advancing in perfection. He depicts the post-resurrection accounts thus. As Mary Magdalene, Thomas, and Peter recognize the resurrected Lord, their deep love for him, enfeebled in various ways by the crucifixion, is mended through Christ’s gift of faith, which heals and strengthens their love.

Tractate 121 treats John 20:10-29, in which Jesus appears to Mary Magdalene and Thomas. The “plot” of Tractate 121 actually begins in the conclusion of Tractate 120. There, Augustine recounts that the apostle John looked into the empty tomb, saw, and believed. Augustine doubts that John believed Jesus had risen from the dead. The Gospel states that John did not know the scripture that spoke thus, so how could he believe Christ had risen? “What, therefore, did he see? What did he believe?” Augustine concludes Tractate 120 here, allowing the momentum of the question to flow into Tractate 121, where Mary Magdalene and Thomas must learn how to see rightly in order to believe.

Mary Magdalene’s vision is weakened by grief. Augustine acknowledges her great love for Christ, yet he writes that her tears at the empty tomb suggest a misplaced love. She grieved “more that he had been taken away from the sepulcher than that he had been slain on the wooden cross.”

Following the Stoic understanding of emotion, Augustine suggests that Mary’s “excessive grief” has marred her vision. She weeps although angels chide her, “Why do you weep?” And when she turns and sees the risen Christ, she mistakes him for the gardener. We receive a glimpse of her steadfast love in this moment, as she promises to move a dead body, if only the gardener will tell her where it is!

Still, Christ will not allow Magdalene to touch him until he has ascended to the Father. Touch signifies faith, a theme Augustine mentions several times when he preaches on the noli me tangere. Christ has corrected Magdalene’s vision, and now seeks to enlarge that vision, to help her see not just his risen flesh but his divinity. When Jesus says “Do not touch me,” Augustine writes, “He was teaching faith to the woman who recognized and called him Master, and that Gardener was sowing a grain of mustard in her heart as though in a garden.” Christ’s words imply further instruction, “Touch me fully in faith when you see my unity with the Father.”

Thomas’s faith in Christ also requires a corrected vision. At first, Thomas’s faith is weakened by doubt; he rejects the apostles’ report of the risen Lord, and will not believe until he sees the resurrected body. Yet, Augustine writes, “Traces of the wounds were preserved for healing the hearts of doubters,” and the sight of Christ’s wounds indeed mends his doubt. His exclamation, “My Lord and My God!” indicates his faith in Christ’s resurrection, and in his divinity. “He saw and touched the man and confessed the God whom he did not see and did not touch.” In sum, Christ’s post-resurrection appearances to Mary Magdalene and Thomas involve healing both sight and faith.

Peter’s faith is weakened by fear. Unlike Magdalene and Thomas, his is not a problem of vision, but of misplaced zeal. Though he had vowed never to deny Jesus, he did so three times, as Christ predicted. “Behold,” Augustine writes, “the prediction of the Physician is fulfilled, the presumption of the sick man is brought to light.” In Tractate 123, Augustine recounts Peter’s meeting with Jesus on the shore of Tiberias. He pays special attention to Christ’s prediction of Peter’s martyrdom, a “death by which he would glorify God.” Augustine sees in this prediction a reorientation of Peter’s initial, rather flimsy promise to die for Christ. He writes, “This was the end he found, that his love would be brought to perfection and he would die for the name of him with whom he had promised, in misguided haste, that he would die. Let him, strengthened by his resurrection, do what, when weak, he too soon promised.” The resurrected Christ strengthens Peter’s resolve with a divine strength, enabling Peter to do what he desired but was not able to fully do – and perhaps even fully desire – on his own.

Augustine’s treatment of Christ’s encounters with Mary Magdalene, Thomas and Peter reminds us of the utter surprise of the resurrection, even for those who followed Jesus and loved him deeply. What would it mean for us to really receive the news of the resurrection? First, we must allow our failings of sight, taste, and touch, attested to by the inevitable failure of our Lenten endeavors, to be transformed by the risen flesh. Then, our faith in Christ’s unity with the Father must be enriched, in order to draw us more deeply into this unity. These are tasks for a lifetime of Easters. And as we approach each Paschaltide with human frailty, the resurrected Christ offers us healing, increases our faith, and emboldens our love. 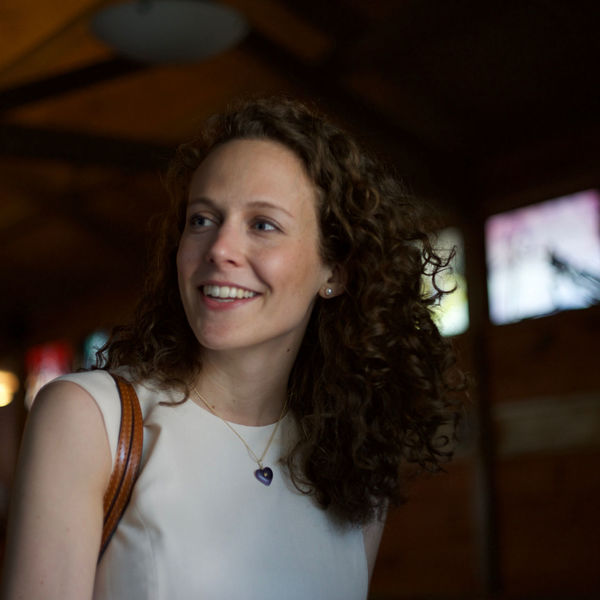 Jane Peters is a doctoral candidate in historical theology at Marquette University. She resides in New York City with her husband.