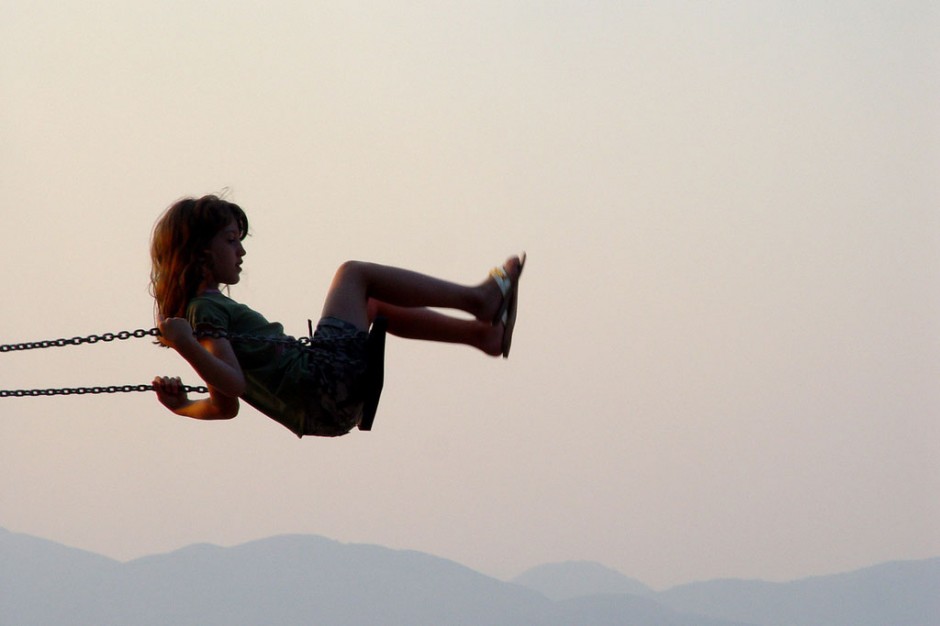 Charm me asleep, and melt me so
With thy delicious numbers,
That, being ravish'd, hence I go
Away in easy slumbers.
Ease my sick head,
And make my bed,
Thou power that canst sever
From me this ill,
And quickly still,
Though thou not kill
My fever.

Fall on me like the silent dew,
Or like those maiden showers
Which, by the peep of day, do strew
A baptism o'er the flowers.
Melt, melt my pains
With thy soft strains;
That, having ease me given,
With full delight
I leave this light,
And take my flight
For Heaven.


When I was a young kid, I often begged to be taken to the park at the end of our block. Going to the park required waiting until mid-evening. I had to wait until my dad came home from work. I had to wait as dinner was prepared. I would stare at the sizzling pork chops and think that it was quite likely that if I were not taken soon to the park, I would explode from anticipation and would be as dead as that poor pig that gave its chops for our supper. Finally, as the last plate was washed, my dad would simply say, “Let’s go.”

I would fling the door open, bound onto the porch, and jump in excitement. I wanted but one thing. I did not care about the slides or the spinning things or anything else. I wanted the swings.

I loved the feeling of flying through the air, my hair blowing as I flew, that thrill in my stomach when I headed upward. But what I really loved was how I felt God. Because I always went to the park in mid- to late-evening, I would often catch the setting of the sun.

As a kid, I had this idea that the sun was where God lived. The sun was synonymous with heaven. It was bright, full of warmth and goodness. Sunny days, I thought, were better than rainy days. That must be because God is more visible on those days. The setting of the sun was special for a few reasons. The sun, that locus of God and goodness, was at my eye level. It was in my plane of vision, in my world. God, who was too good to look at during the day, could be seen without squinting, without having to look away.

The beautiful pictures made it seem like God was painting a marvelous picture on the canvas of our sky, wiped clean by the darkness of the night only to return the next evening to play Paint-by-Numbers with my world. This is where the swings fit in. I believed that if I could get my speed, height, and angle just right, I would be able to launch my little body off the swing and fly directly to the horizon. I believed I could soar over the bustling street, over the lawn chockfull of crocuses across the way, above houses and neighborhoods, the skyline of the city, and land straight at the horizon, right where I wanted to be. If I tried hard enough, I could fly to God.

About a month ago, I made a silent retreat at the Linwood Spiritual Center in Rhinebeck, NY. Also the motherhouse for the Sisters of St. Ursula, it is located at a bend in the Hudson River. If it weren’t for the occasional barge that came down the way, the river would seem like a massive lake with a small lighthouse flashing safety in the middle.

In the distance, if you strained your eyes, one could see an old Redemptorist seminary, now a Bruderhof community, with its spires and stone. Religious communities dot the riverside up and down the Hudson. No small wonder: the beauty is a sure sign that God has blessed this place. It is holy.

On my first night there, Sister Maureen, the director, told me that the retreat center had bikes for riding, a pool, and a swing set. I took advantage of the bikes. But I wanted to swing. Being a serious soul, I refrained, until the last night when I decided that with the other clientele being women religious, a few Jesuits, and some kind looking lay folk that I would be safe from judgment. And so I swung. I swung till I recalled my joy at swinging, my simplicity of belief, my delight in my surroundings, in the multifarious colors that swirled in that pink-orange-blue-red-green-yellow magical sunset.

Jim Corcoran is a senior studying Theology and English at the University of Notre Dame, originally from Philadelphia, PA. Jim is particularly interested in the intersection of social justice, mimetic desire, and liturgy. In Philadelphia, he has worked as a professional church musician at the Cathedral Basilica of Ss. Peter and Paul and at his parish church of Our Lady of Consolation. He is also an oblate of Portsmouth Abbey in Rhode Island.