My son Walt was baptized almost a year and a half ago. His older brother Harry was chrismated with him, and then they made their first Communion together. It was a very busy day. We had friends, family, and two sets of godparents coming in and we had to have food and cake enough for them and the whole parish. The preparations were steady and occasionally frantic, with some unplanned emergencies along the way. When it was all over, it dawned on me that I hadn’t taken a single picture. I didn’t have a picture of the boys inside the church, in front of the font, with their godparents, with us, or with the priest. I had run from one place to another the whole time and I failed even to think of handing over our camera to anybody else who might have been able to take some pictures. I have regretted these lost and missing photographs ever since, but the experience etched some unforgettable images in my memory.

Because Walt was to be immersed, the priest asked me to hold him up in the font as he sat there in the water. My hands were there the whole time. While the Spirit descended, when the priest spoke the Name and joined my little boy forever to the Trinity, I steadied him in the waters. He was reborn by water and the Spirit, the work of God, through the ministry of the priest. And I lent my hands to the whole operation.

‘These hands," says the Rockbiter in The Neverending Story, staring at them, incredulous. I found myself saying the same thing to myself during Walt’s Baptism, but from a different kind of disbelief. The Rockbiter couldn’t get over the weakness that the Nothing had revealed: "They look like big, strong hands," he says, but they weren’t strong enough to save his friends. My hands, by contrast, don’t look that strong to me. Maybe they were stronger once, but they have never been strong enough to save myself nor anyone else from the Nothing. My hands are wearing away and falling apart, as mortal hands will do. All my works are perishing with me, but my weak and mortal hands helped play the midwife in a divine and immortal birth.

After the submersion and a little dry-off, the chrismation followed directly and without much announcement. It was not a dainty dabby affair. Economy is not a particular virtue for Byzantine ritual. If it’s worth doing once, it’s worth doing ‘again and again,’ and maybe again. Walter’s eyelids, ears, and nostrils, his forehead, chest, and his little hands and feet were anointed with the holy chrism, leaving no doubt that he’d gotten what he was supposed to get. “The seal of the gift of the Holy Spirit. Amen.” After anointing Walt, the priest turned to Harry, who got the same lavish treatment, beaming all the while. As I watched my boys being sealed with the oil of gladness, I thought immediately of the line from the twenty-third Psalm, as if I had finally grasped its meaning “Thou anointest my head with oil, my cup overflows.” (Ps 23:5b) These words of surplus, excess, and abundance will mean forever to me now that August afternoon on the hill in Pleasant City, where grace super-abounded.

While Harry got his turn, I held Walt. Slippery and squealing like a fragrant greased pig, he wrestled against my grip, pushing and grabbing with his little chrismated hands. The chrism was everywhere, in my hair and on my face and hands. My sense of smell surged ahead of the others in that moment: "Your anointing oils are fragrant, your name is oil poured out” (Sgs 1:3). The air was saturated with the scent of it, and I was soaked with it too. I think I may have actually tasted it. Wriggling, sliding, and hollering with charismatic exuberance, he smeared and slathered me. He ruined my gray linen suit. As I was noticing that, my mind landed on another verse from Scripture: “It is like the precious oil upon the head, running down upon the beard, upon the beard of Aaron, running down on the collar of his robes!” (Ps 133:2). I didn’t have a beard at the time, but I could grasp the rest of it easily enough. Thanks to Walter’s squirming body, “the grace of our Lord was poured out on me abundantly” (1 Tim 1:14). My sons, two brothers, had been joined to the Church’s unity.

At the anointing, we sang a little hymn, “All you who have been baptized into Christ have put on Christ. Alleluia.” As this song was ringing in the church, I was basking in this mystery of salvation. My little boys had put on Christ. Incorporated into the Only Begotten himself, and receiving the Spirit of adoption, they were sons and heirs with him (Rom 8:15-17).

Pictures or not, that afternoon left me with a slate of sensory experiences that I will never forget. My hands in the water, the chrism on my face and hands and shirt—I’ve turned these mental snapshots over like I might have flipped through photographs. And they all have captions. Emblazoned with biblical texts and figures, I cannot picture them without these epigraphs. Revisiting these memories of Walt’s baptism and chrismation, I have lingered too on these old familiar words.

‘It gets everywhere, it gets on everything.’ I hadn’t ever thought about the precious oil in that way before, but my share in Walt’s anointing made it impossible not to. Running down Aaron’s head and beard and onto his clothes, the flow of oil isn’t only abundant, it’s viscous, sticky, and spreading. It’s like that “when brothers dwell in unity” because, like the oil, God’s presence gets everywhere and on everything. Charity is like that, and it can’t be otherwise. You can’t have love inside your heart without some brothers and sisters to love. And you can’t love at all without it getting on someone. If “God’s love has been poured into our hearts by the Holy Spirit who has been given to us” (Rom 5:5), then it should be dripping and running down and overflowing onto others.

The work of God, Walt’s baptism lay beyond any doing of mine. What added touch could my mortal hands offer? For a long while, I was stuck on the sheer distance of my bare unconsecrated hands from what they’d done. I couldn’t get over that distance and I marveled at it. But my hand in Walt’s baptism only seemed more poignant to me because I had done something I hadn’t expected to do. The hands of priests are consecrated to their purpose, but they are mortal clay no less than mine. Our offerings are not sanctified by our own strength but because God receives them. By mercy, he receives the little ones and gives them the Spirit of adoption.

I brought my little boy to the font, and all my doing and fathering is bringing him, offering him. Invited or tasked, our ordinary work of parenting is given a part in this mysterious work of grace. Our offering extends to all the humble works of care and rearing that our hands perform. Sanctify these hands, Lord, bend their feebleness to your purpose. Adopt my little boy, Lord, and adopt my fathering too. From my meager works of holding, spanking, comforting, feeding, bathing, and diapering, and all the ones that will succeed them, help him grow to “the stature and fullness of Christ” (Eph 4:13). Let my works become an offering—make him yours, Lord, make him yours forever.

Editors' Note: This post was originally published at The Catholic Catalogue on December 6, 2015, and is reprinted here with permission. 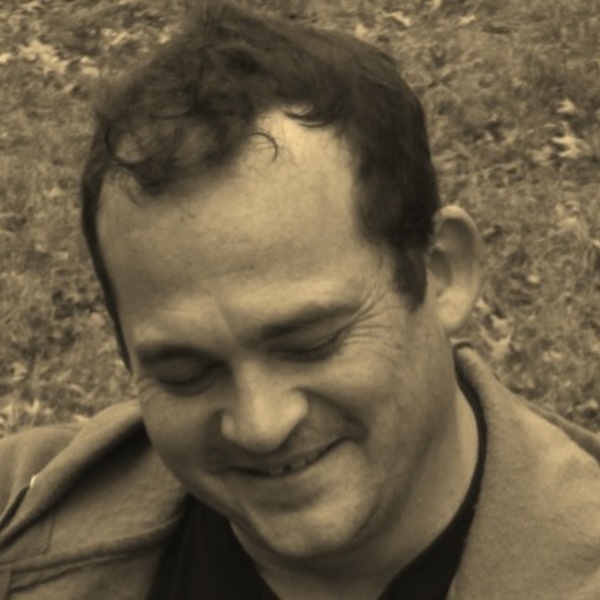 Caleb Congrove is a high school teacher in Ohio, where he lives with his wife and three children and belongs to a small Byzantine Catholic parish. He studied theology at Oberlin College, Yale Divinity School, and the University of Notre Dame.