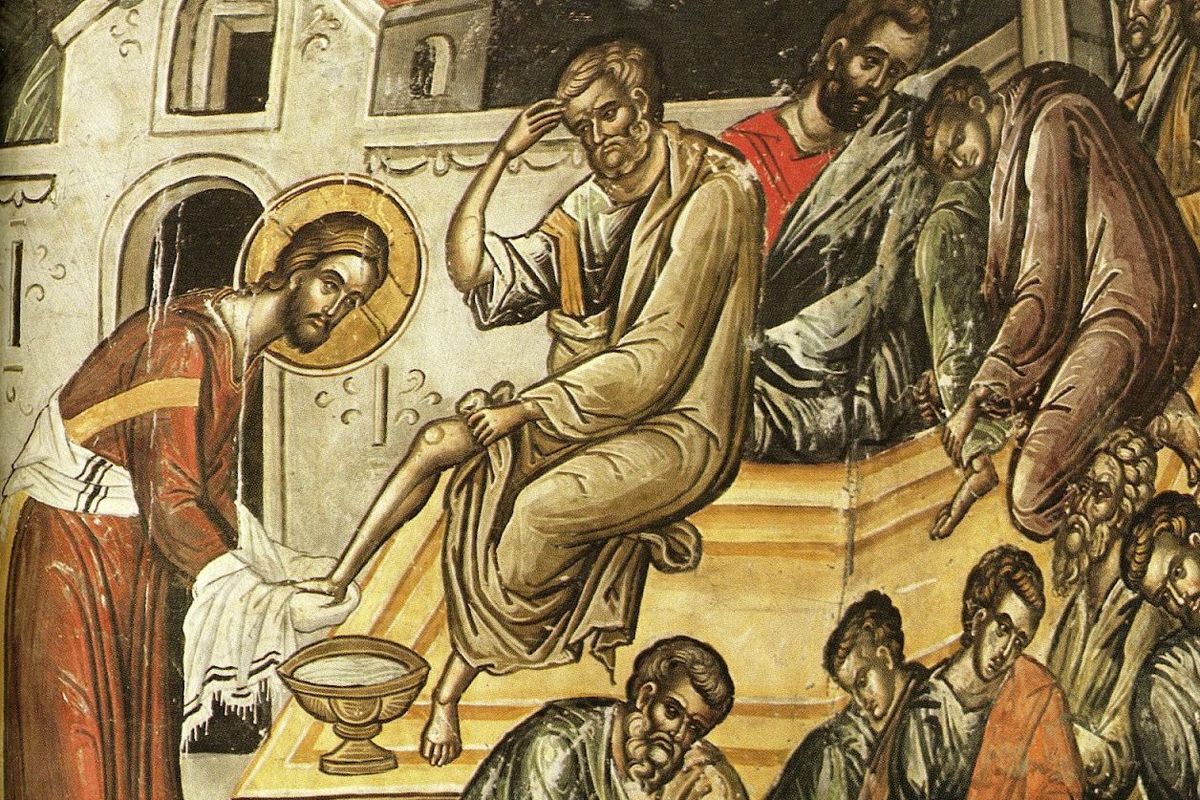 Today we enter the most solemn days of the liturgical year: the Sacred Paschal Triduum. From St. Peter’s in Rome to the humblest of parishes, the Church will watch and pray and sing together, recalling the wondrous mysteries of our salvation in Christ Jesus.

In the celebration of the Evening Mass of the Lord’s Supper, the presider, after proclaiming the passage from St. John’s Gospel in which Jesus himself washes his Apostles’ feet, will follow the commandment given by our Lord and wash the feet of those in his parish community whom he has been called to serve. The Roman Missal provides several antiphons (most of which are taken from the Johannine narrative) to serve as musical accompaniment for this ritual action, including the commandment of Jesus: “I give you a new commandment, that you love one another as I have loved you, says the Lord” (Jn 13:34). In this simple yet effective setting for children’s choir and mixed choir by Scottish composer Peter Nardone, the words of this antiphon for the Washing of the Feet are complemented by the words and original chant melody of the antiphon prescribed for the Presentation of the Offerings: “Ubi caritas et amor, Deus ibi est. Where true charity is dwelling, God is present there.”

In many parishes, a Tenebrae service will also be celebrated at some point during Holy Week. While Tenebrae originally referred to the combined Matins and Lauds service of Holy Thursday, Good Friday, Holy Saturday, it is often celebrated in the Church today at night as an extra-liturgical prayer service in which the Passion and Death of Jesus are contemplated through the recitation of Scripture, the gradual extinguishing of candles, and of course, music. Arguably one of the most famous pieces ever composed for the Tenebrae service is Gregorio Allegri’s setting of Psalm 51, Miserere Mei. Dated from around 1638, this piece was performed in the Sistine Chapel for the papal celebration of Vespers, and it was forbidden for anyone to write down the music; therefore, it could only be performed in the papal chapel, until, that is, Wolfgang Amadeus Mozart visited Rome at the age of fourteen, attended Tenebrae at the Sistine Chapel, heard the piece performed twice, and transcribed it from memory. The piece soon became widely distributed and is now one of the most famed choral works of the late Renaissance. Its somber beauty and soaring soprano line beautifully convey the psalmist’s cry to God for mercy.