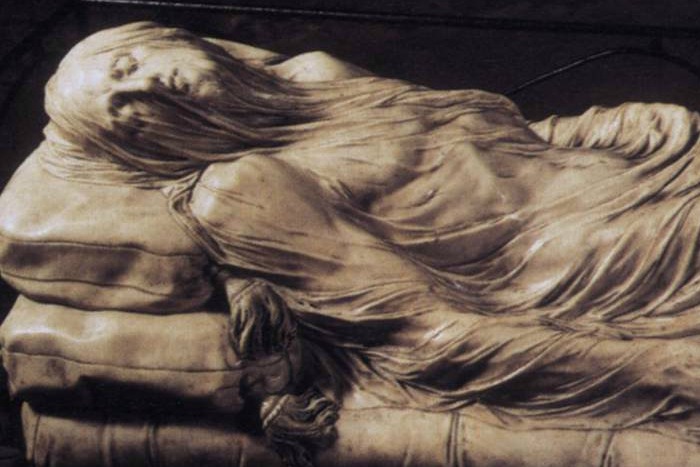 After the sorrow of the Cross, the Church enters into the silence of Holy Saturday. The Roman Missal states: “On Holy Saturday the Church waits at the Lord’s tomb in prayer and fasting, meditating on his Passion and Death and on his Descent into Hell, and awaiting his Resurrection” (Holy Saturday §1). The Roman Missal goes on to state that “the Church abstains from the Sacrifice of the Mass, with the sacred table left bare until after the solemn Vigil, that is the anticipation by night of the Resurrection” (ibid., §2); thus, the Liturgy of the Hours becomes the way in which she keeps vigil for the Resurrection of her Lord.

Today’s piece, written for a Tenebrae service for Holy Saturday, mourns the death of the Good Shepherd who has laid down his life for his sheep. The play between major and minor tonalities throughout this piece serve as a musical commentary on the interplay between darkness and light. The darkness has seemingly triumphed: Jesus lies in the tomb; however, he who is the Light of the world has promised that he will not abandon us (cf. Jn 9:5 and 14:18). “The light shines in the darkness, and the darkness will not overcome it” (Jn 1:5).

And so we watch and we wait for the first rays of dawn.

Our Shepherd is departed, the fount of living water,
At whose passing the sun was darkened,
For even he was made captive who was holding captive the first man.
Today the gates of death and their bars as well our Savior has destroyed.

Indeed he has destroyed the strongholds of the underworld
And he has overthrown the powers of the devil.

For even he was made captive who was holding captive the first man.
Today the gates of death and their bars as well our Savior has destroyed.