In 1933, Maria Montessori published a little-known book entitled, simply, The Mass Explained to Children. This wonderful, slim volume argues that the Mass is perfect for children. Note well: Montessori is describing the Tridentine rite, which might seem utterly impenetrable to young minds. But, she argues, a child’s sensibilities tend toward awe and wonder, and the Mass could elicit these very responses, if the child was brought to an understanding of its meaning. “Our Lord,” Montessori wrote, “perceived in children something that the adult did not perceive two thousand years ago and does not perceive today. Yet the Gospel says plainly that many mysteries shall be revealed to these little ones…We must always keep this fact in mind, so that we may be prepared not only to offer children the noblest teaching, but to offer it in a worthy form”.[1] Twenty years later, Sofia Cavalletti began to discover the perception Montessori described, and eventually published her observations in The Religious Potential of the Child (1979). Together with Gianna Gobbi, an educator who trained and worked with Maria Montessori, Cavalletti developed a form worthy of “the noblest teaching”: the Catechesis of the Good Shepherd.

The Catechesis of the Good Shepherd presents not only the Mass, but rather the entirety of the faith, in a series of works that encourage children to develop their own relationship with God. The materials help the children to meditate on the life of Jesus, his parables, and the liturgy in a space set apart for this sacred work: the Atrium. The Atrium is a place of quiet reverence, where the child’s capacity for awe and wonder is nurtured. Cavalletti and Gobbi’s method and materials are used all over the world to help children draw nearer to God by themselves.

In England, however, the Catechesis of the Good Shepherd has been slow to take hold. Generally, catechesis is the province of the Catholic schools. Because faith schools (Church of England and Roman Catholic) are public, preparation for First Holy Communion happens through the schools. The children receive catechesis as a year group, and all make their First Communion together. As children move on to secondary school (which begins at the equivalent of 6th grade), their Mass attendance declines. At a recent conference given for students in their last two years of secondary school, I had the opportunity to speak on the concept of life in Catholic moral theology. During the presentation, I made reference to the Gospel from the previous Sunday, and asked how many of them had attended Mass. One slightly embarrassed student held his hand up to about shoulder height. Although the Church works hard to reach young people, the connection to parish life is dangerously attenuated.

Within the parish, teaching young children about the faith happens almost exclusively through Children’s Liturgy. In turn, these programs struggle to retain volunteers, and those who volunteer receive no training and very little guidance. The service of any willing parent is welcome, of course. But there is a certain unevenness in the atmosphere, and the children rarely have time for quiet reflection or prayer. The Catechesis of the Good Shepherd offers a radically different experience for both catechists and children.

There are a few Atria in parishes in London, where training is offered periodically and new catechists are being formed. But, in northeast England, the only Catechesis of the Good Shepherd is offered by the Missionaries of Charity in Newcastle. The city has a proud history, beginning with the emperor Hadrian landing in Newcastle in 122 CE. In the 19th century, the city grew in wealth and prominence, providing coal to fuel the industrial revolution. Since then, the decline of those industries has left wide swaths of deprivation around the city. It is in these areas that Mother Teresa’s sisters began their work. The sisters have developed good working relationships with the local parishes. Fortunately, two parishes—St. Robert’s and English Martyrs— have plenty of space to store the materials as well as room for a spacious Atrium, which many parishes lack.

Sr. Innocentia and Sr. Margaret prepare the Atrium every Friday at English Martyrs Church, while a few miles away at St. Robert’s other members of the community do the same. Sr. Angela Marie drives a van, picking up children to bring them to the Atrium at St. Robert’s, while a lay assistant, Irene, aids Sr. Mariani in arranging the materials. The children in the Atrium at St. Robert’s are between three and six years old, and the sisters present the Level I materials to them week by week. Besides driving the van (a challenge for an American in Newcastle), Sr. Angela Marie received her formation as a catechist from Mary Mirrione. While the sisters would like to welcome more children, the Atrium is full. Two of the children involved have special needs and thus require a little extra attention.

Lately, I began work with Sr. Innocentia and Sr. Margaret at English Martyrs. Sr. Innocentia greets the children as they arrive. Before they move as a group into the Atrium, she encourages them to recall the previous week’s presentation, and asks them to remember the way they sit and move about in the Atrium. The children respond enthusiastically, and then line up behind Sr. Margaret, who leads them quietly to their chairs around the presentation table. The children range in age from 4 to 9, yet the Atrium is Level I. As the children who began three years ago are now ready to move up, the sisters plan to shift to Level II next year. Unfortunately, however, there are no catechists to carry on the Level I Atrium, though these catechists are welcome and desired. Last spring, the diocesan newspaper ran an article about the work of the Missionaries of Charity, which featured the words of a parent whose children are in the Atrium at English Martyrs: “the Catholic faith is brought alive, and it is done in a beautifully calm and prayerful atmosphere.” The family expressed a desire for their younger children to receive the Catechesis; which will require a catechist for the Level I Atrium.

The expansion of the Catechesis of the Good Shepherd would benefit the Church in England in a number of ways. In the first place, it is a wonderful experience for children, who come to know God in a way lovingly designed, in painstaking detail, to meet their needs and spark their potential. Beginning this Catechesis before children reach school age ignites an understanding of the Gospel that encourages peacefulness—which is found in short supply in schools, which can become riddled with anxiety as they are increasingly burdened with new and tougher standards. The gentle and calm Atrium differs markedly from the lessons received in schools.

Secondly, the catechists also stand to benefit greatly from their training. In the Catechesis of the Good Shepherd, the role of the catechist is essential. As Montessori observed in the 1930’s, a chief concern in the task of liturgical education of children it not only to teach them, but to lift the catechist to a more “sensitive frame of mind” in order to properly lead the child into new knowledge. In order to help children to enter into God’s peace, the catechist must cultivate that peace in herself. Being a catechist involves ongoing spiritual formation, which is much needed in the Church today. The Missionaries of Charity have adopted the catechesis not only as an aspect of their apostolate, but for the sake of their own formation.

Not only will catechists and children be nourished by the catechesis, but parents and parishes will benefit as well. The children have the potential to lead us into a deeper experience of wonder in the Mass, which is desperately needed. Although the establishment of an Atrium is a slow and labour-intensive process, the methodology that Cavalletti and Gobbi developed has the potential to transform the way we approach Children’s Liturgy. Even the modelling of peacefulness and the presentation of the liturgical gestures and articles of the Mass during Children’s Liturgy can help to teach children the attentiveness that Montessori believed possible. Catechesis of the Good Shepherd has brought new life to parishes in Newcastle, and has the potential to bring renewal to parishes throughout England. 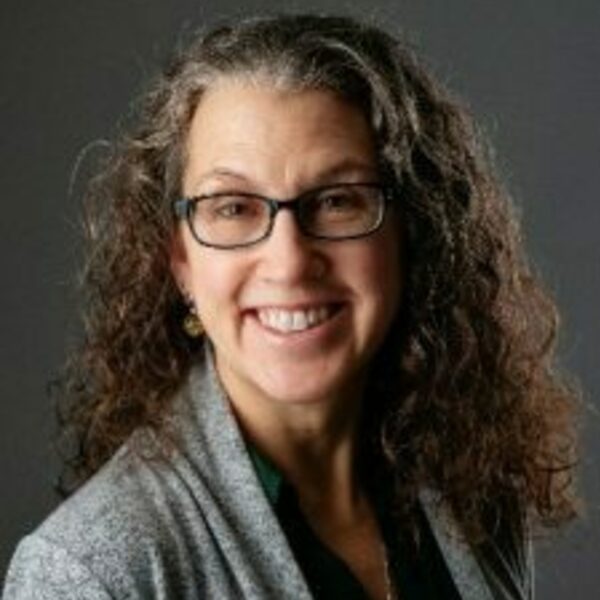 Medi Ann Volpe is Director of Research at Wesley House Cambridge. She is the author of Rethinking Christian Identity: Doctrine and Discipleship.