Editorial Note: The following piece was written when the feast of the Annunciation and Good Friday fell on March 25, 2016. Since this will not happen again until 2157 (when the Internet will be replaced by telepathy) we're publishing it this year since the themes of the essay are essential to Passiontide.

Today is Good Friday, March 25, 2016. It is also the feast of the Annunciation, the Conception of Our Lord Jesus Christ—celebrated on 25 March because that date is precisely nine months before the Feast of the Nativity on December 25. Good Friday also fell on March 25th four hundred and eight years ago, in the year 1608. Not surprisingly, John Donne wrote a poem to commemorate the paradox of the day’s liturgical significance. And thanks to my friends Kirsten Stirling and Greg Kneidel of the John Donne Society, who reminded the rest of us via email, I was not allowed to forget! Here is Donne’s poem:

Vppon the Annunciation,
when Good-friday fell vppon the same daye [1608]

Tamely fraile body, abstaine to daye; to daye
My soule eates twice: Christ hether and away
Shee sees him man, soe like God made in this,
That of both them a Circle Embleme is
Whose first, & last concurre: this doubtfull daye
Of feast, or fast, Christ came, & went awaye
Shee sees him nothing twice at once, whoe is all
Shee sees a Cedar plant it self, and fall.
Her maker putt to making, and the head
Of life at once, not yet aliue and dead.
Shee sees at once the Virgin Mother
Reclus'd at home; publique at Golgotha,
Sad, & Reioyc'd; shees seene at once, and seene
At almost fifty, and at scarce fifteene.
At once a Sonne is promis'd her, and gone
Gabriell giue Christ to her; Hee her to Iohn
Not fully a Mother shee's in Orbitie
At once Receiuer, and the Legacie
All this, & all betweene, this day hath showne
Th'Abbrigdment of Christs storie, w[hi]ch makes one
(As in plaine Mapps, ye farthest West is East)
Of th'Angells Ave,' and Consummatum est;
Howe well the Church of Gods Court of faculties
Deales, in sometimes, & seldome ioyning these?
As by the self fix'd Pole wee never doe
Direct our Course, but the next starre therto,
W[hi]ch shewes where th’other is, and w[hi]ch wee saye
(Because it strayes not farre) doth never straye
Soe God by his Church, nearest to him wee knowe
And stand firme, if wee by her motion goe.
His Spirit as his fiery Pillar doth
Leade, and his Church as Clowde; to one end both
This Church, by letting these dayes ioyne, hath showne
Death, & Conception in Mankinde is one
Or t'was in him the same humilitye,
That hee would bee a man, & leaue to bee,
Or as Creation hee had made, as God
With the last iudgment, but one Period
His imitating spowse would ioyne in one;
Manhoods extreames: Hee shall come; hee is gone.
Or as, though one bloud dropp, w[hi]ch thence did fall
Accepted would haue seru'd, hee yet shed all
Soe though the least of his paines, deeds, or words
Would busie'a life, Shee all this day affords
This Treasure then, in gross, my soule vplaye
And in my life retayle it euery daye.


I have published on this difficult and beautiful piece; my essay “The Feminine Trinity in ‘Upon the Annutiation and Passion’ first appeared in the John Donne Journal 23 (2004) and was revised as Chapter 2 of my 2008 book Refiguring the Sacred Feminine. One of the most important things in the poem is the perfect unity of the feminine Trinity comprised of the Blessed Mother, the feminine soul (anima) of the speaker, and Ecclesia, the Church. In our own time, Ecclesia will be renewed through an increase in respect for and sensitivity to her female members, devout women whose devotion, service, and priestly calling mirrors that Jesus’s Mother and who are, like Mary, essential members of Christ’s Body.

Even before I was reminded that today is the 25th of March, I was thinking about St. Paul’s commentary on the intimate connection between the Passion of Christ and the sufferings of the individual Christian who ministers to his or her brothers and sisters in and through those sufferings. Paul begins with a praise of the Eternal Second Person of the Trinity, then moves to Jesus’ Incarnation and Passion, and concludes with Paul’s own vocation and his love for the Christian community of Collosae in Phrygia:

[Christ] is the image of the invisible God, the firstborn of all creation. For in him were created all things in heaven and on earth, the visible and the invisible, whether thrones or dominions or principalities or powers; all things were created through him and for him.

He is before all things, and in him all things hold together. He is the head of the body, the church. He is the beginning, the firstborn from the dead, that in all things he himself might be preeminent. For in him all the fullness was pleased to dwell, and through him to reconcile all things for him, making peace by the blood of his cross [through him], whether those on earth or those in heaven.

And you who once were alienated and hostile in mind because of evil deeds he has now reconciled in his fleshly body through his death, to present you holy, without blemish, and irreproachable before him, provided that you persevere in the faith, firmly grounded, stable, and not shifting from the hope of the gospel that you heard, which has been preached to every creature under heaven, of which I, Paul, am a minister.

Now I rejoice in my sufferings for your sake, and in my flesh I am filling up what is lacking in the afflictions of Christ on behalf of his body, which is the church, of which I am a minister in accordance with God’s stewardship given to me to bring to completion for you the word of God, the mystery hidden from ages and from generations past. But now it has been manifested to his holy ones, to whom God chose to make known the riches of the glory of this mystery among the Gentiles; it is Christ in you, the hope for glory. It is he whom we proclaim, admonishing everyone and teaching everyone with all wisdom, that we may present everyone perfect in Christ. (Col 1:15–28)


The United States Catholic Conference of Bishops website glosses the confusing phrase “filling up what is lacking in the afflictions of Christ”:

although variously interpreted, this phrase does not imply that Christ’s atoning death on the cross was defective. It may refer to the apocalyptic concept of a quota of “messianic woes” to be endured before the end comes; cf. Mk 13:8, 19–20, 24 . . . . Others suggest that Paul’s mystical unity with Christ allowed him to call his own sufferings the afflictions of Christ.


I believe that we are all called to that mystical unity, and I remember the death of my own father, Pasquale DiPasquale, Jr. (ND class of 1955), whose dying body resembled that of the crucified Jesus. He suffered horribly in the final stages of lung cancer, but he refused the morphine that the hospice nurses tried to give him, banishing them from the bedroom—his and my mother’s bedroom in their Tucson home—as “Anathema!” The nurses were distraught; palliative care was central to their mission. My sisters and I sat down at the dining room table with them and explained. Not only does he want to stay alert for every last loved one who arrives to visit him in these final days, not only does he want clarity of mind to receive the sacraments each time a priest comes to his bedside, but he has spiritual uses for his physical pain. At the time, I thought that those uses were mostly personal—a form of purgative penance for his own sins and failings, a way to prepare his soul for the account that she, like every soul, must give of herself in the presence of God. But now, having read Colossians again, I understand more fully. It was self-purgation, but it was also ministry. My father was “in [his] flesh . . . filling up what is lacking in the afflictions of Christ” on our behalf, on behalf of his family and our beloved Church.

I was reminded of Dad’s death—the death of a man whose first and last names both mean “Easter” in Italian—as I drove home from dropping my son off at school this morning because, while I was driving, Story Corps came on, and the story told by Eva Vega-Olds moved me beyond words.

Eva’s account of her father, who died of lung and liver cancer, resonated so deeply, so perfectly. Leonardo Vega was a working class man, as was my Dad. Leonardo remained working class all his life, while my Dad became an academic, a professor, and a college president. While Leonardo was a first-generation Puerto Rican immigrant, my Dad was a second-generation Italian American. But in so many other ways, they closely resembled one another: each had his own wry sense of humor, each had a deep commitment to family, they both took such joy in living, and they both left this life with such dignity. My father died on July 14, 2004, and the John Donne Journal version of my “Annutiation and Passion” essay is dedicated to him: 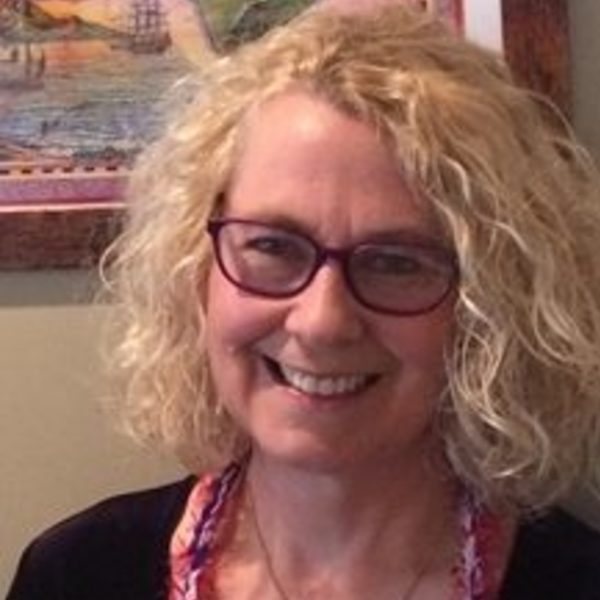