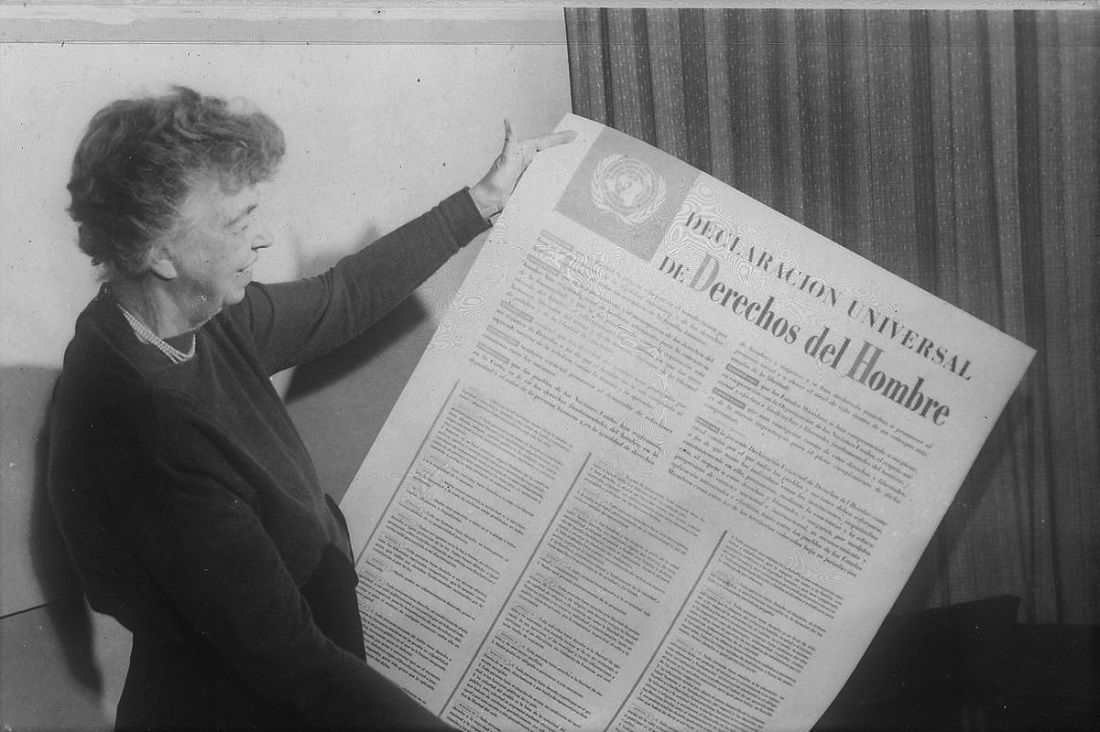 Compared with Edmund Burke’s unsourced Thomism (see: previous instalment in this series) concerning natural law, Jacques Maritain’s version, from the mid 20th century, was far less authentic. Contrary to his unhelpfully ecumenical proclamations after World War II, the metaphysical and theological foundation of natural law, so well sustained by Burke, is not a matter of indifference with respect to the content and understanding of rights.[1] For without it the social will not tend to be seen as original and constitutive, and accordingly rights will be embraced on an assumption of ontological violence, which can only be channelled and newly wielded in all its arbitrariness, if the absoluteness of right is itself, paradoxically, to be upheld. For this reason all rights-based or rights-preponderant theories are pessimistic views which limit the scope of justice and in the case of the former, as with Hobbes (who remains always the arch-theorist of right, as Strauss correctly discerned), of its ultimate non-reality, save for the dismal notion that it is the established ruling fiction of God himself.

For this reason, Maritain’s overly cavalier assumption that all can concur as to the content of rights while disagreeing as to their grounding turns out to betoken a blurring of the true foundations of natural law, as Michel Villey perceived. But the situation here is highly complex, in a way that Samuel Moyn has now best brought to view. On the one hand, certainly, the post WWII global political settlement, which Maritain helped to forge more than one might think (as Moyn has now shown), was conservative in the sense that it backed away from either liberal foundational rights or revolutionary foundational rights through fear of both communism and liberalism. The political settlement feared liberalism's excessive individualism, which tended to lead both by reaction and also by continuation—in terms of the liberal alliance between the monadic individual and the strong central state, as has been described—towards totalitarianism. In this context, as Moyn and others have demonstrated, the pre-war notes of Catholic and often also Anglican and Protestant social teaching (corporatism, personalism, dignitarianism) were by no means simply abandoned postwar, but rather qualified in a rather incoherent way, due to an equal sense that, totalitarianism being the worst danger, a modified liberal democracy might be the best bulwark against it. The “rights” were now seen in a novel fashion as protecting the dignity of the free, rational and supernaturally-oriented person, along with the traditional family, various free associations, and social and civil constitutive corporate bodies (especially in Austria and, to a degree, West Germany) not only against the overweening state, but also against untrammeled self-assertion.

Clearly then, this new view of subjective rights as deriving from human dignity, or ontological status (whereas previously “rights” and “dignity” had belonged to opposed discourses), and as generally correlated with duties, not only returns to the pre-revolutionary insertion of natural right still in a natural law context, but considerably intensifies this assertion, by virtue of a greater concern with the equity of relations. Nevertheless, when one looks at the extremely influential work of Maritain, one can see certain crucial dilutions of natural law and an illogical hybridization with foundational natural right.

This can be seen in the following respects:


Therefore, while, as Moyn argues, the initial postwar political settlement, especially in continental Europe, but also in Britain, albeit eventually under the auspices of the Labour party, was conservatively Christian,[6] one can also contend that the excessive compromise with liberal democracy encouraged a rapid drift towards a more capitalist economy, whose consumerism in turn unleashed the cultural liberalism of the 1960’s, which, against its own naïve initial intentions finally gave moral license to the yet-more unbridled capitalism (requiring of course further central bureaucratic control) of our own times. Moyn mainly retains the dispassion of a historian but at times, perhaps, some disdain for the various “third ways” creeps into his tone, in a way that appears to assume the modern ultimacy of the left-right distinction inherited from the French revolutionary aftermath. But, to the contrary, one might suggest that the Christian (and sometimes Jewish or Islamic) diagnosis of the essentially shared premises of cultural and economic liberalism, along with the hidden collusion of liberalism with the totalitarian, is both defensible and accurate. My overall, long-term analysis of rights in this series tends to confirm it, and it is being returned to by Christians in contemporary Europe. This return is immediately allowing a small (but perhaps promising) resurgence of their political influence, despite their apparently declining numbers and in the face of general secular apathy and ideological exhaustion.[7]

EDITORIAL STATEMENT: This is the fifth installment of a six-part series by John Milbank on natural law and natural right.

[2] One can nevertheless criticise personalism for retaining an overly Cartesian and Kantian division between persons and things and accordingly failing to see both the pre-personal in things and the thingly mediation between persons, that also ensures that relations already assume a certain ‘organic’ closure, even if they help to constitute this. Thus the relationality of people does not totally cancel out the way in which they also constitute parts of a bodily whole—social “participation” properly concerns both aspects. This was better understood, within Christian thought, by Russian sophiology and especially by Sergei Bulgakov, who deploys his notion of sophianic mediation in part as a critique of the over-spiritualism of the personalists. See: John Milbank, “Sophiology and Theurgy: The New Theological Horizon” in Radical Orthodoxy and Eastern Orthodoxy ed Adrian Pabst (Basingstoke: Ashgate, 2009), 45-85.

[6] It is well documented that 1945 was the last great Anglican settlement in the UK, newly requiring Christian religious instruction in schools along with an initially mutualist conception for the welfare state. The ground for this settlement was largely prepared by Christian thinkers before and during the war. Despite the Labour implementation, it enjoyed for this reason a huge consensus and led to a brief period combining both continued social deference and relative economic equality. That we now have the dire opposite combination (crass style and unfair substance) was due, it would seem, first to unthinking satire, directed often against the wrong targets, then a tedious and unattractive form of self-indulgence and finally and most decisively the essentially secular axe wielded by Mrs Thatcher’s provincial and yet province-hating ressentiment. Yet even before that, and perhaps more crucially than one might imagine, poor-quality Christian thinkers like Denis Munby had started to assault the “Christendom legacy” of V.C. Demant, T.S. Eliot and many others in the name of a sanguine confidence about the compatibility of secular values with Christian values – a confidence now seen to be so clearly misplaced.

[7] See, for example in the case of the UK, Blue Labour: Forging a New Politics ed. Ian Geary and Adrian Pabst (London: IB Tauris, 2015). But there are strong examples of this also in Italy and other Continental countries. There are in addition secular convergencies towards a similar political direction, as with Michéa and the work of Alain Caillé’s M.A.U.S.S. group in France. 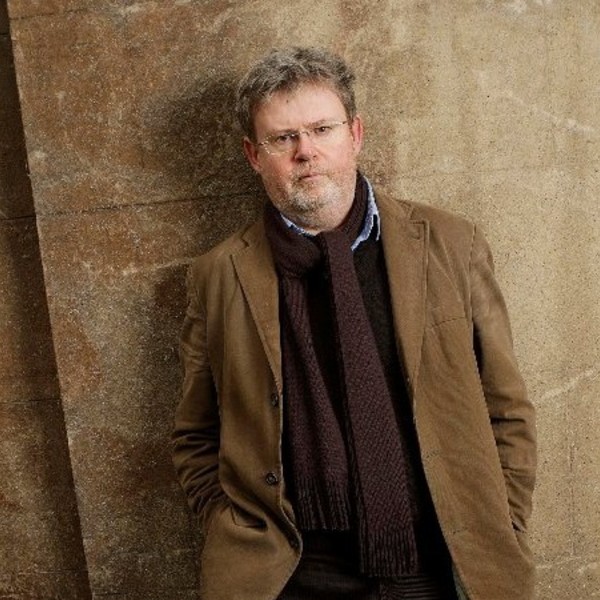 John Milbank is Emeritus Professor of Politics, Religion and Ethics at the University of Nottingham where he is also President of the Centre of Theology and Philosophy. His most recent book, written with Adrian Pabst, is The Politics of Virtue: Post-Liberalism and the Human Future.