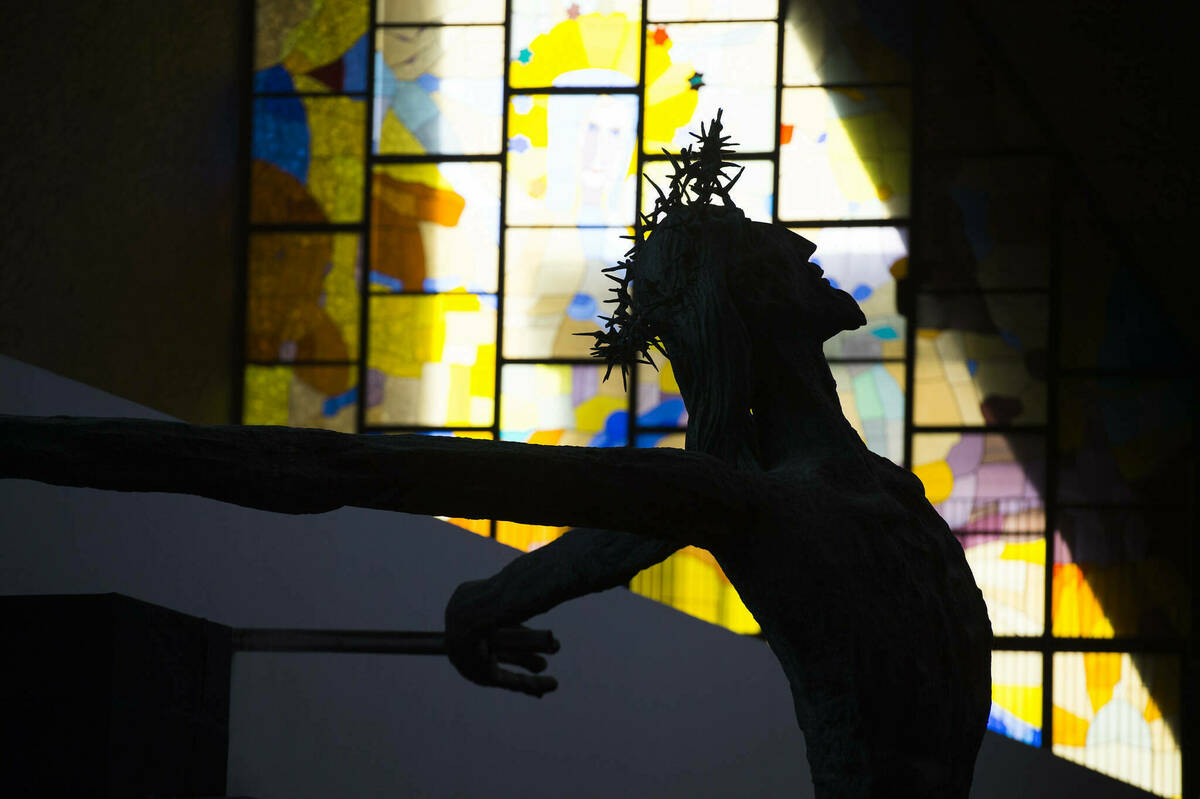 Dementia is an illness that has affected the lives of most of us in one way or another. It is heart-wrenching to watch someone you know and love slowly fade away, not to mention the mental anguish that people with dementia themselves often experience. Yet, at the same time, they are still “with us” even when they have lost their capacity to communicate.

What can theology tell us about dementia? To some extent there will always be mystery surrounding progressive illness and the accompanying disintegration of the self. Christian personalism, however, may hold the key for answering existential questions concerning the relationship between consciousness, memory, and our experience of God.

Dementia is a term used to describe a number of illnesses that affect the brain and a person’s ability to perform everyday tasks. Common forms of dementia include Alzheimer’s disease, Parkinson’s disease, and some forms of multiple sclerosis. Over 6 million Americans and 400,000 Australians live with some kind of dementia.

Cultural literacy about dementia is improving with each generation. In recent years, several critically acclaimed films have provided powerful insight into the realities of life with dementia, including Nebraska (2013), Still Alice (2019), and The Father (2020). Nonetheless, the stigma remains. You still hear that people living with dementia have “lost their marbles” or are “not all there”.

Considering the prevalence and seriousness of dementia, there has been surprisingly little theological reflection on the topic in recent years. There are few books and only a handful of scholarly articles directly addressing what dementia means for a soul’s relationship with God. This paucity of theological and pastoral guidance may give the mistaken impression that dementia is a form of spiritual and social death.

Personalism is a school of philosophical and theological speculation that focuses on the infinite uniqueness and depth of each person. Over the past century people like Dorothy Day, Gabriel Marcel, Martin Luther King, and Karol Wojtyla (who became Pope John Paul II) have been described as personalists, but the movement is still not particularly well-known outside of Christian theological circles. As New York Times columnist David Brooks writes, personalism starts by drawing a line between humans and other animals:

Your dog is great, but there is a depth, complexity and superabundance to each human personality that gives each person unique, infinite dignity. Personalists believe that people are “open wholes.” They find their perfection in communion with other whole persons. The crucial questions in life are not “what” questions—what do I do? They are “who” questions—who do I follow, who do I serve, who do I love?”

What matters to the personalist is not how talented, productive or successful a person is, but rather what they are committed to at the core of their being.

Perhaps the most famous personalist was Karol Wojtyla. In Love and Responsibility, Wojtyla wrote that “the human being is single, unique, and unrepeatable, someone thought of and chosen from eternity, someone called and identified by name”. Each human being, in other words, has an identity that makes them unique and that sets them apart as a person in the eyes of God. Persons are special insofar as they are unrepeatable and capable of receiving and giving love. Wojtyla argued that the fundamental calling and fundamental source of fulfillment for persons was to commit themselves to God and to love others: “a person is an entity of a sort to which the only proper and adequate way to relate is love.” In other words, the defining function of the person is to love.

Love, importantly, is not just a momentary sentiment. For the personalist, love is about who you commit yourself to at the very core of your being. It is reflected in a life of service and sacrifice for those who are dear to you and fidelity to those ideals that define you. This gives some insight into why the theme of fidelity loomed so large in the life and work of Wojtyla and other personalists.

A Personalist Theology of Dementia

How might personalism inform our understanding of dementia? One of the biggest challenges presented by the social stigma attached to dementia is the idea that people with dementia have lost both their personhood and dignity. Modern rationalist and empiricist philosophy associates the person with consciousness, as evidenced by Rene Descartes cogito or John Locke’s account of the person as “a thinking intelligent being that has reason and reflection and can consider itself as itself.” When one loses consciousness and memory, these philosophies suggest that one has lost personhood as well.

Personalism, however, suggests that the essence of personhood is far deeper than consciousness. What characterizes the person is not one’s mental states but rather one’s capacity for love, relationship, and self-giving. Love is reflected in the orientation of one’s soul—the fruit of a lifetime of spiritual struggle rather than some discrete cognitive act or some idea in the mind.

Viewed from this perspective, people experiencing dementia are still capable of the gift relationship—giving the gift of love—that is the defining function of the human person. While they have diminished cognitive capacity, they can still give themselves to others and to God.

Indeed, dementia, like the person, is a mysterious phenomenon, as evidenced by the largely inexplicable moments of lucidity and selfless concern of individuals with severe dementia. Studies have documented how people with advanced dementia reciprocate care for those who are caring for them. When they are themselves treated with respect through attentiveness, affection and non-verbal forms of communication, patients with dementia reciprocate these gestures and acknowledge, through a smile, a touch, or simply by their helpful cooperation, that they recognize their carer as a person.

People with dementia also retain a keen spiritual sensibility even when other executive cognitive functions have declined. A 2013 qualitative study in the journal Nursing Ethics describes the importance of prayer and spiritual chanting for the emotional wellbeing of patients with dementia. The study described a patient who would always end the evening by praying and singing a hymn with staff. It also described a remarkable case of a patient who received a blessing as he was dying and then insisted that the staff member caring for him also receive a blessing.

Indeed, the literature bears out the inextricable link between spirituality and personal identity. A 2003 study explored the spirituality of persons with dementia through 28 semi-structured interviews. One participant said that their moral character and relationships had been enriched by their experience of dementia:

I’ve come to the conclusion that everything has a purpose; the Good Lord knows the best for you. Maybe this was to slow me down to enjoy life and to enjoy my family and to enjoy what's out there. And right now, I can say that I’m a better person for it.

Reflections such as this confirm that people experiencing dementia are indeed still persons and deeply spiritual beings despite the effects of cognitive decline. Indeed, someone’s personhood is enriched through the existential focus that illness introduces into one’s life.

Dementia and the Trinity

But what about people who are experiencing the most severe forms of dementia? People with so-called “end stage dementia” may not even be able to recognize facial expressions or respond to a soothing or affectionate touch. Has someone in such a state indeed lost their grip on human personhood and connectedness with God?

“No,” scholars argue. Two relatively recent contributions to the theological literature on dementia highlight the relationship between people living with dementia and the Trinity (Father, Son, and Holy Spirit—united by love) in such a way that we retain sense of the meaning and worth of the lives of those with end stage dementia.

John Swinton’s 2012 book Dementia: Living In the Memories of God develops a practical theology of dementia as he explores two primary questions: “who am I when I've forgotten who I am?”, and “what does it mean to love God and be loved by God when I have forgotten who God is?” Swinton draws an analogy from the Trinity, as “constituted by relationships,” to a view of human beings as constituted in the same way. This, he argues, takes the emphasis off individual self-awareness and locates a person’s humanity in the community of which they are part. By redefining dementia in light of the transformative counter story that is the gospel, Swinton is able to offer a compassionate and yet rigorous account of why people with advanced dementia ought still be treated as human persons and souls deeply united to Christ.

Similarly, Peter Kevern attempts to reshape our understanding of dementia by describing it as a unique mode of participation in the cross of Christ. In his article “Sharing the Mind of Christ”, Kevern argues that Christ “demented” on the cross, and in this way united himself to the suffering of people with dementia. That is to say, the crucified Christ experienced a loss of awareness whereby “he was only slightly able to function mentally, dimly aware of his surroundings, his mission and his self.” At the very least, Christ was “delirious” and it is “unlikely that his last minutes of life on the cross were lived in full self-awareness.” The demented Christ, Kevern writes, “was brought into solidarity with the demented, the comatose and the mentally disabled.” “The world of those who are dementing is not a grace-free zone”, Kevern contends.

Kevern also argues that human person is not defined by self-awareness but rather by “the narrative of a whole life” and the choices that a person makes throughout their life. In the case of Christ, we need not put so much emphasis on his fully-aware, fully-conscious act of self-surrender right to the very end of the crucifixion. Rather, the redemption is something that spans Christ’s whole life and that continues beyond the tomb. With this view of identity in mind, Kevern argues that:

Even if a dementing Christian loses self-awareness to the point of losing any memory of having had a faith, the fact that they are a diachronic, causal extension of the person who, when they were self-aware did have a faith is enough to provide confidence in their status before God.

The lack of self-awareness of people with dementia, in other words, need not be seen as compromising their relationship with God. Rather, they can still be intimately united with Christ provided that the fundamental orientation of their life is toward God. This is certainly a far cry from the idea that people with advanced dementia are “spiritually dead.”

Theological speculation about dementia has been surprisingly sparse. Christian personalism, however, presents a unique lens through which we can explore the meaning of dementia and its implications for the soul and one’s relationship with God. Even people living with advanced dementia retain the most fundamental form of spiritual agency—the capacity to love. While dementia is a devastating set of conditions that greatly reduces one's capacity to engage in the ordinary activities of life, it does not take away one’s fundamental dignity nor does it undermine one’s relationship with God.

Perhaps we are closest to God when our egos are at their lowest ebb and when we are more totally open to the action of grace than ever? At least this much is true: what matters most is not the state of our mind but rather the fundamental orientation of our hearts. 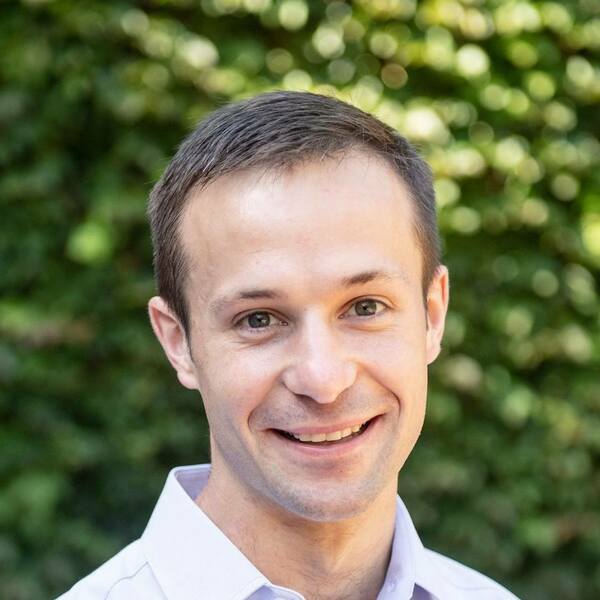 Xavier Symons is a bioethicist and 2020 Fulbright Future Postdoctoral Scholar. He is currently a scholar in residence at Georgetown University’s Kennedy Institute for Ethics. 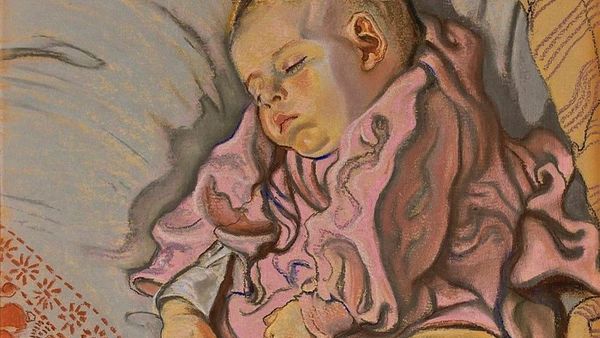