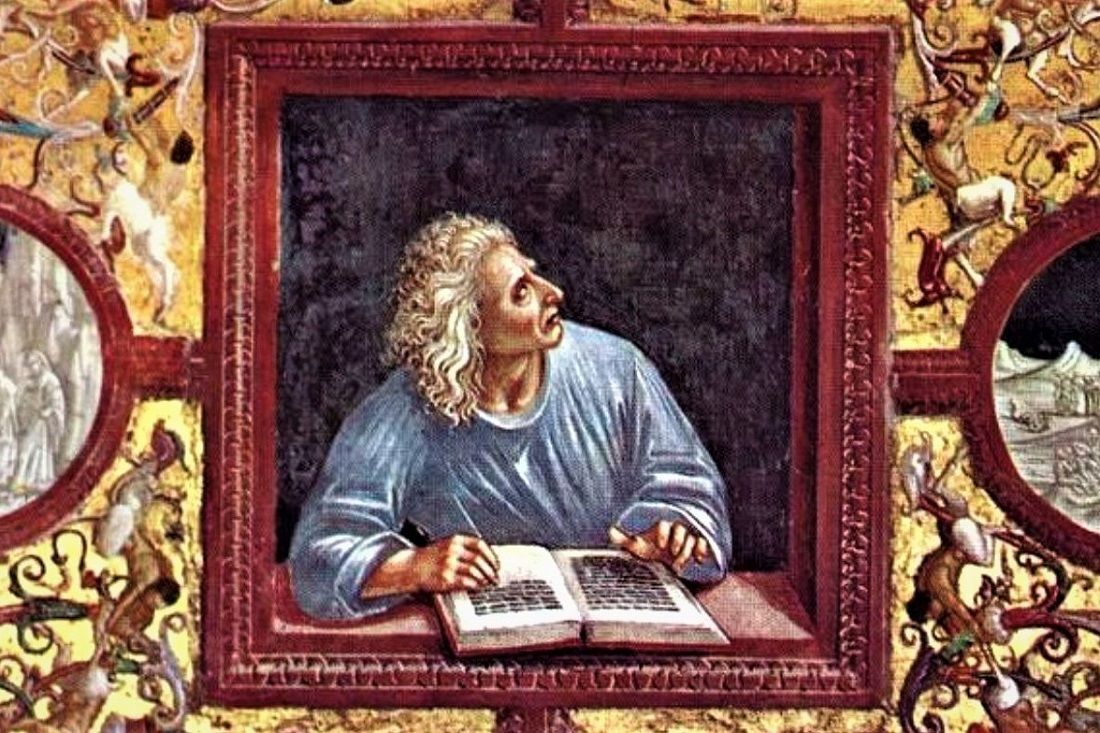 In the postmodern era, few topics are as heated and as interestingly pugnacious as that of religion versus science. Although a mission by no means invented by men such as Dawkins, Harris, Tyson, and Coyne, what might be called the “evangelical” atheists and scientists have proudly and publically wielded a two-edged sword in their scientific careers:

To that end, Faith vs. Fact: Why Science and Religion Are Incompatible, by American professor and biologist Jerry A. Coyne, offers an enthusiastically clear and systematic argument against the syncretization of religious faith and science.

Beginning with a robust, candid testimony of his motivation and goals for the book, Coyne throws his glove in the face of theists and accommodationists, stating,

Although this book deals with the conflict between religion and science, I see this as only one battle in a wider war—a war between rationality and superstition. Religion is but a single brand of superstition (others include beliefs in astrology, paranormal phenomena, homeopathy, and spiritual healing), but it is the most widespread and harmful form of superstition. And science is but one form of rationality (philosophy and mathematics are others), but it is a highly developed form, and the only one capable of describing and understanding reality (xii).

From there, Coyne builds his case for benevolent scientific superiority and malevolent theistic superstition, logically and thoughtfully, beginning in chapter one with his main item of contention: the needless and impossible harmonization of science and religion. He states,

But my view is not that religion and science have always been implacable enemies, with the former always hindering the latter. Instead, I see them as making overlapping claims, each arguing that it can identify truths about the universe. As I’ll show in the next chapter, the incompatibility rests on differences in the methodology and philosophy used in determining those truths, and in the outcomes of their searches (4).

In chapter two, Coyne provides one of the most helpful (and daring considering his analyses outside his scholarly specialty) sections of his book. Fighting his own habit of internalizing his core beliefs of science and religion (27), Coyne offers a thorough-yet-liberal-leaning external overview of the realities, definitions, and dissonance of/between science and religion. Thus, many famous scholarly names in history and contemporary times are provided, along with their poignant and provocative assertions. Unfortunately, while providing these key testimonies from a range of scientists, philosophers, and theologians, Coyne neglects (or purposefully ignores) a cadre of prolific, academic Apologists, whose own professional writings on the relationship of religion and science would have deepened Coyne’s work—still, it is a very profitable chapter.

Coyne then moves on to the most “scientific” parts of the book, carefully utilizing scientific methodology to dissect and deconstruct both the accomodationists and the natural theologians, who (according to Coyne) confuse and abuse the scientific world with their irrational approaches to scientific inquiry. Coyne demonstrates how many “harmonizers” engage in half-hearted scientific methodology and then fall prey to conveniences that circumvent their weak hypotheses. In chapter three, he states, “Accommodationism—claiming that science and religion are not in conflict—is the solution to another form of cognitive dissonance, the one that appears when you live in a culture that reveres science but you still cling to pseudoscientific and religious myths” (97). In chapter four, Coyne goes on to state, “Natural theology is popular because, by offering God as the only reasonable solution to a scientific problem, it appeals to science-friendly believers as well as to theologians, both of whom realize that divine solutions can strengthen the faith of coreligionists and convert those on the fence” (153).

Coyne ends his work with a somewhat troubling, melodramatic chapter, issuing warnings of the dangers of allowing people of faith to influence and interfere with pure, objective scientific reasoning. He states, “The harm, as I’ve said repeatedly, comes not from the existence of religion itself, but from its reliance on and glorification of faith—belief, or, if you will, ‘trust’ or ‘confidence’—without supporting evidence” (225). He goes on to discuss the conflicts between people of faith and the scientific world in matters such as medical advancements, vaccinations, global warming, etc. Unfortunately, Coyne’s admonitions in this chapter tend to employ a hasty generalization or false dilemma fallacy (or his own personal psychological projections) rather than concrete facts. His conclusions come across as mostly imputed rather than factual, which is odd and ironic for a scientist arguing for objectivity. On a positive note, Coyne’s warnings did bring back fond memories of Carl Sagan’s Cosmos book and television series, wherein Sagan warned about turning Earth into desert-like Mars without more careful environmental choices.

Not surprisingly, for a sociologist of religion and Christian historian like myself, Coyne’s assertions, assumptions, and conclusions definitely raised my personal hackles at times; moreover, I found far too many questionable proclamations from Coyne as de facto when they were more de sentientia. If modern scientific methodology rightly embraces inductive reasoning—wherein a conclusion is likely be true but needs verification vis-a-vis experimentation—too many of Coyne’s assertions are delivered in deductive fashion—wherein his conclusions are assumed absolutely true—without evidence to back them up. Thus, Coyne’s criticism of theists comes across somewhat hypocritical, shallow, or incomplete in those areas.

Additionally, the tendrils of Coyne’s own scientific apologetic often take him into areas outside his expertise and persuasive abilities. For someone like myself who has trained in theology and Church history for nearly two decades, statements such as, “Science and religion, then, are competitors in the business of finding out what is true about our universe. In this goal, religion has failed miserably, for its tools for discerning ‘truth’ are useless” (xvi), are a shallow, myopic interpretation of the goals and tools of religion (at best) and ironically more dogmatic than evidential. Again, Coyne comes across more of an angry scientist (or amateur theologian) than an objective seeker of truth, which weakens his crusade, somewhat.

Still, despite such unpleasant moments, in reading through Coyne’s book, I was reminded of a favorite quotation of Mortimer J. Adler—“Scientific objectivity is not the absence of initial bias. It is attained by frank confession of it,”—and I appreciated Coyne’s frankness and sincerity in his objections to faith, religion, creationism, and the syncretization of faith and religion. He offers many credible questions and reasonable refutations for those who try to clumsily and carelessly combine two very different fields of human study—the divine and the defined.

Coyne’s book is almost a Virgilian guide when it embraces and applies the noble tenets of scientific methodology that he claims to be lacking in the religious world. In the end, Coyne achieves, in part, his goals for the book espoused in the preface:

Sadly, Coyne’s latter goal seems more of a personal vendetta than an objective goal of good science. However, the former and middle goals Coyne nails in this book, absolutely. His enthusiasm and devotion to finding and seining out empirical truth, regardless of the source or special pleading, is quite inspirational and informational.

Editorial Note: This is a review of Jerry A. Coyne, Faith vs. Fact: Why Science and Religion Are Incompatible (New York: Viking, 2015), pp: 311. 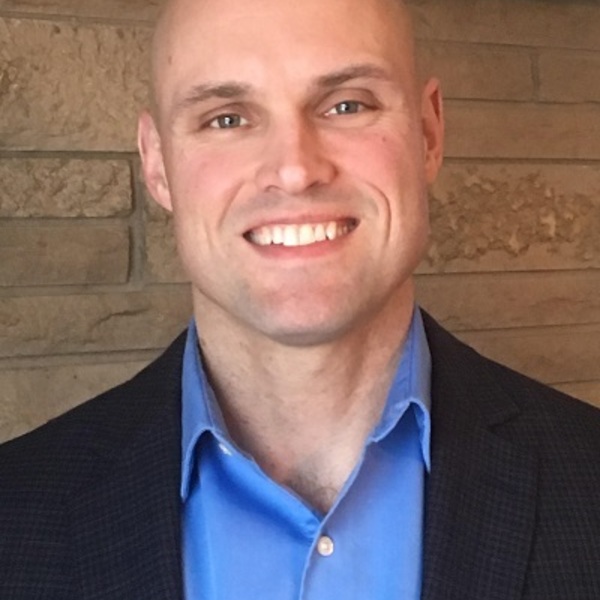 John S. Knox is Associate Professor of Sociology in the School of Behavioral Sciences at Liberty University. His many publications include A Lexicon of Sociological Terms and Theorists,  God in the Details: A Biblical Survey of the Hebrew and Greek Scriptures, Sacro-Egoism: The Rise of Religious Individualism in the West. He currently lives in Virginia with his family.