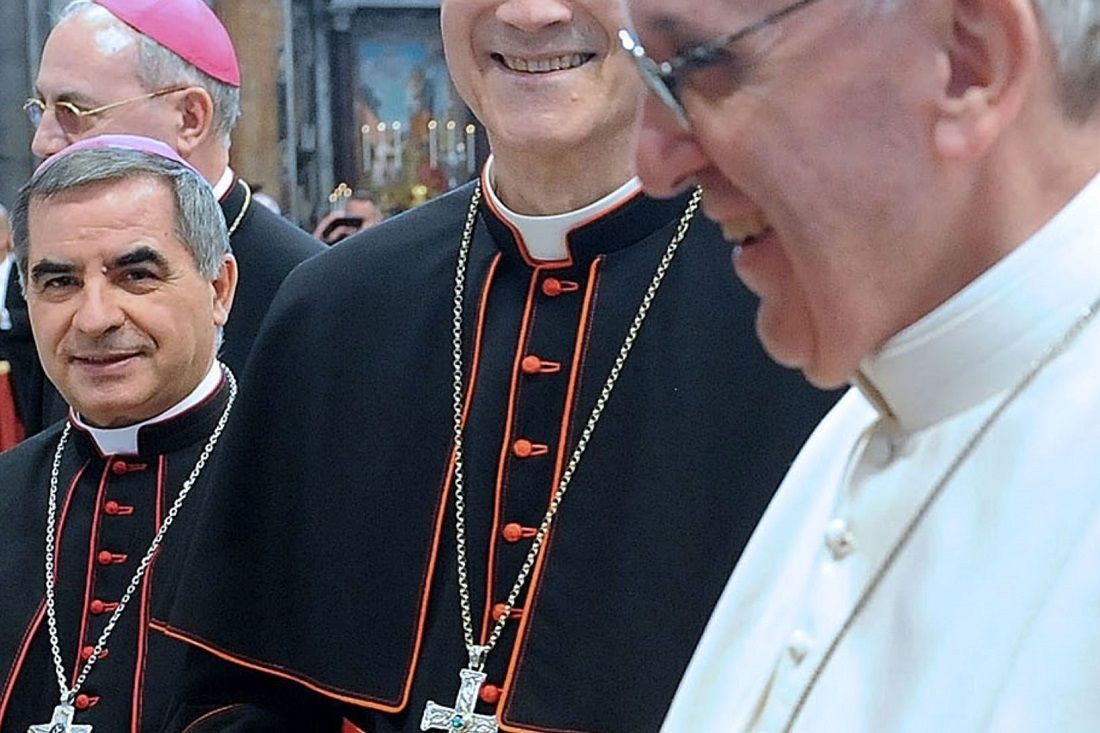 For the last month or so, media as varied as the Financial Times and the Catholic News Agency have been pouring resources into reporting on a property deal apparently undertaken by Cardinal Angelo Becciu to acquire a luxury apartment complex in Chelsea, London. The headlines, more reminiscent of a Dan Brown novel than accurate reporting, have given the appearance that the Vatican is embroiled in a squalid financial scandal. The underlying causes of this misperception, however, have a lot to teach us about the unusual political situation of the Holy See in modern times.

If the press reports are to be believed, the Secretariat of State of the Holy See was approached by an Italian financier, Raffaele Mincione, in 2012 to get involved in a property development the latter was managing in Sloane Square—one of the most expensive areas of London. According to these reports, the Holy See took a minority stake in the project in 2014 and then in 2018 ended up buying out the entire project. Apparently, the Holy See also took on much of the debt that Mr. Mincione had accumulated in financing the project to begin with. If speculative reports are to be believed, Mr. Mincione and his fund did rather well out of the deal.

Now, facing a softer property market in the new post-Brexit environment, officials at the Vatican—centered around Cardinal Becciu, according to some reports—are having a hard time refinancing the project. There is even talk that Cardinal Becciu may have violated Vatican accounting standards by hiding the debt behind the outstanding value of the assets. Due to market conditions and complex planning requirements, the development plans have stalled.

Taking this information at face value, it looks like certain officials of the Holy See bet on the London property market and got stuck with a lemon. Back in 2012 when Vatican officials first met Mr. Mincione and even in 2014 when they acquired their minority stake, the London property market was roaring ahead, and most people were not expecting Brexit. Any number of investors lined up to get a place on the merry-go-round, and any number of dealmakers stepped in to accommodate them.

It certainly looks like the Holy See got the short end of the stick in the Sloane Square deal. But one can hardly call this a scandal. A true scandal would be if, say, an official of the Holy See knew that the deal would tank at the outset but undertook it anyway because he was bribed. There is no indication that anything like this happened. One of Mr. Mincione’s funds told the press that the deal was “made in full transparency with the investor and its advisers,” and nothing in the present reporting casts doubt on this.

As for the Holy See, Pietro Parolin, the cardinal secretary of state, has stated that the deal “was rather opaque and now we are trying to clear it up.” That, too, is fair summary of the situation as currently reported.

Let us give this information the harshest reading we possibly can. It suggests that officials of the Holy See got involved in a risky property deal. Events have not played out in the Holy See’s favor, and they found themselves stuck with a bad investment. As the initially opaque investment became clarified, they cut their losses and just bought out the investment wholesale. They then found that bad property investments tend to be difficult to finance when they go sour.

As far as property investing goes, this is at worst a case of mismanagement and likely a nonstory. If Holy See officials are unhappy with the deal or with the way it was managed, they should dismiss those managing the deals or hire additional analysts. If any individuals violated the Holy See’s accounting standards, they should be reprimanded according to whatever rules are in place. Beyond this, however, it is difficult to see why the story merits long-form articles in the Financial Times, still less lurid, suggestive pieces from Catholic news sources. Perhaps further attention would be warranted if the media uncovered actual corruption, but until then the attention paid amounts to little more than leering.

Were this the investment of an ordinary sovereign wealth fund, few people would have any reason to bat an eye. After all, property in London goes through ups and downs, but is generally a smart long-term bet. But since the investment is the Holy See’s, commentators instinctively switch to a mode of analysis that shares more with the novels of Dan Brown than a fair analysis of the situation. The press—both secular and, sadly, particularly the American Catholic media—assume that everything having to do with the Holy See and money is, at root, some deep and dark scandal. The notion that a bad property deal might just be a bad property deal is anathema to this mindset. It must be the tip of a dark conspiratorial iceberg.

In an earlier day, this approach might be suspected to be the product of an anti-papal mindset. Certainly, if this kind of suspicion were directed at certain other religious groups, it would be considered beyond the fray.

Public confusion about the nature of the Holy See feeds much of the media frenzy when things go wrong, or even appear to go wrong, in the Holy See’s investments. Like any other sovereign entity, the Holy See must manage its wealth through a variety of different investments. In the case of the Chelsea property, the funds came from Peter’s Pence, a collection taken worldwide for the financial support of the Holy See as well as for its charitable activities. News reports regularly insinuate that the Holy See’s investment of any portion of Peter’s Pence—rather than, one supposes, immediately spending the principal—involves some sort of betrayal of the faithful. While investment decisions can be made prudently or imprudently, such investments are merely the normal course of operations for a sovereign state. Yet, news outlets have insinuated that even the Holy See’s procedures for considering investments are somehow inherently corrupt.

Most recently, the Wall Street Journal reported a sensational story under the headline “Vatican Uses Donations for the Poor to Plug Its Budget Deficit.” A variety of other media outlets, including many Catholic media sources, ran with even more explosive versions of the headline. The article concerned the annual collection called Peter’s Pence, which as its name suggests is intended to provide financial support to the Holy See, not only for the relief of the poor but also for the maintenance of the Vatican’s administrative operations. (In centuries past, the Holy See was supported by annates, paid by recipients of ecclesiastical benefices.)

Because the Holy See has run a deficit for the past several years, any donations directly to the Holy See’s accounts by definition constitute “plugging the budget deficit” by, for example, spending on salaries. In a situation of budget surplus, funds from Peter’s Pence could also be spent on salaries, but would not be accounted as “plugging the deficit.” Whether administrative expenses paid out of Peter’s Pence are accounted as “plugging the deficit” is simply a matter of the overall health of the budget. Inaccurate news stories simply aggravate the problem by causing confusion among the faithful and a decline in contributions—exacerbating the problem that Peter’s Pence is intended to relieve. In any event, only a portion of Peter’s Pence receipts would be spent directly without investment. The same is true for most other funds raised for charitable and related administrative purposes.

Some of the confusion surrounding the Holy See’s finances is a result of the complicated changes in internal oversight procedures begun by Pope Francis. In 2014, the Holy Father established the Secretariat for the Economy to bring the Holy See into better alignment with international norms for accounting and transparency. Many of those changes affected the Administration of the Patrimony of the Apostolic See, or APSA, which has functioned since 1967 as the Holy See’s sovereign wealth fund, holding a portfolio of property investments (the APSA’s “Ordinary Section”) as well as financial assets (its “Extraordinary Section”). After initially transferring the property management to the Secretariat for the Economy, the pope reversed course in 2016 and restored that power to the APSA.

The strange situation of the Holy See with regard to its wealth is a result of its unusual political situation as a sovereign state—of global scope spiritually yet with minuscule territory. In themselves, sovereign wealth funds are by no means unusual, although the United States does not have one at the federal level. Prior to being despoiled of his territories in 1870, the pope administered a region roughly covering that of modern Lazio, Marche, Umbra, Romagna and parts of Emilia—an area with a collective regional GDP in 2016 of approximately $400 billion. Had the Papal States not been taken, the Holy See’s central financial administration would have been the now-defunct Apostolic Camera, whose treasurer-general oversaw the income derived from the Holy See’s temporal possessions. Unable to acquire territory under the terms of the Lateran Treaty of 1929, the Holy See has little alternative but for its patrimony to consist of property investments as well as financial assets.

As Bishop Nunzio Galantino, president of the APSA, explained in a recent interview, many properties held by APSA and used for curial personnel are nonrevenue holdings. When the Holy See keeps nonrevenue properties on its books, it is attacked for being an inefficient manager. When the Holy See makes an investment—profiting off which would be good for the Church—it is attacked as corrupt if anything goes wrong. If anything, a more successful or aggressive investment strategy by the Church would require a rebalancing toward becoming “wise as serpents” and not merely “simple as doves” (Matt. 10:16). Yet, success in such a venture would doubtless be attacked just as much as failure.

What popular analysts call lack of transparency is in many cases for the Holy See simply a lack of territory where visible investments could be made. Without significant territory in which to invest its assets for the good of residents, the Holy See has to engage in the normal investing operations that other sovereign states do. As long as there remains no appetite for reconsidering the Lateran Accords to allow the acquisition of additional territory, lack of clarity around the Holy See’s investments will persist. Demanding full transparency from a sovereign investment process, however—the default suggestion of American journalists in particular—will not necessarily lead to an improvement in financial operations. On the contrary, a media environment that fosters leaks and suspicion will likely simply result in a quagmire.

At bottom, the problem afflicting the Holy See’s investments is a political one. Liberal politics cannot conceive of the Church being a sovereign political entity with financial needs and goals like any other. And the press corps cannot think of any contribution to make other than to impose austerity through transparency. Until those elements change, the Holy See will have to navigate the political waters as best it can, while guarding the Church’s patrimony for the generations to come.

Gladden Pappin is an assistant professor of politics at the University of Dallas. Edoardo Bueri is the pseudonym of a real estate investor with knowledge of the British property market.

Pappin and Bueri on the manufacturing of the newest round of accusations and their consequences. 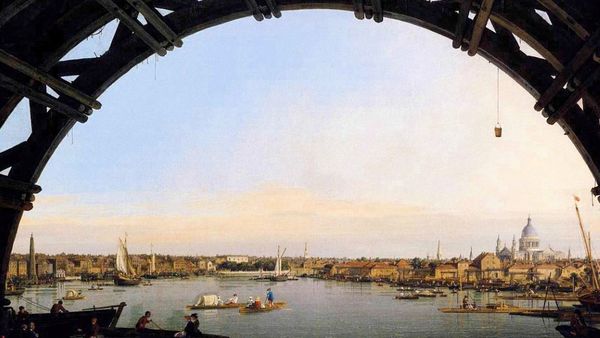