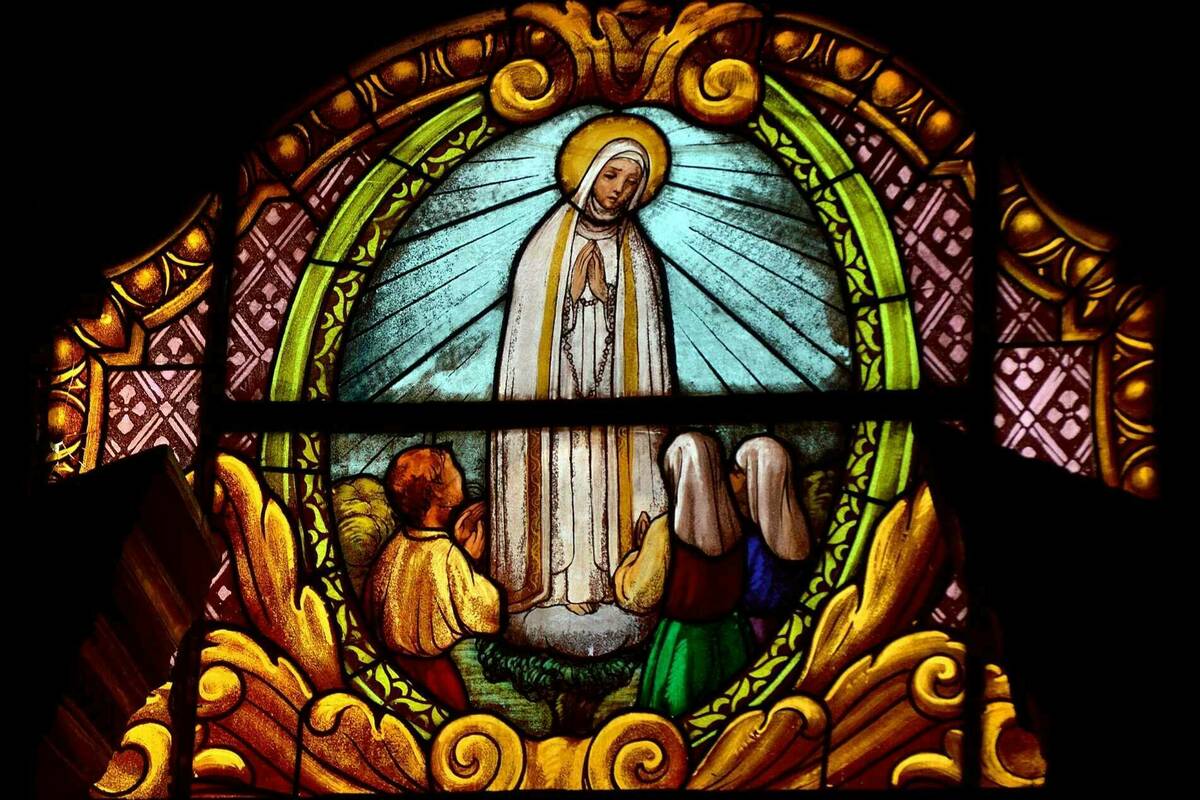 The relation between the spiritual authority that Christ gave to his Apostles and their successors, and the authorities found within temporal societies, is asymmetrical. “My Kingdom is not of this world,” says Jesus before Pilate (Jn 18:36). To the Church that he founded, the kingdoms of this world are of secondary importance. Unlike the first century Judean Zealots, Christ did not want to immediately reestablish the Davidic Kingdom, depriving the Romans and Herodians of their authority. “You would not have had any authority whatever over me, if it had not been given you from above,” he tells Pilate, thereby implying that he recognizes that temporal authorities have been established by God, who created man as a political creature, and guides human communities through his wise providence.

But like any part of creation, political life has been wounded, and is in need of healing. In this time between the First and Second Comings of Christ, the Church is not a threat to temporal authorities, but rather the bearer of a message of hope that they can become more fully themselves. Not until the Second Coming will the Kingdom “not of this world” be fully realized, when our political nature will be elevated, fulfilled, and transcended by a higher form of communal life.

In the meantime, the primary demand the Church makes of temporal powers is the libertas ecclesiae, the freedom to proclaim the Gospel and to rule her subjects in the Spirit. While it might seem that the most favorable position of the Church is one in which she is being persecuted—since the constant necessity of risking one’s life for Christ destroys illusions and purifies the Church of the lukewarm—this has never been the position vis-à-vis the world that the Church herself has sought. God wills all men to come to the recognition of the truth, especially the weak and the miserable, and therefore, his Church desires a tranquil peace with earthly powers:

So I ask you first of all to make your prayers, entreaties, intercessions, thanksgivings, for all people, for kings and all who are of high degree, so that we may live a quiet and peaceful life in all piety and dignity. This is good and acceptable in the sight of God our savior, who wishes all people to be saved, and to come to the recognition of the truth (1 Tim 2:1–4).

The nature of the demand for libertas ecclesiae, for the greatest freedom of action possible in the given circumstances, explains to a large extent the apparent indifference that the Church has shown to various political forms. As Carl Schmitt pointed out, the adaptability of the Church to various political forms has seemed to her enemies like “limitless opportunism”:

During the Holy Alliance, after 1815, [the Church] became a center of reaction and an enemy of all liberal freedoms, and in other countries an exponent of these same freedoms, especially freedom of the press and freedom of education . . . . In European monarchies, [she] preaches the alliance of throne and altar, and in the peasant democracies of the Swiss cantons or in North America [she] stands wholly on the side of a firm democracy.[1]

Temporal politics is a secondary concern for the Church of Christ. Christianity is not a religion of law like Islam, whose growth is tied up with the expansion of a particular political and jurisprudential system. But neither are politics and jurisprudence entirely irrelevant to the Church, whose mission is to renew all things in Christ. She is constantly calling on temporal powers to recognize the truth about man and the law that his Creator has written into his heart. And her demand for her own liberty ultimately implies that earthly authorities should recognize the basis of that liberty: that she is a necessary society founded by God, endowed by Him with the authority to pursue the supernatural good—an authority higher than any merely temporal authority—and with an infallible teaching office that extends to even the most humble of natural moral truths.

Brought to its ultimate conclusion, the demand for libertas ecclesiae is the demand for the stance known as “integralism.” As St. John Henry Newman put it, a temporal society must either reject the Church’s claims or submit itself to them:

As [the Church] resisted and defied her persecutors, so she ruled her convert people. And surely this was but natural, and will startle those only to whom the subject is new. If the Church is independent of the State, so far as she is a messenger from God, therefore, should the State, with its high officials and its subject masses, come into her communion, it is plain that they must at once change hostility into submission. There was no middle term; either they must deny her claim to divinity or humble themselves before it,—that is, as far as the domain of religion extends, and that domain is a wide one. They could not place God and man on one level.[2]

As a creature with a political and social nature, man can only be fulfilled through goods that are truly common and social. It follows from this that man has social duties toward the true religion. Pope Leo XIII gave classic expression to those duties in the encyclical Immmortale Dei (n. 6):

Since, then, no one is allowed to be remiss in the service due to God, and since the chief duty of all men is to cling to religion in both its reaching and practice—not such religion as they may have a preference for, but the religion which God enjoins, and which certain and most clear marks show to be the only one true religion—it is a public crime to act as though there were no God. So, too, is it a sin for the State not to have care for religion as a thing beyond its scope, or as of no practical benefit; or out of many forms of religion to adopt that one which chimes in with the fancy; for we are bound absolutely to worship God in that way which He has shown to be His will.

Societies are bound to worship God according to the truth he has revealed, and this is done principally by recognizing and supporting the Church he has founded. Thus the two powers—the temporal power of earthly rulers and the spiritual power of the Apostles and their successors—are meant to enter into an ordered relation. Each has its own proper concern. The temporal society is concerned with the common good of a “temporal” society, a society belonging to the present order of time, that is destined to pass away. The spiritual power is concerned with the common good of an eternal city not of this world, although it is already present in mystery in this world. And yet, as Pope Leo points out, since both of these powers are from God and both rule over the same subjects, there must be an order between them (see Immortale Dei, n. 13).

These lines were written on a pilgrimage undertaken with theology students to the Shrine of Our Lady at Fátima. The Apparitions at Fátima can be seen in part as a supernatural response to the persecution of the Church unleashed by the violently anti-clerical, liberal Revolution of 1910 in Portugal and its 1911 Law of Separation of Church and State. The calls for penance and reparation at Fátima can be to include the call to atone for the many sins committed in the name of the ideology of secularism by liberals, and by the socialists and communists who followed in their footsteps and shared their ideological commitment to separation of Church and state. May Catholics today once again understand the reasons why the principle of separation of Church and state, the fundamental principle of both liberalism and communism, is false, and may this realization help them to act more effectively for the Social Kingship of Christ, and the peace of the world.

EDITORIAL NOTE: The preceding text is adapted from the preface by Pater Edmund Waldstein, O.Cist., to a new book from Angelico Press: Integralism and the Common Good Selected Essays from The Josias, Volume 2: The Two Powers.

[2] John Henry Newman, A Letter Addressed to His Grace the Duke of Norfolk on Occasion of Mr. Gladstone's Recent Expostulations (London: Pickering, 1875), 22. 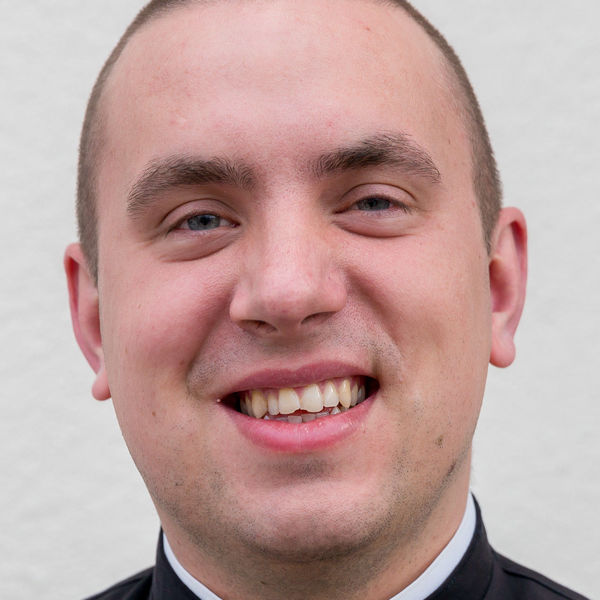 Edmund Waldstein, O.Cist., is a monk of Stift Heiligenkreuz and he blogs at Sancrucensis. 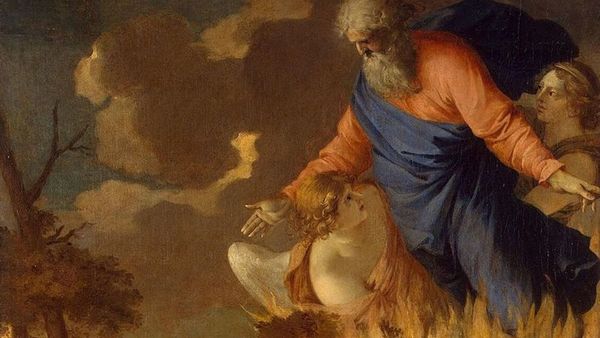