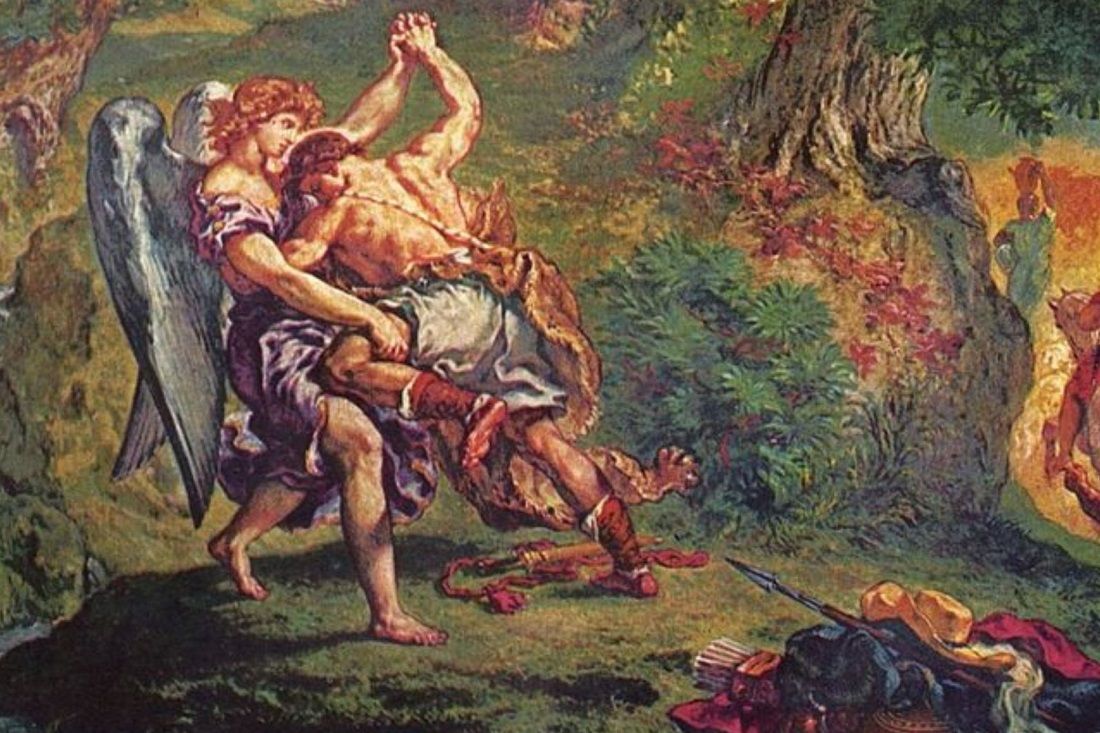 There has been no philosopher more attentive to the fragility of speech—to its finitude, its woundedness, and the silence from which it is born and toward which it tends—than the French poet and phenomenologist Jean-Louis Chrétien. Again and again, in prose that is both staggeringly learned and achingly beautiful, he awakens readers to the fragility which is speech’s strength and its weakness. Indeed, at its most defining moments, especially prayer and doxology, “speech has the strength of its weakness.”[1] Yet for those who have come to treasure his voice, nothing has served to underscore this fragility more vividly than the news of his death on June 28th at the age of 66. His own voice, which was always wounded by the impossible responsibility of answering the divine call and bearing the voices of the past, has now fallen silent.

This silence forces us to grapple, as if for the first time, with the legacy culminated by his final breath. From a worldly perspective, even if he never enjoyed popular acclaim, his career and oeuvre were remarkable. Born in 1952, he studied at the historic École Normale Supérieure in Paris and spent decades teaching the History of the Philosophy of Late Antiquity and the High Middle Ages at the Sorbonne. Over the course of his life, he published numerous books, beginning with Lueur du secret in 1985 and culminating in Fragilité in 2017, expanding his literary output to embrace six books of poetry in addition to his philosophical and theological studies. In time, the English-speaking world has been blessed with translations of six of these studies, perhaps most notably The Ark of Speech (2004), The Call and the Response (2004), and Under the Gaze of the Bible (2014). These works, in addition to establishing his reputation as a renowned philosopher and theologian, have placed him in the company of Jean-Luc Marion, Michel Henry, Jean-Yves Lacoste, and Emmanuel Falque as part of what has been dubbed the “theological turn” in French phenomenology. In recognition of these labors, he received the Cardinal Lustiger prize from l'Académie française in 2012.

Yet to identify his legacy with these prestigious academic posts, publications, and the recognition of his peers would be to miss something essential about a man who by all accounts was reclusive, shunning the spotlight in his devotion to the humble vocation of teaching. Chrétien, despite the strength and beauty of his voice, was no soloist. His contribution is inseparable from the countless voices, long since fallen silent, his work allowed to resound once again and from the voices of the students and disciples he taught to join the polyphony.

For one of his profoundest gifts was his vision of tradition as hospitality—the act of lending one’s ear and one’s voice to the voices of others, in the hope of receiving them back wounded but enriched, no longer solitary but choral. Chrétien used his attentive ear and pen and the encyclopedic breadth of his reading to welcome and shelter voices which many of his philosophical contemporaries dismissed as too religious to be rigorously philosophical or as so saturated with transcendence and the infinite that they could only suffocate finitude, fragility, and corporeality. He offered penetrating phenomenological analyses of religious phenomena such as vocal prayer, the spiritual theme of the dilation of the heart (dilatatio cordis), and the inverted experience of “being read” by Scripture. These descriptions, woven from a dizzying array of sources spanning from Neoplatonic commentaries to 17th century spiritual writers, are not meant to catalogue mystical experiences of interest only to believers and psychologists of religion; they are intended to illuminate basic structures of human experience, such as call and response, speech and silence, the immemorial and the excessive.

Against a contemporary critique which would banish the religious, the transcendent, and the infinite from phenomenology, philosophy, and human life as a threat to the integrity of finitude, Chrétien shows that it is precisely our encounter with the excessive call of the infinite that invites, nay demands, us to embrace, “body and soul,” the finitude, fragility, and corporeality of human life, more conscious than ever of their limits. They are not rendered superfluous, but invested with irreplaceable significance. It is not as if “because no one can ever think, say or paint divine beauty in all its plenitude . . . we can avoid the task of praising it every way we can: quite the opposite is true—it is an essential aspect of its radiance that it demands our hands and voices.”[2] In speech, nothing less than the totality of our finitude is offered, wounds and all, “knowing at one and the same time that it cannot be enough and yet that nothing other than it can be enough.”[3]

Chrétien’s thought returns again and again to this moment, when finitude is stretched and broken open without ceasing to be finite—to the “wounded word.” This word is not defined by its adequate correspondence to its object or by its self-sufficiency. Instead, it is “wounded by this [divine] listening and this summons that have always already preceded it,” the immemorial and excessive to which it is impossible ever to fully correspond.[4] Just as blessing and wound were inseparable when Jacob wrestled “all night long in the dust . . . and thereafter [bore] the sign of a dislocated hip and a limp,” the weakness of speech is witness to its impossible strength. In this kenotic logic, “speech is all the more confident the less sure it can be of its own capabilities.”[5] This paradox reaches its culmination in the hymn, the speech in which “there is always this hint of tremulousness, suspended, as it were, on the edge of silence.”[6]

Here one cannot help thinking of Chrétien’s own death as a new silence, a voice missing from the chorus of voices elicited by beauty’s call. Yet, does the fact that his voice is now condemned to silence rather than suspended on its edge give the lie to his celebration of speech’s fragility? Is the wounded word only a transitional stage towards death, the ultimate destination of every spoken word?

If our words were ultimately responsible for themselves, if our speech depended solely on our breath, such a conclusion might be inevitable. Yet for Chrétien, the power to speak has depended, immemorially, on a Word which resounded before we came to be and continues to do so long after we are gone. The silence of a mortal voice need not be narrated as the last word, for “when life itself is broken . . . then it is another silence that awaits us in the light of its promise, that of the eternal ark.”[7] Although memory fades, the Lord does not forget, when one voice fails, the Word sustains. Lest this hope appear “metaphysical,” an appeal to deathless infinity to enable forgetfulness of finitude, let it be remembered that our words our sustained not by a timeless, fleshless, and immortal utterance, but by a Word who himself passed into the silence of death in his mortal flesh. Let it be remembered that God’s memory of us is not an invisible guarantee but takes the concrete shape of a salvation history. The ark of speech is ultimately made possible by “the unique offering of the incarnate Word, and from the substitution, which he alone could bring about, in which he took our place in death, so that we might become free. It is in him and by him alone that the world is gathered and unified so as to be offered to the Father.”[8]

It is due to the fragility and corporeality of Christ, celebrated in the Paschal song, that even death itself can be narrated as a blessed wound, the passage into silence of an ordeal which transforms. Even when the voice falters, precisely in its faltering, it can become a sacrificium laudis, a sacrifice of praise. In this light, Chrétien’s death (like any Christian death), can be seen as the completion of a sacrifice upon which death has put its seal.

Chrétien believed that language is a place of radical hospitality, a space of gathering, even an ark prefiguring Noah’s, where the mute voices of creation and the silenced voices of the departed and the oppressed can find shelter and expression. Thus, the voice that falls silent need never be lost—instead, an obligation is imposed on the living to bear witness to that voice, to lend our breath to its words so that it is not forgotten. Chrétien practiced this hospitality by attentively listening to voices which have often been forgotten by history and lovingly wove them into a patchwork of praise. In passing into silence, his voice passes into the hospitality of our memories and our voices. Yet more importantly, his voice falls into the hands of the One to whom all words are destined, without whom remembering and hospitality alike would be impossible. For all these gifts we can only say, in the words which Chrétien called “the highest possibility of speech” – “thank you.”[9] 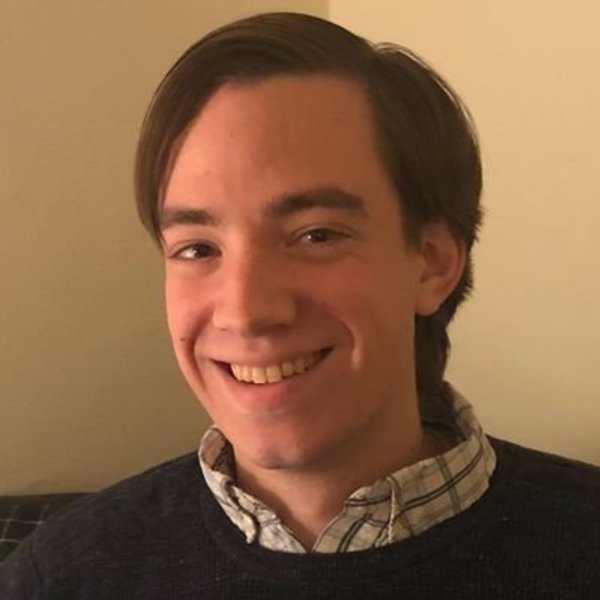 Timothy Troutner is a doctoral candidate in Systematic Theology at the University of Notre Dame. Drawing upon 20th-century German theology and French phenomenology, his research explores the doctrine of creation as it intersects with language.

D.B. Hart, theologian and New Testament translator, responds to critiques of his essay on resurrection bodies. 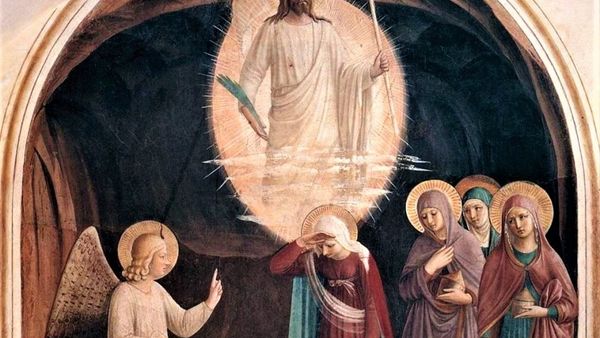