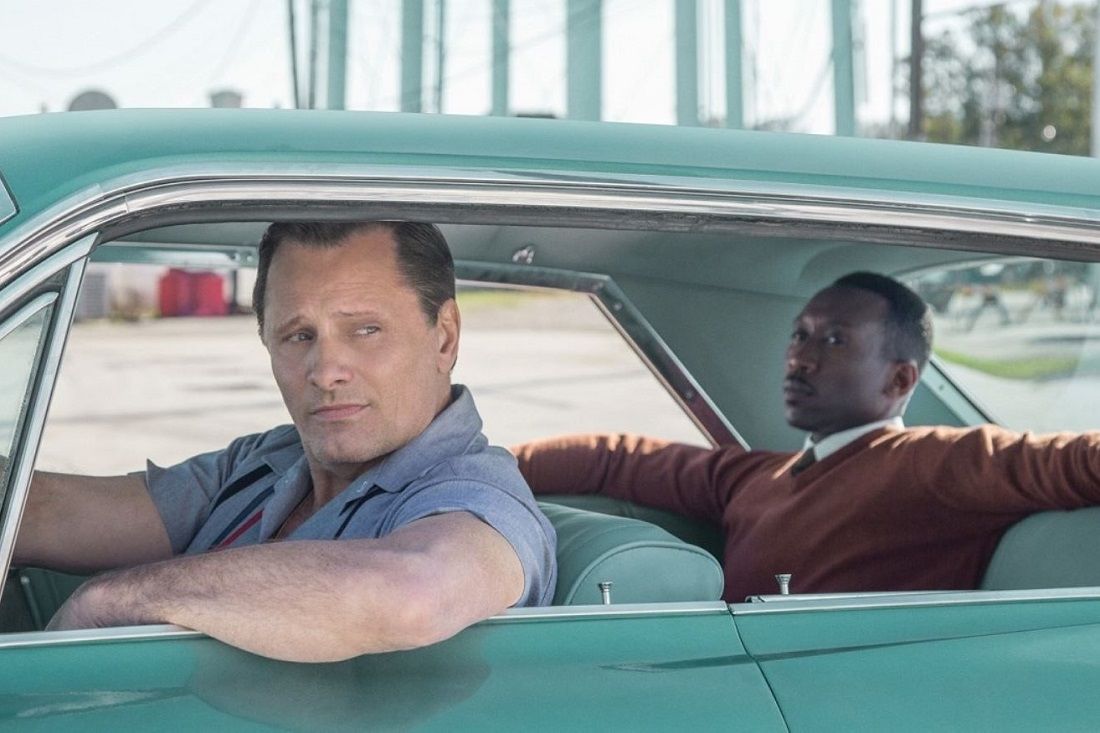 Director Peter Farrelly’s Green Book seems like obvious Oscar bait: a road trip dramedy centered around two men from very different worlds who find their assumptions challenged as they get to know one another. An unexpected friendship develops, and everyone learns a valuable lesson about not judging people by the color of their skin.

We have seen versions of this story before, and when I related the premise of the film to a friend, his response was simply, “That sounds cheesy.” He is not wrong. It does sound cheesy. Yet, his uninformed judgment of the film proved to be an example of exactly the kind of behavior the film seeks to challenge: making uninformed, unfounded judgments.

Based on a true story, Green Book is set in 1962. Tony “Lip” Vallelonga, a stereotypical “fuggeddaboudit” Italian-American from the Bronx, is hired to chauffeur Dr. Donald Shirley, a refined African-American pianist, who has chosen to perform a series of popular music concerts throughout the Deep South, where the Jim Crow segregation laws are still very much in effect. Indeed, the film’s title comes from a resource Tony receives before their departure: The Negro Motorist’s Green Book, which lists hotels, restaurants, and other places where African Americans are welcome. As Tony quips, it is a book for “traveling while Black.”

Throughout the eight-week tour, Tony and Dr. Shirley have many pointed interactions. For example, Tony is incredulous that Dr. Shirley has never heard of Little Richard or Chubby Checker, has never eaten fried chicken—things that he associates with African American culture—and claims that he himself is “more Black” than Shirley because of his familiarity with and affinity for African American music and food. When Dr. Shirley points out that Tony has “a very narrow assessment” of him, Tony responds, “I know! I’m good!”—indicating his utter lack of understanding that there is more than one way for an African American to live and be in the world.

At its heart, Green Book asks its audiences to examine the ways in which they reduce other human beings to the sum of what they have been told is true about them. What is frustrating about the film, though, is the fact that it is seemingly forced to rely on using the very stereotypes it seeks to subvert in order to make its point. The danger in this, of course, is that, rather than subverting the stereotypes it portrays, the approach may backfire, and the film may simply wind up affirming the stereotypes it employs for a portion of its desired mainstream audience.

Ultimately, it is Mahershala Ali’s extraordinary performance as Dr. Shirley that saves the film from floundering beneath its stereotypes. Nominated this year for Best Supporting Actor (though I am not sure how his is considered a supporting role when Viggo Mortenson [Tony Lip] was nominated in the Best Actor category), and having won two years ago for his stunning turn in Best Picture winner Moonlight, Ali proves once again that he can deliver powerful lines with the best in the business.

His real power lies in the fact that he can convey more in his facial expressions than most actors can in an emotive soliloquy. Through his captivating, nuanced performance, Ali continuously challenges the “narrow assessment” that Tony—and the audience—have of what it means to be an African American. What is so moving is that in the film, these narrow assessments are imposed on Dr. Shirley from white and black people alike: he is not “black enough” to be accepted by other African Americans who see him as a snob; he is not “white enough” to be accepted by the white people who marvel at his musical talents and yet refuse to eat in the same room as he does or allow him to use the same bathroom. Ali captures this sense of cultural isolation and the frustrated loneliness that accompanies it, allowing the audience to see firsthand the impact that unfounded judgments have on those who are at their receiving end.

Green Book is a timely film in today’s political climate, asking its audiences to confront the unchallenged, unfounded “truths” that we blithely accept about people from cultures not our own—truths that, upon further examination, are often revealed to be little more than narrow assessments. Inherent in such an examination is an openness to being proven wrong about our understanding of the world. Through his experiences of getting to know Dr. Shirley and of witnessing the unfair, hateful treatment he receives, Tony’s own heart is gradually opened to the truth that he was, quite simply, wrong. He realizes that he has been similarly unfair (if not outright hateful) in his own assessment and treatment of African Americans, and this realization changes him. It converts him.

The questions for us the audience remain: Are we humble enough to recognize the moments when we have made unfounded judgments of others? Are we open to being proven wrong in our assessments? Are we capable of conversion and reconciliation?