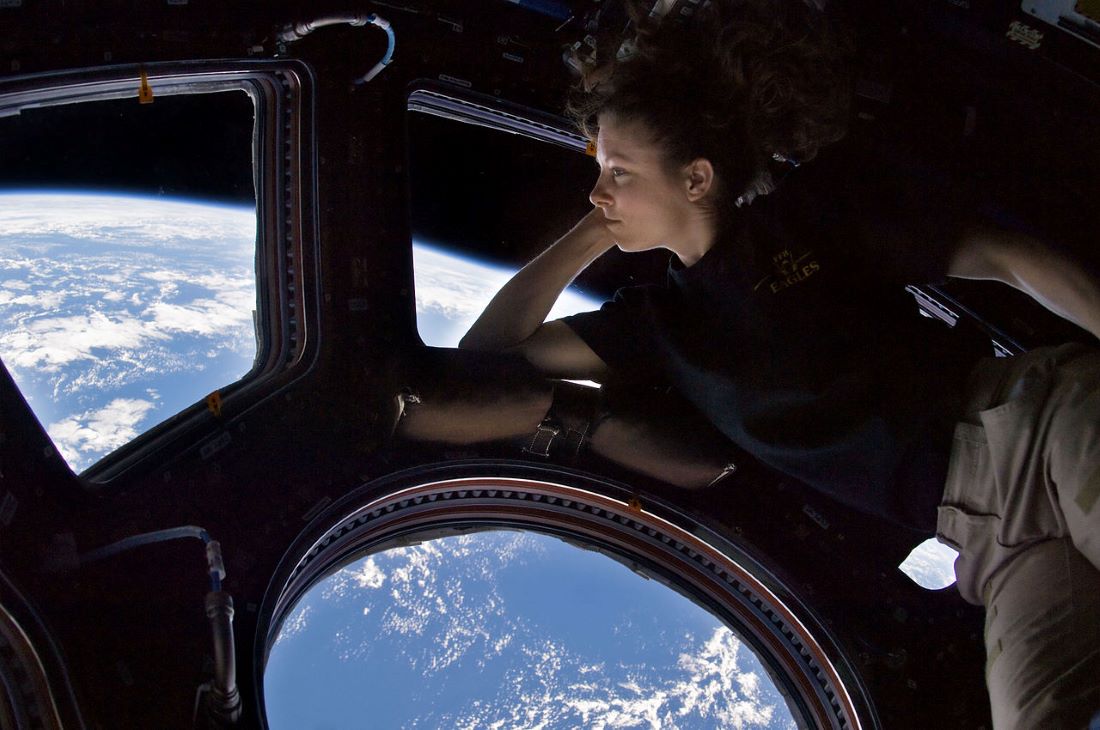 It seems to me that awe—that profound religious primal experience—has faded from the modern form of religion. Awe is a reaction to the ambivalent character of the sacred, the holy, that paradoxical unity of opposites, complexio oppositorum, as Nicholas of Cusa described God. The holy is mysterium tremendum et fascinans—both enticing and terrifying. The biblical concept of God as an inapprehensible mystery (let us recall the Book of Job or the story of Abraham’s sacrifice) has been gradually and inconspicuously replaced by the banal image of a God who lacks any dark side.

It is precisely this one-dimensional and monochrome conception of God as “only good” that was criticized by Nietzsche and Jung, for example. If we take the biblical image of God seriously, then we have to agree with them: the God of the Hebrew Bible, in particular, radically transcends our human notions of what is good and evil and is anything but a kindly old man behind the scenes of the world, from whom we already know in advance what to expect. However, this banal one-dimensional god, the good-hearted old fellow in Heaven, continued to outweigh the horror element in religion: the terror of Hell. Medieval and particularly baroque fantasies about underground torture chambers and stinking devils around a cooking pot for boiling sinful souls have not disappeared even from modern-day popular piety or from the repertoire of popular missionary homilies. When we consider the history of fear we Christians ought to be very humble: let us not forget that the Catholic Church also tragically got its values mixed up, alas, and instead of “sacred awe,” it taught fear, and that a certain type of Protestantism, particularly Calvinist puritanism, introduced into the European soul the virus of profound anxiety.

Eventually the traditional images of Hell were overshadowed by experience of the tragedies and horrors of the twentieth century. In their concentration camps regimes that promised Heaven on earth created such a Hell that traditional religious descriptions of Hell became laughable. At the same time, even the banal image of God as only good (as a guarantor that what people regard as good would be victorious) ceased to be credible in the face of these tragedies.

It is good that fear of Hell has now disappeared from Christianity. We continue to hear laments that priests no longer preach about Hell and that the Church has even “closed its eschatological counter.” Well, I’ve heard a few sermons about Hell, but after them I’ve always said that silence would have been preferable; this is because rather than telling us about eschatological realities, the preacher inadvertently gave us far too much detailed information about his inner demons and their shenanigans in the dark corners of his own subconscious. Far healthier, it seems to me, is the sort of piety expressed on an old Czech hymn: “O, God, I love Thee not / Out of any fear . . . Yea, were there no Hell or Heaven / Yet would I love Thee still.”

While the present-day popularity of exorcism and exorcists proves that people are aware in some way of the presence of the “demon of fear” in our culture, I doubt that the mechanical application of ancient church rituals would provide adequate and sufficient therapy. I would sooner trust Jesus’s challenge: “Repent—change your way of thinking!”

And yet to go on forever sidestepping the issue of the immense mystery of evil (mysterium iniquitatis) would be to devalue Christian hope, turning it into a pious version of the socialist hallucination about paradise as a product of unstoppable world progress. From the doctrine of freedom and from our belief that freedom is the greatest gift given to man by God, who respects it unreservedly, it logically follows that God cannot force human beings to accept salvation, forgiveness, and mercy. It is possible, in theory, that someone, through a profound desire for “God not to be,” could assert this perverted wish so consistently that he really would fatally elude God and condemn himself to eternal alienation and separation from him. We are simply forbidden to assert with certainty about any actual person that in his case this tragic possibility has become a reality.

The Church offers us a view “into Heaven.” It tells about countless people who came to a victorious end and found their rest in God, and recalls them every day in its liturgy; but it has not been authorized to provide a specific account of what goes on at the other end of the eschatological spectrum, including whether it is empty there, or overcrowded. The Church declares resolutely that the visions of those—saints or not—who thought they had lifted the veil of that mystery are “private revelations,” which can only commit visionaries themselves to believe them. Pious projections of personal notions onto the closed door of eschatological mystery not only led to baroque fantasies about infernal torments being discredited, but also to the reluctance of believers nowadays to even think about such matters. However, we should not rashly regard such reluctance, which is a reaction to centuries of mental terror in sermons about “last things,” as loss of “belief in eternity,” let alone loss of faith as such.

If belief in last things is divested of the notions that it really has grown out of and which really were too small for it, then it can be clothed in a simple gown of hope. But even if it remains simply naked faith, it need not be ashamed.

I doubt we will ever discover all the causes for the shaking of our world or why our ideas about its foundations and Creator have been thrown out of kilter. As I have already mentioned, I resolutely refuse to attribute responsibility for this to science or modern scientific discoveries, let alone the changes in our image of the world that flow therefrom. After all, the stability offered by religion is not essentially based on “conviction” or on ideas about the world (these being the field of science and philosophy) but on existential experience of anchoredness, on faith. But how many people were capable of anchoring their faith deep enough to prevent its being shaken by the waves and whirlpools that dramatically rocked the ship of European civilization in the storms and changes of the last century?

I really can’t imagine why the changes in the image of the world, humankind, and culture occasioned by modern biology, physics, cosmology, depth psychology, critical historiography, religious studies, and other scholarly disciplines would shake belief in God if that faith was anchored more deeply in the core of human existence and was not equated with “religious notions.” Understandably, religious notions, like all human notions, are culturally and historically conditioned. They are necessarily affected by historical upheaval and the world’s cultural changes, as well as by changes in our perception of the world. Being a human social and cultural manifestation of faith, “religion” is sometimes shaken, like everything human, sometimes less, sometimes more, but why should that undermine and call into question faith as such?

Just as we have rejected the banal notion of God as a nice old fellow, we must equally take exception to the contrary notion of an uncompromisingly severe and harshly punitive god. That notion was used not only to terrify and manipulate children, and immature or infantile adults, but also to foist responsibility for human acts onto God.

The image of God punishing people with wars and disasters of the Holocaust variety still survives to a certain extent, even though nowadays it is probably more commonly found among atheists than believers; more people these days would seem to regard it as the object of criticism rather than the subject of their faith. This caricature of God also serves some people as a fairly welcome self-justifying alibi for the cheap trick they use to dismiss all religion out of hand (such a wicked and vindictive god must be rejected naturally) and by rejecting it they straightaway rid themselves of any commitment that a religious faith could entail.

The implicit assumption behind the favorite question, How is it possible that an all-powerful and good God could permit wars and the Holocaust?, is a naive image of a god whose characteristics (goodness and omnipotence) are modeled on human notions of goodness and omnipotence. The only answer one can give to this loaded question is that God’s goodness does not consist of depriving people of their freedom and responsibility, or of saving us from the consequences of human deeds and attitudes that lead to wars and slaughter.

It is also necessary to take a further step and say that the idea of a cruel or disinterestedly inactive god is a projection onto the Heavens of our own experience of human cruelty, malice, and indifference. “Goodness and omnipotence,” as we imagine them and which we find lacking in God, along with the cruelty and inactivity that we blame God for, are purely human categories.

I believe the only thing that is not a mere human projection and that we can apprehend as the manifestation of God in history is God’s commandment “You shalt not kill” and Jesus’s appeal for love and forgiveness. These are radically different values that transcend our human world of notions, expectations, wishes, and fears.

Love, as the Bible speaks about it, and as Jesus embodies it and testifies to it, is something “completely different”: it is how God is present in human history. Everything else that we people fill history with is human—all too human—and often inhuman. What God brings into history and where we need to seek him is love. I am a Christian because I have come to believe in this love.

If we want to look into the face of this love—since “no one has ever seen God”—let us look into the face of Christ. It was he who brought this radical Other into the world (expressed in the image “he came down from Heaven”) and thus understandably became a sign that will be opposed (Luke 2:34). He was the one who came to what was his own, and his own people did not accept him; but to all who received him . . . he gave power to become children of God (John 1:11–12), to be his witnesses. They too would confront evil throughout history, and no B-movie “delivering angel” would be sent down to save them, just as it was not for Jesus; the Devil alone offers angels of that kind. And yet the children of God need not fear: perfect love banishes fear.

“There is no fear in love, but perfect love casts out fear; for fear has to do with punishment, and whoever fears has not reached perfection in love,” we read in scripture (1 John 4:18), and it is preceded, just a few lines earlier, by the best-known and probably the most perfect “definition of God”: God is love. He himself is that perfect love that overcomes fear. So long as we are rooted in him through our faith and love, fear and anxiety will lose their power over us.

Featured Image: Self portrait of Tracy Caldwell Dyson in the Cupola module of the International Space Station observing the Earth below during Expedition 24; Source: Wikimedia Commons, PD. 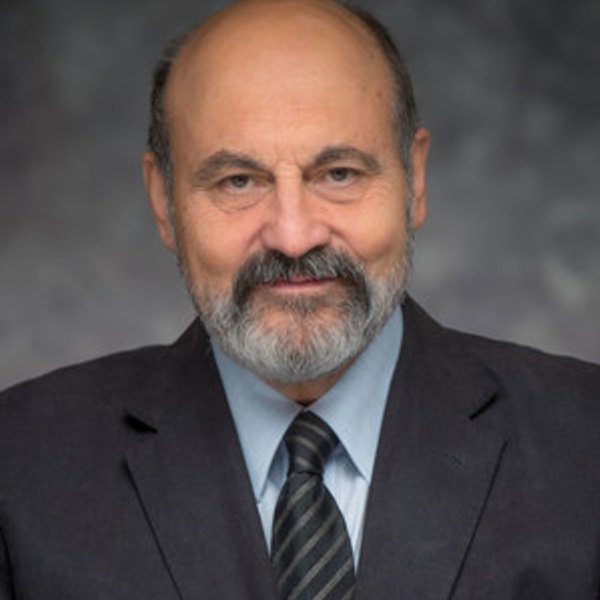 Tomáš Halík is the winner of the 2014 Templeton Prize. He worked as a psychotherapist during the Communist regime in Czechoslovakia and at the same time was active in the underground church as a secretly ordained Catholic priest. He has lectured at many universities throughout the world and is currently a professor of philosophy and sociology at Charles University. His many published translations include Tomáš Halík’s Patience with God (2009), Night of the Confessor (2012), and I Want You to Be: On the God of Love (2017) published by University of Notre Dame Press.

The Mass Is Still With Us Even Under Quarantine

Timothy O'Malley argues that Catholics can no more escape participation in the Eucharist than they can escape their human bodies. 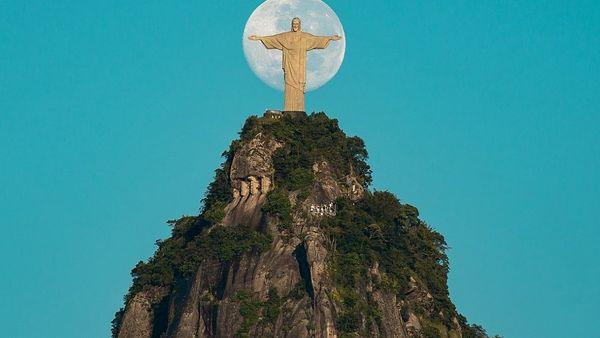