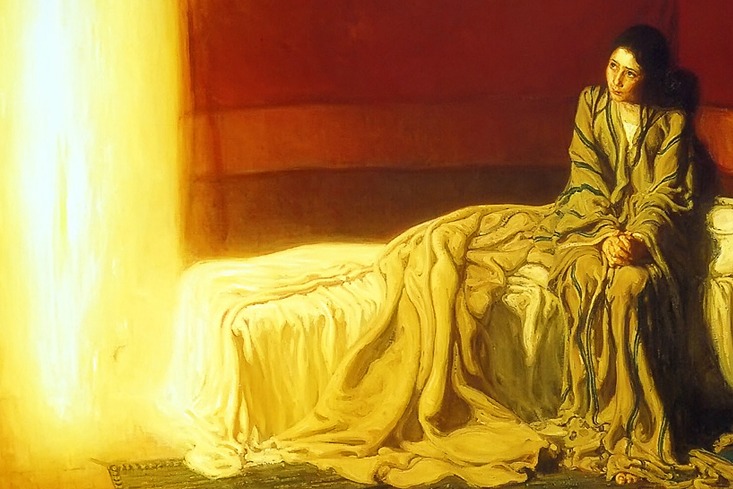 Silence is both a terrible and a beautiful thing. But how does one describe silence? Since I was born profoundly deaf in both ears, I know silence quite intimately. Even though I use a hearing device called a cochlear implant for my right ear, I am still able to encounter silence whenever I turn off my cochlear implant, and from my experience, I can tell you that the silence of the hearing world is incomparable to the silence of the deaf.

Although it is an inadequate analogy, the best way that I can describe to you the physical experience of silence, that is, the complete absence of sound, is this: imagine waking up very early one winter morning and standing outside, gazing upon the mounds of fresh, white, pristine snow. There’s no movement, no wind, no birds chirping or squirrels running around. No sound of scraping shovels, whirring snow blowers, or snow plows grinding down the street. If you hold your breath for a moment, then there’s absolute stillness. And you’re all alone. You hear . . . nothing. Nothing at all. This utter profundity and depth of silence is what totally ensconces one dimension of my human life, the sensation of hearing, like a thick, heavy blanket, leaving a seemingly insuperable chasm between me and the world.

There are days when I would prefer to retreat under the covers of this silence, when in the poverty of sound there is loneliness. This feeling often occurs when I’m in situations where I can’t understand what others are saying, and I embarrass myself by saying something completely irrelevant or by saying “What?” at least five times in a row. Or when everyone laughs at a joke that I missed, and I pretend to laugh along with everyone else. When someone says something to me, and I use the “Deaf Nod” or a variety of facial expressions and vague verbal responses to show that I supposedly understood what was said. When I stand awkwardly on the edge of a conversation, wanting so much to understand but not being able to participate. When I feel humiliated sitting on the bench with underclassmen game after game because my coaches cannot figure out how to communicate with me. When I watch movies with friends and do not understand the dialogue because there are no subtitles. When I feel apart from my peers because I don’t know the lyrics to popular songs. When I sit in the pews at Mass, not able to understand the homily; or at assemblies, unable to understand the speaker and yet clapping along with everyone else. This is loneliness for me: to see mouths moving and to hear noise, but not comprehend, and when this pain of the inability to communicate, to give and receive love, becomes too much for me to bear, I distance myself further by turning off my cochlear implant and allowing my sadness and loneliness to permeate my silence. It’s during these times that I find myself sinking into that abyss of isolation, one in which I find it difficult to see myself as a human being with an identity that is not totally overshadowed by my disability.

I often become so frustrated whenever I can’t effectively advocate for my needs, partly because the ignorance of others contributes to misunderstanding and because in my own diffidence, I fail to speak. These setbacks sometimes make me want to cry, and I frequently do. But then, I remind myself that I can’t just wallow in self-pity. That would be reinforcing societal stereotypes of handicapped individuals, supporting the notion that these people simply can’t. They are limited. Will I forever allow those “Deaf Child Area” street signs to surround my horizons, offering me a false sense of security in a superficial, confining safety? Or will I find a way to transcend society’s expectations by embracing my deafness?

Where is God in all of this? Even though some may think that I am angry with God for “giving” me a disability, I am not. It did take me a long time to realize, however, that there is beauty in silence and that I am not alone in my silence. I can find God in silence, and when I do, those are the times when the experience of silence is truly joyful.

I encounter God in my physical silence by gradually becoming aware of his constant presence, as Psalm 46 says, “Be still and know that I am God.” I also encounter God in the silence of the Eucharist. When I receive Christ’s precious Body and Blood in the sacrament, I experience a liberation like no other; my silence of isolation is shattered by God’s silence of love, just as Jesus proclaims to the deaf and mute man in Mark’s Gospel, “Ephphatha!”, which means, “Be opened!” These words that Jesus cries to me each time I receive the Eucharist penetrate my deafness and transform my silence, thus opening me to his abiding Real Presence.

How can I describe to you that kind of silence? It’s not an actual hearing of God’s voice per se, but rather, both a physical and a spiritual receiving of grace, though imperceptible. If I am attentive, however, to the particular experience of receiving the sacrament, I can make myself open to allowing that grace to flood me as a libation and embrace me, despite all of my imperfections.

Yes, silence is indeed both terrible and beautiful. It isolates yet enlightens. It is lonely yet full. It is painful yet healing. It is restless, yet tranquil. In silence, I can lose myself, but I can also find myself. Because of this paradoxical nature of silence, I am able to perceive my cross as my gift. As St. Paul says, “I will rather boast most gladly of my weaknesses, in order that the power of Christ may dwell with me” (2 Cor 12:9). I love my disability. I love my deafness for the sake of him, whose grace fills my silence, and who makes me strong, thus enabling me to emerge from the silence of isolation into the silence of love that ultimately redeems.