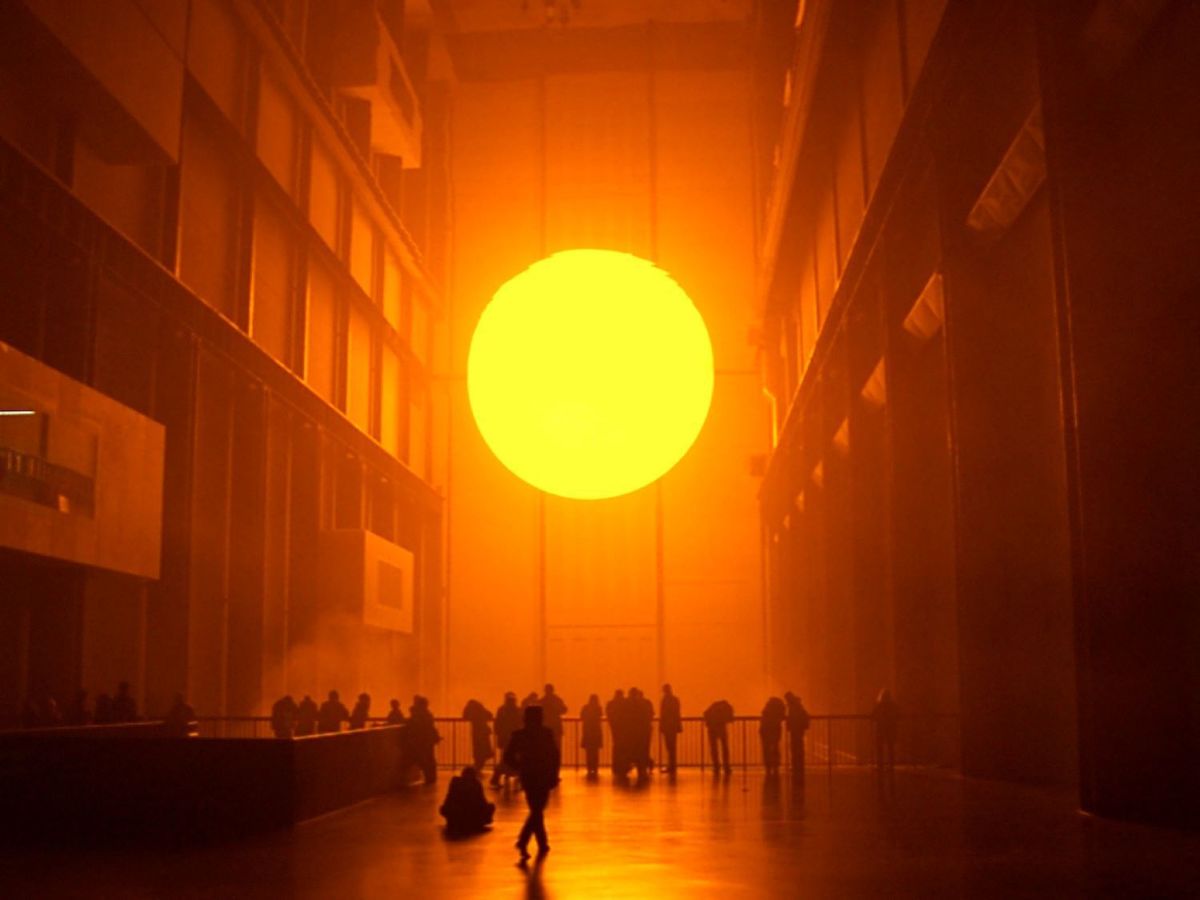 Lay followers of the current journalistic furores about evolution and God may be forgiven for imagining that they have to choose between Darwinian theory and belief in divine providence. After all, the most vociferous current contestants in this long-running debate are either atheistic supporters of evolutionary theory, or Christian supporters of the riposte position known as “Intelligent Design.”

Our purpose here is to suggest a way to avoid this false disjunction altogether. New discoveries about the phenomenon known to evolutionary theorists as “cooperation” give us fresh reasons to regard evolutionary theory and classic Christian theism as entirely compatible, indeed richly and convincingly so. To make this case, however, we first have to clear some important theological ground. Without clarity on a fundamental point, nothing can go well.

God and Evolution: No Need for a Rivalry

For the main presumption insidiously bedeviling so much debate about science and religion, even now, is that God and the evolutionary process are somehow competing for space. “God” is perceived as a bit player (a very big one, of course) whose effects somehow have to be fitted into a system that is already close to being fully explained by science. This “God” is thus either found redundant; or squeezed into some special locus of activity seemingly not yet explained by Darwinian theory; or cut down to size as a Really Big Individual who is himself in process and development—a God with a so-called “open” future. Why are all these options theological mistakes, in my view?

The reason is that, on a classical view of divine creativity and divine providence, God’s causality is necessarily unique and sui generis. It is quite unlike any specific created causal act, because it operates on a completely different level. God is creator of all that is; everything else is his creation. Thus when God causes something to be or happen, there is no reason—either logical or empirical—why this should involve any conflict with what Thomas Aquinas called the “secondary causations” that are simultaneously operating at the created level.

Let us presume that we can get our minds around this non-competitive, and bi-level, understanding of God’s relation to the world and to events in the created order. So far so good. There is no metaphysical reason why God may not be operating as transcendent undergirder and cause of the entire created evolutionary process, and doing so without obstructing, or impeding, any of the particular mechanisms of evolutionary development so brilliantly outlined by Darwin.

But the atheist detractor may initially of course find this bit of theological footwork somewhat laughable and question-begging. I may, that is, invoke Stephen Jay Gould’s idea of “two magisteria,” and declare the two realms (evolutionary processes and divine providence) as at least metaphysically compatible. But what would it take for belief in a divine providential causality to become both attractive and convincing, as opposed to merely one theological hypothesis which secular scientists, by definition, “have no need of”?

The Intriguing Patterns of Evolutionary “Cooperation”

It is here that recent developments in the mathematicalization of evolutionary theory are so suggestive and important, and especially as they bear on the evolutionary phenomenon of “cooperation.” In the last 50 years or so, game theorists have been trying to work out the conditions under which an evolutionary strategy which involves an immediate loss to an individual in terms of fitness (in a population in which another thereby gains) can nonetheless become stable and go on recurring in populations. To put it another way: such a strategy (known technically by evolutionary theorists as “cooperation”) ought not to work if pure selfishness is the sole key to success in evolutionary development.

Cooperation surely ought to die its own natural death. But in fact it does not; and in recent years the Harvard evolutionary biologist Martin A. Nowak and his associates, building on important earlier work by Haldane, Trivers and others, has identified five precise conditions in which such cooperation does work in this way. In fact this strategy works so interestingly across the entire evolutionary spectrum (from bacteria right up to homo sapiens) that Nowak would say that cooperation must be counted a third evolutionary principle alongside the classic Darwinian duo of mutation and selection.

According to Nowak’s analysis, cooperation can be shown to be a kind of contrapuntal accompaniment without which selection itself would not find constructive solutions towards increasing complexity. Darwin had already argued, in The Descent of Man, that in the case of hunter-gatherers some kind of community solidarity was favored by natural selection. But he could not precisely pin down why that happened. Now, with the aid of mathematical accounts of evolutionary processes, it seems we can.

What then do these developments in evolutionary theory mean for the discussion of the relation of God and the evolutionary process? We have to be clear and honest about a couple of things here. First, nobody can compel an assent to belief in God: it is a subtle matter of many cumulative factors—spiritual and emotional as well as intellectual. But the intellectual aspects do count, and often combine with the others.

Second, it is not part of empirical science, as such, to discuss the possibility of a God and that God’s relation to evolution. Nonetheless, since atheistic “science” often veers well into the realm of the metaphysical itself (quite dogmatically at times), it is reasonable for theology to put its own metaphysical cards on the table as well. And this is what it seems to me these recent discoveries about cooperation might do to help shift the discussion.

What we now see is that “nature red in tooth and claw” has a subtle sustaining matrix of another sort. Let us call it the rich “purple line” of sacrifice. We can now give an account of it mathematically, but the question still presses: what might it mean ethically and theologically?

It is important to understand here that “cooperation” in the technical, evolutionary, sense does not have the same evocations as it carries in ordinary language use. It does not, obviously, in the case of bacteria or cancer cells, involve intentional working together, or good feelings, or empathy towards others. As such, then, the news about cooperation in evolutionary processes is not a warm and fuzzy riposte to the story of evolutionary competitiveness or selfishness. But what it does show us is that the whole evolutionary struggle has a sacrificial accompaniment which in certain conditions creatively recurs and forms a vital part of the dynamism of evolutionary development.

And as this strategy is observed higher up the evolutionary scale we start to find accompaniments to its manifestation which are truly intriguing—the widespread “cooperative”(self-denying) activities of social insects, for instance, or the practice of a school of dolphins in surrounding a dying companion even at great risk to themselves. These phenomena may suggest that cooperation (as mathematically understood) provides a sort of evolutionary preparation for a higher, and fully intentional human altruism that can arise only once the cultural, linguistic realm is reached. In other words, ethical tendencies to self-sacrificial and forgiving behaviors, themselves productive and creative within populations, may have their preliminary roots in forms of life much lower than the human.

And that is a very remarkable discovery indeed. If there is a God, even, ex hypothesi, a Trinitarian God of compassion, providential involvement, and sacrificial love, this is the sort of evolutionary process he might well have made. Evolution delivers to us humans, made in his image, the greatest possible inheritance of responsibility: to crown those regular intimations of evolutionary cooperation, long-established and refined, with acts of intentional sacrificial altruism that now alone can save the planet itself. 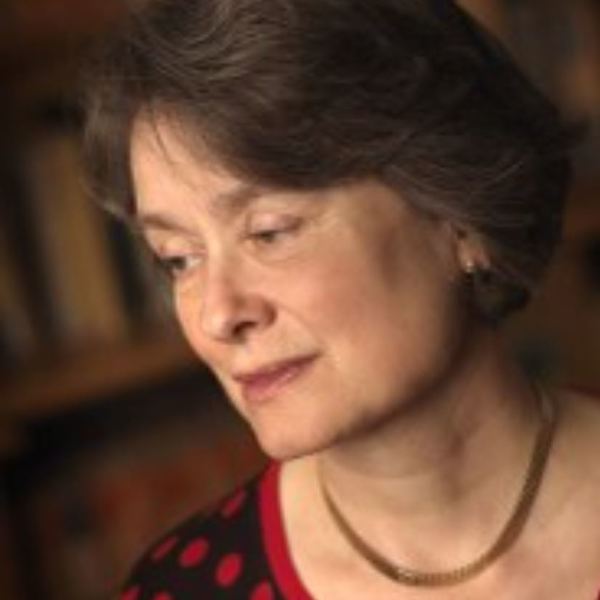 Sarah Coakley is Norris-Hulse Professor of Divinity Emerita at the University of Cambridge, and was previously Mallinckrodt Professor at Harvard, where she conducted a three-year Templeton Foundation research project with Professor Martin A. Nowak on Evolution and the Theology of Cooperation.

Julia Kristeva, Teresa of Ávila, and the Specter of Christianity 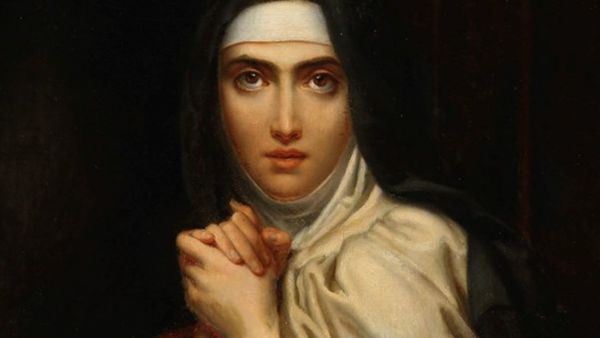