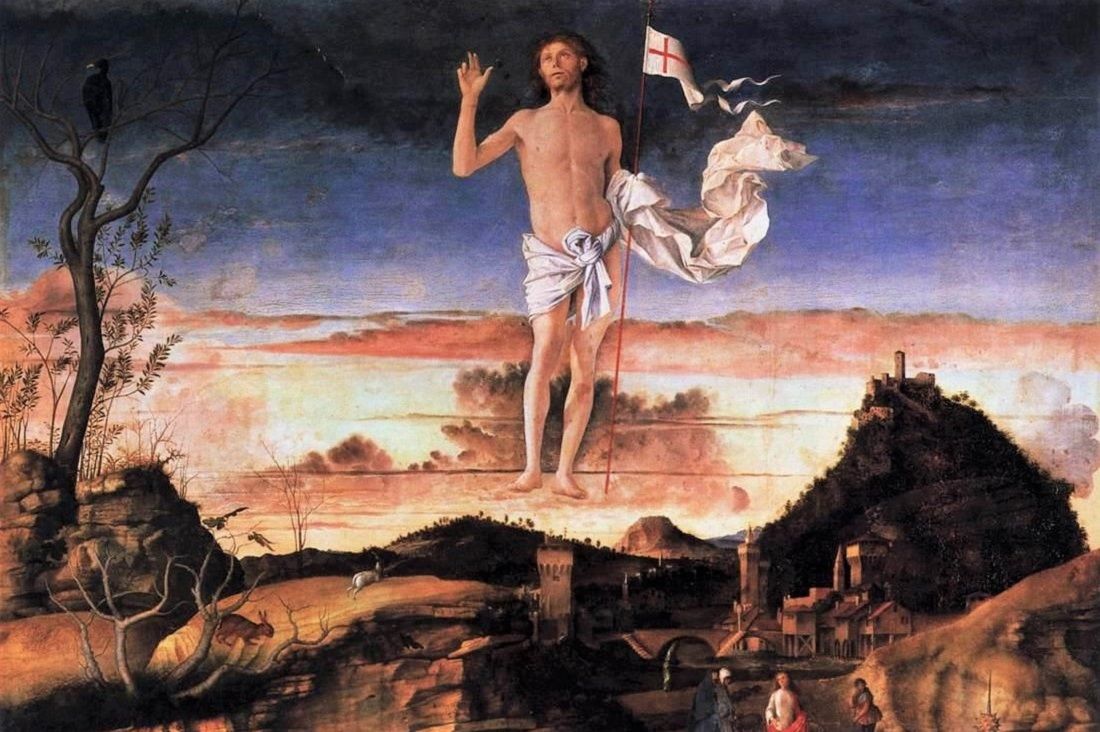 Wait a while. Christ has not yet subdued his enemies, so as to be able to triumph over them in company with his friends…
—Tertullian, Carn. Chr. 15

Since I grew up Catholic I take for granted certain Catholic teachings. The idea of a God who died an actual human death (not to mention: rose again several days after the fact) never occurred to me as something absurd.

Even today, I forget too easily that according to ordinary human logic, the idea of God being willing to take on human flesh and experience all the vulnerabilities and weaknesses that come with it for the sake of creation is laughable. In other words, I too often neglect to remind myself of the depth of God’s love for us.

The Latin Church Father Tertullian (c. 155 – 220) left us with a comprehensive scriptural reflections on these strange realities, the corporeality of Christ’s real human body and resurrection, in the treatises De carne Christi (On the Flesh of Christ) and De resurrectione mortuorum (On the Resurrection of the Dead). Scattered throughout these dense theological treatises are moments of calm meditation on the mysteries of the Incarnation, Christ’s resurrection, and our own eventual resurrection at the end of ages as a result of Christ’s own death and resurrection.

In De Carne Christi, Tertullian pays particular attention the Nativity and thus the Incarnation. Tertullian’s attention to the reality of Christ’s Nativity and Incarnation prove that God did not only pretend to be human. The Incarnation was not a myth, lie, or any otherwise deceptive thing. Additionally, the Incarnation is not a break from previous means of revelation, but rather, Christ’s true flesh is a recapitulation of the whole economy of salvation, divine love, and providence. If you reject Christ’s Nativity (i.e. the doctrine of the Incarnation), a reality clearly indicated by Scripture and Tradition, then you reject the literal, incarnate, and historical meaning of Christ’s whole life, as well as his death and resurrection—and all of the other mysteries of the Christian faith for that matter.

If Christ was not truly born of the Virgin Mary, then he did not truly take on human flesh nor did he shed his blood for the salvation of all of humanity. Plus, if we reject the Virgin Birth then creation is not in fact governed by benevolent providence and in the end love does not rule all things, death ultimately triumphs over life. And because of his willingness to invest human flesh with a deeper meaning by being born and taking it up for himself, God also shows that the flesh is inherently good and dignified. And through his death on the Cross—a most foolish act according to the wisdom of the world—and his resurrection, God shows that all human flesh is certainly worthy of resurrection and capable of inheriting eternal life.

So why then did Christ become man? Tertullian says that “man’s salvation was the motive, the restoration of that which had perished” (Carn. Chr. 14). There is something vaguely ecclesiological and explicitly eschatological about that statement. Tertullian seems to be hinting at how Christ did not just fall out of the sky and fix everything wrong in the world.

The Incarnation is, in some sense, an invitation for all of us to participate in God’s love and his providential plan for creation. But Christ’s work is not finished as of yet, as far as Tertullian is concerned. God’s plan and his love for us did not end after Christ’s resurrection. This idea plays into Tertullian’s belief that the bodily resurrection will occur all at once for every person at the end of time and that we will be eternally united with him, providing that we live with faith in and hope for his promises and always strive to grow in love and to turn away from sin.

De resurrectione mortuorum, building on Tertullian’s forceful upholding of the doctrine of the Incarnation in De carne Christi, demonstrates the coherence of the Christian narrative through a potent argument for the resurrection of the flesh as a direct result of Christ’s own resurrection. Tertullian argues that the resurrection of the dead, properly understood, comes from God’s inherent goodness and love for all of creation. There was no reason that he should empty himself, taking on human flesh, save that he wished to learn our sufferings so that we, as the universal Church espoused to him by his blood, might learn to attain complete eternal union with him in thanksgiving and in imitation of his love.

He begins this treatise by saying that the “resurrection of the dead is the Christian’s trust. By it we are believers. To the belief of this (article of faith) truth compels us—that truth which God reveals, but the crowd derides, which supposes that nothing will survive after death” (Res. 1). Based on the preceding treatise, we can assume that Tertullian is able to say that the resurrection of the dead is the trust (fiducia), or perhaps the faith, of Christians because it is a direct consequence of the resurrection of Christ.

To believe in the resurrection of the dead is to accept God’s self-emptying love revealed fully at the crucifixion of the Word incarnate, who rose again in fulfillment of the prophecies of scripture. Furthermore, to accept this doctrine is to believe that love does in fact govern all of creation and is the guiding force of God’s providential order. This is the truth that God reveals (aperit) and that compels believers.

Later, Tertullian states that “so true is it that flesh is the very condition (cardo) on which salvation hinges” (Res. 8). He goes on eloquently:

Tertullian wants to say that although flesh seems a useless and unworthy substance as far as God is concerned, the flesh is ultimately the crux of the economy of salvation—insofar as it is what we share with the Word himself. Not to mention that Tertullian’s striking metaphor of the flesh feeding on the body of Christ—that is to say, our receiving the Eucharist in the flesh—also demonstrates that Tertullian believes the flesh is an accommodation that allows us to experience the grace of the sacraments.

The work of redemption occurs in the flesh because the identity of a person is only traceable in the flesh. Without the flesh, there is no story and no continuity in the narrative of redemption. Redemption occurs in history, in public, and in time. Thus, sacrifices in the flesh, like the ultimate sacrifice of Christ on the Cross, are meaningful because things that happen in and to the flesh have genuine meaning for ourselves and for those around us. That God planned from the beginning to take up human flesh for himself in order to make a sacrifice on our behalf, that defies logic and exceeds the limits of earthly imagination certainly demonstrates the inherent dignity of all of creation and its providential order. The flesh is not just part of the story of human life, in some sense it is the story.

Tertullian begins his conclusion to his thoughts on Christ’s flesh and resurrection with a bold statement of faith:

And so the flesh shall rise again, wholly in every man, in its own identity, in its absolute integrity. Wherever it may be, it is in safe keeping in God’s presence, through that most faithful ‘Mediator between God and man (the man) Jesus Christ,’ who shall reconcile both God to man, and man to God; the spirit to the flesh, and the flesh to the spirit (Res. 63).

Perhaps the best way to summarize Tertullian’s message in these two treatises is to say that if you want to understand what it is to be a human being and who God is, all you have to do is look at Christ. God himself is the only reference point that allows you to interpret your life in a way that is coherent. When you allow yourself to be conformed to God’s plan in this way, you begin to see how everything about human life, the flesh included, has meaning.

With regard to the flesh specifically, you begin to understand how the body has inherent dignity and has a privileged place in the soteriological economy as the locus of our spiritual maturation and it is for this reason that “the flesh will rise again, all of it indeed, itself, entire” (Res. 63). And thus, after reverently and patiently waiting for three days, we finally celebrate Christ’s subdual of his “enemies,” sin and death, on Easter Sunday. We meditate on the unfathomably profound love that was poured out for us so that we, his “friends,” might eternally share in the triumph of the Lord’s bodily sacrifice at the end of time (Carn. Chr. 14). 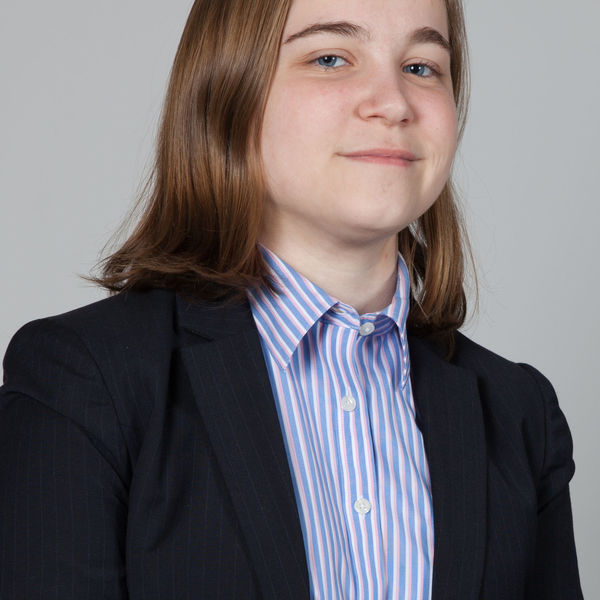 Irina Celentano (ND ‘16) is a Master of Theological Studies student at Duke University. Her research is focused on Patristic exegesis and the development of doctrine during the 2nd through 5th centuries.