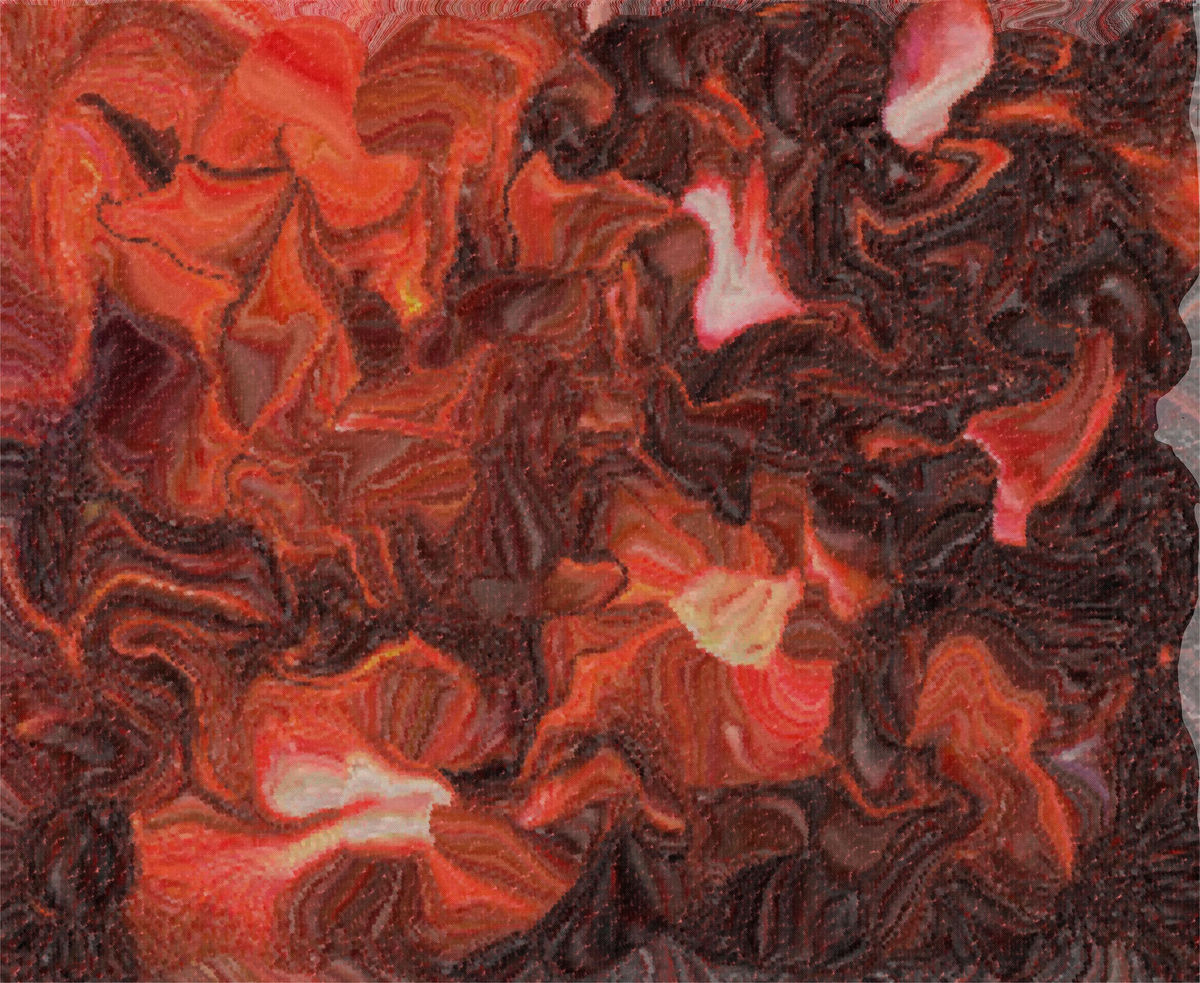 Under normal circumstances, I would have found it easy to resist the impulse to comment on your recent brief and public letter to Pope Francis in The Huffington Post  in which you “implore” him “to call for an end to the religious ritual” that has been a part of the Catholic Mass for centuries—that of repeating the words of the Centurion to Christ “Lord I am not worthy to have you enter under my roof…”—an expression you declare to be “one of the most destructive phrases in human history.” I don’t usually take the time to comment on the conversation taking place in the blogosphere.  But I found I had to make an exception in this case.

My hesitancy to enter the fray was overcome by the new escalation of violence that has taken our country—indeed the entire world—by surprise over the last several weeks. Even with the increasingly commonplace reality of terrorist attacks and rising homicide rates, the vicious attack abroad in Nice and the tragic events at home in Baton Rouge, St. Paul, and Dallas have made everyone stop and ask, finally: What is going on?

It was in light of this critically urgent situation that I decided I should write to you. For what caught my attention in your essay is your claim to offer a diagnosis of the root cause of these events. The “root of all evil behavior,” you declare, is any utterance that perpetuates the notion that “I am not worthy.”  Given this as a first premise, your proposed solution to eradicate from public speech any and all such utterances, including and in particular, the ancient repetition of the Centurion’s phrase during one of the most sacred moments in the Catholic Mass, certainly follows.

Now, in the interests of full disclosure, when I was in my teens, and even into my very early twenties, I felt like you do about this phrase during Mass. In fact, I may as well admit that I refused to say it. I was insulted by it. Unworthy? Me? No way. But that was before I came to understand not so much the phrase itself as anything about its object. That was before I came to see and accept the truth about myself: that I am a bit of a mixed bag, with both gifts and flaws, a person who is constantly moving from potency to act in my quest for self-realization. That was before I realized how long it takes to really grow up. And it was well before I had an inkling about what St. Paul says in 2 Corinthians 12: that he had learned that God’s grace is sufficient for him, for in him God’s power is made perfect in weakness.  “I will rather boast most gladly of my weaknesses,” says St. Paul, “in order that the power of Christ may dwell with me. Therefore, I am content with weaknesses, insults, hardships, persecutions, and constraints, for the sake of Christ; for when I am weak, then I am strong.”

I hope you won’t be disappointed when no one at the Vatican follows up on your proposal. I urge you not to take it personally. The Holy Father is really quite busy just now. But also, as many of the comments on your article reveal, a PhD in theology is not required to spot the flaws in it. Your theory reflects many of the same errors that characterize our culture. Perhaps most especially it echoes the lasting effects of the modern period’s obsession with a manifestly maniacal individualism, one cut off from the reality of community life and the possibility of contact with the transcendence of God. It has led us to a point in human history when, at least in the West, the only thing that matters to us is our own selves, our needs, our “rights,” our “choices.” We rise up against every perceived “micro-aggression” and bristle at any hint that we might not be the center of the universe.

So, there is much to discuss. But I will limit myself to some brief reflections on the phrase that seems to bother you so much. Let us consider what it really means to say “Lord, I am not worthy that you should enter under my roof. . . .” The odd thing here, Ms. Horner, is that the very thing that you argue is the root of the problem is, in the mind of a Catholic Christian, actually the solution. So you will see in what follows that I am offering my own diagnosis of what might ease the current crisis.

Though you summarily rejected the comments people offered you about humility in an updated author’s note, I am afraid that is where I am headed here. Let’s start with the meaning of humility and its place in arriving at that healthy sense of self-esteem you deem so essential for our culture to heal. The humility that the Catholic Christian seeks has absolutely nothing to do with the “self-denigration” you seem to think it requires. By definition, the starting place and foundation of the virtue of humility—which St. Augustine claimed was the quintessential Christian virtue—is the truth about myself. And the genuinely humble person understands herself to be, in the first instance, a creature, a person made in the image and likeness of God. Her dignity and her worth flow from this fact and not from any personal accomplishments or earthly achievement.

Humility is that virtue that permits her to acknowledge both her gifts and her weaknesses, secure in the knowledge that she is the recipient of the gift of life and that, in fact, all is gift. Though all children begin as little self-centered egoists, as she matures, the child can be taught—or will eventually learn on her own—that her fundamental posture toward this generosity must be a profound gratitude.

Ms. Horner, it is this very moment during the Mass that is, for me— at this point in my life—actually the most deeply meaningful part of the celebration. When I utter the words that come next—“only say the word and my soul shall be healed”—I understand myself to be reciting a prayer that invokes the entire economy of salvation from Genesis to the Book of Revelation. For Jesus’ birth prefigures his death and Resurrection, just as this prayer— at this point in the Mass—prefigures my reception of the Eucharist, the Body and Blood of Christ available to me now because of his sacrifice, *a gift to me that I did not merit and cannot earn. Ms. Horner, I don’t know if you have any children. But I can tell you that, if my daughter’s life were threatened, I would sacrifice my own for her sake – and the question of her “worthiness” would never enter my mind.[1]

These words, "only say the word and my soul shall be healed," spoken in preparation for the Divine encounter, predispose me to receive the Word of God. They are not the moment of intimacy itself. They turn us toward the unfathomable reality that is about to take place. To turn toward heaven in an act of supplication, to ask that the Word to be spoken in order that I may be healed, is a prayer to the Father that he speak his Son into me – as he spoke it eternally, as he spoke it into the world at the birth of the Christ. This Word is spoken every day in the Eucharist – it is present in me in every moment of intimacy with our Lord.

Now I admit, all this can be hard to grasp because it points to another moment where that element of mystery—so hard for people to take seriously in a post-Kantian world—enters into the mix. Indeed, it’s no surprise that such a phrase is problematic for those who have accepted the idea that knowledge is bounded by the limits of sense experience or empirical proof. Or for those convinced that the mystery of God can be “unveiled” by simply searching within—that Truth itself can be reduced to what can be cognized by me. But these convictions do not render the knowledge of the Christian nonsensical or her faith groundless. The meaning of the entire phrase that troubles you cannot be understood apart from the sacrifice of the Mass.  And the sacrifice of the Mass cannot be separated from the life of the Triune God who operates in human history and seeks us out to lead us home.  Yes, it is true. We actually believe that.

The hardest thing for the contemporary mind to grasp in coming to understanding the Christian is that these paradoxes are all over the place—and that we actually take pleasure in living in them, fully. They call us into question about who we are and where we are going. They lead us to pause before the mystery of our being as well as that of others. You see, Ms. Horner, none of us can be reduced to anything that would really “add up” to the merely psychological construct you refer to as self-esteem.  No calculus would be adequate, for we are so, so much more than that.

If you do hear from Pope Francis, I suspect he will remind you that mercy presupposes a recognition that there is a need for it. If the person feels no need for mercy, how could he be expected to really receive it? Each of us must somehow come to the realization that we are in need of God’s mercy and that mercy is something that should also characterize our exchanges with our neighbors—that we must also give it ourselves if we are to receive it. How can there be genuine solidarity among people if the only thing any of us are interested in is merely a robust sense of self-esteem? Solidarity and peace will come about only when, as St. John Paul II tells us in The Gospel of Life, “the paradoxical mystery of the merciful justice of God is shown forth.”

The late Holy Father also provides a diagnosis of the current problem. He declares that at the root of every act of violence is an act of compliance with the whisper of the evil one. Ms. Horner, it seems so very obvious to me that it is this mostly unnamed evil—the evil of sin—that must be exposed and combatted. Even the great Lao Tzu himself, the ancient Chinese philosopher and founder of Taoism, tells us that “the beginning of wisdom is to call things by their right names.”

I find it ironic that perhaps the greatest obstacle we face in coming to terms with the violence now escalating in our world is your assumption that it can be fixed by merely attending to the self-esteem needs of others. We must have the courage to call the source of it by the right name. And, as Msgr. Ronald Knox said in the early 20th century: “It is so stupid of modern civilization to have given up believing in the devil when he is the only explanation of it.”

I look forward to hearing from you.

[1]Editors' Note: The text running from the asterisk to this annotation was added in an update by the author on August 2, 2016. 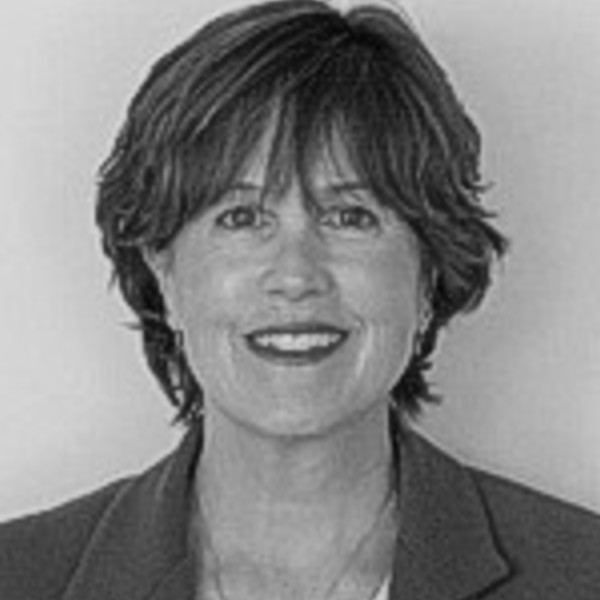 Deborah Savage teaches philosophy and theology on faculty at the St. Paul Seminary School of Divinity at the University of St. Thomas in St. Paul, Minnesota. She is also co-founder of the University's interdisciplinary think tank Siena Symposium for Women, Family, and Culture, created in response to St. John Paul II's call for a new and explicitly Christian feminism. Savage worked in the business sector for 25 years before pursuing a doctorate.