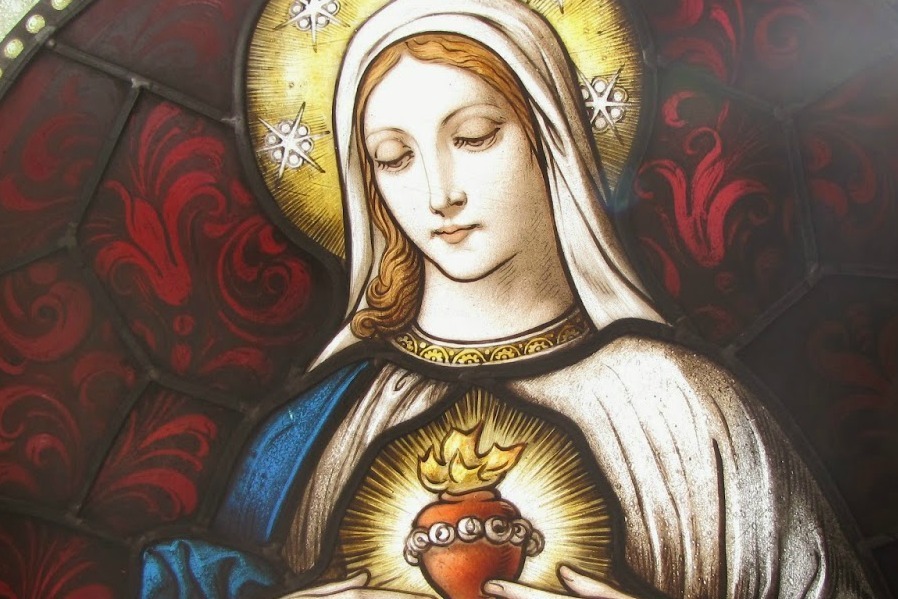 The recent annual conference of the Mariological Society of America, held from May 17 – 23, 2016 at the Franciscan Retreat Center in Colorado Springs, focused exactly on this topic. With what follows I would like to give a brief overview of the presentations given by some of this country’s most eminent Marian scholars. The theme Devotion to the Heart of Mary: Theological Foundations was chosen in light of the centennial of Mary’s Apparitions in Fatima, Portugal, where Our Lady called for the consecration to her Immaculate Heart.

Several papers addressed the message of Fatima. Msgr. Charles M. Mangan, spoke on “The Consecration of the World to the Immaculate Heart of Mary as carried out by the Venerable Pius XII on October 31, 1942.” While this Consecration did not fulfill the two requirements uttered by Jesus and carefully expressed by Sister Lúcia, its successors eventually included the Consecration of Russia to Mary’s Immaculate Heart by the Pope in union with the Bishops of the world.

Msgr. Arthur B. Calkins, S.T.D., offered a theological explanation on “Reparation to the Immaculate Heart of Mary.” A topic barely considered in modern theology, but strongly brought to the fore in the apparitions at Fatima and the subsequent apparitions to Sister Lúcia, the speaker showed that the devotion of reparation to the Immaculate Heart of Mary is practiced in the Church, encouraged by mystics, and sanctioned by the Holy See.

Fr. Dwight Campbell, S.T.D., focused on “Theological Foundations for Eucharistic Reparation to the Hearts of Jesus and Mary in the context of messages given to St. Margaret Mary and at Fatima.” His paper examined the teachings of Popes Pius XI and of St. John Paul II, as well as the writings of more recent authors who have treated the topic of reparation to the Two Hearts.

Mr. Michael O’Neill, aka Miracle Hunter, took us on a journey to a number of approved apparitions that reference the Heart of Mary as a central element or theme beyond the famed visions of Fatima.

A number of speakers presented their research on the foundations of the devotion to the Hearts of Mary and Jesus. Virginia Kimball, S.T.D., investigated “The Heart of Mary in Light of a Biblical Anthropology of the Heart: Mother and Mystic.” Kimball, the President of the US Ecumenical Society of the Blessed Virgin Mary, emphasized that understanding the anthropology of Hebraic, biblical culture provides a mystical depth to the the Heart of Mary.

James K. Hanna, M.A., a STEP facilitator, spoke on “The Patristic Pre-History of Devotion to the Immaculate Heart of Mary.” While Devotion to Mary’s Immaculate Heart emerged in the Middle Ages and flourished after the apparitions at Lourdes, Rue du Bac, and Fatima, Hanna showed that its roots run deep in tradition and are evident in the writings of the Fathers as well as the texts of the ancient liturgies.

Brother Lawrence Scrivani, SM, led us to an “Understanding the Immaculate Heart of Mary in the Context of the Two-Hearts Alliance,” which appears in trace form with the Latin Fathers Ambrose, Augustine, and Jerome. The devotional development in medieval spirituality and the theological development during the 16th century take explicit form only after the Fatima apparitions.

An important promoter of the devotion to the Heart of Mary was the French School of Spirituality. MSA’s president Robert Fastiggi, PhD, spoke on the “Theological Foundations for Devotion to the Hearts of Jesus and Mary according to St. John Eudes (1601-1680).” The French priest and theologian is best known for the work The Admirable Heart of the Most Sacred Mother of God published shortly before his death in 1680. In this treatise Eudes emphasizes that Mary’s heart is so intimately united to Christ’s that they form one mystical heart.

Deyanira Flores, S.T.D., entitled her talk “By Mary’s Heart we love the Heart of Jesus: The Teachings of St. Louis M. de Montfort on Mary’s Heart.” She elaborated on de Montfort’s (1673-1716) rich and complete doctrine on Mary’s Heart, its relationship to Jesus’ Mystery of the Incarnation and Redemption, which is relevant for our spiritual life, even today.

De Montfort famously asserted that the quickest and easiest way to the Heart of Jesus is total consecration to the Heart of Mary. Maura Hearden Fehlner, PhD, observed that Catholics of the third millennium are surrounded by subtle, new Gnosticisms that challenge true, Christian gnosis. In her talk titled “To Know Salvation: Marian Consecration as Antidote to New Gnosticism,” Hearden Fehlner argued that Marian consecration refutes Gnostic errors and fulfills Gnostic longing.

Fr. Thomas A. Thompson, SM, from The Marian Library/International Marian Research Institute of Dayton, OH, directed our attention to “The Cordimarian Spirituality of St. Anthony Mary Claret (1807-1870) and the Claretians.” Proposing the Heart of Mary as the symbol of her love and dedication, the Claretians promoted devotion to the Heart in their publications, and after 1917, helped stimulate the consecration to the Immaculate Heart of Mary, as requested at Fatima.

This short survey makes it evident that research on and devotion to the Heart of Mary is alive and well. The call emanating from Our Lady’s Heart beckons for a loving response from other hearts, and adds thereby new elements and nuances to Marian veneration and imitation. It equips Marian devotion, as it were, with heart beats. Theology, particularly Mariology, needs to listen to this Heart and learn to distinguish passing, atmospheric pulsations from the sounds emanating from this Heart.