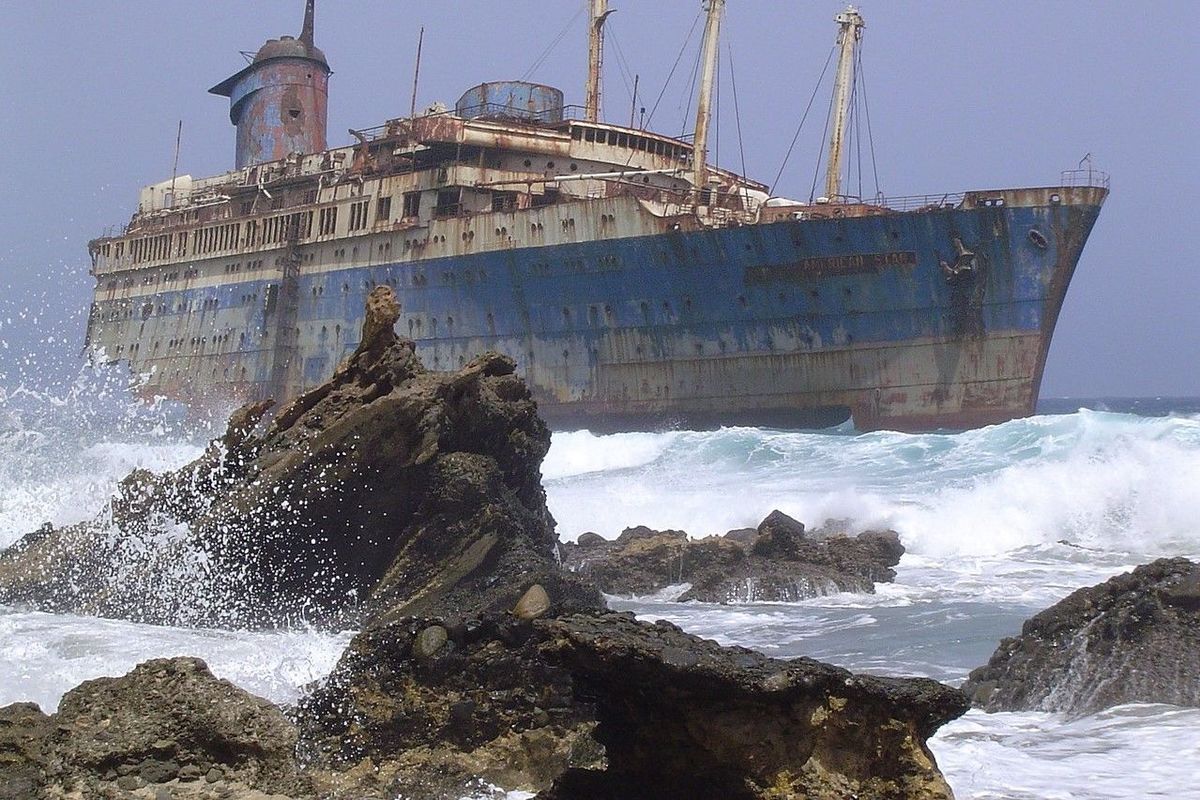 Yoni Appelbaum has argued, in an essay referencing the notable decline of American civic life, that the habits of democracy are no longer being practiced. Through the lens of Alexis de Tocqueville and Harvard social scientist Robert Putnam, Applebaum contends that democratic life requires a developed and habituated practice of forming associations which, historically, has been a characteristically American trait. This historical fact reveals something fundamental about democracy that is so often difficult to admit: democracy is “unnatural.” Among others, one reason for this stems from the fact that our desires often preclude us from being able to get outside of our own inner world. Coupled with this, the rising contempt for democratic institutions, grounded in a lack of participation in the “rituals of democracy,” has helped usher in a deep-seated neglect of long-established democratic precedent, norms, and rules.

There is much to agree with in Applebaum’s astute diagnosis and prescription. A nation of mere passive observers, says Applebaum, will eventually give way to the tides of distrust and resentment. This thesis continues to provide some clarity to the reality of President Trump’s election in 2016. Many American citizens felt that the current political system built obstacles towards usurping their hard work and the desire to take care of their own families and local communities. As Carson Holloway recently highlights, Trump voters are (for the most part) not giving in to the wrath of identity politics but have a much deeper concern for the centrality of place. The political agenda of urban and coastal elites has helped to deteriorate the practice of democratic self-government, which Applebaum says resides in “harmonizing discordant interests and empowering constituents.”

With that being said, a deeply unanswered question haunts Appelbaum’s analysis, along with many other commentaries regarding the pervasive internal threats to democratic life. The haunting pervades through in terms such as “democratic self-governance,” and “democratic procedures and norms.” The unsettling question can be posed in the following manner: is there a standard or paradigm against which democratic procedures and self-governance can be measured? Consider, for a moment,  Applebaum’s argument about the main focus of school-related associative habits: “What students are doing—club sports, student council, the robotics team—matters less than how they’re doing it and what they’re gaining in the process: an appreciation for the role of rules and procedures in managing disputes” (Emphasis mine).

This unsettling question perhaps most notably arises in Applebaum’s definitive prescription: the historically frequented practice of democratic self-government and the forming of associations that are the bedrock of American life will need to be retaught in our schools. This is true, but only in one respect. Club sports, student council, or any plethora of extracurricular activities are vital for young men and women because the experience teaches them how to “harmonize discordant interests.” Tocqueville says much the same regarding the effects of joining together with fellow citizens: “From the moment when common affairs are treated in common, each man perceives that is not as independent of those like him as he first fancied, and that to obtain their support he most often lends them his cooperation.”[1]

Education and the Progressive Liberal Agenda

The experience of learning these habits are an avenue to fostering genuine neighborliness with our fellow citizens. However, we must not neglect the precise type of education offered in our schools today. Many universities in America, and elite ones in particular, are inculcated with a philosophical worldview that is predominantly progressive. By progressive, I mean primarily two things.

These two points also highlight another fundamental feature of contemporary education: the continual emphasis upon political and social activism. Civic engagement, in many educational contexts, has come to be the primary vehicle for fostering an account of the good that runs contrary to human nature or any higher principle besides the human will. The French political philosopher Yves Simon argued that liberal political philosophy makes democracy difficult to sustain, because:

The principles of society and what its end is are not above deliberation and must be thrown into the universal competition of opinions. This is the jeopardizing of the principles without which social life no longer has an end or form.”[2]

To put Simon’s argument in a different way, we could say that democratic norms and procedures are not bias-free. In fact, neutrality is impossible. Although liberal proponents claim that “public reason” is the normative basis for modern democracy and “fairness,” it is more so the case that the current liberal orthodoxy really is an intellectual and religious creed. This truth explains why there has been significant public discussion, and expressed discontent, regarding liberal orthodoxy and its social, political, and economic stronghold. Citizens feel anxious that at any moment, regardless of where they stand on the political spectrum, they could be caught violating the liberal logic. As J. Budziszewski observes, citizens feel a deep unease because public discussion seems evermore to lean “only to those views that Liberalism . . . deemed acceptable.”

The decline of civic life in America will require relearning those habits of association that are necessary for democratic life to flourish. Tocqueville observes that we are “not as independent of his fellow as he used to suppose and that to get their help, he must often offer his aid to them.” While this is the case, practices are not enough. The reason why is that all practice is based upon a theory or account of reality, and ultimately upon what it means to be human. These accounts are either true of false, in accord with a genuine anthropology or not. False anthropologies and political ideologies can never be fertile soil for fostering communal life. In fact, as Simon observed, they tend to undermine the very form and purpose of social life itself.

What is needed are not only practices that foster community, but an account of our democratic practices in light of something other than democratic procedures and norms themselves. Such an intellectual activity is not some strange maneuver to undermine democracy, but the affirmation that practice is dependent upon a set of presumptions (implicit or explicit) that have substantive moral, philosophical, and religious content.

Theory is necessary as a way to protect the life of citizens, by primarily giving them a lens of humility. A theoretical order is the necessary foundation for understanding what political life can provide and what it cannot. Our democratic way of life certainly has many noble aspects to it. And yet, this should not preclude citizens from seeing its serious defects and disorders. The great temptation for rehabilitating practices is not that they will lack some substantive notion of the good. As mentioned already, this is illusory. The real threat with respect to American and democratic practices is that they would be based upon a theoretical account of human nature that undermines the practices themselves. Democratic practices or norms can then become the paradigm for which everything else is judged.

In The Republic, Plato argued that the goal of life was to align ourselves with a pattern, an Eternal Pattern, one whose origin was not of man’s making. In this way alone could our souls ever possibly be right and just. Not only do Americans need to regain the habits of coming together; they also need habits that can fight against what Tocqueville called “the philosophic method of the Americans.” The ironic trajectory of such a philosophic habit is the tendency to view everything in pragmatic terms. The American pragmatist Richard Rorty’s observation in this regard are worth quoting in full:

People have, oddly enough, found something interesting to say about the essence of Force and the definition of “number.” They might have found something interesting to say about the essence of Truth. But in fact they haven’t. The history of attempts to do so, and of criticisms of such attempts, is roughly coextensive with the history of that literary genre we call “philosophy”—a genre founded by Plato. So pragmatists see the Platonic tradition as having outlived its usefulness. This does not mean that they have a new, non-Platonic set of answers to Platonic questions to offer, but rather that they do not think we should ask those questions anymore. When they suggest that we do not ask questions about the nature of Truth and Goodness, they do not invoke a theory about the nature of reality or knowledge or man which says that “there is no such thing” as Truth or Goodness. They would simply like to change the subject.[3]

For Rorty, it is not the case that questions regarding truth, or the nature of happiness, are considered to have no real knowable answer. Instead, such questions and concerns are deemed irrelevant.

In this light, it is more necessary during this current state of emergency, as we are separated from each other physically, that we embark upon the pursuit of asking those deeply philosophical questions and militate against the temptation to “change the subject.” Democratic habits, norms, and associations will be deeply and permanently crippled without this practice. 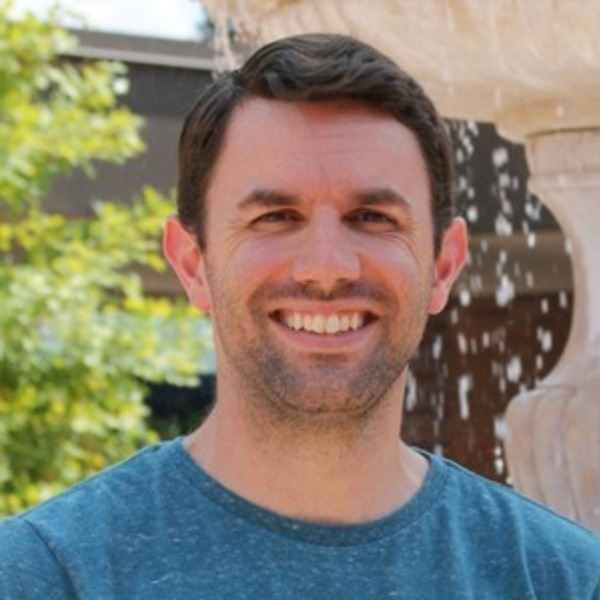 Brian Jones is the Coordinator of Liturgy at St. Anthony of Padua in the Woodlands, Texas. He is also a philosophy PhD student in the Center for Thomistic Studies at the University of St. Thomas in Houston.