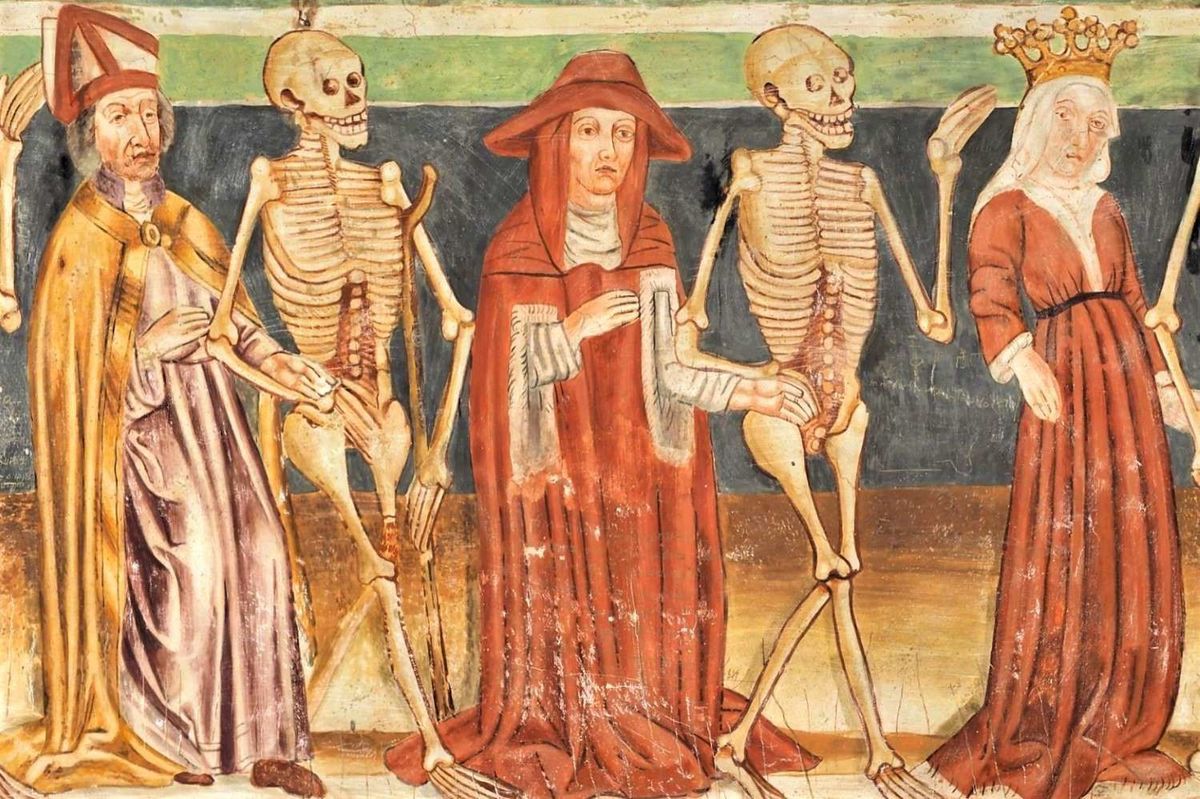 Self-pity nearly prevented me from praying over my own death. On entrance day in the Jesuit novitiate, though excited to begin a new life, I still felt heartbreak when saying goodbye to my family. Parting with them felt momentous. After a tearful goodbye, I withdrew to my new room and prayed for them with my eyes squinting. That sadness stemmed from embarking onto a path—of vowed religious life, one day priesthood—where my parents would not have the wisdom of shared experience to offer me. If I would have begun a family of my own, they could have comforted or counseled me through trials they had already passed through.

Though elated to enter the Society of Jesus, I was also mourning that, if my parents were to have grandchildren, it would not be through me. A future where I married and raised kids of my own was closed. What was once a possibility became a strict fantasy. I grieved what I was saying “no” to as a result of saying “yes” to my vocation. This one particular pain, I believed, would always be there in the midst of a melancholy about a foreclosed upon future. Raw wounds feel like they will never heal. But there was a moment that started to smooth over that hurt. It came from the Spiritual Exercises of St. Ignatius of Loyola, the month-long, silent retreat which is the backbone of Jesuit formation.

At one point during the course of those 30 days, in a line of tradition going back to the philosophical schools of antiquity, Ignatius recommends praying over your own death. “The thought of death,” wrote Pierre Hadot in Philosophy as a Way of Life, “transforms the tone and level of inner life.” For the same reason, the Church begins Lent by marking our foreheads with ashes, celebrating how we ourselves are dust.

In the context of Jesuit formation, this one meditation concentrates the Lenten mood. The novice is to consider whether or not he feels called to profess first vows. Prayerfully imagining yourself during those last breaths, what will you wish you had chosen? I worried that this prayer would be filled with regret about dying alone. I would feel the sting of never finding a life-long lover, never seeing features of myself, such as my moles or my ears, in the faces of my children.

Call to mind the rich young man. Jesus asked him to give everything he had to the poor, then to follow him. But instead, “his face fell, and he went away sad, for he had many possessions” (Mark 10:22). I find an unlikely source helpful in understanding this Gospel. Martin Heidegger’s Being and Time is relevant to this scripture passage because it brings into relief our habit of existential evasion, for quietly suffocating the chance to step into what matters most in life. And that always present temptation to flee what matters most turns out to be an essential feature of being-in-the-world. My world is the place in which I mold my life, but it is also the site I can use to dull the anxiety of which life to choose.

That is what the rich young man did: he returned to the world that Christ called him to abandon. By sinking back into his everyday concerns, into what he was most accustomed, he would come to anesthetize the sadness of saying “no.” Heidegger’s distinction between fear and anxiety is helpful here: while fear makes us retreat into ourselves from something scary in the world, anxiety often drives us away from ourselves into the world. We fall into the world in order to step outside of our inmost being. In this Gospel, the would-be disciple falls into his many possessions to forfeit his life with Jesus.

For Heidegger, there’s no escaping anxiety or the temptation to evade it. So long as we are alive, we will always be in a world that lures us into itself. After all, to feel at home is to feel comfortable. But the things that comprise my world are what make my existence easier and, as a result, can postpone my search for its meaning. When all those little things which make up my home feel too familiar, I cannot imagine myself outside of them. I forget what is essential to my being—what Heidegger bluntly terms our not-being-at-homeness.

To forget my not-being-at-homeness is to treat time as an ever-present resource. Home can create the illusion that there will always be more time. But it is mortality which demonstrates that time is limited and intimately mine. Death, for Heidegger, clearly draws the boundaries where me and my world come apart. On the one hand, time can never be impersonal because it is finite. On the other hand, the time on which the world operates, materialized in the clock, never stops. It is indifferent to me. So the clock I look at everyday conceals the finitude of my time, which is the mystery of time itself.

I do not think that the rich young man intended to close the door to Jesus forever. Perhaps he only meant to keep every possibility alive, both following and not following him. He went back to what he knew in order to keep open every possibility. Everything will be there to leave behind some other day.

I did not want to find out I had made a mistake in becoming a Jesuit, but I prayed anyways. Retreatants in the Exercises do what are called “midnight meditations.” If awakened in the middle of the night, you rise to pray for a full hour. Disturbance from sleep is read as a sign of God’s gentle providence, nudging you to contemplation in the solitude of night. During one of those nights, God nudged me. And when getting get out of bed to pray, I would have preferred to lull the anxiety.

Every time I evaded God something like this happens. When I was emotionally attached to what was being lost in choosing this life, the Lord showed me that it was possible for that loss to no longer dominate my inner life. He showed me how precious my finitude is by making me forget the world I was afraid to leave. God’s surprises never carry the scent of the past. Instead, they open up something that feels new and sidelines the world which encases how I imagine the arc of my life. Even today, going back to this prayer feels like holding open the future.

Heidegger once said, “mortals die their death in life.” It has been true for me. Ignatius, in having us reflect on our death, brings it alive so that it might shape my life today. But Christian discernment is not grounded in Heideggerian thought or in Stoic meditations, even if Ignatius’s practice is distantly echoed by one and draws on the tradition of the other. The clearest sign of this difference is that the Church couples its equanimity toward death with joy. The exhortation to repent, to which Heidegger and the Stoics have some analogue, is incomplete without believing in the Gospel.

In the Spiritual Exercises, meditating on your own death is listed as only an auxiliary path to making a decision of existential import. It is the second way of making a good election. It is an exercise to practice when the soul feels an absence of internal movements, a state when one feels neither consoled nor desolate. Before suggesting the meditation on mortality, the text of the Exercises specifies when the time for making a vocational decision is especially ripe.

Ignatius says there are three distinct moments for making such a choice. But the word he uses, tiempo, connotes not only time but climate: asking about el tiempo can mean asking about the warmth of the sunlight or the chill of the air. By analogy, a tiempo in regard to making an election refers not only to a point in time in which it is good to consider seismic life-questions but the air in and around one’s soul which makes God’s call especially audible. A tiempo refers to a season in one’s inner life when God is known to donate possibilities neither disclosed by all of one’s history nor by grappling with death.

There is a polysemy to time for any Christian. On the temporality of the clock, each year pretends to wedge us farther and farther away from the time when Christ walked the earth. But Ignatius’s notion of time makes sense of how liturgy circumvents the clock-time which so alarmed Heidegger. No matter how many years have elapsed, Lent puts us closer to the death and Resurrection of the Lord. Just as liturgy is creative of time, so too is God in a direct and personal way when calling us to a state of life. About the tiempo in which we are to seize the opportunity to choose, Ignatius writes,

The first time [tiempo] is when God our Lord moves and attracts the will in a way such that, without doubting nor able to doubt [sin dubitar ni poder dubitar], the devout soul follows what it is shown, just as Saint Paul and Saint Matthew in following Christ our Lord.

Rather than incite a ponderous mood passing through the gate of regret, the founder of the Jesuits wants to instill an instinct to sprint toward Christ. And he is right to do so. What would my death-bed meditation be without the voice of the One who reaches into my depths? Christ takes those foreclosed futures and does something else. I will never marry, yet the vow of chastity gives me the oxygen of my prayer life. Precisely because of that closed possibility, I experience Jesus as the one who gives me my own flesh. I will never raise kids, yet I have seen high-schoolers weep cathartically upon just having received the sacrament of reconciliation.

Ultimately Ignatius recommends we draw from the Ars Moriendi tradition as needed. In Being and Time, running-toward-death only ever reveals the projects I most value; but in the Exercises, facing your mortality means running behind Christ. For Heidegger, we vivisect life through contemplating our end; For Ignatius, we accept even death upon recognizing the timbre of Jesus’s voice. In baptizing us, the Church submerged us into the waters of Jesus’s death. But not only that.

Delighting in finitude, the Church intimates a future where the radius of our life and death overlaps with what is fully his. That is the good news about time: the more futures you let Christ seal shut, the more he opens up your grave.

EDITORIAL NOTE: The author would like to extend a deep thank you to his friend Kathryn Polizzi, whose feedback was extraordinarily helpful and encouraging. He is also very grateful to Jeffrey Bishop for his suggestions and insight. 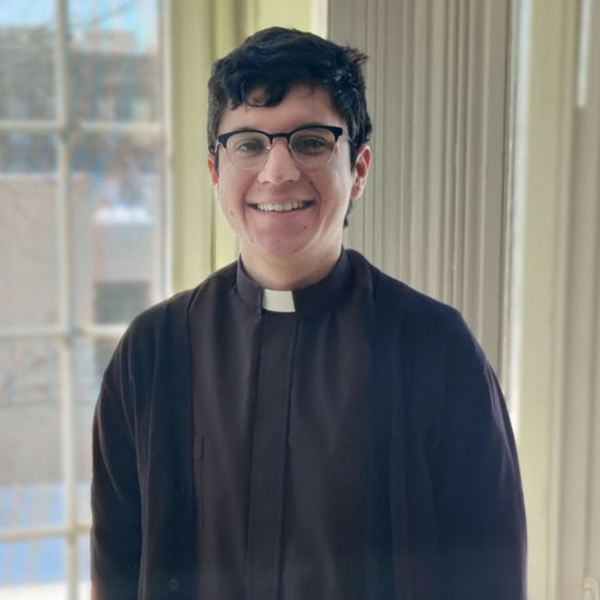 The Origins of Quarantine in Lent

John Panteleimon Manoussakis on the Quarantine, Venice, and a sui generis Lent. 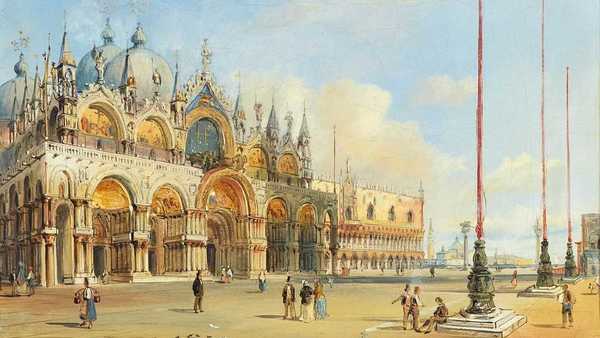