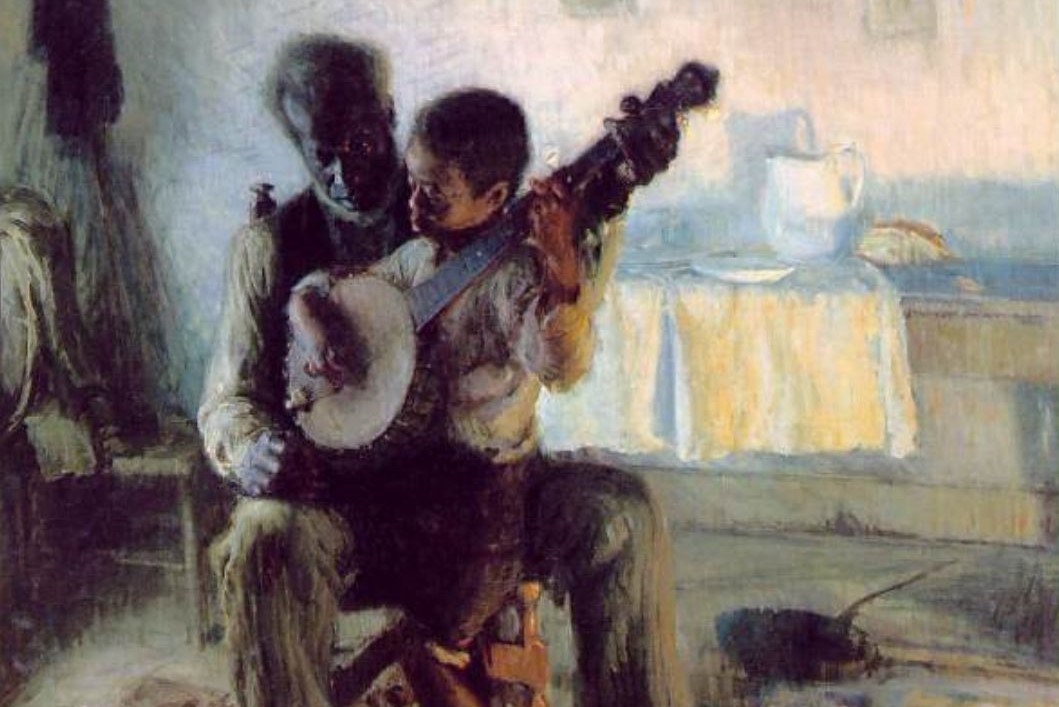 Let us turn then, finally, to the prayers of the slaves, the fugitive wisdom of the hush arbor, and the doxological spirituality that has grown together with black diasporic existence through four long centuries of transatlantic terror and inhumane captivity to the still uncertain conditions of the present. Here we shall seek to remember not only the songs whose sonorous refrains carry the sorrows and hopes of this prayerful tradition through the undersides of American modernity but also the thoughts that these songs communicate. To do this, we shall study the works of one of their most thought-provokingly theological interpreters: James Cone.

As in other cases, so too here, prayer becomes an indispensable source of intellectual and practical insight regarding the mysteries of God and the world. Moreover, it does so in ways that promise to open up a new future for humanity in which the major crises of the modern age will have been decisively addressed and many of the disastrous contradictions that have plagued the historical practice of Christian prayer will have been overcome. In the midst of modernity's ontologically abetted antiblack racism, any spirituality that hopes to be convincingly postmetaphysical and counterviolent must become a black spirituality. It must become a life of prayer haunted by the memory of the slaves and their divinely sustained and divinely oriented desires for freedom.

James Cone expresses the hermeneutical priority of antebellum black spirituality in A Black Theology of Liberation, arguing that it is the inspiration for his “passionate” theological language and the primary “tradition” upon which his theology depends. However, the influence of this tradition does appear to stay largely beneath the surface of the text, giving way to a more overt engagement with primarily nonblack interlocutors. In fact, a similar claim could even be made, though somewhat less convincingly, about Black Theology and Black Power. One has to read this text carefully in order to discern just how vital the spirituality of the pre-Civil war black church is for the overall logic. The general point would be that, in both of these early books, although Cone relies deeply on this prayerful tradition, he does not always specify as clearly as possible when and where it becomes decisive for his arguments. To some extent, this understated approach may account for the complaint voiced by some of his early critics that he does not seem to ground his theology firmly enough in identifiably black sources.

Cone writes The Spirituals and the Blues at least partly in order to address this concern. However, this text does not only enable him to defend the blackness of his theology. It also allows him to clarify the theological and, indeed, doxological character of his account of blackness—which he, therefore, avoids treating merely as a racial or cultural category. In short, the central argument of The Spirituals and the Blues is that neither the historically revealed actuality of God, nor the meaning of black existence, nor the promise of integral liberation that unites the two can be approached adequately today—that is, in the midst of the ongoing aftermath of slavery—without remembering the prayer tradition of the slaves and reorienting the church’s contemporary theology and praxis around it. At this point, the spirituals become explicitly definitive for his entire project of black liberation theology.

Although the blues and other more nearly secular forms of black music inform Cone’s thought, they do not occupy the gravitational center of it in the way that the prayerful songs of the slaves do. Whereas the blues powerfully communicate the harsh realities of black existence in a racist society, the spirituals secure the possibility of a doxological mode of black existence in such a society, and this is the possibility that Cone most directly seeks to realize. Moreover, although he is interested in studying both the spirituals and the blues as “cultural expressions of black people,” this does not imply that his theology is merely an exercise in interpreting cultural expressions.

On the contrary, he incorporates elements of black art and culture only while holding them accountable to a theologically significant tradition of prayer and prayerful reflection that emerges from the songs of the slaves. He defines his task in this way:

There is a complex world of thought underlying the slave songs that has so far escaped analysis. Further theological interpretation is needed to uncover this thought and the fundamental worldview that it implies.

Retrieving the slaves’ prayerful—and, he insists, intellectually rigorous—vision of reality and rearticulating it for today is his primary concern. This is what makes his work theological in a not merely “cultural-expressivist” sense.

It is somewhat interesting to note that Cone now narrates the antebellum black church’s primordial break with the aberrant structure of “white” Christianity in terms of the slaves’ rejection of the slaveholders’ idolatrous—because constitutively racist—style of worship. In this text, Cone treats the slaves themselves as the primary progenitors of the black spiritual tradition. He holds that they certainly remembered some theological insights from the west African traditions of their ancestors, but were also greatly inspired by their primarily oral exposure to the foundational stories and doctrines of the Christian faith.

He argues that the confluence of these elements enabled the slaves to inaugurate a distinctive form of spirituality and theology rooted in a new and liberating experience of God. as he puts it:

They shouted and they prayed; they preached and they sang, because they had found something. They encountered a new reality; a new God not enshrined in white churches and religious gatherings.

Cone shows that, in opposition to all “white” slavery-justifying idols, the slaves discovered a solidaristically black God who loved and sided with them. Moreover, in his judgment, they rightly recognized that this was the only God who was actually worthy of worship in such a racially oppressive society.

Cone distinguishes several features of the slaves’ particular way of contemplating and glorifying this God. He argues that, in their prayers and hymns, they bore witness to a God who created them as beloved and beautiful children, who promised to liberate them like the Hebrews of old, who entered into the most radical solidarity with them through Jesus’s suffering and death, who gave them hope through the glorious event of the resurrection, who freed them from the bonds of sin and despair, and who presently empowered them in their historical acts of resistance against the demonic powers of the slave system.

Cone reconstructs this rich theological tapestry from the mere fragments that we have of the slaves’ largely forbidden, often forcibly illiterate, and yet unmistakably profound spiritual practice. Without referring extensively in this text to secular proponents of black radicalism; neo-orthodox, existential, or political theologians; or any other likely theorists, Cone articulates the major features of his black liberation theology nearly on the basis of the spirituals alone. The point is not that these other sources are no longer relevant; rather, it is that their relevance is determined by their degree of conformity to the integrally doxological spirituality of the slaves.

Ultimately, it is not enough to say that Cone’s thought is partly informed by the spirituals. One must recognize that the spirituals are foundational to his overarching perspective and inseparable from his sense of his own personal identity. He internalizes them through his childhood experience of worship in the Macedonia A.M.E. Church in Bearden, Arkansas. Mediated by this experience, they become for him not merely texts of the past but rather a form of living memory and hope that will be forever deeply ingrained in his own doxologically black existence—that is, in Augustinian terms, in his own confession.

Having alluded to this autobiographical aspect of his work on the first page of The Spirituals and the Blues, Cone emphasizes it again throughout the entire introduction to God of the Oppressed (1975) and weaves it into a more richly textured personal narrative in the first few chapters of My Soul Looks Back (1982). Thus when he discusses the songs of the slaves, he does not do so as an outside observer but rather as an internal participant in their ongoing vitality. In short, they are formative of his Christian and black subjectivity. They are the inner compass that enables him to navigate the complex terrains of a racially divided academy, church, and society.

The constitutive presence of this spiritual tradition continues to be evident in Cone’s For My People (1984), in his essay collections Speaking the Truth (1986) and The Risks of Faith (1999), and even in his primarily historical study Martin & Malcolm & America (1991). Most recently, it emerges as one of the major focal points of The Cross and the Lynching Tree (2011). In this text, he shows how, despite his early critiques of the post-Civil war black church, at least some members of this ecclesial institution managed to preserve the theological promise of the spirituals throughout the lynching era (from roughly 1880 to 1940) and thereby prepared for the rise of the civil rights movement.

Once again, whereas the blues, along with other forms of black art and culture, give Cone access to the often bitter and contradictory realities of black life during this period, the songs of the slaves, as they are passed on from generation to generation, more fully capture his specifically prayerful orientation. Having appreciated the concerns of some of his womanist critics, he draws particular attention to many black women, such as Ida B. Wells, Nellie Burrows, Fannie Lou Hamer, and several others, who relied upon and carried forward this integrally doxological spirituality in their world-changing struggles against racial and patriarchal oppression.

In the end, this same spirituality continues to undergird his kerygmatic affirmation of the paradoxically salvific power of the cross, his distinctively black account of existential courage amid the terror of lynching, and his holistic sense of the historical and eschatological hope of taking black bodies down from the cross. In short, although it has been refined and adapted over the years, Cone’s black liberation theology remains today, as it was in the beginning, deeply rooted in the prayers and hymns of his enslaved ancestors.

EDITORIAL NOTE: This excerpt comes from the book Thinking Prayer: Theology and Spirituality Amid the Crises of Modernity. It is part of an ongoing collaboration with the University of Notre Dame Press. You can read our excerpts from this collaboration here.

Andrew Prevot is Associate Professor of Theology at Boston College. He is the author of Thinking Prayer: Theology and Spirituality amid the Crises of Modernity. 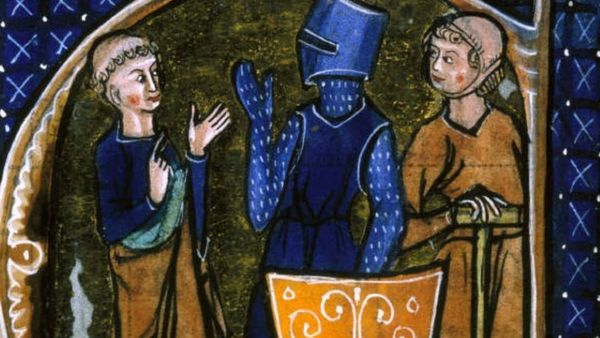