On April 8, 2016, the Vatican published the English-language version of Pope Francis’ post-synodal apostolic exhortation Amoris Laetitia (“The Joy of Love”): On Love in the Family. In the time period leading up to the much-anticipated release of Amoris Laetitia—effectively spanning the [Extraordinary] Synod of Bishops on the Family of October 2014 and the [Ordinary] Synod of Bishops on the Family of October 2015—all categories of the faithful, comprising the clergy and laity alike, offered speculation concerning what the document would entail. This is not to mention that news outlets, mainstream or otherwise, were quick to extend manifestations of pseudo-expertise addressing sentimental perceptions of what Pope Francis would say, or perhaps would not say, in terms of what the Catholic Church professes regarding God, marriage, and family life. Ultimately, in over 250 sprawling pages, Amoris Laetitia revealed that which various realms of the Church should have expected to receive from Pope Francis in the end: his defense, promotion, and embrace of God’s age-old plan for marriage and the family, with the Lord’s love at its theological core.

It turns out to be impractical to consider the merits of Amoris Laetitia by reading it in excerpted form only. On the other hand, when the breadth of Amoris Laetitia is explored, it reveals a sweeping treatise on the remarkable beauty of God’s plan for marriage and the family. Thus, whether a Catholic clergyman, layperson, or religious were to inquire as to the multitude of considerations involved in Amoris Laetitia, reading it all the way through is recommended. Admittedly, and gladly, there has been a series of worthwhile synopses of particular segments of the text, including a summary offered by the Vatican itself, an overview provided by the United States Conference of Catholic Bishops, a compendium of articles authored by the editors at the Jesuit America magazine, and many others. There have likewise been articles written by Bishop Robert Barron, auxiliary bishop of the Archdiocese of Los Angeles, Dr. Timothy O'Malley at the University of Notre Dame, and other Catholic figures committed to underscoring the unique role that Amoris Laetitia can employ in the midst of the New Evangelization.

Since numerous commentaries, often chapter-by-chapter or section-by-section, have already been offered, an in-depth serial inquiry is not the scope of this particular article; rather, a few examples will be considered. One monumental benefit (for many) of Amoris Laetitia is that it allows not only the faithful but also those who may not be as familiar with the Catholic faith to delve ever more deeply into the profound implications of God’s love as manifested within his plan for marriage and the family. There is perhaps as much speculation inside of the Catholic Church as there is outside of the Catholic Church regarding the ways in which the Church strives to reflect God’s love as reflected within marriage and the family, the root of which should be initially accessed in Matthew 19:1–12 (cf. Mk 10:1–12).

Thus, throughout Amoris Laetitia, in too many locations to do justice here, Pope Francis reinforces the beauty of the covenantal bond between a husband and a wife within the sacred marital union. Pope Francis also naturally provides coverage of the special role that children play within the lives of their mothers and fathers, thereby honoring the Kingdom of God by extension. Pope Francis does not mince words regarding the broad quantity of challenges that face not only married couples in and of themselves, but also the very fabric of the role of marriage and the family in society. These have been merely a few considerations as they relate to the content of Amoris Laetitia; no specific citations have been offered here in the hopes of encouraging the reader to take up the privileged labor of exploring the totality of the document. Therefore, in consideration of the vast avenues of content-related writings that have already been issued following the release of Amoris Laetitia, the point in this article is not to provide yet another examination of the theological nuances of the text, because, again, the reader will most directly benefit from considering these in light of the text covered in its entirety.

On that note, in a particular way, Amoris Laetitia offers an invaluable opportunity for teachers of the faith to engage with the text and to use it within their respective courses. Whether a Catholic school teacher or administrator, college professor, RCIA instructor, parish director of religious education, campus minister, young adult minister, or clergy or religious tasked with handing on the faith, any catechist within some capacity or another can utilize Amoris Laetitia to clarify matters as they relate to the underpinnings of the Church’s timeless teachings reflecting God’s divine plan for the wonders of marriage and the family. What follow are some specific ways in which educators in the faith could use Amoris Laetitia within their particular settings:


K–8 theology teachers could use particular passages from Amoris Laetitia to emphasize the interconnected nature of theological principles as they relate to the sacraments in particular. Although K–8 teachers would probably not necessarily find an easy method of making the text accessible to students (Amoris Laetitia does not come with a companion coloring book), and therefore would probably not include passages within their curricula, a teacher at least having a familiarity with the text would be more open to answering some of the greater questions that children might have regarding the frequently nuanced nature of theological matters. For example, a fourth grader learning about the seven sacraments might ask the teacher for an example of how the sacraments are related, and his or her theology teacher could provide an example of how a married couple that frequently receives the Sacrament of Reconciliation is going to be more open to God’s grace within their marriage.


Along with theology teachers in Catholic elementary schools, those in high schools have an even greater capacity to utilize the content of Amoris Laetitia. The language of the text is not such that high school students cannot understand it, at least when the teacher is ready to elaborate on particular terminology. High school students are preparing for college, often followed by marriage, family life, and a career. It is not too early for them to consider the multitude of considerations that go into being open to the vocation to marriage, not to mention what marriage itself entails. Administrators in Catholic high schools (as well as elementary schools, but perhaps more fittingly in high schools, given the adolescent mindset) would likewise benefit from reading Amoris Laetitia in order to—among other considerations—reflect on the broader role of Catholic educational institutions in helping to foster the formation of the whole person preparing for adulthood.


Theology professors in Catholic institutions of higher education can enter even more deeply into the text than can high school theology teachers. Not only do colleges and universities offer a platform for more critical intellectual engagement, but college students are also closer to being “in the world”—preparing for the fullness of adulthood that awaits them beyond collegiate studies. This is not to mention that there are so many “counter-cultural” statements and positions proffered by Pope Francis in Amoris Laetitia—in exquisite conformity with the Gospel—that the text will provide students in Catholic colleges and universities with an understanding of the Church’s teachings about sacramental marriage as they engage with the secular world.


No doubt, these roles are frequently accompanied by many different questions from those who are getting to know the Catholic faith. One of the most significant distinctions between the Catholic Church and other faith traditions is the Church’s celebration of the seven sacraments. Catechists with a keen awareness of the intricate underpinnings of the Sacrament of Marriage articulated in Amoris Laetitia will be that much more prepared to explain the Church’s teachings on the sacraments from a complementary standpoint, as well as to expand upon the beauty of the Church’s teachings regarding the marital covenant.


Campus ministers and young adult ministers engage with populations of the faithful to a unique degree. Supplementing the work of classroom teachers and other catechists, those in campus and young adult ministry provide an important perspective as it relates to the real-life applications of faith. Thus, when discussing the real-life intersections of marriage and family life, those in this role are able to draw those whom they are serving to increasingly appreciate the myriad ways in which married couples and families are themselves a ministry within society. Campus ministers and young adult ministers who have familiarized themselves with Amoris Laetitia are that much more open to comprehending the value of encouraging those whom they serve to remain open to the Lord’s call to marriage.


While it may appear trite or even simplistic to encourage the clergy and religious to read Amoris Laetitia, it is worth encouraging them to do so in order to ponder the remarkable exquisiteness of the manners in which the different vocations within the Church complement each other. After all, without the clergy, we would have no sacraments, and without good and holy marriages and families, we would have no clergy. Without religious brothers and sisters offering fervent prayers for the clergy and laity alike, their fellow disciples would be that much more debilitated when it comes to undertaking their missions and apostolates. The clergy and religious deserve our profound respect and appreciation for their commitment to supporting truly sanctifying marriages and families, and Amoris Laetitia provides numerous reminders of the eternal rewards that can be received in the midst of marriage and family life in accord with God’s plans.


These have been merely a few examples of how those in various ecclesial roles—teachers of the faith in particular—can be spiritually enriched by reading Amoris Laetitia. There are many other considerations that those responsible for catechesis could take into account when evaluating the merits of the text, including:


How appropriate that, with the Holy Family of Nazareth as our model for the charitable ideals at the intersection of the celebration of marital and familial life, Pope Francis concludes Amoris Laetitia with the “Prayer to the Holy Family.” Parents, educators, and all others responsible for handing on the faith might do well to take a moment to offer up this prayer for the continued sanctification of the family and the greater glory of God: 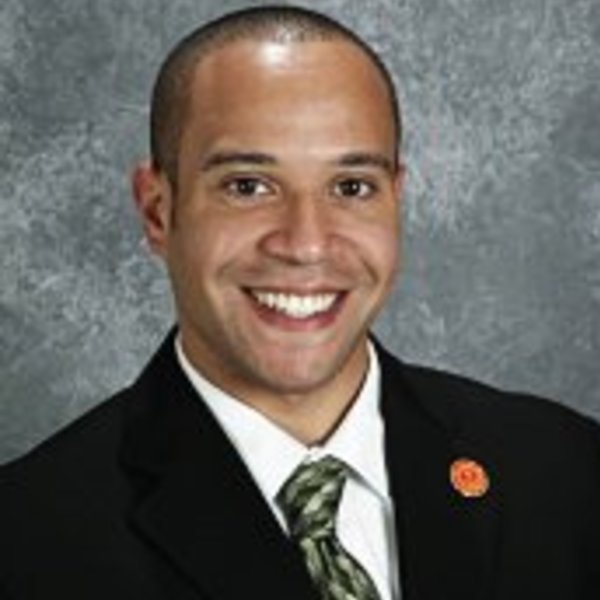