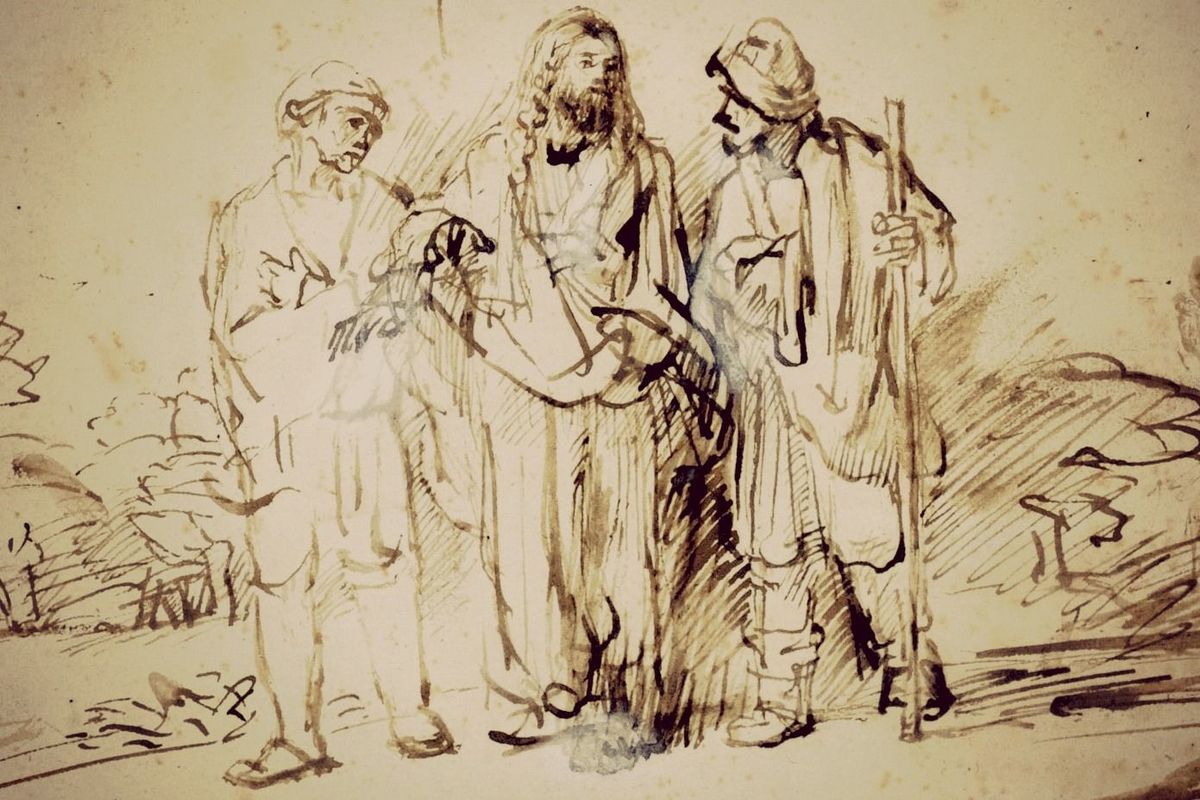 In my years of studying piano, nothing was more fear and nausea inducing than the prospect of performing a solo recital. Being out there on a stage, alone, no sheet music to fall back on, everyone watching, listening for mistakes. On the whole, of course, the experience of performing solo recitals was valuable and formative, but I’m still thankful that those days seem to be behind me. These days, my time at the piano is almost entirely spent in accompanying, and most of this accompanying takes place within a liturgical context. It's no less of a performance, but it’s a different kind of performance.

It’s an interesting verb, accompany, particularly when considered in a musical context. Often in the classical music world, accompanists are (wrongly) perceived as second-class citizens, or at the very least, they are perceived as subordinates to the solo singer or instrumentalist. Accompanists are to be heard and not seen (think about a hidden pit orchestra for a musical or opera); they are not to draw attention to themselves; they are to follow the soloists, cover any mistakes, and never usurp the role of leader.

This misperception of accompanists bleeds over into the world of liturgical music, too: people see (or don’t see) the accompanist and as a result think that she is a subordinate who exists solely to follow whomever is singing. While this is true in some situations (as, for example, when an accompanist follows the lead of a choir conductor), in other situations (as when the liturgical music is being led by a cantor alone, or when there is no cantor), a good liturgical accompanist must display incredible gifts of musical leadership, but not through words or gestures; rather, this musical leadership arises entirely from the way she plays her instrument.

While the majority of this musical leadership is executed in how one plays, at the same time, the liturgical accompanist also leads by listening: adjusting the tempo when it seems too fast or slow for the cantor, decreasing the volume if the congregation’s collective voice is being drowned out, providing additional melodic support for the priest who is hesitant to sing the dialogues. And these are all purely musical considerations; there are liturgical considerations to bear in mind too. For example, a liturgical accompanist must know exactly how long to improvise to cover the rest of the Preparation of the Offerings or the distribution of Holy Communion.

Any accompanist, but particularly a liturgical accompanist, is a far cry from a subordinate who follows blithely and blindly as others take command of the music. Instead, she embodies what it means to accompany someone in the general sense of the verb: “To go along or in company with; to join in action.” When we accompany a friend on a walk, we don’t follow behind them in a subservient position. That would be ridiculous. We walk beside them, at times leading the conversation ourselves, at other times listening as the other person leads. This is the model for the liturgical accompanist, and it is Jesus himself who provides us with the perfect example of what it means to accompany our fellow disciples.

In Luke’s Gospel, we see the risen Jesus join two disciples on the road to Emmaus (Lk 24:13–35). He walks alongside them, asks them questions, listens to them, enters into relationship with them, and yet, he leads them as well. He opens the Scriptures for them, gently preparing them for and guiding them toward the ultimate moment of recognition when he breaks the bread before them. This is the image of liturgical accompaniment: the suffering servant who meets us on the road and listens to us, and yet also draws us beyond ourselves so that we might grow in our understanding and love of God.

It’s no stretch to say that the liturgical accompanist is to become Christ on the road to Emmaus, for indeed all Christians are called to become Christ to one another. The task is simple: to learn to listen to and lead with gentle authority those whom we accompany on the journey of faith so that together we might offer a hymn of praise and thanksgiving to the One who continues to walk with us in the gift of his Son.