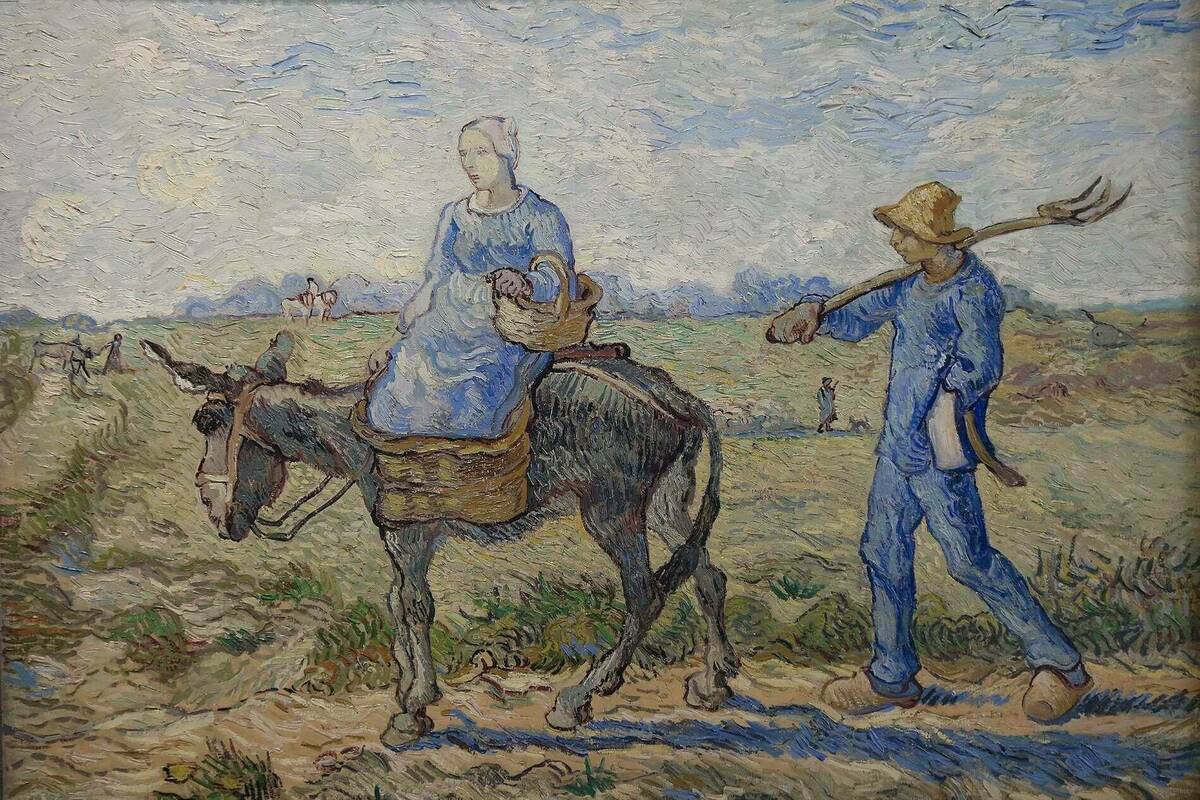 Sometime in the first century CE in Rome, a child disgruntled over educational drudgery etched a curious graffito on the wall of his schoolroom. A delightfully executed donkey turns a millstone, grinding grain, while the accompanying inscription states with all the sarcasm this young scholar could muster, “work, little donkey, as I have worked, and it will be for your benefit.” To be fair, there are reasons to suspect that our reluctant scholar may have been enslaved, and his bitter words may have been, therefore, a response to the harsh physical labor that he endured, in addition to mere schoolwork.

His misery, nevertheless, gives us a rare perspective of a child about schooling in a world where children’s perspectives did not matter. And it brings to the fore the ways in which adults during this back-to-school season sometimes show disordered desires, ones that do not reflect valuing children whom we send off to be educated.

There are so many worries and concerns and big feelings at the beginning of each new year. But too often the things we as parents worry about are not the right ones, and our big feelings in this season are as disordered and distorted by sin as in any other season. My concern here is with locating a theologically well-ordered view of sending children away to school. Hint: maybe rejoicing that they are not underfoot anymore all day, the way it seemed that they were all summer, is not the right response.

Throughout the summer, many a half-jest I have heard in Christian circles, including at church, revolved around parents' longings to see their children finally go back to school. Some mentioned countdowns. And then there was widespread parental dismay when schools in the city decided to postpone the first day of classes by two weeks this year. When that first day of school finally arrived at long last, one dad joyfully and publicly expressed his gratitude at church on Sunday. Many an “amen” rang back from the congregation. It is not that my church or other churches in my area do not love children—I would argue that quite the opposite is true. Still, this anecdotal evidence reminds us that even for loving parents, it can be difficult to rejoice over their children’s company all day, every day, all summer long.

And yet, outright rejoicing over seeing children back in school should give us pause. To go from constant togetherness to separation for much of the day entails a severing of bonds, and should feel like a real fracture. In some ways, the intensity of emotions should echo another drastic separation: the birth of a child, which too marks a moment severing a bond of the ultimate togetherness—the child hidden within the mother’s womb—into existence as two visibly separate beings, individuals with separate desires and thoughts. But the separation brought about by childbirth is natural and foreordained. By contrast, the separation brought about by the end of summer does not have that same sense.

To be fair, for many, the joy of sending children back to school is mixed with sorrow. It is indeed possible for the same parents to feel relief at seeing the kids back at school and to feel nostalgia and a certain tightening in the chest, as they watch them depart—these powerful and conflicting emotions that Robert Erle Barham described so well recently. If we value our children, the emotions we experience around the return to school show at their best that raising children touches a thoroughly pre-modern nerve in our souls. We feel a hint that maybe parenting was not meant to be this way.

This mixture of longings—to see them depart and to see them stay—reminds us of a world not so long ago, when children did not just leave home for ten hours a day. Indeed, this mixture of longings should convict us of an eternal truth about the value of children, a truth that the modern secular view of children as inconveniences, mere hindrances to our real and proper paid work and creative desires, so readily contradicts with every breath. It is that default view in our society that sees children as the opposite of fun and productivity that has become ingrained even in the Church, as declining birthrates reveal. And this view of children drives the widespread societal support for abortion, if not on demand then at least in some circumstances.

But what does it mean to value children properly? For starters, we know what it looks like to not value children, as the world before Christianity was filled with policies that reflect that callous and heartbreaking lack of valuing of human life, especially of newborns. The Spartans, who created the Classical world’s foremost military state, examined all newborns critically. Any babies who seemed weak were thrown off a cliff forthwith. No second chances. A similar law was enshrined in the Twelve Tables, Rome’s first codified law, dating to the mid-fifth century BCE.

Table IV, dealing with the absolute power of the father over his family, noted that “a notably deformed child shall be killed immediately.” Daniel Ogden’s intriguing book, The Crooked Kings of Early Greece, considers myths and legends of maimed exposed infants, like the mythical Oedipus, who grew up to become tyrants and causes of widespread suffering for those they ruled. Some babies, their souls and natural dispositions as crooked and maimed as their bodies, just should not have survived, the myths grimly suggest.

Beyond such outright killing of weak or imperfect babies, people throughout the Ancient Mediterranean also practiced the exposure of otherwise perfectly healthy but unwanted infants. In Egyptian villages, the practice was to leave such children on the village dung heap, from where any interested passersby could rescue them—or not. As a sign of their origin, these rescued orphans received names starting with the prefix “kopr” (dung). If spared death, therefore, they lived their lives with the ignominy of their inauspicious beginning in life ingrained into their very names.

And in the early second century CE, Pliny the Younger, governor of the province of Bithynia, wrote a letter to the emperor Trajan concerning the vast number of exposed infants who have been rescued in his province. Pliny’s question: what is the status of these children? Should they be considered automatically enslaved or free? Some rescuers of these abandoned infants, it appears, treated the practice of finding these children as a trade in human flesh: raise a child for sale as a slave once grown. This investment will pay off, guaranteed!

The Church’s stance in response was revolutionary: it condemned all these practices and historically had a greater valuing of children for their humanity and their worth as image-bearers than the world around it. This did not mean, to be fair, making children into idols—indeed, one of the most powerful early martyrdom accounts, Passion of the Saints Perpetua and Felicity, tells the story of two young mothers who left behind their infants, choosing death by martyrdom for their faith over the possibility of raising their children.

But, of course, the vast majority of Christian parents in antiquity, just as today, do not represent these polar extremes of pagan values or ideals of martyrdom. At our best, rather, we would like to be more like Monica, the mother of Augustine, who sent her child away to different schooling experiences reluctantly, and prayed for his salvation for many years, even as he walked in darkness.

There is a convicting lesson for us here. We may send our children off to school each year. Indeed, even if we feel conflicted about it, we may feel that we have no choice. Homeschooling is a privilege that requires financial resources and/or remarkable job flexibility. I am incredibly privileged to have the opportunity to pursue it, but again, not everyone can. Indeed, my point here is not that the only way a Christian parent can value their child is through homeschooling, that extreme practice of not sending them away daily. Rather, I want to emphasize a change of heart and mind that I would like to see in the Church when it comes to our attitudes towards sending children to school and beyond.

What would it look like for us to parent like Monica today, to view our children, these sinful but oh-so-beautiful image-bearers the way that she viewed Augustine, whether as a colicky infant, or as a recalcitrant pear-stealing teen or a willful young man, eager to deceive, sin, and do life his own way? This valuing of our children should begin with rejoicing over their presence more, both in the summer and during the school year.

And we need to pray not just for them, but also for transformation in our own hearts, so hardened by life in secular modernity and its decidedly corrupt messaging about priorities in the here-and-now. Only then might we send them out, whether to school now or into life as adults, filled with the knowledge that they are cherished children not just of our own flesh and blood, but of the God whose image they bear. 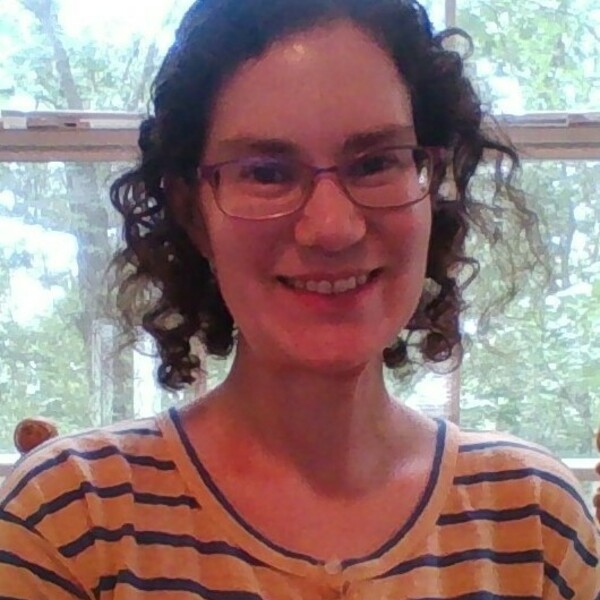 Nadejda Williams is Professor of Ancient History at the University of West Georgia. Her current book project, Cultural Christians in the Early Church, is under contract with Zondervan.

Why Does Higher Ed Throw Women Under the Bus?

Angela Franks on what can be done about it. 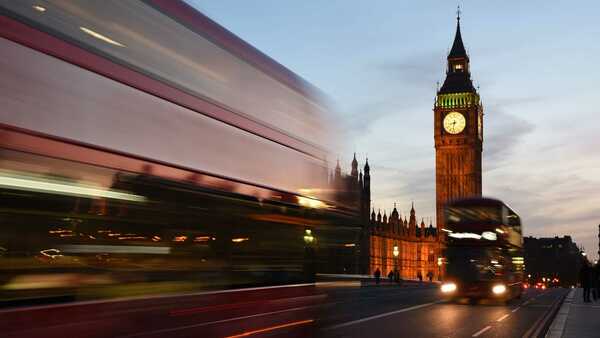