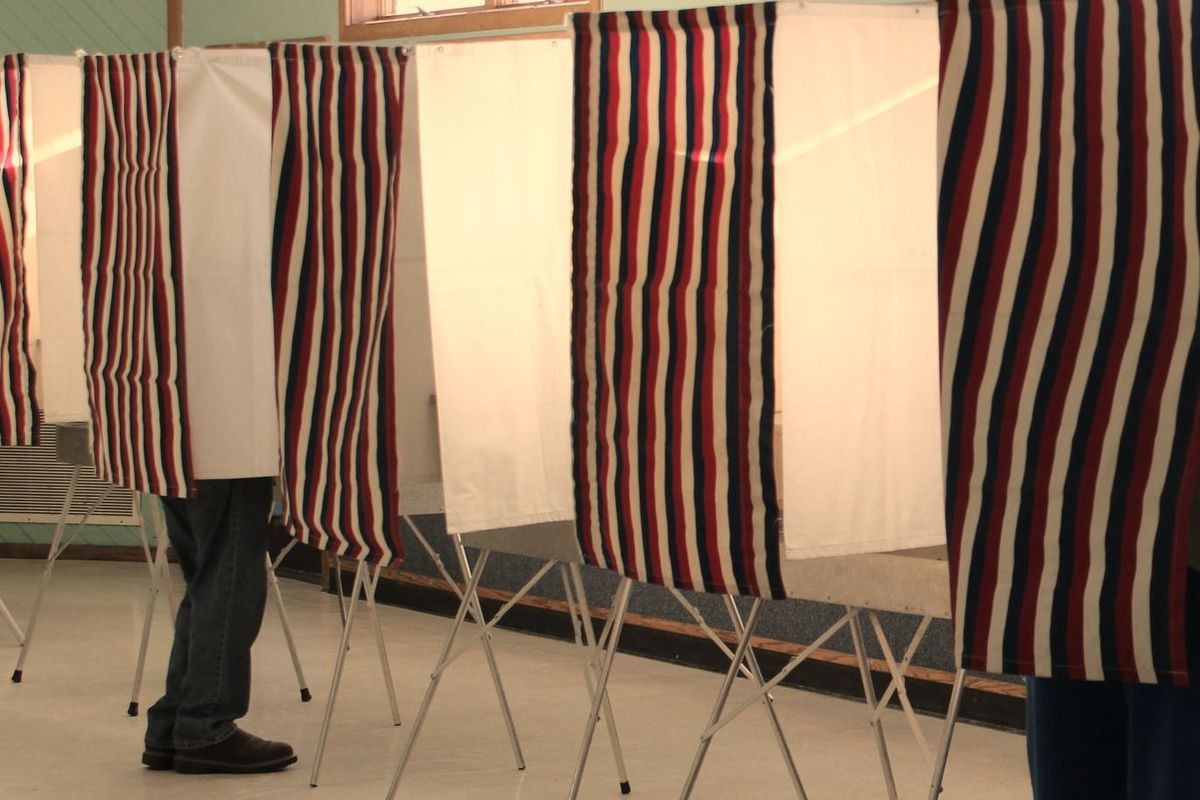 A few times a week, my friend Chris and I email each other news articles about this unbelievable election cycle. Chris works for a media company and likes that he gets to cover such an important story, but he’s also ready to focus on something, anything, else. He’ll often include an update on the countdown to November 8 in his emails. “Just 93 days left.” “Only 70 to go.”

I appreciate these updates because I am equally ready for this thing to be over. My compulsive reading about the election is like rubbernecking at a pileup on the highway. But I am not here to complain.

Instead, I want to suggest that, as Georgetown University’s John Carr likes to say, the Catholic Church’s most counter-cultural teaching is that politics is a good thing. Yes, despite our extreme polarization and our presidential candidates and the incivility in our current discourse, politics is a good thing and worth a holy effort to save.

Where does the Church get such an unpopular idea? In its best form, politics is nothing more—and nothing less—than making decisions about how we want to structure our communities. God has made us social creatures, a truth reflected in the very first pages of Scripture, when Adam and Eve were given to each other so they would not be alone. Figuring out how to live well together is one of the most fundamentally human things we can do.

Pope Francis addressed this theme with his trademark directness and charm during a daily Mass homily in 2013. “Politics, according to the Social Doctrine of the Church, is one of the highest forms of charity, because it serves the common good. I cannot wash my hands, eh? We all have to give something!” he said. “A good Catholic meddles in politics, offering the best of himself, so that those who govern can govern.”

There’s a lot valuable stuff to unpack in those sentences. Let’s look at three of the Holy Father’s short phrases.

The common good is a central theme of the Catholic Church’s social teaching. Pope St. John XXIII described it as “all those social conditions which favor the full development of humanity” in his encyclical Mater et Magistra (§20). In other words, what do individuals and communities need not merely to get by, but to flourish?

The Catholic tradition judges our societies based not on how well those at the top are doing, but on how well those at the bottom are cared for. This bottom-up orientation comes from straight from Jesus, who tells us that he himself is present in the faces of the hungry, thirsty, stranger, naked, ill, and imprisoned (cf. Mt 25:31–46). St. Teresa of Calcutta picked up on this theme, calling the desperately poor she served “Christ in his most distressing disguise.” We are called to build our communities with this sort of reverence for those who are marginalized.

A priest friend of mine uses the old “teach a man to fish” proverb to illustrate the role of politics in working for the common good. Sure, it’s better to teach a man to fish than to give him a fish, but what if the water is polluted or there’s a fence built around the lake, keeping the hungry and poor out? What if the common good is compromised because access is limited? Scenarios like that require speaking up for justice to those who have the power to make changes. That’s politics.

Politics can lead to expanded access to healthcare and high-quality education, give the poor a hand up on the road out of poverty, safeguard human life from the womb until natural death, fight systemic racism, and transform war into peace. Politics is the best way to assure that the rights of those who are most vulnerable are protected.

While direct assistance to those in need is essential—like feeding the hungry and housing the homeless—politics can move societies toward long-term, community-wide solutions to big injustices. And this is why Pope Francis calls politics “one of the highest forms of charity.”

At a faith-sharing gathering I went to a couple of years ago, one of the attendees said she just couldn’t pay attention to the news anymore because the stories were so relentlessly depressing. I could relate. The temptation to disengage from current events is so strong. Politics has the potential to be such a powerful vehicle for good, but we know that it’s often a breeding ground for corruption and injustice.

Pope Francis subtly acknowledges this temptation with his “we cannot wash our hands” line. Yes, there is evil around us, especially in politics. But it is because of this very evil that we are called to get involved. Our job is not to condemn politics, but to help redeem it. This is part of the human mission laid out in Genesis 2, when God places Adam and Even in Eden to “cultivate and care for it” (2:15), a responsibility passed down to us descendants. We don’t get to bail. God requires our cooperation to take care of the planet and his children living here.

In the United States, one common reason Christians give for avoiding politics is fear of violating “the separation of church and state”—a phrase that doesn’t even appear in the United States Constitution, by the way. While our country’s founders didn’t want the government to sponsor or impinge on any particular religious tradition, the U.S. Bishops argue that people of faith have the “moral obligation” to use their free speech rights to bring their values and voices to the public square (Forming Consciences for Faithful Citizenship, 13).

When I think of faith-based political action, I remember a few powerful meetings I have attended with elected officials, sitting alongside undocumented, Catholic immigrants who were there to speak up in favor of comprehensive immigration reform. They said things like, “Because of my faith, I believe that every person is a child of God and equal in his eyes. I think it’s wrong that my family has to live in fear that I’ll be deported. Our immigration laws have to change.”

A good Catholic meddles in politics.

So if politics is a high form of charity and cannot be ignored by people of faith, what’s a good Catholic’s meddling supposed to look like?

I bet the first thing that comes to mind for a lot of us is voting, especially during this election season. We are blessed in this country with the ability help shape our own destiny by electing political leaders—a human right that the Catholic Church argues should be accessible in all nations. The U.S. Bishops have a document called Forming Consciences for Faithful Citizenship that’s meant to help Catholics prepare to vote. This is an essential element of political involvement. But there’s so much more.

Georgetown’s John Carr also likes to say that if politicians go wherever the wind blows, it’s our job to change the wind. There are 1532 days between the 2016 presidential election and the one in 2020. That’s a lot of time to raise our voices in legislative advocacy, speaking up with and for those who are often pushed to society’s margins. Our elected leaders should be hearing from Catholics all the time about issues that affect the common good, via phone calls, emails, handwritten letters, and in-person meetings. They should not be able to tell which party we belong to, as our Church’s consistent defense of the most vulnerable means we agree with Republicans on some things and Democrats on others—and often not matching up perfectly even when we do agree.

Our national Bishops’ conference, state-based Catholic conferences, and nonprofits like Catholic Charities and Catholic Relief Services monitor legislation and send out action alerts when key votes are coming up at various levels of government. As November 8 approaches, absolutely do spend some time reflecting on how you will vote and why. But on November 9, consider asking yourself how you might practice politics in the days between elections.

Whatever Catholic meddling in politics looks like, it should always be rooted in prayer. Pope Francis said all these things about politics while preaching on St. Paul’s First Letter to Timothy: “First of all, then, I ask that supplications, prayers, petitions, and thanksgivings be offered for everyone, for kings and for all in authority, that we may lead a quiet and tranquil life in all devotion and dignity” (2:1–2). In other words, pray for your political leaders. They need it. Also, pray for guidance for the rest of us, as it will only be through reliance on God’s grace that we’ll be able to build a politics that reflects divine peace, justice, and love. 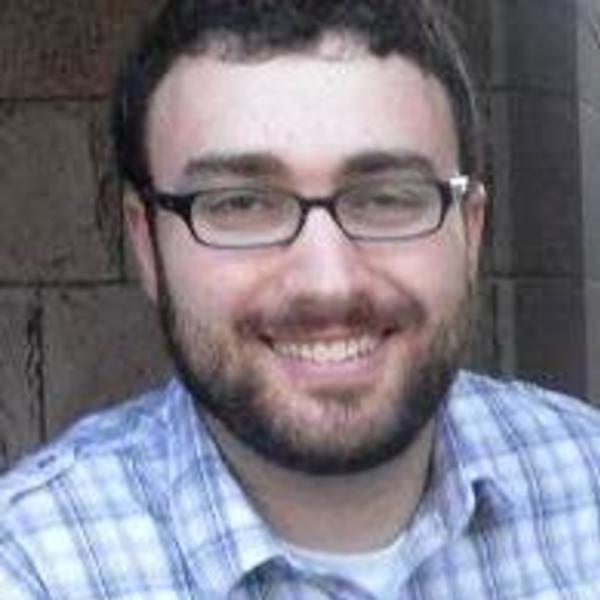 Mike Jordan Laskey is the director of Life & Justice Ministries for the diocese of Camden, N.J.