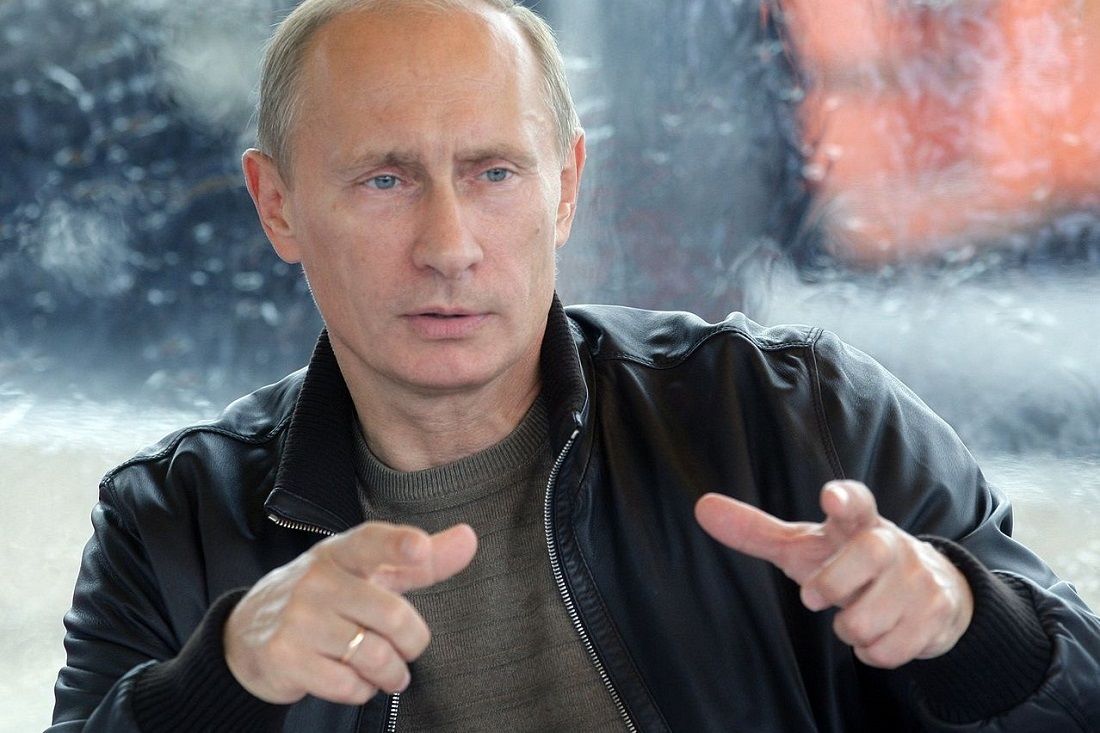 Joni Mitchell is a wonder of the world. In my reckoning anyway. And not because I found a home in Canada. She long ago decamped to a canyon in California, apparently without looking back.

In any event, a song of hers, “Woodstock,” got me thinking recently. In its most quoted stanza, she distills stark mystery to an enduring enchantment, somehow preserving the essence of each. The result is an anthem of its age, and beyond: “We are stardust, we are golden. And we've got to get ourselves back to the garden.”

Through the alchemy of her lyrics, Mitchell endows a material fact with wings that carry it through deeper dimensions of its truth, pointing, along the way, to an anthropology at once vital, cosmic, and profoundly hopeful.

According to Planetary Scientist, Dr Ashley King, Einstein & Kavli Fellow at Stanford, “It’s totally 100% true: nearly all the elements in the human body were made in a star, and many have come through several supernovas.” In fact, it is possible some of those elements have their source in the Big Bang itself. Never mind getting older, you are already ancient!

Born of unity, we yearn for the return to it. What else are hugs, if not physical expressions of this yearning—kisses, more intimately so. Sexual union is the ultimate coming together; with children, the fruit of a season, and compass through them all. Why then, do we subvert unity in the myriad ways we do? Why is the present cultural moment such a demolition derby of division?

It may seem odd, but for reasons I hope will soon be clear, I suggest starting with a brief look at the Russian government’s role in elections not their own. Many seemed utterly shocked by the active measures operation launched by the Kremlin in 2016. Much of that reaction surprised me, although it probably should not have. Given our weakening grasp of history, how likely are we to be aware “divide and conquer” has been a staple of (not only) Russia’s tsarist, Soviet, and hybrid-era-of-Putin, statecraft? I am not about to step into the polemical bear-trap of the operation’s details, or possible beneficiaries. I propose it, instead, as an external example that speaks to an essentially internal phenomenon.

The Russian aim has less to do with vote totals than undermining confidence in a process. Specifically, the American political system; casting it as corrupt, then waiting to reap a harvest of doubt and division. The further proliferation of both since news first broke, suggests it is working. It is therefore in our common interest to recognize that to be divided is, in some sense, to be already conquered. Furthermore, in order to proceed with appropriate vigilance, it is just as important to recognize the Russians, God love them, are not entirely to blame for the virus going around. They merely nurtured seeds in what they correctly wagered was fertile soil.

There is an insight that would seem to get us fairly close to the heart of things. It goes like this: in the philosophy of the East, what needs to be proved is the existence of the self. In the West, it is the reverse; a la Descartes, with Berkeley doubling down, the self is the reality outside of which all else, including the world and other beings, is dubious till proven otherwise.

At this point, we’re painfully aware of the cultural snare, oddly dubbed, identity politics. Like Penny Lane, it is very much in our ears, and in our eyes. And, with barely a squint, the connection between it, and that Western view of self, racks to revealing focus. Identity politics, it turns out, is a sad irony. For what passes as identity here is, in fact, inherently, radically, self-insistent. With each new grievance a new sub-identity emerges, indicting enemies from a pool of usual suspects, as well as those amazed to be cast, suddenly, in the part. Indeed, yesterday’s confederate becomes today’s foe with dizzying regularity. To the less inflamed eye, the syndrome is, in truth, a hunger. One that grows ravenous on its present fare — and in a pattern similar to cancer, whose cells, unlike their healthy counterparts, divide without stopping.

In this case, the agents of division are human. The insistence may be confused, but it is willful, and as potentially hazardous. No stardust here. With little to build on, or with, it is, rather, a race to a dead-end of identity, shrunk beyond meaning. More benevolently: Wile E. Coyote, the moment he realizes he has overshot the cliff. Less benevolently: he is taking us with him. Nothing that has been said should be mistaken for a dismissal of injustice, the individuals and groups burdened by it, or the need for genuine remedy.

I do suggest that, if remedy is what we are really after, the modus operandi of identity politics is not just the wrong way to it, it is no way to it at all. What it lacks is gaping, and fatally flawed, namely, acknowledgement of personal culpability, in the first instance, on the part of everyone, in every social wound. It is the default position of authentic humility, upon which noble things can be built.

Spiritual, but not religious. From a certain angle, this slogan is understandable. But, scratch the surface, and chances are surface is what you will find. It is, in fact, the mantra you might have heard from the little guy who built his house from straw—before that big, bad, wolf huffed and puffed him to roofless reappraisal. Finger pointing, and other forms of virtue-signaling, are precisely such straw. In a time of wolves, and harsh weather, it is not nearly enough. In service of the common good, righteousness builds with mortar and brick. In the Eastern Liturgy of St John Chrysostom, the prayer before Communion includes this astringent:

I believe, Lord, and confess, that you are truly the Christ, come into the world to save sinners, of whom I am first . . .

If this strikes us as odd, it likely says more about the miasma in which we currently move, than the moral realism of the confession.

To be honest, I am at a point where it has become almost impossible to take seriously any grievance, outrage, or cause (no matter how ostensibly just) that has not begun in a deep embrace of this personal culpability. Recognizing it is not very difficult. Inflamed behavior, including speech, drives wedges, and increases division. This can only occur in an environment acutely lacking in humility, and its twin, gratitude. Pointing this out is beginning to seem almost counter-cultural. No large mystery. As we disavow our wisdom traditions, we nevertheless hold onto the moral vocabulary of those traditions. And for good, if unexamined, reason. Meanwhile, we toss the very experience and discipline that are their source. The result is an incipient anti-wisdom tradition. And, it is fierce.

Beginning personally, with what Bill Wilson called, “a fearless moral inventory,” is not exclusive to Christians, Eastern, or otherwise. Most of us have mirrors. In them we see the face of someone who has gifts, as well as the proclivity to undermine them, and so, harm the world by depriving it of what it needs us most to be. In the Christian tradition, hope is, indeed, regarded as a theological virtue. And yet, as the lyrics of the song illustrate, it is also, elemental, in a thoroughly universal, material, sense. We are stardust. We are golden. Never more, than when exercising our gifts in the unity of love, for the sake of all, and union of All. 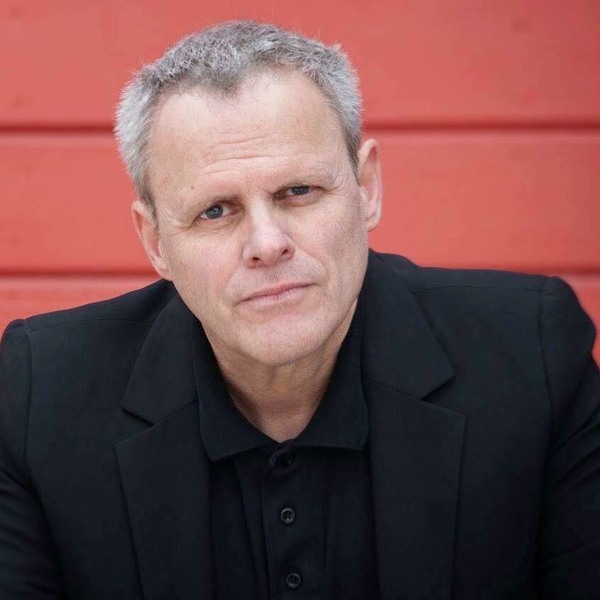 Tim Kelleher is the former New Media Editor at First Things where he wrote and directed the documentary film, The Creed: What Christians Profess, and Why it Ought to Matter. A Film/TV actor, writer, and director, his credits include, Thirteen Days, Inception, and NCIS. He did his graduate study in theology at The Catholic University of America, and is a frequent contributor to First Things, Real Clear Religion, and other publications.

Santa Is Real, But He's Dead (to the World)

Jessica Hooten Wilson reminds us of the otherworldly life of the real St. Nicholas. 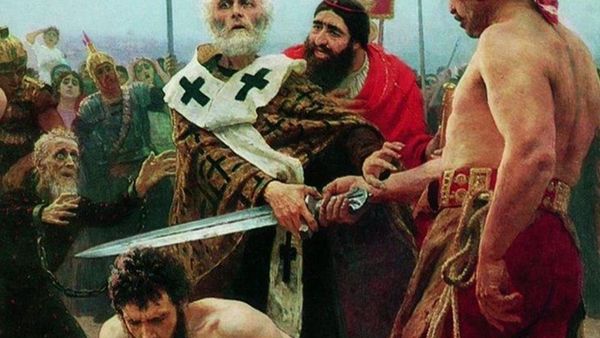