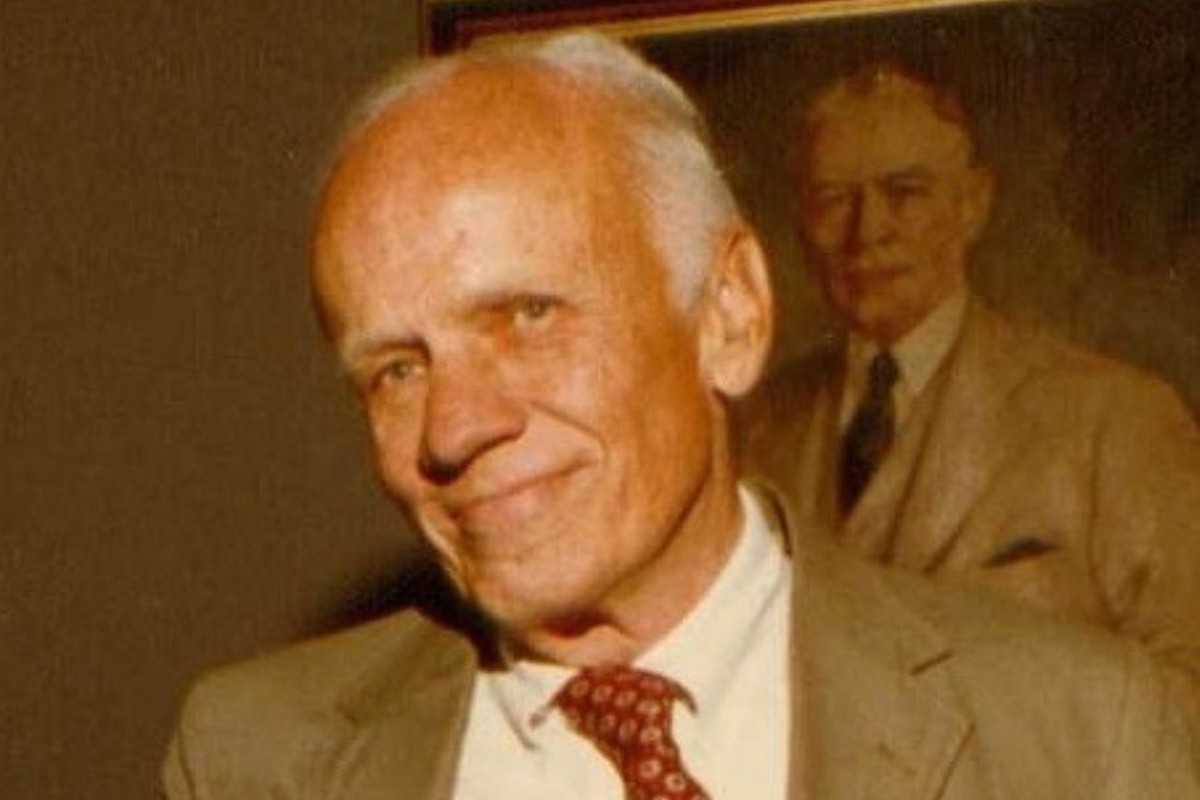 Now in these dread latter days of the old violent beloved U.S.A. and of the Christ-forgetting Christ-haunted death-dealing Western world I came to myself in a grove of young pines and the question came to me: has it happened at last?
—Walker Percy, Love in the Ruins

To enter my office this morning, I broke through yellow tape that read “CAUTION: DO NOT ENTER.” My office is located behind our university cathedral, over whose doors this tape is stretched, barring the way. Something strange about security tape sealing off cathedral doors. Yet, the cathedral bells, unhampered by such warnings, still ring every hour. The apocalyptic tone of world events have me feeling like a Walker Percy character; we were all lost in the cosmos until the current threat of worldwide contagion loomed upon us.

In Percy’s novels, the heroes are a strange bunch, all cut from similar cloth: they are outsiders, able to see what others around them cannot. They know they are pilgrims, that human beings are essentially wayfarers, yet they are none too sure about the destination. Depressed by the general aimlessness of the human condition, these heroes—or antiheroes—hope that the bomb falls, that the Soviets press a button, the stock market crashes, and that the world will end sooner rather than later. If the world is ending, then suddenly they know what to do, how to act. If there are only moments left to live, these characters feel the urgency to love well, be good, do something that matters. However, how to go on existing during an ordinary Wednesday afternoon?

Our situation during the COVID-19 outbreak shares much in common with the setting of a Percy novel. At regular intervals, politicians claim to be at “war” and employ figurative language about “battling” and our greatest “weapons.” The grocery store shelves are empty of organic chicken and Charmin; we must settle for frozen turkey and Scott’s, and someone on Twitter had the audacity to bless hand sanitizer and sell it at an exorbitant price. Most concerning has been our loss of human connection. We can no longer visit our grandparents and hold their soft-skinned hands. Our walks with friends are walks alone with earphones. Instead of lunch with colleagues, we must settle for faces via screens and meetings from our couches. Even church is being hosted via Livestream; we miss eating his Body and drinking his Blood.

For Percy, communion with people in particular places, the sacraments, and the liturgical calendar were the great antidotes to our malaise (Percy’s word for the “everydayness of our lives”). The vast majority of Americans are “humanist and ninety-eight percent believe in God,” his hero Binx Bolling reflects in The Moviegoer, “and men are dead, dead, dead; and the malaise has settled like a fall-out.” We are zombies, ghosts in unfamiliar shells, divided beings who sometimes prioritize our physical needs and other times transcend ourselves with false spirituality. But, with either temptation, we do not know who we are.

The interaction with other beings physically saves us from the loss of self. By kissing his fiancé Kate’s hand, where she has been anxiously shredding her fingers until they bleed, Bolling overcomes his hatred for his fellowman. In Love in the Ruins, Dr. Tom More, “the Bad Catholic at the end of the world,” stops floating above reality in his abstract thoughts about science saving all of humanity only by partaking of the sacraments—confession, Eucharist, marriage. How are those of us who cannot be with each other in our spaces and who are unable to feel the wafers on our tongues to be saved from the malaise?

Percy writes stories about the end times so that we may be stirred out of our death-like states and live meaningfully. In The Second Coming, a sequel to The Last Gentleman, Will Barrett is no longer a seeker, as he once was in his youth; he is an old man and has lived a successful life. He married well, made a fortune, and now plays golf to bide his time. His situation may resonate with our own. Whereas other Percy heroes, like Bolling, endure the peace that feels like living death or, like More, strive to survive the looming apocalypse, which offers him the urgency of life, Barrett desires a third option: “Everybody thinks that there are only two things: war which is a kind of life in death, and peace, which is a kind of death in life. But what if there should be a third thing, life?”

Here we are, in the 21st century, fearing an unseen sickness that could hospitalize or kill those we love, while having no way to fight it but to sit and wait. What should life look like here? In Barrett’s words:

God may be good, family and marriage and children and home may be good, grandma and grandpa may act wise, the Thanksgiving table may be groaning with God’s goodness and bounty, all the folks healthy and happy, but something is missing. What is this sadness here? Why do folks put up with it? The truth seeker does not. Instead of joining hands with folks and bowing his head in prayer, the truth seeker sits in an empty chair as invisible as Banquo’s ghost, yelling at the top of his voice: Where is it? What is missing? Where did it go? I won’t have it! I won’t have it! Why this sadness here? Don’t stand for it! Get up! Leave! . . . Go live in a cave until you’ve found the thief who is robbing you. But at least protest. Stop, thief! What is missing? God? Find him!

We have our families, some of us have our health, and the world continues on, “Why this sadness?” Or, “Why this boredom?” We should protest. We should be like Hamilton in Lin-Manuel Miranda’s version and sing, “I’ll never be satisfied” or Augustine in his Confessions, “Our hearts are restless until they rest in you.” Protest the sadness, Barrett admonishes us, and seek God.

Even as thousands of deaths tally higher each day, the malaise has settled, and we have become satisfied with a lackluster existence. “We are far too easily pleased,” C.S. Lewis says in his “Weight of Glory” sermon:

It would seem that Our Lord finds our desires not too strong, but too weak. We are half-hearted creatures, fooling with drink and sex and ambition when infinite joy is offered us, like an ignorant child who wants to go on making mud pies in a slum because he cannot imagine what is meant by the offer of a holiday at the sea.

Our schedules get cleared for months; our children sent home from closed schools, and what do we do? Either we make a list of work—learning a new language, trying a new hobby, increasing our children’s educational activities—or we throw productivity out the window in rebellion and declare that we will be streaming Netflix and allowing our children to play videogames and eat cupcakes. Neither road moves us towards our destination as human creatures and both routes will soon be overtaken by despair.

In Only the Lover Sings: Art and Contemplation, Josef Pieper redefines leisure rightly as “contemplation.” When Aristotle said, “We work so we can have leisure,” he did not mean, Pieper explains, “recreation, entertainment, amusement, play . . . Wouldn’t it be quite nonsensical to think of work as drawing its justification from play?” Apparently not. Plenty of us put in our hours at the office, so that we can return home and veg out in our recliners. “Veg out”—to become like a vegetable. Are we not meant for something more? Pieper reminds us that we were made for an “activity which is meaningful in itself [and] cannot be accomplished except with an attitude of receptive openness and attentive silence.” Namely, contemplation, or the love of God. We work, so that we can have the time to enjoy and worship God, in all the places that God might be found.

In Percy’s novels, the heroes do not change the world, and they minimally change their lives and behaviors. What changes is their vision and their motivation. On the outside, Binx Bolling seems to alter very little from the beginning of The Moviegoer to the end: yet, he has opened himself up to the possibility that “God himself is present here.” He is attentive to the possibilities of God’s presence, and thus, not in despair. Barrett goes a step farther by answering his own question, moving from potential to acceptance. In his conversation with Father Weatherbee about marrying Allison, he wonders, “Is she a gift and therefore a sign of a giver? Could it be that the Lord is here, masquerading behind this simple silly holy face? Am I crazy to want both her and Him? No, not want, must have. And will have.”

What changes when we look for God in our daily activities or when we seek his face in those around us? Does it not make a great deal of difference to how you treat your child? For instance, if you see her as participating in God’s incarnation, a fellow pilgrim on the road to paradise, versus your property, your image, and thus your charge to form into a success story? And, when we consider the day before us not as an empty schedule to be filled, but God’s gracious and gratuitous gift of time, how then might we live differently?

With a true vision, we may offer back to the Giver our minutes in gratitude, thankful for what we have been given to love and enjoy. Just as I, in my quiet office alone behind bars of yellow tape, hear the cathedral bells ring, so too, if we all attend more to the bounty than to the deprivation, then, in this season of uncertainty and potential desperation, perhaps it will be possible, even here, to find God?

Reasons for Reading the Decameron Even After Coronavirus Is Over

Stephen Metzger on what Boccacio's classic has to say theologically. 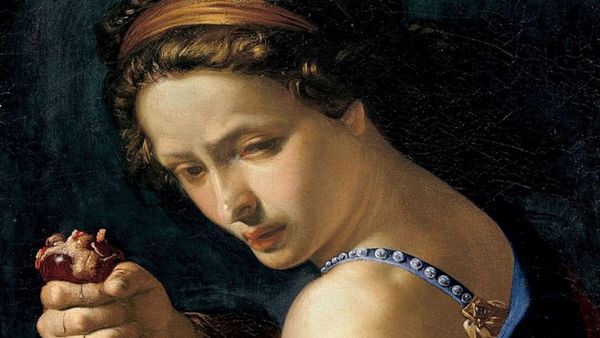